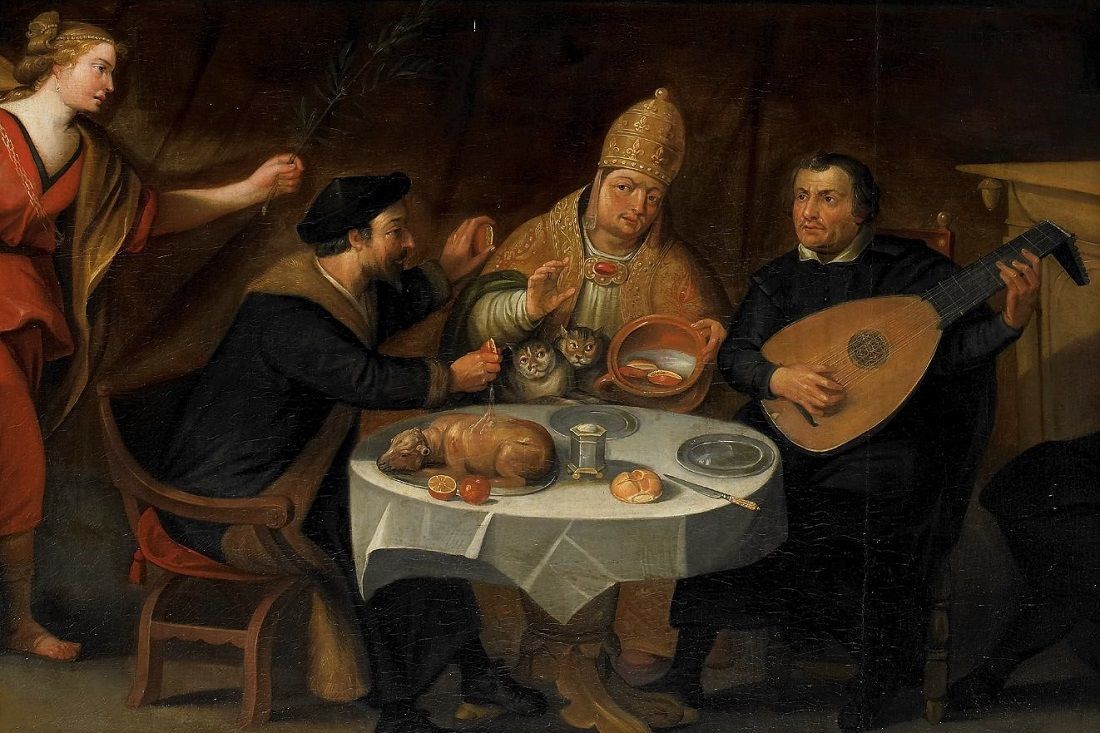 The titles lining the shelves labeled “fiction” in your typical evangelical bookstore will not be sold in a hundred years. Those novels will never be taught in a college classroom as literature, and they will never transform anyone’s heart, mind, or soul. Rather, those books are meant preach to the choir. And, I mean preach. The reason that Protestants do not create as much literature as their Catholic counterparts has more to do with ecclesiastical habits than with theology.

While there are many Protestants who have written phenomenal novels (Marilynne Robinson comes to everyone’s minds, but also think of Larry Woiwode, Leif Enger, Frederick Buechner, or Wendell Berry), one cannot speak of “Protestant literature.” It is wellnigh impossible to say anything monolithically about a “Protestant Church,” which is why there may never be a college course entitled “Protestant Novels.” There are similarities across the Protestant imagination—focus on the Word of God, preference for message over mystery, claims over sacraments, hymnody over iconography, realism over enchantment, and so forth. Unfortunately, didacticism translates poorly into story. Fiction is made up of mystery and images. Thus, Catholic modes of worship tend to foster an imagination more inclined to artistic creation. Protestants have to work to invite these features back into their imaginary.

Some have argued that the “novel” as a genre is essentially Protestant. Although Joseph Bottum agrees that Don Quixote from Catholic Spain appears as the progenitor of the form, he claims the genre developed because of the “Protestant presentation of the spiritual journey of the main character as a unique self.” I would argue that medieval saints in the Catholic Church, such as Francis and Clare of Assisi, had already popularized the turn towards the personal. In literature, Dante based his entire epic The Divine Comedy on his personal spiritual journey. If anything, the Protestant churches promoted the memoir genre and the self-help book, but there were several hundred years of Protestants denouncing fiction as false. Remember that when John Bunyan decided to write Pilgrim’s Progress, he felt compelled to apologize to the church for penning fiction. We are still experiencing the hangover from this misunderstanding.

On the other side of the church (one of its various sides), Catholic authors never worried over whether or not to write fiction, or to use metaphor, to approach truth about God. More than that, Catholic writers rarely hesitate to dive into inferno, battle the devil head-on, confess the ugly darkness within, or portray grit and violence in their work. Perhaps it is the legacy of Dante. Not that the Church itself was without naysayers. Flannery O’Connor was always being harangued by the good Catholic ladies of Milledgeville, Georgia for not writing “nice” stories. But, on the whole, Catholic authors have worried less about sanitizing their stories for the sensitivity of readers.

Reading Catholic fiction may be step one in cultivating an imagination that invites Protestants to consider God’s mysteries. That imagination opens us up to a world where, even though the things of God are often invisible, there is access to true ideas of the Christian faith that have been less emphasized in Protestant culture. For instance, Protestants know we are fallen, and that all goodness comes from God’s work through our impious nature. When we read Graham Greene’s The Power and the Glory, we experience the truth of this knowledge as the whiskey priest finds himself in prison, the worst criminal of the lot, and only the reader—not the protagonist—sees God being glorified in the story.

Or, Protestants may know cognitively that all shall be well, all manner of things shall be well. But this understanding is lived out in the comedic endings of Catholic novels where happiness does not equate to the most stuff for the most people, but often the suffering or death of a saint-in-process who is fated for the beatific vision. Most of O’Connor’s heroes fall into this pattern. We watch Hazel Motes blind himself to see spiritually, his hollow eyes granting vision to the heretical Mrs. Flood, who glimpses the light as he passes. Likewise, Francis Tarwater burns the ground where he suffered sexual assault, and the flames spiritually burn him clean within, marking him as a prophet now stalking towards the city to preach the terrible speed of God’s mercy.

O’Connor wrote primarily of Protestant characters in the South, so it is not her subject matter that is particularly Catholic. It is the nature of her fiction, the way that she writes. In her stories, words are things; every detail has a sacramental quality. We must read the stories on their literal plane as well as for their spiritual import. Catholic fiction teaches us then how to better read the Bible, which demands the both/and reading of the letter and spirit.

If you read J.F. Powers’ Morte d’Urban, for example, the novel may strike you as the slightly humorous failures of an all-too worldly priest. Father Urban has succeeded as a business operator on behalf of his monastic order, intending to bring about good ends with worldly means. Yet, a golf ball becomes an act of God, and Urban discovers the opposite is true: that God asks that we be faithful in the means and let him compose the ends. These novels may not be reduced to life lessons. Their spiritual meaning must be experienced to transform our imaginations. Again, the same may be said of reading scripture. We cannot simply attend Bible studies or hear sermons that summarize the message of the Lord’s revelation. We must read the text to be changed.

Last weekend at Duke University’s Theology and the Arts conference, poet Malcolm Guite and theologian Judith Wolfe contrasted elements of C.S. Lewis’s with J.R.R. Tolkien’s theology of the arts. At first Guite argued, drawing on an episode of The Great Divorce, that Lewis considers the role of the arts to be primarily about offering those of us on earth glimmers of the transcendent, whereas, Wolfe contended that Tolkien considered artists sub-creators. She drew on Tolkien’s “Leaf by Niggle” in which the artist sees the painted tree of his earthly imagination become materialized in the next world. Upon closer inspection, Lewis suggests, that perhaps artistic creation of the Tolkien-kind occurs “further up and further in,” to echo Aslan. If we read Lewis in light of Dante—the epitome of a Catholic writer—he suggests that, after we pass the sun, after we exit earth’s shadow, we will be blessed with true sight and thus able to glorify God with art made by his lights.

I bring up this episode because it revealed what I consider to be true about the relationship between Protestant and Catholic writers—we need one another’s vision. Lewis needed not only Tolkien’s friendship (and Tolkien admits many times to his dependence on Lewis), but also Dante’s art, and Chesterton’s and other of the Catholic luminaries before and during his time.

Over the weekend of Sept 19-21, 2019, the third Catholic Imagination Conference take place at Loyola University in Chicago. The first conference was held at University of Southern California and the second at Fordham University. This is a gathering of Catholic writers across the country who are invested in these questions: Dana Gioia, Ron Hansen, Tobias Wolfe, Alice McDermott, and others. As we gather together to discuss the future of the Catholic imagination, the more significant question seems to be, not about big-C Catholic imagination, but about little-c catholic imagination, which includes Protestants. How are we—the whole church—going to continue cultivating, for both readers and writers, the ecumenical and eternal Christian imagination?

What Is the Catholic Imagination?

Michael Murphy, Director of the Hank Center at Loyola University Chicago, invites you to reexamine a hotly debated notion. 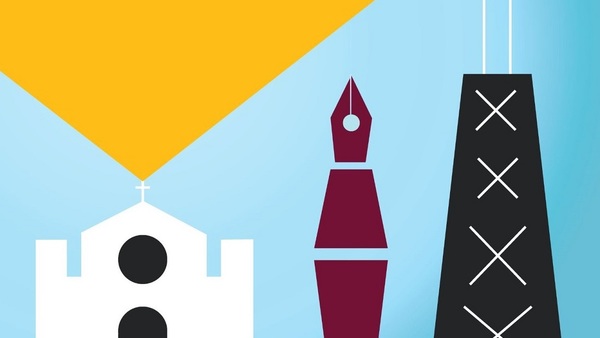