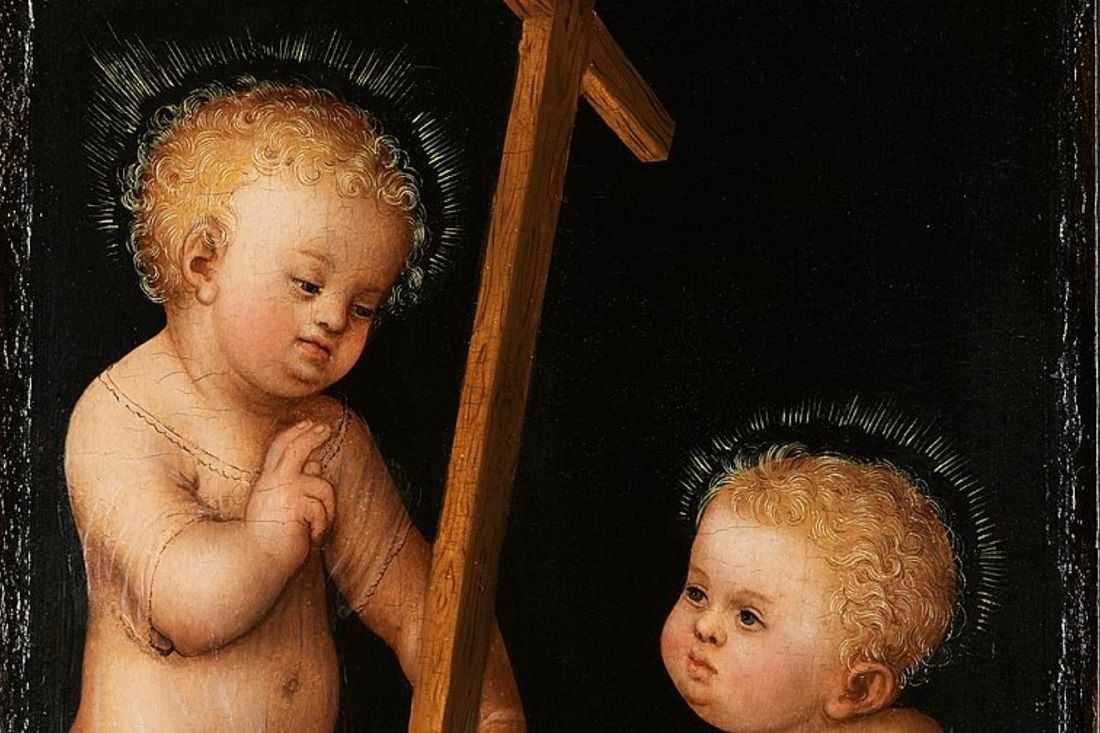 You know, sometimes I imagine what any decent agnostic of average intelligence might say, if by some impossible chance one of those intolerable praters were to let him stand awhile in the pulpit, in his stead, on the day consecrated to Saint Thérèse of Lisieux, for instance:

“Ladies and gentlemen,” he would begin, “I don’t share all your beliefs, but I probably know more about the history of the church than you do, because I happen to have read it, and not many parishioners can say that. (If I’m wrong, let those who have signify in the usual manner.)

“Well now, I know you’re not inclined to worry much about what people of my sort think. And the most pious among you are even very anxious to avoid all discussion with infidels, in case they were to ‘lose their faith,’ as they put it. All I can say is their ‘faith’ must be hanging by a thread. It makes you wonder what the faith of the lukewarm can be! We often call such poor creatures shams and hypocrites; but we can’t help feeling rather sad about it all. For though you’re not interested in unbelievers, unbelievers are extremely interested in you. There are few of us who at some point in our lives have not made a tentative approach in your direction, were it only to insult you. After all, put yourselves in our place. Were there but one chance, the smallest chance, the faintest chance of you being right, death would come as a devastating surprise to us. So we’re bound to watch you closely and try to fathom you. You’re supposed to believe in hell. So I think that when you look upon us, your comrades on earth, it might at least be with a fragment of compassion, such as you would not refuse to anyone serving a life-sentence here. Mind you, we’re not expecting any ridiculous demonstrations, but still the very thought of your dance-partners, bridge-partners, holiday companions going to grind their teeth and curse their Maker for all eternity—surely that ought to have some effect on you.

“Yes, we were drawn to you. But now we’ve decided that you’re not very interesting after all, and it’s rather disappointing. And we hate to think what fools we were, ever to have hoped in you, and to have doubted ourselves, our own unbelief. Moreover we can’t help noticing that though the faith you profess makes little difference to your lives, since like ourselves you indulge in moderate doses of the six deadly sins, it poisons your melancholy pleasure by the extreme importance attached to the seventh, presumed to be ‘mortal.’

“My dear brothers, when you are not possessed of that heroism without which a Christian is no more than a hog, it is by the neurotic quality of your lust that you are instantly recognizable. You must really believe in hell. You fear it for yourselves. You await it for us.

“How amazing that in the circumstances you are so entirely lacking in pathos!

“Christian ladies and Christian gentlemen, if ever you were to be filmed unawares, you would be staggered to see on the screen an entirely different person to the motionless double in your mirror. In the same way it is possible that by dint of examination of conscience you have gradually discovered in yourself qualities which with time have grown so familiar to you, that you innocently believe everybody can see them. But we can’t see your consciences! On the other hand, your vocabulary is within our reach far more than you are—though for you the meaning has doubtless been weakened by long use. But it makes us think, I can tell you! What about that mysterious expression: in a state of grace? When you come out of the confessional, you’re supposed to be “in a state of grace.” Well—nobody would think so. We’re wondering what you do with the Grace of God. Should it not be shining out of you? Where the devil do you keep your joy?

“You’ll say that’s none of my business. If such joy was given me, I wouldn’t know what to do with it. Maybe. You generally talk in that acid, revengeful way, as though you hated us for the pleasures of which you have deprived yourselves. Can they be so precious in your eyes? Alas, we don’t think so much of them. You seem to take us for animals who find in exercising their functions of digestion or reproduction, a source of inexhaustible delight, ever renewed, ever fresh, as though such indulgences were forgotten the instant they were over.

“But I assure you the vanity of vanities has no more secrets for us. The most bitter verses in the Book of Job or Ecclesiastes can teach us nothing we don’t already know, and they have already inspired our poets and painters. If you will give the matter thought, I think you will agree that we are rather like the men of the Old Testament. The modern world is as harsh as the Jewish world, and its incessant clamor is the same as that heard by the Prophets, thrown up to the skies from huge cities along the water-side. The silence of death is haunting us also, and we answer it, as they did, by cries of hate and of terror.

“And we worship the same calf. To worship a calf is not, I assure you, the sign of an optimistic people. We are corroded by the same leprosy of which Semitic imagination bears the hideous wound throughout the centuries: the obsession of nothingness, the impotence—almost physical impotence—to conceive of the Resurrection. Even in the days of Our Lord, with the exception of the small community of Pharisees, the Jews had little faith in future life. Perhaps they yearned for it too much—a yearning from the loins, which devours us too. Christian hope never quenches a thirst of that kind, we know. Hope slips through us, as through a sieve. You may say that Israel was awaiting the Messiah. We are awaiting ours. And in the same way again, we are not too sure of his advent: and for fear, also, of seeing our last illusion fly away from us, we rope it firmly to the ground; we dream of a carnal Messiah: Science, Progress, by which we should become masters of the Earth.

“Yes, we are men of the Old Testament. You may say that in such case our blindness is even more culpable than theirs. I disagree. In the first place, there is no reason to suppose that we should have crucified the Savior. You cannot get away from the fact that deicides are of the edifying class. You may say what you like, and try all you can to get away from it, but deicide can never again be regarded as a crime for the rabble. It is a most distinguished, a very unusual crime reserved for opulent priests, sanctioned by powerful middle classes and intellectuals. (In those days they were called scribes.)

“You may snigger, my dear brothers, but it isn’t the Communists and Blasphemers who crucified Our Lord. And forgive me if I have a good laugh, too. You naturally consider the New Testament inspired, you lay emphasis on each verse of that Holy Book, and can you never have been really struck by the insistence of Jesus on generally white-washing a class of persons, who—to say the least—could hardly have been described as judges, solicitors, retired generals (not forgetting their virtuous spouses) nor even—between ourselves—as the clergy? Aren’t you a little disturbed by the fact that God should have reserved His most stringent maledictions for some of the very ‘best’ people, regular church-goers, never missing a fasting day, and far better instructed in their religion—saving your presences—than the majority of parishioners today? Doesn’t such a huge paradox attract your attention? We can’t help noticing it, you know.

“It is no answer to say that God has entrusted Himself into your hands. The hands in which Christ entrusted Himself, of yore, were not friendly hands: they were consecrated. That you should have succeeded to the Synagogue, and that such succession should be legitimate, is of no consequence.

“We are waiting to share with you a gift which you proclaim to be priceless, and we don’t want to know whether God entrusted Himself to you; we want to know what you are doing with Him!”…

“Dear friends, I’m afraid my exordium is getting on your nerves. But I was distressed by your bad opinion of us, and I am doing my best to make you revise it. I don’t think your opinion is thought out, or deliberate. You see unbelievers as they are, and Christians as they should be—an unfortunate misapprehension. Or rather you see us as indeed we should be, if you were Christians, according to the spirit of the New Testament. For then you would have had the right to condemn our callousness. But do you think it is exactly pleasant to be described daily as the enemies of God by folk so highly supernatural as yourselves? Such a qualification didn’t matter very much to our fathers or grandfathers, in the days when your orators were continually invoking against us the sacred rights of freedom of conscience. But for us it might mean the regrettable solicitude of a ‘crusading’ general.

“No, dear brothers, many unbelievers are not as hardened as you imagine. Need I remind you that God came in Person to the Jews? They saw Him. They heard Him. Their hands touched Him. They asked for signs; He gave them those signs. He healed the sick and raised the dead. Then He ascended once again to the heavens. When we seek Him now, in this world, it is you we find, and only you. It is you, Christians, who participate in Divinity; it is you, ‘divine men,’ who ever since His Ascension have been His representatives on earth.

“Well, you must admit that one would hardly know it at first glance!

“The Saint whose festival it is this day will not mind my speaking as a child. For I am but a child grown old and burdened with inexperience, and you haven’t much to fear from me. Fear those who are to come, who shall judge you. Fear the innocence of children, for they are also enfants terribles. Your only way out is to become children yourselves, to rediscover the heart of childhood. For the hour shall strike when questions hurled at you from all points of the earth shall be so urgent and so direct, that you will not be able to answer except by yes or no. When a professor hears a particular murmur slowly rising in a hall, barely perceptible as yet, if he pile on authority and gravity, that supreme effort will be his final downfall. The meeting flounders in a shout of laughter.

“Christians who listen to me—that is your peril! It is difficult to follow on a society that has floundered in laughter, because even the fragments will be useless. You will have to build it all up again. You will have to build it up under the eyes of children. Become as children yourselves. They have found the chink in your armor, and you will never disarm their irony save by simplicity, honesty, and audacity.

“You will never disarm them save by heroism.”

Editorial Note: This excerpt from The Great Cemeteries Under the Moon is used by permission of Cluny Media, all rights reserved. 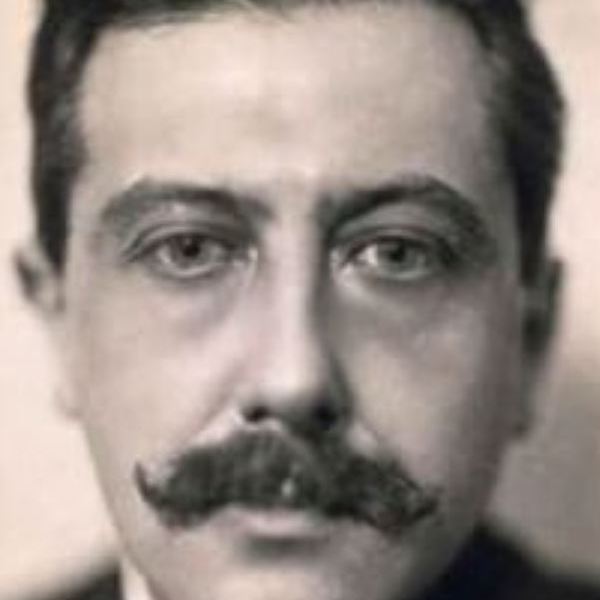 Georges Bernanos (1888–1948) was a French author and critic, and winner of the Grand Prix du roman de l’Académie française in 1936 (for his novel The Diary of a Country Priest). A devout Roman Catholic, Bernanos wrote numerous novels, stories, and essays on the nature of faith, society, and suffering.