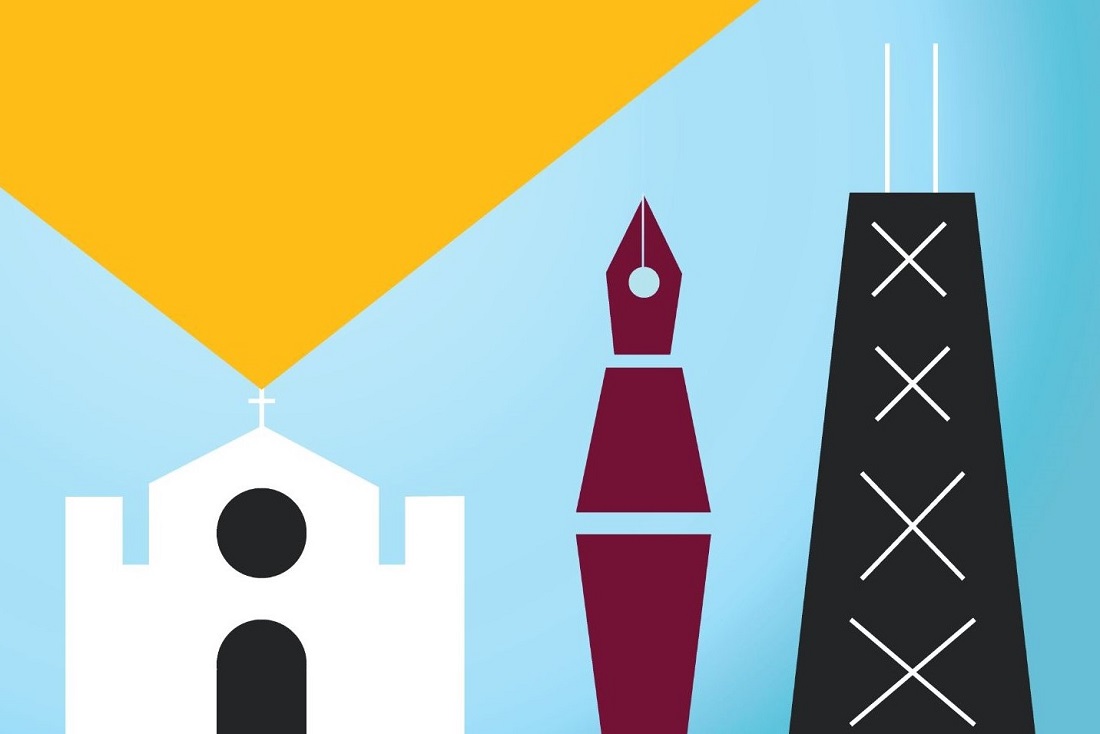 The Catholic imagination, with its diverse expressions of creativity and its compassed epistemologies of receptivity, refers to the faculty of creatures for critical, contemplative, and intellectual engagement with the living God. It is a habit of making and seeing with a long tradition to consider and continually retrieve. To follow its most articulate commentator, Hans Urs von Balthasar (who never used the term explicitly), the Catholic imagination is implicit in any theological aesthetics, taking the form in Balthasar of lay and clerical “styles”—styles of creativity in prayer, prose, and poetry inseparable from “unique divine mission” and particular “historical existence.”[1]

While there are scores of styles to encounter and behold, the Catholic imagination is most penetrating and fruitful when organized around key attributes and qualities—some cultural, some critical, and others theological. Of course, as an interdisciplinary scholar of theology and literature, I am ever concerned with integral approaches to the concept—and I keep a running list; but I also hold that theological credibility is the linchpin in any valid model. The attributes and qualities that are closest to core Catholic mysteries (the Incarnation, for example) are the ones that are not only most transformative and vibrant, but are also the ones that, more often than not, make for good art.

Let us fix our focus on one such attribute: the complexio oppositorum—the “complex of opposites”—as a consideration of it will illustrate habits of creation and interpretation. In an orienting insight offered by Notre Dame President Fr. John Jenkins at a conference on Catholic identity, he mused that “the primary feature of being Catholic is to hold two completely opposite things up together and to proceed as if they are not opposite.”[2] Jenkins’s astute observation discloses something central about any credible notion of a Catholic imagination and is undergirded by a long tradition of Catholic philosophy and theology. Thinkers as disparate in location and concern as Pseudo-Dionysius (i.e. Denys) and Michel de Certeau have contemplated the intellectual contours of the complexio finding in its dynamism pathways to understanding where infinite concepts (mysteries like the Incarnation) become understandable and describable without compromising their integrity or illimitability.

Perhaps the greatest teacher and exponent of the complexio oppositorum was Nicholas of Cusa (1401-1464), a German theologian and polymath who articulated the dynamic as the coincidentia oppositorum (the “coincidence of opposites”) where, as Cusanus scholar H. Lawrence Bond observes, "It is not a question of seeing unity where there is no real contrarity, nor is it a question of forcing harmony by synthesizing resistant parties. Coincidence as a method issues from coincidence as fact or condition that is resolved in and by infinity."[3]

The coincidence of opposites, to integrate the famous sub-species of “dialectical” and “analogical” imaginations located by David Tracy transcends even these categories.[4] For Cusanus, the coincidentia oppositorum, because it discerns intelligibility precisely in “coincidence as fact,” overcomes both the dialectical (an approach, according to Tracy, favored by Reformed Protestantism) and the analogical (favored in Catholic traditions) and therefore exceeds the limits not only of discursive reasoning, but even the resolutions of metaphor and synthesis so prized by the theological and philosophical traditions of Western thought.

Both the complexio and coincidentia speak to the existential mystery of both naming and navigating opposites—a central component in any authentic consideration of Catholic anthropology and our lives in God.  This “both/and” orientation, a shorthand tossed around perhaps too carelessly in these conversations, is present and discernible in particularly resonating ways in poetry, literature, and the arts. As Tracy famously asserts (most recently here), religion’s “closest cousin is not rigid logic, but art.”[5] The both/and gymnastics achieved by image, metaphor, and symbol, disclose a kind of transcendental geometry, one that, according to von Balthasar, coincides to proclaim the “double Yes” so central in Christological understanding.[6]

Lest we get too airborne here (or lurch shamefully into the pedantic), let us find ground in an example from the great Flannery O’Connor. As the most advanced practitioner of the late modern Catholic literary imagination, there is a reason why O’Connor occupies hallowed ground and still demands our close attention. In her character, Ruby Turpin—from the late short story “Revelation”—the both/and coincidence of opposites shows itself in Ruby’s unexpected examination of conscience at the apogee of the tale: "How am I a hog and me both? How am I saved and from hell too?”  This pivotal moment—one of many in Ruby’s sustained revelation—prepares the reader for the oft-cited hierophany that concludes the piece where she, her husband, and all the proper Christians “accountable as they had always been for good order and common sense and respectable behavior” are bringing up the rear on Judgment Day. Incredulous, they stand behind the dearly beloved of God, “battalions of freaks and lunatics shouting and clapping and leaping like frogs,” with mouths agape.

As O’Connor well knew, the complexio oppositorum is both in and of the Imago Dei, and expresses itself as an attribute of the divine. But neat Neoplatonic propositions often collide with the reality of the Gospel as God enters into humankind not as unity, but as conflict. God is both a disruptive and fecundating “advent of  a gracious catastrophe” to say it how O’Connor says it, appearing almost always, as Denise Levertov, another witness to the complexio has it, as “destructive construction,” where apparent opposites dissolve into the unity of theological mystery.  It is God alone who negotiates contraries in ways that “burn our virtues away,” put “bottom rails on top,” and make straight crooked things—especially things (and people) hubristically convinced of their own moral rectitude or spiritual merit.

Understood in its most practical sense, the Catholic imagination is a faculty of intellection. Far from trafficking in fantasy and escape, the imagination functions as a tool for holistic cognition in order to apprehend and discern the real. As G.K. Chesterton has it in The Everlasting Man, the imagination helps us to “see what is there” and to see it with “unspoilt realism” and “wonder.”[7] Speaking to a gathering of leaders of Jesuit universities in 2010, former Fr. General, Adolfo Nicolás likewise locates the imagination as a “profound engagement with the real.” He sees it as a practice in Christianity, more habitus than reflex and a means of prayerfully encountering the world “so vividly described in the Gospels themselves; a world of suffering and need, a broken world with many broken people in need of healing.”

In his conception, Nicolás not only insinuates the sacramentality of imagination—another core attribute of the Catholic imagination—but also subtly indicts contemporary understandings of the imagination, errors that excavate the imagination of philosophical clarity and theological power. He is most astute, constructive, and prophetic when he observes that the imagination “is a careful analysis (dismembering) for the sake of an integration (remembering) around what is deepest: God, Christ, the Gospel” thus illuminating a host of errant thinking and foul practice in one broad stroke. It may be due to widespread historical amnesia and spiritual fatigue, or it may be due to new iterations of Pelagianism and narcissism, but late modern conceptions of the imagination are quite adept at dismembering and are less disposed to “re-member.” The result is a failure to re/view and reconstruct our experience by the imaginative negotiation of opposites, a failure that comes with a high spiritual and cultural price tag. Just ask Walker Percy.[8]

In his concluding contemplation in Lay Styles on Charles Péguy, a poet he profoundly loves, Balthasar lasers-in on the revelatory function of the complexio oppositorum that resides at the heart of the Catholic imagination: "It is a classical harmony; not, however, an angelic, heavenly, eschatological harmony, but rather a harmony between heaven and earth, between grace and sin, the solidarity of all the world’s sounds in the all-embracing motif of the poor and powerless Christian love, powerful in its powerlessness."[9]

God speaks in Péguy’s poetry through the very mouthpiece of paradox in order to disclose the unceasing event of Jesus, ever alive in existence, ever alive in the creation and contemplation of the arts of the beautiful, the “adventure by which my Son has tied my hands./Tying the hands of my justice for eternally, untying the hands of my mercy for eternally./And against my justice, inventing a new justice.”[10] Our encounter with the arts is an encounter with the real—is quite literally the Glory of the Lord. Under Péguy’s pen—and in the great work of artists, theologians, and critics possessed of a Catholic imagination—we transcend paralyzing dualisms in order to behold the most human reality there is, that “the ‘flesh’ of the Word touches our flesh, and in him God becomes our neighbor.”[11]

The Catholic imagination is alive and well today. Sure, it is celebrated at toney galas where playful guests arrive in bejeweled ball gowns inspired by kitsch interpretations. Such exercises in hybridity and appropriation in cultural production are nothing new, and the coincidence of sacred and profane is another one for the complexio. But the Catholic imagination, to insert one more “both/and,” can stand the heat. It is also practiced more systematically—and more prayerfully—by a community of writers, poets, filmmakers, and critics at the bi-annual Catholic Imagination Conference.

Its third installment will take place at Loyola University Chicago, September 19-21, 2019 (there is still time to register!). These are most vital, exciting days in this tradition and Catholic artists, theologians, and critics are hard at work for, as Balthasar observed well, “the Spirit is empowered to utter a fresh and central answer to every situation.”[12]

Our task is to enter into that mystery at every opportunity with eyes, ears, hearts, and minds wide open. A well formed Catholic imagination demands nothing less.

[1] Hans Urs von Balthasar, The Glory of the Lord: A Theological Aesthetics: Volume IiI: Studies in Theological Styles: Lay Styles, trans. A. Louth, et.al (Edinburgh: T&T Clark, 1986), 10. The genealogy of the term “Catholic Imagination” is interesting. Clearly, imagination is primary—from creation to the Incarnation and beyond—and has always been implicit in the sacramentality of Catholic thought, practice, and worship. In regards to late modern theological discourses, while one can draw a direct line from David Tracy’s The Analogical Imagination; Christian Theology and the Culture of Pluralism to Andrew Greeley’s The Catholic Imagination (2000), the concept was also taking hold well outside of the University of Chicago pipeline. Balthasar, again, is key; and his translator and commentator, Erasmo Leiva-Merikakis, lectured on theology, literature, and the imagination in the 1980’s at the University of San Francisco. Steve Schloesser, SJ, who has formidable corpus on related topics, taught a course called “The Catholic Imagination” in the 1990’s at GTU, Berkeley and elsewhere.

[4] For a fuller consideration of these essential distinctions, see David Tracy, The Analogical Imagination: Christian Theology and the Culture of Pluralism. New York: Crossroad Publishing Company. 1981.

[8] “You live in a deranged age - more deranged than usual, because despite great scientific and technological advances, man has not the faintest idea of who he is or what he is doing.” 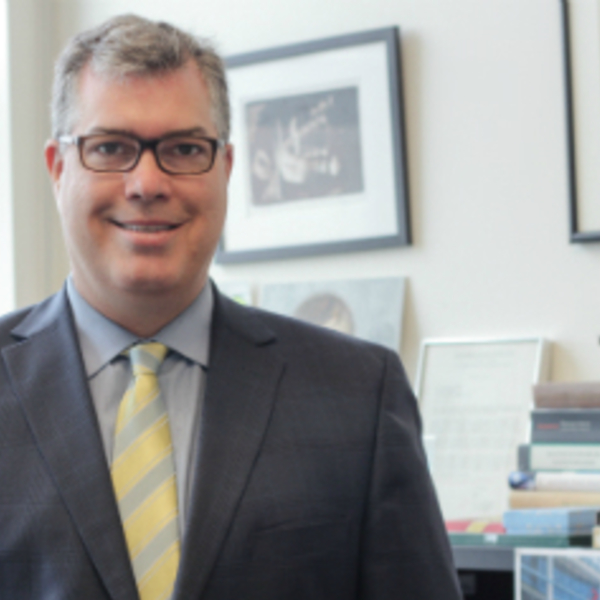 Michael P. Murphy teaches at Loyola University of Chicago where he also directs the Hank Center for the Catholic Intellectual Tradition. His first book, A Theology of Criticism: Balthasar, Postmodernism, and the Catholic Imagination, was named a “Distinguished Publication” in 2008 by the American Academy of Religion. His most recent book is an edited volume, “this need to dance / this need to kneel”: Denise Levertov and the Poetics of Faith.

Once Upon a Time of Violence

David Griffith, writer and educator, ponders the ties between real and on-screen violence with the help of Tarantino's latest film. 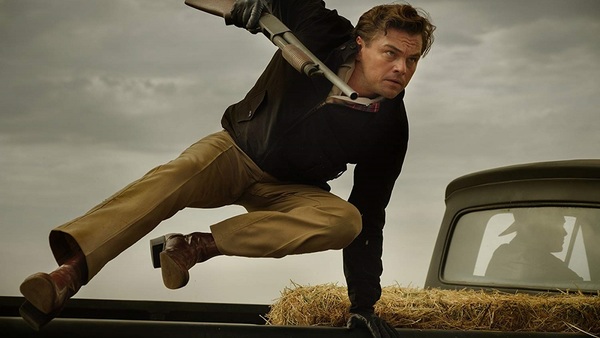