Americans have always been marked in a particular way by the ideal of “equality,” as the famous French traveler to our young nation, Alexis de Tocqueville, noted in his extensive travel log, Democracy in America. And no matter how much the ideal has been put into practice, the pursuit of equality never ceases to abate. On the contrary, it is stoked to a point of missionary fervor in the face of territories apparently still untouched by the civilizing ideal. This is especially true now where the relation between men and women is in question.

At first glance, there couldn’t be anything more obvious than men and women being thought of and treated as equals, in the sense of equally human, even if this has not always been evident to everyone, as for example in the famous medieval querelle des femmes or “woman question” debate—though we would need a sense of humor to understand some of this. And there couldn’t be anything more desirable, especially since the equality of the sexes would be the reason for bringing them together for life, in marriage. (“For this reason a man shall leave his father and mother . . .”) Indeed when Christine de Pisan—the “first feminist”—weighed in on the old quarrel, her arguments against misogyny were coincident with arguments against misogamy (anti-marriage sentiment).

But when we realize that the “equality” of today’s “gender equity” means suppressing a girl’s menstrual cycle (with the Pill), burying a co-ed’s desire for a guy who will love her forever (with hook-up surrogates), and convincing a young graduate to put her ideal fertility window on hold (with corporate egg-freezing programs) in exchange for the often love-less, solitary, and always more complicated deferred motherhood (via IVF, surrogate motherhood, etc.), so that she can “lean in” and get all her ducks in a row, we begin to ask, “What kind of equality is this?” We have come a long way from an equality which is the reason why “the two shall become one flesh.”

“Equality” now refers to a state of mutual indifference between the sexes, achieved through a willed ignorance of all of the natural differences that turn a man and a woman toward each other. But to be more precise, it is a state of indifference to the woman’s difference. Simone de Beauvoir, for all of her insistence that gender was a social construct, said this unequivocally at the beginning of her famous tome, The Second Sex, when she insisted that the problem of inequality lay ultimately in the woman’s body, so that for her to be man’s “equal” she and she alone (unequally, that is) had to struggle against her nature (her body). The tragic irony of this “equality” was not lost on the younger French feminist, Luce Iregaray, who once asked her foresister and all the Americans in her thrall, “Equal to whom?”

It is not difficult to understand why it is we want to protect ourselves as we do from entanglement with others, especially with the opposite sex which calls us beyond ourselves in a particularly radical way through the possible children that this entanglement might bring forth. Our solutions have their reasons, no doubt. We know too well the wounds men, women, mothers, fathers, and children have inflicted on each other. And this is no new story! But in this regard, Christianity, together with its precursor, poses a question to us: “Is this alienation between the sexes the definitive word on the subject?” We know how Christianity answered the question when God himself assumed the flesh, including sexual difference, becoming the Incarnate Son, and spouse of a fruitful Bride. But the ground for this new presence had already been laid in Genesis when the human heart was mined to find a deeper desire at its depths, deeper than protection: “It is not good to be alone.” How, now, will we answer this question? Our answer will be no small matter, since solutions to misdiagnosed problems will only exacerbate things, especially, in this case, for women whose particular difference will suffer the most from all the usual “safe sex” solutions (contraception, abortifacients, abortion, deferred motherhood, assisted reproductive technologies, pre-nuptial contracts, no-fault divorce, etc.).

Is there another way to be equal that doesn’t set us apart from each other—sterile and alone—but brings us into greater and more fruitful unity, that isn’t built, in other words, on the annihilation of the feminine difference? The tragic irony for our society so bent on equality at the expense of Christianity is that it is only Christianity, together with its precursor, that can hold together both the equality of the sexes and the goodness and positivity of sexual difference, particularly the feminine difference. The evidence for this was striking in the early Church, which was flooded statistically with women attracted to it by, among other things, its rejection of child-brides, the double (moral) standard, the practice of abortion and infanticide, especially of baby girls.[1] But the reason all of this female attraction was not just good will. It could be traced all the way back to the nature of God himself, now revealed. Hans Urs Balthasar explains:

In the dogma of the Trinity, the Persons must be equal in dignity in order to safeguard the distinction that makes the triune God subsistent love; in a similar way the Church stresses the equal dignity of man and woman, so that the extreme oppositeness of their functions may guarantee the spiritual and physical fruitfulness of human nature.[2]

Instead of being embarrassed, then, by Christianity—especially in the Catholic Church—because it doesn’t cave to the cultural orthodoxy on equality, we might notice how singular it is in regard to equality and difference, that “[it] is perhaps humanity’s last bulwark of genuine appreciation of the difference between the sexes.”[3] We might consider, moreover, the possibility that the Church’s deep-seated resistance to any narrowing of the opposites has something to do with guarding what it is we desire most, as it offers us the One in the face of whom men and women can experience and live what they most truly desire.

Editors’ Note: This article originally appeared on the Berkley Center for Religion, Peace, and World Affairs website and is reproduced here with permission. 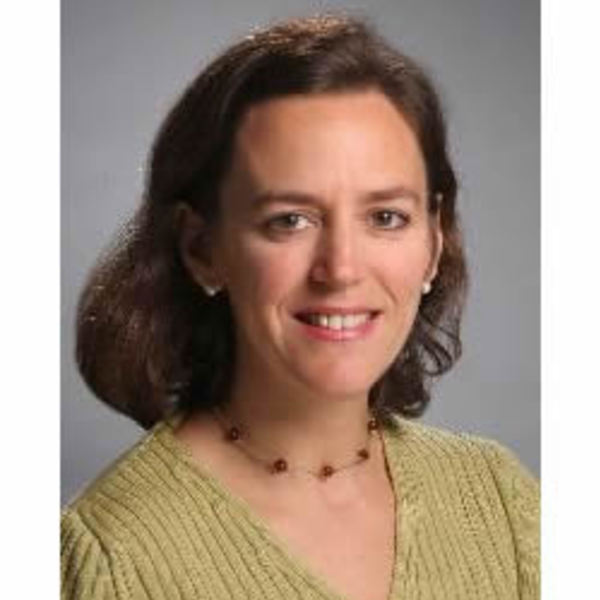 Margaret Harper McCarthy is an assistant professor of theological anthropology at the John Paul II Institute for Studies on Marriage and Family at The Catholic University of America in Washington, D.C. She is the editor of its online quarterly review, Humanum, author of Recovering Origins: Adult Children of Divorce (forthcoming) and publishes regularly in Communio.