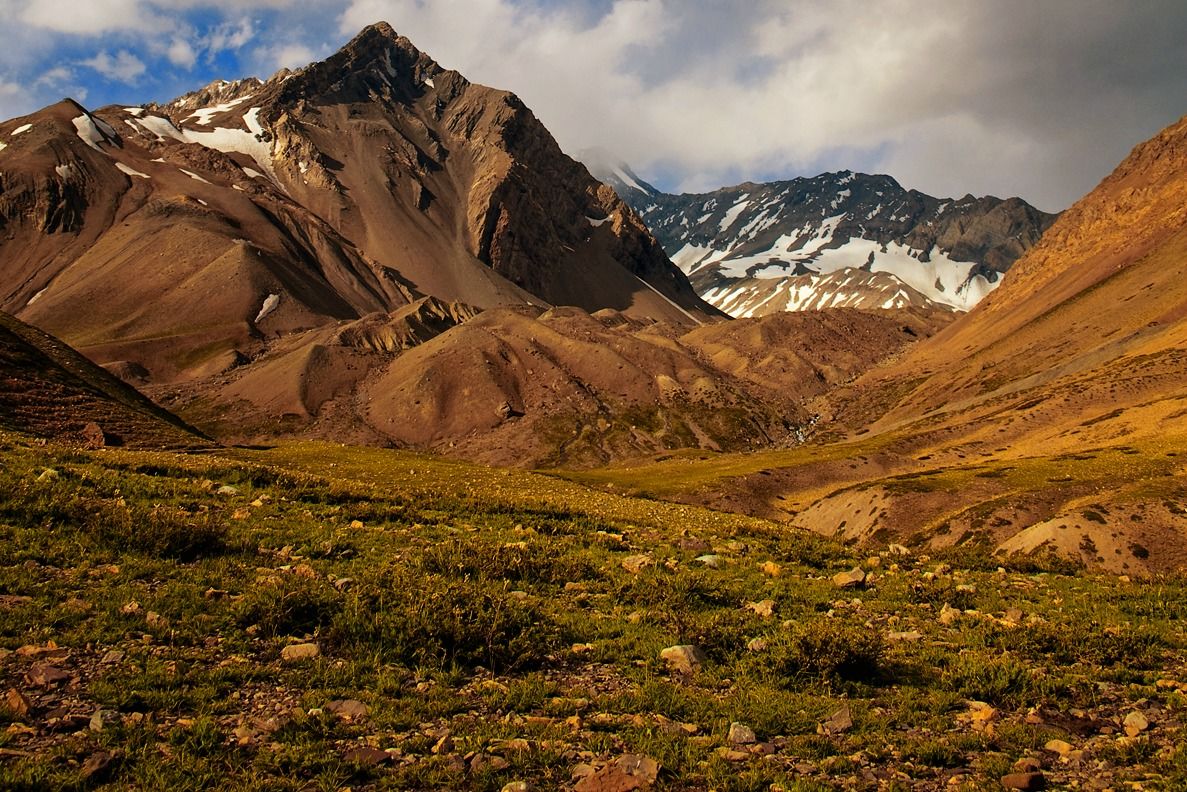 To take a plane from Santiago de Chile to Cochabamba, Bolivia, you must touch down in northern Chile before changing for the next flight. The stops on this leg are rather isolated cities like Antofagasta, Iquique, and Arica. In these areas the view of an unadulterated cordillera, or mountain range, is sublime and haunting. Leaving Arica at Chile’s northernmost tip, for example, one gazes at a speck of an airport and nothing else. The burnt sand of the Atacama desert with its infinite and perpetually changing hues has very few roads, homes, or city lights. It is no wonder that the best astronomical observatories in the world can also be found in this region. The Chilean poet Pablo Neruda configured the vastness of the desert in northern Chile as the infernal counterpart (“an empty theater,” “an eternal night”) to the fecund sea just outside his seaside perch (known as La Serena) in the coastal resort of Valparaiso.[1] This is not poetic license. It feels that empty!

Bolivia, my destination on this trip, offered relief but only from the emptiness. The city of Nuestra Señora de la Paz (“Our Lady of Peace”) sits at about 12,000 feet above sea level in a bowl surrounded by the deserted Altiplano and brings together in the modest dwellings of its metropolitan area approximately 2.3 million peoples of mixed indigenous backgrounds. Flying into the airport, its looks like a peaceful setting.

I recount this journey through the Andes for a reason that is equally personal and theological. I grew up in a densely populated suburb of Washington, D.C., and my childhood travels usually extended along the corridor from Boston to Washington. So the breathtaking view along the southern part of the Andean range was an eye-opener. These words from Job not only described the stirring of my heart but ironically also the economic benefits to be reaped from the rocks (i.e., highly lucrative copper mines that attract companies from the U.S. and elsewhere):

Iron is taken from the earth,
and copper smelted out of stone.
He sets a boundary for the darkness;
the farthest confines he explores.
He breaks open a shaft far from habitation,
unknown to human feet;
suspended, far from people, they sway.
The earth, though out of it comes forth bread,
is in fiery upheaval underneath. (Job 28:2–5)


The author of the poem reminds us with this image of miners swaying above uninhabitable terrain that eternal wisdom lies hidden in these stones. Author Annie Dillard wrote a thoughtful meditation entitled Teaching a Stone to Talk pointing to a similar kind of nature mysticism.[2] The seeker of wisdom learns only with difficulty to accept the wildness of God. God’s “fiery upheaval underneath” is more than a metaphor for these Andeans. The earthquake on April 1, 2014 in Iquique measured 8.3 on the Richter scale, and the damage from the tsunami that followed was even more devastating. Dillard captures my own sense of upheaval at the sight of the Andes:

The silence is all there is. It is the alpha and the omega, it is God’s brooding over the face of the waters; it is the blinded note of the ten thousand things, the whine of wings. You take a step in the right direction to pray to this silence, and even to address the prayer to “World.” Distinctions blur. Quit your tents. Pray without ceasing.[3]

In fact, my prayers would have been even more fervent had the altitude sickness not knocked me out once I got to Bolivia.

The purpose of the trip was to spend three days with a group of Latin American theologians dedicated to the study of the Trinitarian theological anthropology from the standpoint of the diverse indigenous peoples of Latin America. At the Instituto de Missiología in Cochabamba our group was enlightened on the belief systems of the Chiquitos and the colorful dances, festivities, and symbolic stone hackings at the site of a Marian apparition in Quillacollo at which the Virgin of Urkupiña is honored. A coherent argument for the “Plurinational State of Bolivia” also began to emerge. Peoples, nations, and states are not one single reality but a multi-dimensional reality, something like what Pope Francis recalls in Evangelii Gaudium:

Here our model is not the sphere, which is no greater than its parts, where every point is equidistant from the centre, and there are no differences between them. Instead, it is the polyhedron, which reflects the convergence of all its parts, each of which preserves its distinctiveness. (EG §236)[4]

A similar image emerged in a conversation over dinner with Fr. Roberto Tomichá, a Chiquito Franciscan trained in Rome’s Gregorian University.[5] The connection to the land is lost, he told me, when the indigenous leave the Andes and move into the cities. Their rights, their language, their rituals, the rhythm of their lives, and their very identity get called into question by the inevitable deracination of urban existence.

The path to this new form of theology has not been without controversy. The debate between teología india and the Vatican centered on the Person of Jesus Christ. In its initial stages it appeared that the defenders of the indigenous were denying that the first Evangelization and the missionaries ever transmitted the Gospel of Jesus Christ. After a number of high-level meetings, a more moderate approach began to emerge. For example, the Andean cross (la chakana), not unlike Pope Francis’s polyhedral spaces, symbolizes the underlying rhythm of life in the indigenous cosmology.[6] This configuration can be interpreted in an impersonal sense to yield a kind of deistic, process theology. Or it can read through a Trinitarian lens to highlight the intercultural revelation of Jesus Christ. The work of Tomichá and his colleagues at the Instituto de Missiología is a great example of this latter approach.[7]

A walk down any crowded street in La Paz will yield dozens of women, known as cholas, wearing bowler hats, colorful shawls, embroidered skirts, layers of petticoats called centros, braided hair tied with beads, woolen knee high socks, and flat shoes or sandals. Tomichá and his associates are developing a new theological idiom rooted in central categories of Christian faith that hearkens to the manifold wisdom of women such as these.

This testimony from the global Church of the Southern hemisphere would not be complete without an account of what took place fifteen years ago in my childhood home in suburban Maryland. My late mother was very respectful when I first published a book about Latino theology but did not warm to the fact that her theology was supposed to be “Latino.” This surprised me since she grew up along the Northern edge of the Andes, high up in the cosmopolitan setting of Bogotá, Colombia. I asked Mom if she had a name for her faith. Was it “Catholic” or “Colombian” or “American?” She did not reply for two weeks. When she came with her reply, she was quite certain and proud that she had discovered the precise nomenclature: “I am an Andean Catholic.” In other words, my trip through the Andes was providential and existentially revealing in more ways than I could have imagined.

[5] See, for example, this very illuminating interview with Tomichá.

[6] This connection was made clear to me by both Juan Carlos Scannone, SJ, and José Daniel López, SJ at the meeting in Cochabamba.

Peter Casarella is an associate professor of systematic theology, world religions, and world Church in the department of theology at the University of Notre Dame.