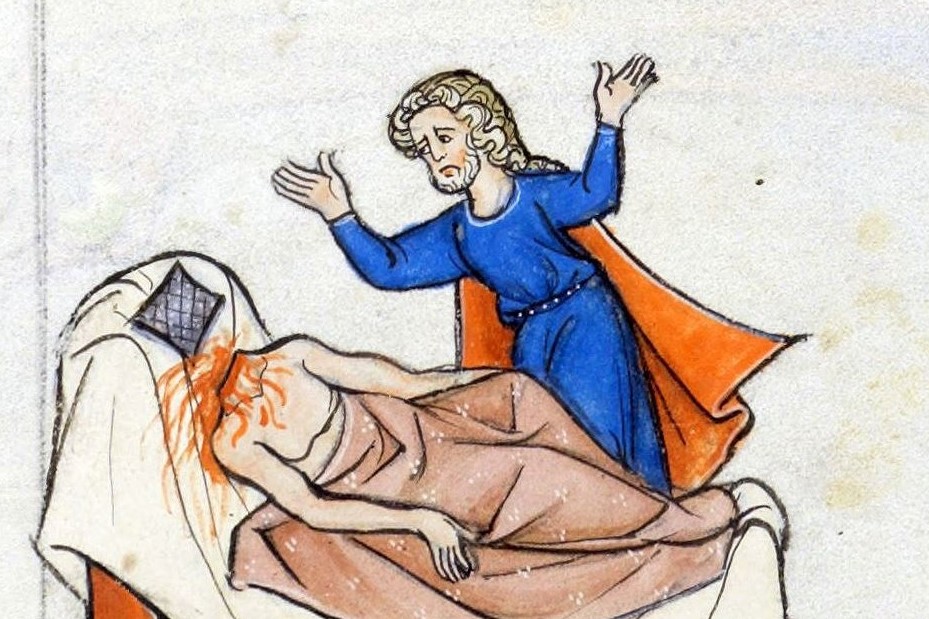 In the early 1990's the French philosopher, anthropologist, and sociologist Bruno Latour published a remarkable, and scandalous, essay, in which he argued that society had never been modern.[1] According to Latour, modernity has never been able to fully achieve its desired goal of an objective understanding of Nature, epitomized in scientific studies, bracketed off from an understanding of society, especially in politics. Modern people always take recourse to hybrids or “quasi-objects” that bridge this desired divide in order to make the world intelligible and to make society possible. The findings of scientific inquiry are never as objective and certain as they claim or hope to be, nor are political and economic considerations ever divorced from our understanding of the natural world and the way the natural environment acts upon humanity. In the end René Descartes and his intellectual descendants were never able to truly have an objective mastery of Nature.

One consequence of Latour’s argument is that if society has never truly achieved the idealized hope of being modern so too has humanity never truly been medieval. It is no secret that modern thought, especially in the mode of the Enlightenment, and thereby modern society itself, was a reaction to, if not an outright rebellion against, society and thought as it existed during the Middle Ages.[2] While it is true that many modern and Enlightened thinkers were responding to political conditions provoked by the brutal “Wars of Religion” that followed the Reformation, it is not too much of a stretch to claim that, for many of these thinkers, the Reformation did not constitute a distinct historical period, but, rather, simultaneously the natural consequence and the unraveling of medieval Christendom's hegemony over religious and social life.[3]

Despite this innate antagonism to all things “medieval” in modern thought, the European Middle Ages continue to be a source of fascination to modern people, provoking equally a sense of wonder, especially in terms of its cultural and artistic achievements (e.g., cathedrals, illuminated manuscripts, etc.), and revulsion, especially concerning its perceived barbarity, intolerance, misogyny, and theocratic fideism. It is the time and place that we moderns use to comfort ourselves that we have progressed beyond and dare not regress; anything that strikes the popular consciousness as “unmodern” is immediately branded “medieval” (metonymy for barbarity, cruelty, and intolerance). The need to describe events, actions, or ideas in modern society as “medieval” obscures the reality that we may not be so different from our medieval forebears after all.

Indeed, that modern society and civilization has been equally, if not more so, barbarous, cruel, and intolerant, as well as marked by a scientific and technological fideism that rivals, if not exceeds, the perceived dogmatic fideism of the medieval past fails to register in the minds of many “Enlightened” citizens. Confident in their notions of progress, self-determination, and freedom, as well as their technological prowess, modern people are content to let their lives, society, and civilization, for the most part, remain unexamined.

Rather than continue with this pointless and deceptive dichotomy between the “them” of the Middle Ages (dark, faithful, enslaved, or, at least, “en-serfed”) and the “us” of modern society (Enlightened, rational, free), it may be useful to blow it up, and agree with the Greek historian Thucydides that human nature is not so different from generation to generation. Such an approach seems particularly appropriate for Catholics as the Church strives to find its place in the third millennium of its existence. It was, after all, a medieval thinker, Bernard of Chartres († ca. 1124), who was perhaps the earliest to remark that our achievements are such only because we stand on the shoulders of giants.[4] Indeed, there may be much that is salutary in the wisdom of our ancestors.

The first question that presents itself in our attempt to highlight the insufficiency of the myth of the “medieval” is when precisely were the Middle Ages and what do they stand between? It is conventional in textbooks and narrative histories to consider the period as spanning 500 and 1500, loosely equated to between the Fall of the Roman Empire (in the West) and the Protestant Reformation. Such imprecision highlights precisely the arbitrariness of historical periodization.[5] Of course, no one in 455 would have acknowledged that a new historical period had begun just as no one in 1519 would have believed the same. Furthermore, such a view is limited to a culture and society that flourished on the European continent broadly construed. It is doubtful that anyone living in sub-Saharan Africa, in China under the Ming Dynasty, or in the Aztec Empire would or should be considered “medieval.”  Consequently, it seems odd to cram one thousand years of human history into one conceptual framework, influenced, as it is, by the artistic, cultural and literary remains of the “end of the Middle Ages” (roughly 1300-1500).

Such a conception leads to the amorphous medieval landscape of Walt Disney Fairytales: once upon a time somewhere in northern Europe (probably); we do not know where or when precisely, but we instantly recognize it as “medieval.” Our impression of the period thereby becomes monolithic, occupying the middle ground between an idealized (and rational, scientific) Classical Antiquity, exemplified in the contemporary consciousness by the Great Library of Alexandria, and the bright promise of modernity, when man (and for much of modernity it would be only males) would finally come into his own, freed of all religious error and superstition and able to bring his tremendous capacity for rational thought to bear on questions of human freedom and the subjugation of Nature. Prometheus would finally be unbound.

This tripartite division of history, influenced as it is by a Hegelian notion of “progress,” is so great an oversimplification of the past that it quickly devolves into myth. Classical Antiquity is scrubbed of its own barbarism and cruelty, much like the pristine ruins of the Parthenon atop the Acropolis in Athens is devoid of the color that originally adorned it. A similar situation obtains for our view of modernity. It is as if we are still at the beginning, in the 17th century, and the possibilities are great and endless. Humanity, having been liberated from the shackles of irrational religious belief—especially in its most notorious instantiation, the Roman Catholic Church—will have a glorious future of peace, tolerance, and human flourishing. Willfully suppressed is the fact that modern society is built upon a foundation of brutal slavery, war, genocide, and imperious colonialism.

Our perspective shifts slightly when viewed from the precincts of Christianity, but here too we find medieval Christianity, and by extension medieval civilization, often treated with suspicion and contempt. There is a (originally Protestant) notion that it is precisely in the Middle Ages where Christianity went off the rails. Idealizing the Early Christian communities who suffered under the rule of the Roman Empire but retained their Apostolic zeal and simplicity, this idea decries the medieval church for becoming too political, too powerful, too Pharisaical, too enamored with pagan philosophy, too wealthy, too hierarchical, too papal, too superstitious, and too intolerant of dissent and criticism. Once again we are given an unnuanced view of the medieval past, flavored with the salt of denominational polemic.

But this portrait of the Middle Ages is not unheard of in Catholic circles. From the end of the 19th to the middle of the 20th century the Catholic Church, under the initial direction of Pope Leo XIII, held up the Middle Ages as its official response to the challenges and deficiencies of the modern world. The Church opposed what it considered to be erroneous positions and developments in modern philosophy, science, and culture with a revival of Scholastic philosophy and theology at the center of which were the writings of Thomas Aquinas.

This revival was no doubt to some extent a simplistic and rose-colored view of the medieval Christian past, although it simultaneously initiated a century of deep study into the Middle Ages at the highest scholarly level. Unsurprisingly, there were those in the Church who chaffed under the hegemony of this pietistic and unflinchingly normative culture longing for the day when the Church would modernize and embrace the fruits of the Enlightenment. With the opening of Vatican Council II it seemed like that day had come at last.

Over 50 years from the close of that Council it seems increasingly like the long-awaited renewal of the Church will arrive sometime after Samuel Beckett’s Godot. As the Church limps into its third millennium beset by scandal and internal divisions, it might be tempting to despair and confess that the Christian religion has run its course. Such a sentiment is unnecessary and contrary to the teaching of Christ and our trust in God’s grace and providence. There have been dark days in the history of the Church, and there no doubt will be in the future, as one would expect in an institution of human beings.

We cannot restore the past, and it would be foolhardy to try. There is no going back to the 3rd century, the 13th century, or 1955, nor should we want to. The question now is how to move forward and truly spark renewal. How can we create a Catholic culture, healed of divisions, which will inspire Christians, and especially young people, to follow Christ all the way to Calvary, and thereby to Resurrection? Are there ideas or practices from the Church’s history that should be brought into the present?

A special opportunity for a reappraisal of the wisdom available from the Middle Ages was highlighted by Pope Francis with his Encyclical Laudato si’. By its industrialization and technological hubris, modern society has done great damage to the natural world, its created home. Rather than put our trust in technological, scientific developments or the decisions of governments, it is we members of the Church who can be witnesses against the destruction of the environment, over-consumption, and greed—by the very way we live our lives.

During the Middle Ages, theologians and writers took as their starting point Christ, the Second Adam and perfect human being, who provided the exemplar and standard for humanity. From such a conception flowed their reflections, arguments, and conclusions about the nature of human life and society. By turning once again to medieval thinkers in our reading and studies, we will find powerful ideas that will help us further a Christian culture in which the goal of human life is to emulate and conform ourselves to Christ in both thought and action.

One of the unfortunate consequences of the reform or re-conception of Catholic education following the Council was that in their exuberance to overthrow Neo-Scholasticism the Council Reformers committed to the dustbin the very education that had formed them, thereby denying to all future generations the ideas and religious culture that had made them who they were. Perhaps, then, might it not be worthwhile to look again at the Middle Ages freed from bias and mythology for help in our pilgrim’s journey?

There might be great profit in the teachings of the saints, especially those from the Middle Ages, to “heal the sin-sick soul” of the modern believer and the modern world.

[2] It should be acknowledged that Euro-centrism at play in these discussion. The majority of people on the globe during the so-called “Middle Ages” could not be rightly considered “medieval” by definition (see below). This alone should indicate the insufficiency of the conception of both the adjective “medieval” and the historical period designated by scholars as the “Middle Ages.”

[3] There is, perhaps, no better example of this idea than is expressed in Edward Gibbon’s The Decline and Fall of the Roman Empire, where it is Christianity itself, and not any particular denomination, that is solely responsible for the demise of glorious Rome. 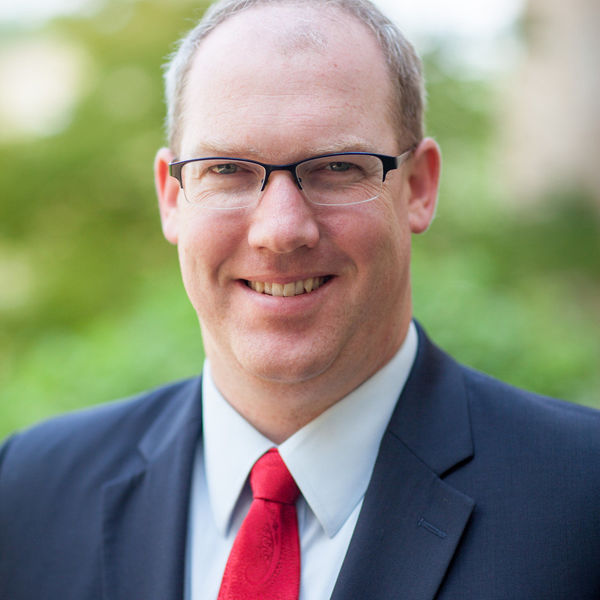 Stephen Metzger is Assistant Scriptor at the Biblioteca Apostolica Vaticana. He is a graduate of the University of Notre Dame's Medieval Institute and the author of the two-volume Gerard of Abbeville, Secular Master, on Knowledge, Wisdom and Contemplation.