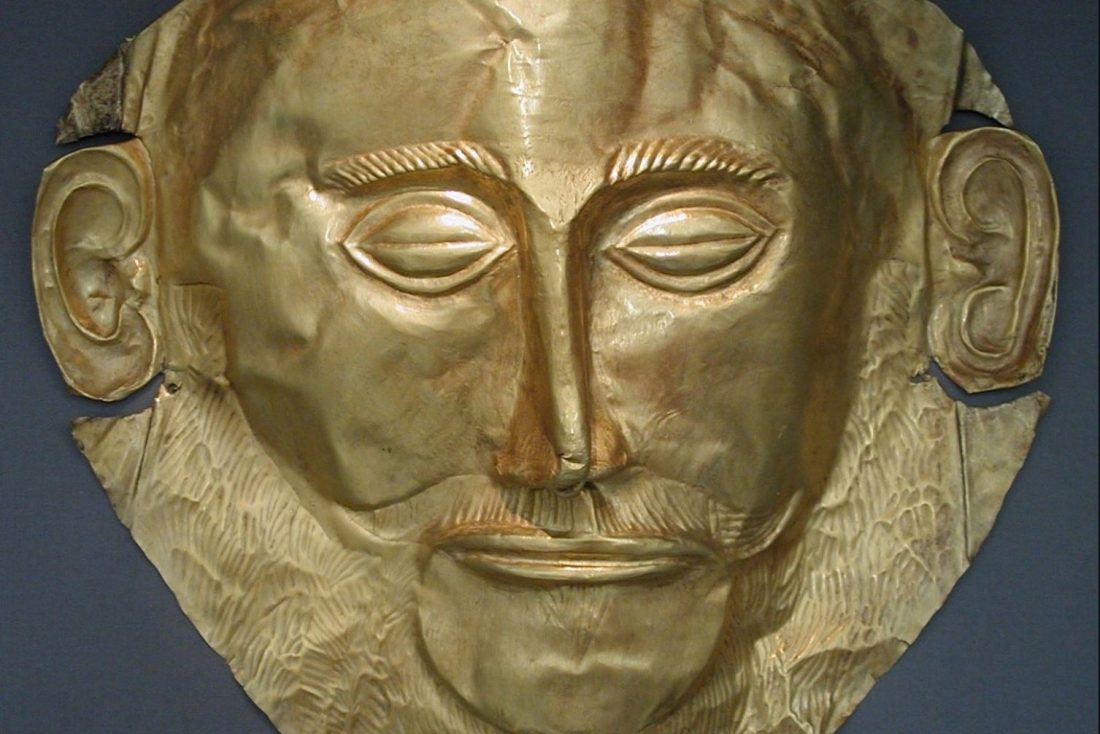 Armed with a copy of the Iliad and a shovel, Heinrich Schliemann set out to find Troy in 1871. Two years later, he hit gold.

He was vilified as an amateur, an adventurer, and a con man. As archaeologists refined their methods of excavation in the subsequent decades, Schliemann would also be deplored for destroying much of what he was trying to find.

Nevertheless, he found the lost city. He is credited with the modern discovery of prehistoric Greek civilization. He ignited the field of Homeric studies at the end of the century. Most importantly, for our purposes, he broke new ground in a figurative, as well as literal, sense: he scrutinized the words of the text, and believed that they held the truth.

“I’ve said this for years: in the global sense, the best analogy for what René Girard represents in anthropology and sociology is Schliemann,” said the French theorist’s Stanford colleague, Robert Pogue Harrison. “Like him, his major discovery was excoriated for using the wrong methods. The others never would have found Troy by looking at the literature—it was beyond their imagination.” Girard’s writings hold revelations that are even more important, however: they describe the roots of the violence that destroyed Troy and other empires throughout time.

Like Schliemann, the French academician trusted literature as the repository of truth, and as an accurate reflection of what actually happened. Harrison told me that Girard’s loyalty was not to a narrow academic discipline, but rather to a continuing human truth: “Academic disciplines are more committed to methodology than truth. René, like Schliemann, had no training in anthropology. From the discipline’s point of view, that is ruthlessly undisciplined. He’s still not forgiven.”

I have appreciated Harrison’s analogy, though some of Girard’s other friends will no doubt rush to his defense, given Schliemann’s scandalous character—but Girard scandalized people, too: many academics grind their teeth at some of Girard’s more ex cathedra pronouncements (though surely a few other modern French thinkers were just as apodictic). He never received the recognition he merited on this side of the Atlantic, even though he is one of America’s very few immortels of the Académie Française.

For Girard, however, literature is more than a record of historical truth, it is the archive of self-knowledge. Girard’s public life began in literary theory and criticism, with the study of authors whose protagonists embraced self-renunciation and self-transcendence. Eventually, his scholarship crossed into the fields of anthropology, sociology, history, philosophy, psychology, theology. Girard’s thinking, including his textual analysis, offers a sweeping reading of human nature, human history, and human destiny. Let us review some of his more important conclusions.

He overturned three widespread assumptions about the nature of desire and violence: first, that our desire is authentic and our own; second, that we fight from our differences, rather than our sameness; and third, that religion is the cause of violence, rather than an archaic solution for controlling violence within a society, as he would assert.

He was fascinated by what he calls “metaphysical desire”—that is, the desire we have when creature needs for food, water, sleep, and shelter are met. In that regard, he is perhaps best known for his notion of mediated desire, based on the observation that people adopt the desires of other people. In short, we want what others want. We want it because they want it.

Human behavior is driven by imitation. We are, after all, social creatures. Imitation is the way we learn: it’s how we begin to speak, and why we don’t eat with our hands. It’s why advertising works, why a whole generation may decide at once to pierce their tongues or tear their jeans, why pop songs top the charts and the stock markets rise and fall.

The idea of mimesis is hardly foreign to the social sciences today, but no one had made it a linchpin in a theory of human competition and violence, as Girard did, beginning in the 1950s. Freud and Marx were in error: one supposed sex to be the building block of human behavior, the other saw economics as fundamental. But the true key was “mimetic desire,” which precedes and drives both. Imitation steers our sexual longings and Wall Street trends. When a Coca-Cola advertisement beckons you to join the glamorous people at a beach by drinking its beverage, mimetic desire poses no immediate privations—there is enough Coca-Cola for all. Problems arise where scarcity imposes limits, or when envy eyes an object that cannot be shared, or one that the possessor has no wish to share—a spouse, an inheritance, the top-floor corner office.

Hence, Girard claimed that mimetic desire is not only the way we love, it’s the reason we fight. Two hands that reach toward the same object will ultimately clench into fists. Think of A Midsummer Night’s Dream, where couples dissolve and reassemble, tearing friendships asunder as the two men suddenly want the same woman. Whatever two or three people want, soon everyone will want. Mimetic desire spreads contagiously, as people converge on the same person, position, or possession as the answer to a prayer or the solution to a problem. Even conflict is imitated and reciprocated.

Eventually, one individual or group is seen as responsible for the social contagion—generally, someone who is an outsider, who cannot or will not retaliate, and so is positioned to end the escalating cycles of tit-for-tat. The chosen culprit is therefore a foreigner, a cripple, a woman, or, in some cases, a king so far above the crowd that he stands alone. The victim is killed, exiled, pilloried, or otherwise eliminated. This act unites the warring factions and releases enormous social tension, restoring harmony among individuals and within the community. First the scapegoat is a criminal, then a god— more importantly, the scapegoat is both, since the single-handed power to bring either peace and harmony or war and violence to a society is seen as supernatural. Oedipus is deified at Colonus, Helen of Troy ascends Mount Olympus, and even as Joan of Arc is burned at the stake, the mob begins to murmur, “We have killed a saint!” Archaic religious sacrifice, Girard argued, is no more than the ritual reenactment of the scapegoat’s killing, invoking the magical powers that preempted a societal catastrophe previously. He offered a complete deconstruction of religion, just as he had deconstructed desire.

He not only replaced Freudian desire with a more streamlined notion of mimesis, he also reconsidered Freud’s Totem and Taboo, the psychoanalyst’s ventures into archaeology and anthropology, at a time when the book was largely rejected. Girard took its notions of collective murder, and its insight that the foundation of culture is murder, one step further. He reaffirmed the book’s importance, but ultimately refuted it with his daring, erudite argument.

His next step was to prove the most provocative of all: he describes how the Judeo-Christian texts are unique in revealing the innocence of the scapegoat, thus destabilizing the mechanism that allowed the victim to be both criminal and redeemer, the violent solution to social violence. We can no longer have clean consciences as we murder. Individuals and groups even compete for the cachet of being a victim in the Oppression Olympics, as the power-holders play defense. Wars continue, but end with no clear resolutions. International rivalries still escalate toward uncertain ends. The stakes are higher than ever today: we teeter on the nuclear brink.

This excerpt is adapted from the forthcoming Evolution of Desire: A Life of René Girard (Lansing, MI: MSU, 2018), 1-4. Reprinted by permission of the author, Cynthia L. Haven, and the Michigan State University Press. 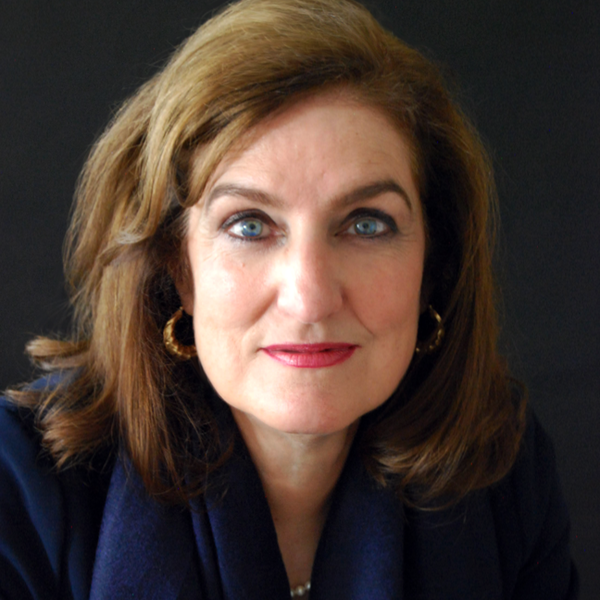 Cynthia L. Haven writes regularly for The Times Literary Supplement and has also contributed to The Nation, Washington Post, Los Angeles Times, and many other publications. She has published several books, including volumes on Nobel poets Czesław Miłosz, Joseph Brodsky, and, most recently, René Girard.