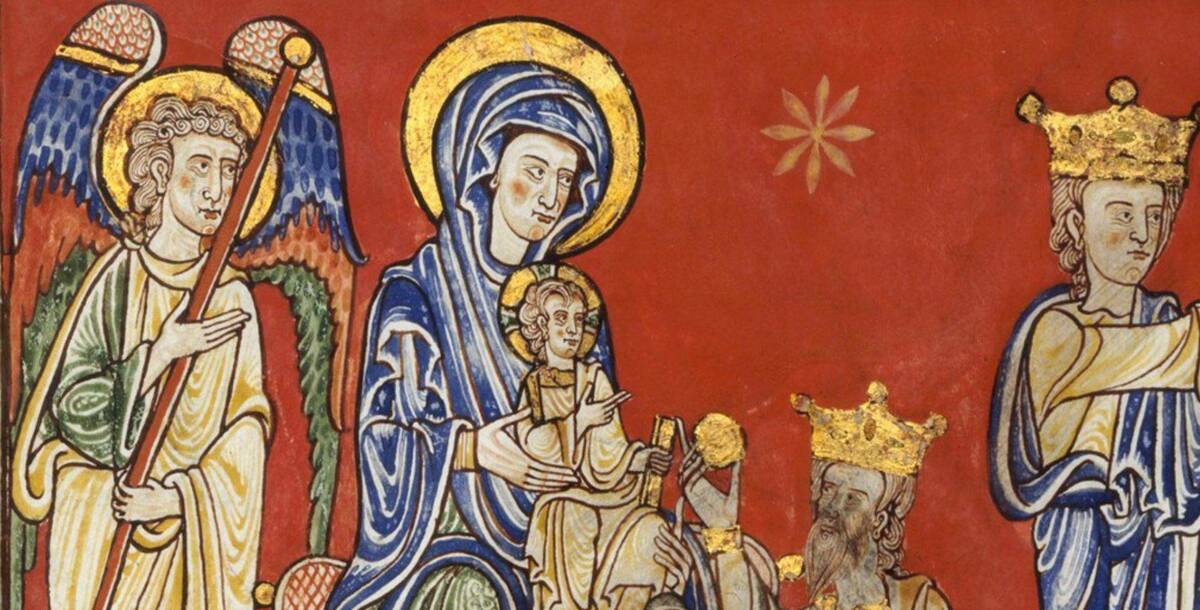 In 1946, the famous medieval historian Ernst Kantorowicz wrote: “it is really no longer possible for the medieval historian . . . to deal cheerfully with the history of medieval thought and culture without ever opening a missal,” and “liturgy . . . is today one of the most important auxiliaries to the study of medieval history.” Over seventy-five years after Kantorowicz’s rallying cry, the incorporation of liturgy into historical training has, however, still not been fully realized. To further this cause, we have recently published the volume Political Liturgies in the High Middle Ages: Beyond the Legacy of Ernst H. Kantorowicz on the interactions of politics and liturgy in the Middle Ages, and the misunderstandings thereof due to the secularization paradigm utilized by Kantorowicz. Here we will describe the historian’s outstanding contribution to the field and pinpoint the scholarly constraints of his scholarship on the European Middle Ages.

Kantorowicz remains one of the most significant twentieth-century medievalists whose impact reaches far beyond the field of medieval studies. He strongly influenced contemporary philosophy, sociology, the political sciences, and theology, to name a few adjacent disciplines. Even though the Poznań-born historian was neither the first to utilize liturgical sources in his studies of medieval political culture, nor the first to master all the nuances of premodern Christian worship, he most clearly expressed the need to embed liturgy more prominently into the historian’s curriculum. Kantorowicz’s treatment of liturgical phenomena, as inspiring, illuminative, and influential as it is, also contains the constraints of previous scholarship, which we aim to challenge.

Many scholars dealing with Kantorowicz hint that the author of The King’s Two Bodies himself had two incarnations. The disruption between the “two historians in one person” started with Kantorowicz’s flight from Nazi Germany in 1938. After that, he increasingly distanced himself from his pre-World War II intellectual and political activities. But the question remains: who was he in Germany? Norman Cantor’s assertion that he was a Nazi, or at least sympathetic to National Socialist ideology has been shown, by Robert L. Benson and most recently by Robert E. Lerner, to be a profound misrepresentation. A University lecture of 1933, personal testimonies of friends and colleagues, and Kantorowicz’s letters, in which the historian hails the Führer as Shitler (though this is taken from his later correspondence), are just some examples disproving the unjust portrait of Kantorowicz, which gained wide currency through the success of Cantor’s Inventing the Middle Ages. Nevertheless, it cannot be denied that Kantorowicz in his earlier years was a German nationalist, which he proved on the World War I battlefields, in university courses, and most influentially in his bestseller book, Friedrich II. Kantorowicz’s first monograph depicted a messianic figure of the past, a ruler awaited in the twentieth century by the members of the Geheimes Deutschland group, whose ideals were shared by Kantorowicz.

As a disciple formed in the Stefan George circle, Kantorowicz was highly attentive to what we today call symbolic power. It is no wonder then, that liturgical phenomena associated with rulers were primarily perceived by Kantorowicz as legitimization strategies. Moreover, he tended to place Christian rituals within broad anthropological models, such as the concept of Germanic sacral kingship, which was imbued at his times with nationalistic ideas. The broad anthropological brush often used to paint various rituals in cultures distant in time and space also seems to obscure the details of the rituals’ context and meaning. For all the insight of Kantorowicz’s works, the specific, local, and temporized meaning conveyed by the analyzed phenomena are often hyperbolic. For example, the Carolingian laudes regiae were, according to Kantorowicz, attempts to create theocratic order and manifestations of medieval ruler worship. In Kantorowicz’s words: “[the laudes regiae] display, as it were, the cosmic harmony of Heaven, Church and State.” The question could then be raised: is this not an exaggerated reading of liturgical litanies begging victory and long life for a ruler and his entourage?

Definitely not, at least if one subscribes to the secularization paradigm, as Kantorowicz did. This is the second context of his other persona and embodies the predominant presuppositions of many past studies dealing with medieval liturgy, which we also challenge in our volume. One of the general definitions of the secularization paradigm claims that religiously defined political power belongs only to traditional and non-rational societies, but fades away in modernity. The acceptance of this paradigm propelled scholars to create linear and unilateral narratives about premodern Europe, in which secular civic power came to dominate the modern period. It was a story about transformations of supposedly traditional societies, in which politics was religiously grounded, to the supposedly secular age of today. As a consequence of accepting this paradigm, liturgical phenomena were commonly explained as a means of “churchifying” the essentially secular political power or adopting Roman imperial ideology.

Kantorowicz subscribed to the secularization thesis and paved the way for its acceptance in the field of medieval history, most evidently by writing the King’s Two Bodies. This is a book with many narrative lines, but the grand narrative within this opus magnum is the transformation of cultural markers: from liturgy, predominant before c. 1100, through the law of the high medieval period, to the nearly autonomous humanism of the later Middle Ages. Thus, for Kantorowicz, liturgy was the essential part of an enchanted world. It offered the potential to ground politics before becoming obsolete as less theologically ingrained ideas took over the predominant role of ordering society.

Whereas some of the anthropological models used in medieval scholarship on liturgy, such as the previously highly influential sacral kingship model, have been rejected by scholars, the secularization paradigm has only recently started to be called into question. Philosophical deliberations as well as global analysis of empirically verified phenomena have thrown doubt on the view that secularity is the default mode of existence in the twenty-first century. In the face of changing paradigms in both contemporary humanities and also the world, Kantorowicz’s secularization narrative demands reassessment.

For when Kantorowicz claimed that a transfer occurred from ecclesiastical rituals to state rituals of power as the Middle Ages progressed, this apparent passage from the arcana ecclesiae to the arcana imperii closely resembles the often quoted statement of Carl Schmitt that “all significant concepts of the modern theory of the state are secularized theological concepts.” Even though many scholars have striven to disprove the influences of Schmitt on Kantorowicz, it has been convincingly argued that the historian knew the works of the political theorist (even if only from second-hand).

Furthermore, Montserrat Herrero has suggested that “methodologically, Kantorowicz’s attempt is perhaps the best example of a theological-political work in Schmitt’s sense.” Even though the affinities between the two scholars are too evident to be entirely hidden, it should also be admitted that there are significant differences between Kantorowicz’s and Schmitt’s perception of political theology. If the issue of political theology is invoked here, it is only to argue that the term political liturgies, used as the title of our volume, does not denote the application of Schmitt’s or Kantorowicz’s political theologies, but has another meaning, much humbler, but one that might challenge their crucial concepts.

Political liturgies in the Schmittian sense would denote the secularized religious rituals (once religious) of the modern state that express and shape its theory, whereas for Kantorowicz the term could signify the rites that established medieval theocracy, understood as the amalgamation of Heaven, the Church, and the State. Both interpretations of the term are only conceivable, however, when based on the Western-centric assumption that there is an autonomous sphere of human existence, such as the state with its own autonomous rites, that can be easily separated from religious rituals and beliefs. In the modern age, we consider this sphere to be the secular, but clearly this is not a medieval interpretation. In the Middle Ages, saeculum (“the secular”) meant something very different.

Robert Austin Markus eloquently argued that “the secular” was an important theological concept in the thought of Augustine, essential to understanding Christian eschatology—“the secular” was the place of encounter between the divine and the profane. As Conrad Leyser recently noted, “the secular” was, therefore, an important element of Church tradition and definitely not an autonomous sphere of human existence—“the secular” is indeed a theological concept. Moreover, Markus admitted in 1970 that premodern authors did not “hypostatize” Augustine’s saeculum to embody particular institutions. Instead, in his earlier publications, Markus seems he would have agreed with a theologian extensively utilized by Kantorowicz—the Jesuit Henri de Lubac—who had shown that before the early modern period there was no conception of the autonomy of the created order. Furthermore, the supernatural was not simply an addition to a self-sufficient natural order. According to de Lubac, it was only in the dispute between Catholic theology and the theology of the Reformed Churches in the sixteenth century that the conception of the autonomous natural order was propagated in Catholic theology.

Therefore, the term political liturgies that runs through our volume as a common thread, is framed by the idea that secularity, as an autonomous order, dispensable from the supernatural, was not a medieval concept. The term is intentionally left broad and serves just as a modern rendition of a fact rather obvious to medieval people that being a Christian was not to profess privately and individually certain theological convictions, but foremost to participate in the public rites that influenced all spheres of human existence: intellectual, economic, social, and, last but not least, political.

In the Middle Ages, liturgical phenomena were viewed as venues in which all human experiences could converge, an arena with the power to express and shape core values that also determined civic deliberations and actions. In all its different forms and dimensions, liturgy permeated, impacted, articulated, and even shaped almost all aspects of both individual and communal life in the Middle Ages. Our volume wishes to promote research on the multiple social and political meanings and objectives of medieval liturgy, in its various forms and on its significance for the study of medieval societies and its legacies today.

Moreover, taken as a whole, our book contributes to the dismantling of the secularization paradigm in medieval studies. It offers examples in favor of the thesis that liturgy remained a central political marker across Christian Europe during the period in which Kantorowicz argued for its decline. In doing so, it contributes to a growing interest in the political significance of ecclesiastical rituals in the high Middle Ages, a period which, as Helen Gittos and Sarah Hamilton have recently commented, is finally starting to receive much-deserved attention from researchers interested in liturgical phenomena.

EDITORIAL NOTE: This is an excerpt from the introduction of the collective volume Political Liturgies in the High Middle Ages: Beyond the Legacy of Ernst H. Kantorowicz, eds. Paweł Figurski, Johanna Dale, Pieter Byttebier (pages 11–24), courtesy of Brepols Publishers, ALL RIGHTS RESERVED.

Paweł Figurski is an Assistant Professor at the Institute of Art, Polish Academy of Sciences, and the Humboldt Research Fellow at the University of Regensburg.

Pieter Byttebier is a Historian of the High Middle Ages and a Ph.D. Fellow at the University of Ghent.

We Have Never Been Medieval 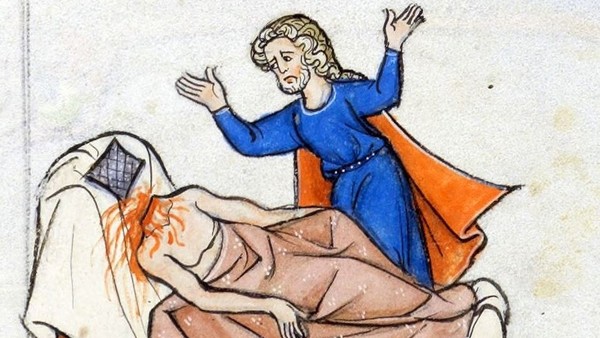