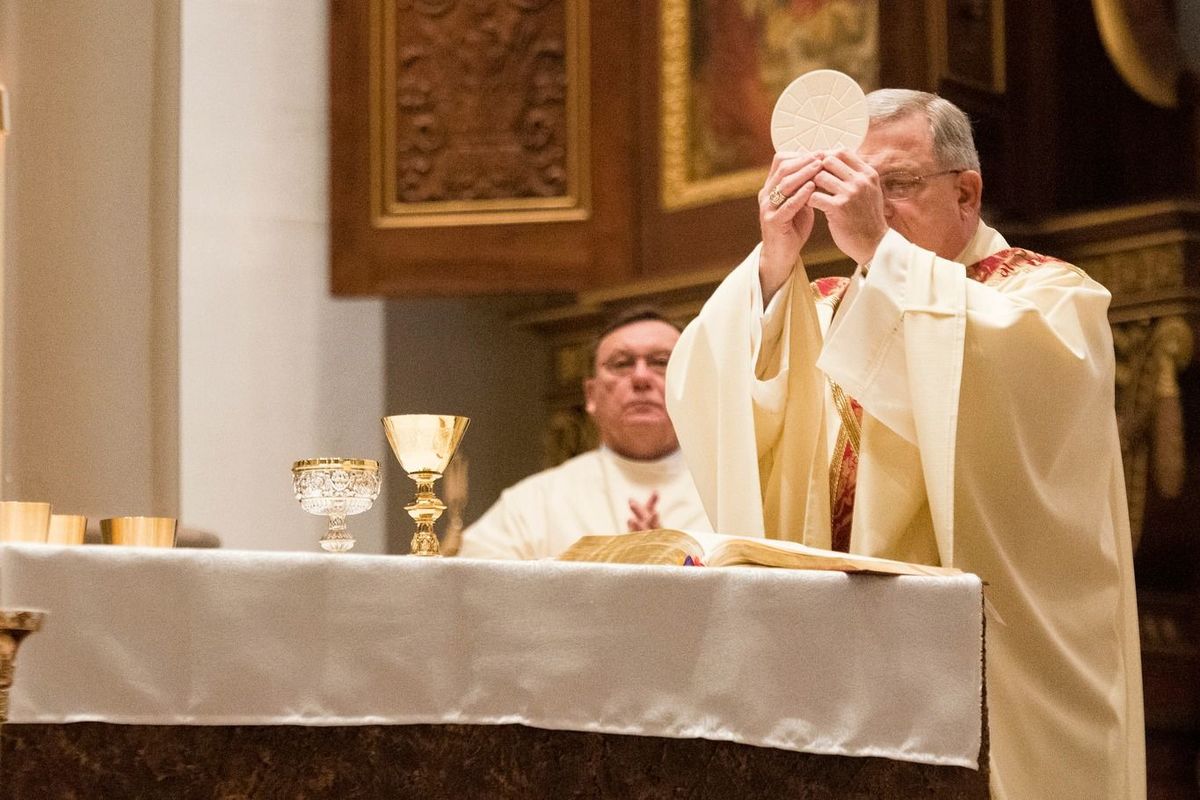 Jesus has come into the world to throw a party. It’s a party unlike any other that’s been held.

See, when I throw a party, I want to have the right people present. I want the key friends, who need to be impressed by my keen aesthetic sense. I want important people, who should be overwhelmed by my hospitality because then I’ll be invited to their house where I can meet other important people.

Jesus’ party is different, because it embodies the hospitality of God: “‘When you are invited by someone to a wedding banquet, do not recline at table in the place of honor . . . when you are invited, go and take the lowest place’” (Lk 14:8, 10).

Jesus notes that if indeed the bridegroom seeks to have you at the first place at the table, you’ll be invited. But don’t presume it. Be happy to be present at all.

If the parable simply ended there, then it would be very good advice for attending a party; a way to avoid appearing with egg on your face. But, we come to learn who precisely the honored guests of this wedding banquet are.

“‘When you hold a banquet, invite the poor, the crippled, the lame, the blind; blessed indeed will you be because of their inability to repay you’” (Lk 14:13–14).

The party of the divine Kingdom isn’t like the party I throw to impress. Jesus has invited in those who can’t repay the Bridegroom for the meal that they have received.

In fact, it’s not just the poor who are unable to repay. As those who have received gift beyond gift, mercy upon mercy, each of us has no particular right to be invited to this party. Not one of us have deserved this gift. For then would it be a gift at all?

When we arrive at Mass on a weekly basis, we enter into this upside-down party of the Word made flesh. Our host isn’t just anyone. Our place of gathering isn’t just anywhere.

No, you have approached Mount Zion and the city of the living God, the heavenly Jerusalem . . . and Jesus, the mediator of a new covenant, and the sprinkled blood that speaks more eloquently than that of Abel. (Heb 12:22, 24)

It is the party that is pure gift. It is the food given to all, not because we can repay the gift received. It is divine hospitality in which those on the margins have the highest place, because God has chosen to redeem the world not through those who who’ve earned it but those who are most beloved by God.

Our churches need to be turned upside down by God’s own hospitality. Liturgical ministers aren’t the important members of the parish. The wealthy who pay for the parish gym should not receive more attention from the priest than the poorest member of the parish. Those with disabilities, either physical or cognitive, should be seated at the most important place in our parishes.

Jesus’ hospitality is different from our own, because it is offered not as a way to impress the guests. Rather, Jesus offers God’s very hospitality where every person is welcomed into the Kingdom of God, the banquet of divine love, which is the very life of the Church.

There’s a party to go to. It’s the wedding banquet of the Lamb. Run to get there. Run to the lowest seat. Run and discover that all of humanity has been invited. Bring them along with you, especially those who don’t know they’ve been invited. Those on the margins.

After all, they’re the guests of honor. I’ll just be happy with a seat on the end.

This article originally appeared in Our Sunday Visitor: Newsweekly on August XX, 2016 and is reproduced here with the permission of the publisher.