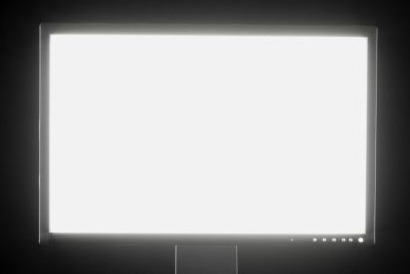 This may seem like too great a claim. After all, there are plenty of things that make marriage difficult in late modern society including fear of commitment, the need to secure success in one's life before making said commitment, and a cultural understanding of love that no human being can fulfill ("I'm looking for my soulmate").

But, pornography trumps all these. It trumps these, because it is the root of each of these cultural obstacles to the flourishing of Catholic marriage in the United States.

For women, there is the opposite problem. Dines notes the way that Cosmopolitan has had an effect upon the sexual identity of women:

The reader is pulled into a highly sexual world where technique is key, and intimacy, love, and connection appear only rarely as issues worthy of discussion. The message transmitted loud and clear is that if you want a man, then not only must you have sex with him, you must learn ways to do it better and hotter than his previous girlfriends (109).


Most couples, including most Catholics, discerning marriage find themselves in this world. For men, they have been formed by a pornographic imagination in which the "other" is available simply for the sake of "my" personal pleasure. For women, they have been formed by an equally powerful pornographic imagination to see their identity as producers of pleasure for men. In both cases, men and women give up their freedom to love to the pornography industry, which makes significant money through ruining the lives of human beings.

For this reason, it is essential that Catholics do something to counteract the pornographic imagination. Dines herself notes that what is needed is the formation of a new imagination, one in which couples come to see sexual intimacy not simply as an act of violence but as a partnership of intimate gift (even if she is perhaps too optimistic about sex in a fallen world).

The nourishing of a Catholic imagination around marriage and sexuality is thus necessary. It is part and parcel of the new evangelization. And as James K.A. Smith notes in his cultural liturgy project, anti-liturgies (such as pornography) must be counteracted through alternative rituals and narratives.

Over the course of this semester, I will be offering for readers of the Church Life blog some of the Christian images and rituals that can nourish the imagination in the pornographic age. Such images, at the heart of the sacrament of marriage, provide an alternative narrative that counteracts the story told by the anti-liturgy of porn. This nuptial imagination is found in the rite of marriage itself, in the biblical images of divine love, in the mystical tradition of the Church, as well as in contemporary theological accounts of marriage. It is not reducible to Theology of the Body. Theology of the Body is only one part of this imagination.

A lie that disturbs the possibility of being truly happy.