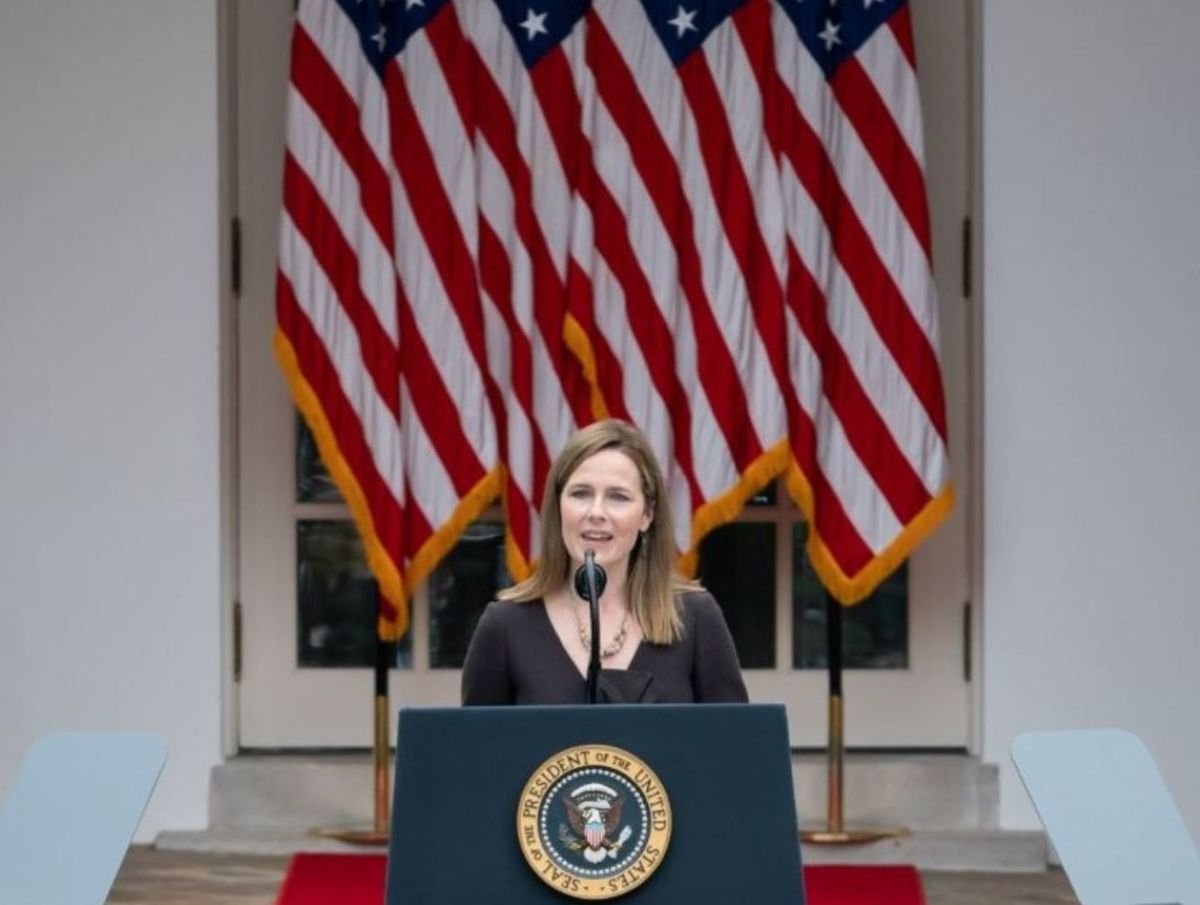 The originalist school of constitutional interpretation is back in the headlines with the passing of Ruth Bader Ginsburg and President Trump’s nomination of Amy Coney Barrett to take her seat on the U.S. Supreme Court. Judge Barrett, who clerked for the late originalist Antonin Scalia, has defended the approach in her academic work and practiced it during her time on the bench.

Critics of originalism sometimes attempt to debunk it by suggesting that it is comparable to biblical Fundamentalism or literalism. The implication of these critiques is that originalism is irrational and retrograde because it insists that judges should defer to the words of an old text and interpret those words too literally, thus holding Americans to outdated and rigoristic standards of law. But such a view is a caricature of originalism. In fact, originalism has more in common with authentic biblical interpretation, which rejects biblical literalism. While originalists might share with biblical fundamentalists a desire to understand and adhere to the meaning of an authoritative text, the comparison is otherwise inapt.

In a lecture she delivered at Villanova University in 2019, Judge Barrett defined “originalism” as “a theory of the Constitution which maintains that the Constitution’s text should be given the meaning that it had at the time that that text was ratified.” For originalists, this means the Constitution should be interpreted according to how those versed in law would have understood the text when it became law. Thus, using the Fourth Amendment’s provision regarding lawful searches as an example, she noted that interpreting and applying it would depend on “How informed observers at the time . . . understood the word ‘search.’” Originalists adhere to the original meaning of the text, but they also recognize that its words have a specialized legal meaning and historical context that may not be evident to laymen, and without such context the text cannot be properly understood.

In the same lecture, Judge Barrett turned to a second key principle of this theory of judicial interpretation: “originalism maintains that the law stays the same until it is lawfully changed.” Coupled with the fact that the Constitution gives judges the authority to interpret the law but not to make it, this means that judges should adhere to what the law says rather than render judgments according to what they or others might wish it said. Of course, Barrett and other originalist judges know the wording of the Constitution could be changed, but they also know that it is not their role to change it.

Despite these principles, originalism is not a completely ahistorical approach to the law. In addition to relying on history to understand the law, Scalia and Barrett are quick to point out that originalism does not prevent judges from applying the Constitution to new phenomena. In fact, the question of what constitutes a “search” is a prime example of how originalists adhere to the original meaning of the Constitution while extending its application to technologies that did not exist at the time of the Founding. Scalia, writing for the majority in Kyllo v. United States, argued that using thermal imaging technology to detect marijuana growing in someone’s home constituted a search, even though such technology obviously did not exist in 1791.

“Literalism” refers to the Fundamentalist approach to reading the Bible, which originated in 1895 with the American Biblical Congress in Niagara, NY. At this conference, a group of conservative Protestants affirmed their belief in the verbal inerrancy of scripture—a position with which some Christian denominations agree—but did so to the exclusion of any questioning, scientific discoveries, or historical contextualization.

Fundamentalism does not recognize any substantive human partnership in the authoring of scripture, nor does it take into account literary genres or narrative intention. The result is that biblical literalists ignore the layers of richness built into the texts of the Bible and misinterpret passages in ways that generate inconsistencies that they are then forced to try to explain away.

In contrast to literalism, authentic biblical interpretation recognizes multiple levels of meaning in a Biblical text. The third-century theologian, Origen, identified three such levels in his treatise De Principiis (On First Principles): the literal, the ethical, and the spiritual. Not to be confused with the literalist approach outlined above, Origen’s literal, or narrative, level depends on knowledge of genre and context, but can in principle be understood by any person regardless of education or background. The second stage of interpretation, the moral meaning, is also widely accessible to people who take the time to reflect on the words of the Bible. The conclusions drawn at this second stage still apply only to what we are to do here and now. However, the final stage in Origen’s theory of biblical interpretation, the spiritual stage, invites only those who are most advanced in meditating upon the scriptures to reflect deeply upon God’s most hidden realities as a means of coming to know him better.

Rather than utilizing a traditional method of interpretation like Origen’s that recognizes the multivalence of scripture, fundamentalists attempt to gain certainty in biblical interpretation by reducing it to an overly simplistic literalism. This approach stems in part from a deep distrust of an educated faith that asks questions and fosters multiple meanings.

While authentic exegesis always grounds itself in the literal level, as Pope Pius XII argued in his Encyclical Divino Afflante Spiritu (On the Promotion of Biblical Studies), the complexities inherent in the many texts, authors, and genres of the biblical books must always be attended to. Furthermore, the spiritual sense of the text should be fervently sought, but only in accordance with “the analogy of faith,” i.e., the idea that Scripture needs to be read in light of Scripture (and, for Catholics, the Church).

Originalism, like mainstream biblical interpretation, embraces the role that human reason and historical science play in interpretation. Whereas Fundamentalism emerged as a rejection of the application of modern science and reason to the Bible, originalists use their reason to interpret the law and employ historical methods to understand the public meaning of the text at the time it was ratified.

Indeed, while Biblical literalism suggests that the meaning of the Bible is apparent and straightforward, originalists acknowledge that understanding the original meaning of a legal document requires expertise and research. Similarly, mainstream Christians employ the fruits of human reason in their biblical interpretation.

Originalism also allows for a more nuanced and capacious reading of the text than does literalism. In this respect, a closer comparison to literalism would be strict constructionism, which holds to a more limited reading of the Constitution based on the strict meaning of its words without reference to historical context.

The protection of freedom of speech in the First Amendment provides a good example. Whereas a strict constructionist would hold that there can be no law restricting freedom of speech (because that is what the text literally says), originalists allow for certain restrictions based on historical context, e.g., lawyers at the time did not see a conflict between the First Amendment and certain reasonable restrictions on speech. Moreover, originalists have interpreted this protection to include flag burning and other forms of expression that are not, strictly speaking, speech.

Simply because there is a deeper layer of meaning does not mean that these interpretations are subjective or grounded in values beyond the authority of the text. Both schools of interpretation approach their source material in friendship, not seeking to change the original, but rather to hear what it has to say to us today. This is accomplished through exegesis, or a “drawing out” of meaning, rather than eisegesis, or a “reading in.”

Furthermore, both originalism and authentic biblical interpretation utilize a diachronic method, which seeks to explore the text in the context of its linguistic and historical context. By contrast, the synchronic method, arguably utilized by Living Constitutionalists, tends to reduce textual interpretation to asking questions about the text solely through the lens of various contemporary perspectives or values.

Origen proposes that to ensure we are correctly interpreting scripture, we should look to “Scripture itself.” In other words, when we have difficulty with one section of the text, we should use other portions to help explain the more obscure parts. It would be problematic and inconsistent to introduce wholly new ideas that have no foundation in any part of Scripture as valid spiritual interpretations simply because we want them to be true.

Similarly, Constitutional originalism ensures that we do not superimpose our own desired meanings on our original sources—rather, we must let our sources be the guide for how we interpret them, otherwise we are placing ourselves in an echo chamber. Where the Constitution is silent, there is sometimes room for judicial interpretation; where the Bible remains unclear, the Church can make pronouncements through its Magisterium (i.e., the Pope and the Bishops). But it is not good practice to read meanings we would like to be present into the original text when they simply are not there.

Of course, the comparison is not entirely parallel. The Constitution is not the Bible. Where Origen talks about an ethical and spiritual meaning, originalists turn to legal and historical context. Moreover, no one is claiming that the Constitution is the Word of God, or that it should be viewed as infallible.

On the contrary, the authors of the Constitution were fallible human beings who wrote an imperfect document, and they themselves recognized this by including an amendment procedure, thus conceding that changes would need to be made. Originalists do not deny this. They simply insist that amendments to the Constitution should proceed constitutionally according to the rules for amendment.

Thus, it would be quite consistent for an originalist to both object personally to what the law requires under the Constitution and believe that it is nevertheless his or her duty as a judge to uphold that law. Cases involving such situations might pain originalist jurists, even if their legal duty remains clear to them.

Attempts to malign originalism by comparing it to Fundamentalism or biblical literalism are unfair and miss the mark. Practical reality is always more complicated than a theory, and even Justice Scalia recognized that originalism is not perfect. Originalism does not always provide easy or obvious answers, and originalists themselves disagree on how to apply it in particular cases.

Therefore, Judges must exercise reason and prudence both in interpreting the Constitution and applying it to particular circumstances. But maintaining that the Constitution has a meaning and that it retains its authority even when we might wish it says something other than it does is neither unreasonable nor naive. 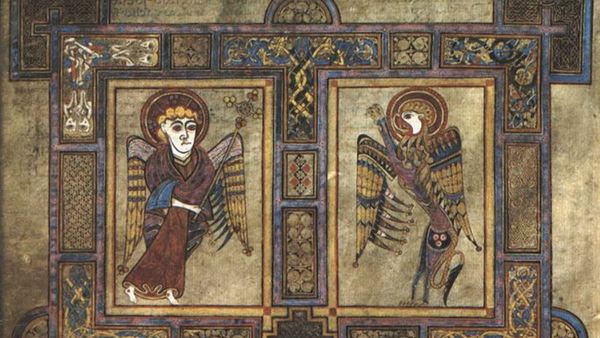