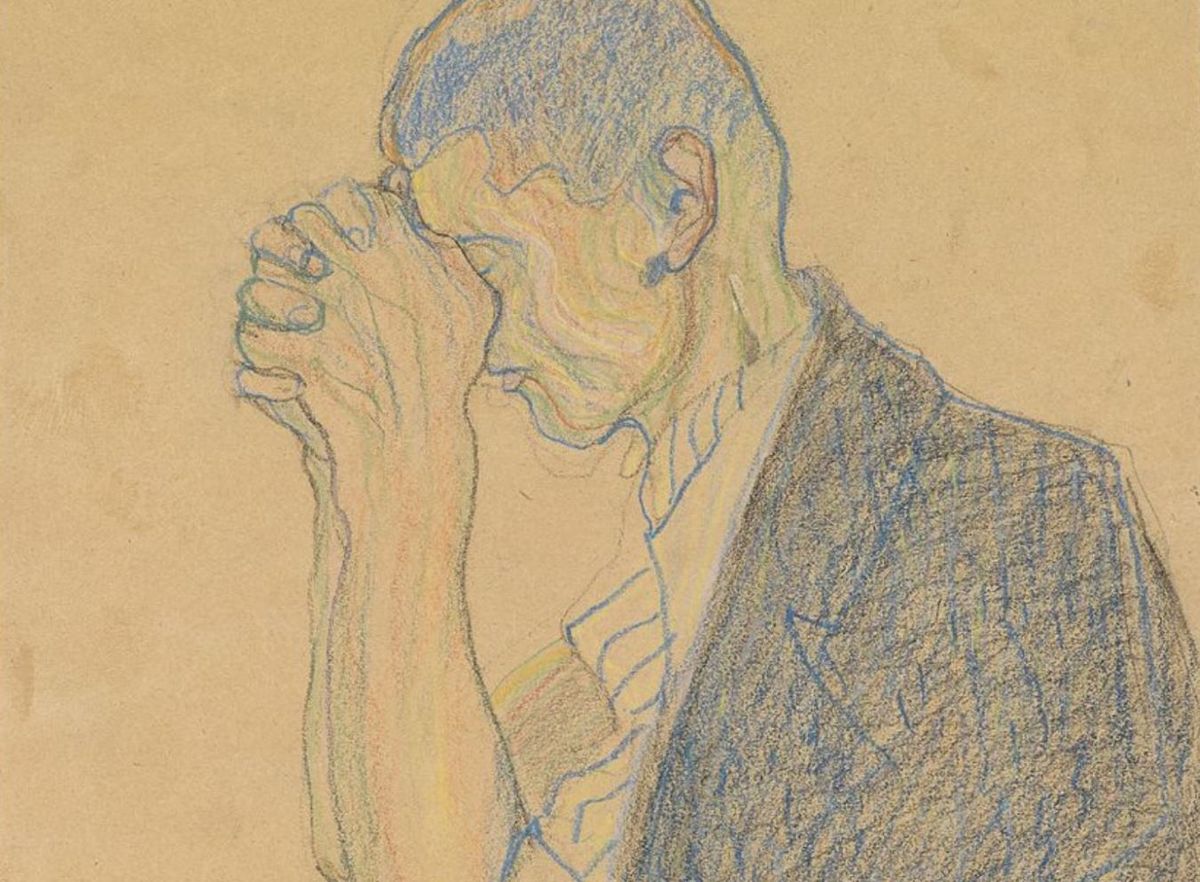 Newman’s Grammar of Assent is a seminal work in the philosophy of religion. And yet, if misunderstanding is to be avoided, it is necessary immediately to add that its primary purpose is apologetic, and its standpoint personal. Newman undoubtedly wished his arguments to be subjected to philosophical criticism, and yet, if we would catch the weight and significance of those arguments, we must continually bear in mind that here, as in all his major writings, Newman speaks as a controversialist. He seeks to prove by persuasion, rather than to persuade by proof.

A good illustration of this is the discussion of conscience and the knowledge of God in chapters 5 and 10. In these passages, which “apply” the philosophical argument of the Grammar to “the matter of religion,” and do not themselves constitute a stage or element in that argument, Newman is not attempting a formal or theoretical proof of God's exis­tence. His concern is with persuasive illustration rather than formal proof, and the selection of the theme of conscience is partly dictated by tactical considerations.

This comes through clearly in a letter he wrote, in April 1870, to the convert William Brownlow, who was later to be­come Bishop of Clifton:

For Newman, the structure of that per­sonal knowledge of God revealed in Christ which is the fruit of living, active, self-committing faith, has certain common features with the structure of our common-sense knowledge of empirical reality. This latter way of knowing: engaged, experiential, prereflexive, is—and the concept is central to the argument of the Grammar—“imaginative.” It is difficult, if not impossible, says Newman, to imagine “mental facts, of which we have no direct experience.” If we are to "believe what we cannot understand” (where “belief” refers to a mode of knowledge that, in the ordinary way, affects our conduct) then we must be able in some sense to give an affirmative answer to the question: “Can I rise to what I have called an imaginative apprehension” of the mystery of God? Or, as he puts it with misleading succinctness: “Can I believe as if I saw?”

Because the phenomenon of conscience is at once the most generally acknowledged and the “most authoritative” of the “channels” of communication between God and man, Newman concentrates on it in an attempt to “explain” to his reader “how we gain an image of God and give a real assent to the proposition that He exists.” The reader who goes along with the argument of the first part of the Grammar will thus have been brought, by reflection on his own experience, to discover the scope and significance of the distinction between “real” and “notional” apprehension and assent in general and, in particular, between “religion” and “theology.”

In its general epistemological character, Newman’s approach in this first part of the Grammar is not wholly dissimilar from that adopted by Professor John Macmurray in his 1953 Gifford Lectures. Professor H. H. Price is not the only person to have been puzzled by Newman's use of the concept of “imagination.” It also puzzled Newman. In his notebook, we find him confidently declaring, in 1861: “We can imagine things which we cannot conceive . . . In like manner we can believe what we can imagine, yet cannot conceive.” Two years later, he jotted on the opposite page: “Imagination is the habit or act of making mental images.” Later, he seems to have realized that this was not very helpful because, in 1868, he added: “I have not defined quite what imagination is. I began by saying ‘making images.’’ And there he left it.

Is there, then, some radical incoherence in Newman's account of “imagination” and “conception,” and hence of the relationship between “real” and “notional” apprehension and assent? I do not think so. John Coulson puts his finger on the central issue when he suggests that “to speak of an appeal to imagination as being one to a distinct mental faculty” is “a trap to be avoided.” Newman's distinction is not between rational cognition and some other activity which is nonrational, “merely subjective” or irrational. It is rather, as I have already suggested, between two modes of rationality or, in his own words, between two “habits of mind.”

Too often, nineteenth-century debates concerning the “rationality” of Christian belief and practice were restricted to the field of “notional” apprehension and assent. Newman was as unhappy with this restriction as he was with the alter­native strategy which would settle for the noncognitive char­acter of religious discourse. Thus, although he agreed, in 1882, that “it is of the first importance of course to show that there is no contradiction between scientific and religious truth,” he added: “yet it was not there, I fancied, that the shoe pinched.” Or, as he put it in an earlier letter to the same correspondent: “it is not reason that is against us, but imagination.”

It follows that, if there is “a true philosophy of religion,” it will have to insist that, in religious as in secular affairs, “for genuine proof in concrete matters we require an organon more delicate, versatile, and elastic than verbal argumentation.” Thus we are brought to the theme of Part Two of the Grammar, to the claim that certitude is possible in con­crete matters, and hence to the problem of verification.

That we do attain such certitude is indisputable. We are not fairly sure that “Great Britain is an island” (to take Newman's favorite example). We do not think that is probably, or almost certainly, the case. We are, quite simply, certain of it. And yet, in this case, as in all “concrete matters,” if we try to formulate a theoretical, “logical” demonstration, the conclusion of which would be “that Great Britain is an island,” we find that there is a “margin . . . intervening between verbal argumentation and conclusions in the concrete.” The conclusion of such argumentation is never more than “probable,” and yet—we are certain. How is the “margin” to be canceled, the gap closed?

Here, as so often, it is the metaphors to which Newman has recourse that best illustrate the character of his reply. The structure of proof in concrete matters is not “linear”: “proof in concrete matters does not lie (so to say) on one line, as the stages of a race course, (as it does in abstract) but is made up of momenta converging from very various direc­tions, the joint force of which no analytical expression can represent.” Or, again: “An iron rod represents mathemat­ical or strict demonstration; a cable represents moral demonstration, which is an assemblage of probabilities . . . A man who said ‘I cannot trust a cable, I must have an iron bar,’ would, in certain given cases, be irrational and unrea­sonable.”

The structure of proof in concrete matters is such as to resist formal, “analytical” expression. Thus, in a letter of 1861 to Sir John Symeon, Newman compares “the proof of Religion” to “the proof the proposition, ‘I am certain that I, JHN, shall die,’” and says: “I liken it to the mechanism of some triumph of skill, tower or spire, geometrical staircase, or vaulted roof, where ‘Ars est celare artem:’ where all display of strength is carefully avoided, and the weight is ingeniously thrown in a variety of directions, upon supports which are distinct from, or independent of each other.” The metaphor here is static: it is an image of achievement, not of process. In the Grammar, Newman's most illuminating meta­phor for the process of proof is that of the movement whereby “a regular polygon, inscribed in a circle, its sides being continually diminished, tends to become that circle, as its limit . . . a proof is the limit of converging probabilities.” It is a matter of daily experience that such proofs work, that the “limit” is reached, but they do not and cannot work except by the “personal action of our own minds.”

“You will be sadly disappointed in my ‘illative sense,’” wrote Newman to Meynell, “which is a grand word for a common thing.” In a way, he is right. For the “illative sense, that is, the reasoning faculty,” is but a “branch” of judgment, and “judgment . . . in all concrete matter is the architectonic faculty.” One of the reasons why chapter 9 is comparatively short is because it is to some extent recapitulatory, bringing into explicit focus matters that, before the introduction of the technical term “illative sense,” have already been under discussion in the earlier chapters of Part Two.

If one asks, as I did earlier: “How is the ‘margin’ to be canceled, the gap closed?” it is tempting to answer in terms of a “jump” into certitude, a “leap of faith.” One of the most serious weaknesses of Pailin's study is that he simply takes for granted that assent is to be “leapt” into, and criticizes Newman for holding that the leap is to be performed, the “gap . . . bridged by an act of will,” rather than of intellect. But Newman never “leapt” anywhere in his life. If we keep in mind the image of the polygon expanding into the circle, our question more appropriately becomes: Is it or is it not the case that we discover the margin to have been canceled, the gap to have been closed? Newman's analysis of assent is, as Coulson says, “retrospective”; he is “trying to understand backwards what has been lived forwards.” We grow, rather than leap, into conviction. We do not say: “Today I am a capitalist (or an apolitical animal); tomorrow I shall be a committed communist.” The discovery that we have come to hold a certain belief, or set of beliefs, may be sudden, but, on reflection, we can usually see something of the process whereby those beliefs were cumulatively, slowly, and often painfully acquired.

Toward the end of chapter 6, Newman opens “the all­ important question, what is truth, and what apparent truth? what is genuine knowledge, and what is its counterfeit? what are the tests for discriminating certitude from mere persua­sion or delusion?” As we follow Newman in his attempts to answer this question, we may well feel that some of them are distinctly unsatisfactory. Nevertheless, I believe that he was doing himself an injustice when, in 1876, he said (if von Hügel's memory may be trusted): “I cannot see my way to any absolute tests of false certitude and true. I quite see that this is the weak point of ‘the Grammar.’” Were such “absolute tests” available, Part Two of the Grammar need never have been written, for judgment in respect of concrete particulars would then lack that personal character on which Newman insists, and faith would cease to be a “venture,” pregnant with “risk.” Newman, like all of us, sought security.

And yet, if the Grammar of Assent speaks as powerfully to us today as it did to its first readers, this is in no small measure due to its author's insistence that, in matters of religious belief, as in personal relationships and, indeed, in all “concrete matters,” such security—which is the fruit of costly personal engagement, rather than its precondition—is, in the last resort, received as gift. Thus it is that, however shocking it may be to those who prefer more compartmentalized pat­terns of reflection, the tone of Newman's phenomenological analysis is never far removed from the mood of prayer, as in the surprisingly sudden reference, in chapter 9, to our need for “the interposition of a Power, greater than human teaching and human argument, to make our beliefs true and our minds one.”

EDITORIAL NOTE: This essay is taken from the introduction to John Henry Newman's An Essay in Aid of a Grammar of Assent. It is part of an ongoing collaboration with the University of Notre Dame Press. You can read our extensive excerpts from this collaboration here. All rights reserved. 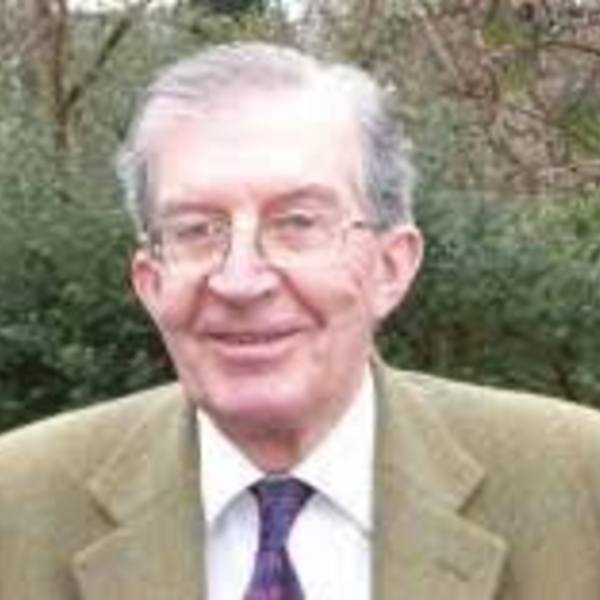 Nicholas Lash was the Norris-Hulse Professor of Divinity at the University of Cambridge. He was the author of many books, including Easter in Ordinary: Reflections on Human Experience and the Knowledge of God. 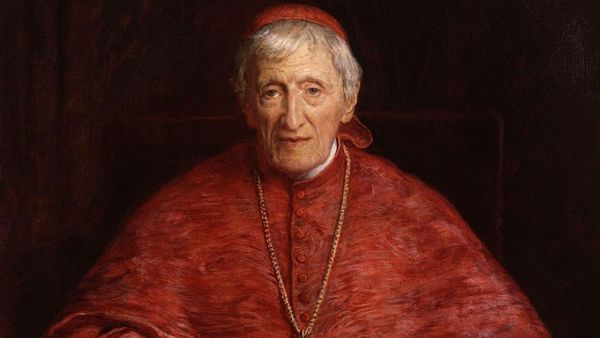