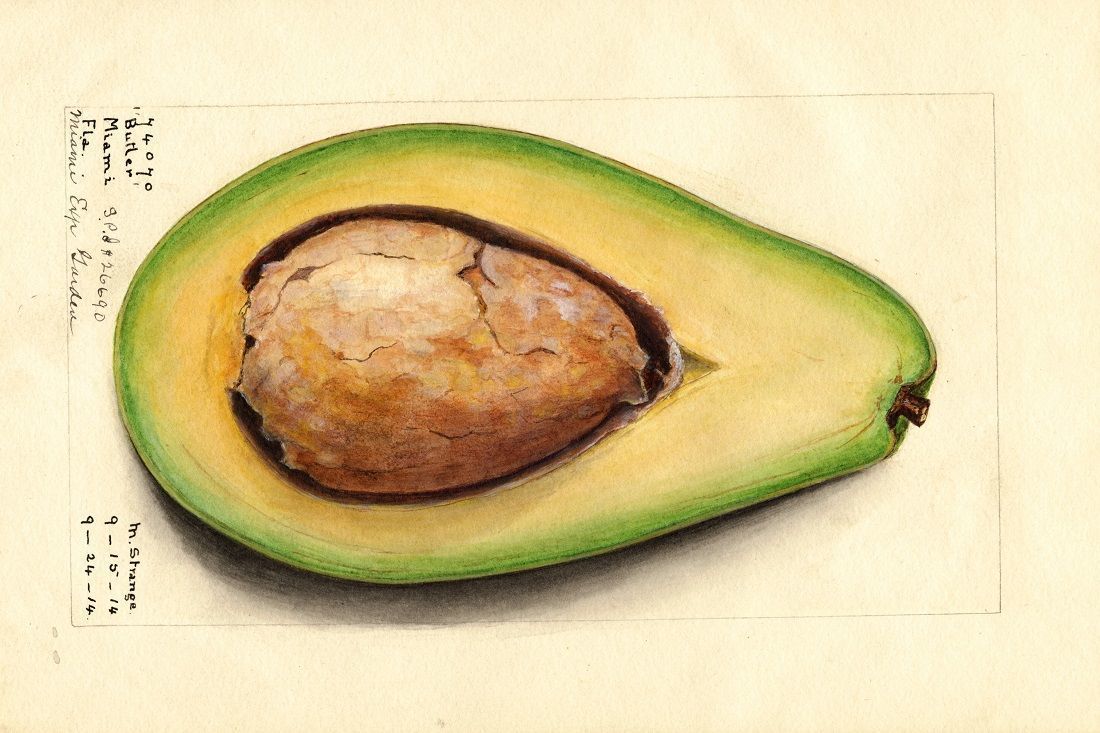 In May of 2017, Tim Gurner, Australian property developer, poked fun at the quotidian luxuries endemic to Western young-adult culture, instructing millennials to “lay off avocado toast,” and save their pennies for a house down-payment instead. Gurner’s glib remark prompted mockery both of the popular breakfast item’s obscenely inflated prices, and a waterfall of similar critiques directed at privileged young professional class who indulges in it.

Even prior to Gurner’s comments, plenty of thinkpiece hay has been made of millennials’ spending habits, causing consternation and bemusement.[1] Millennial spending habits have engendered speculation on whether millennial aversion to materiality is merely a delay in their maturation into appropriate American adult materialism; or whether millennials are forging a new way of imaging success.[2] In many respects, millennials are foregoing material goods and gains for more intangible goals. Generally rejecting flashy material purchases (such as luxury cars) as indications of status.[3] The millennial generation employs other metrics to measure status. Because a majority of millennials prize access over ownership,[4] living in a space where they can access cultural experiences, urban conveniences, and the latest trends, provides status, i.e., ample fodder for content-driven social media profiles.

No longer the mid-century Steinbeckian ideal of being master of one’s own land, the millennial dream delays, or, rejects white picket fence property ownership in favor of living one’s “best life,” living into one’s “fullest potential.” The fulfillment of the millennial dream is self-actualization.

In a certain respect, this privileging of self-actualization and authenticity points towards the ultimate task of the human being: becoming. Millennials prize the journey of the human being towards a fully flourishing humanity. The goal of this human flourishing, however, remains undefined. Philosophy 101’s question: “What is the Good Life?” remains unanswered, leaving shallow, self-congratulatory aphorisms to fill the lacuna of a telos: “It’s the journey, not the destination,” “Trust the process.” By collapsing the goal of becoming to “becoming” itself, by robbing the quest of its directionality, the person undercuts the very whence and whither of the journey. Inevitably a soft nihilism surfaces in between bites of avocado toast. What is the point of all this becoming, anyway, if this, the journey, is our only destination?

The radical freedom and mobility which our contemporary global Western society offers is historically unprecedented, and millennials are the first generation to come of age in this milieu of radical mobility. The shadowside of this proliferation of opportunity is the lack of motivation to commit to anything. But sumans are not designed to simply seek our own self-actualization, rather this actualization of our potential must be oriented towards a specific goal extrinsic to ourselves, a specific other. As homo adorans, humans will naturally worship something. Thus, if not oriented towards a higher good outside of us, then we will make a god of our own becoming.

In a lecture given earlier this week at Notre Dame as a keynote for the McGrath Institute for Church Life’s “Cultures of Formation” Conference, Bishop Robert Barron cited Bernard Lonergan’s theory of cognitive growth to account for millennials’ continual idolizing of the journey or the quest. Bishop Barron proposed:

The romanticization of the quest keeps us locked at the second stage of the epistemic process intelligent exploration of hypotheses and likely scenarios, this precludes the next and decisive steps, which is to choose which of the many bright ideas is the right idea. A failure to come to this third stage means one never comes to the fourth level, which is the responsible acting out of one’s judgement.

In order to become fully fledged members of a community, society, or Church, the person must commit to one possibility of the myriad possibilities which flood her life’s horizon. He must take the risk of rejecting some of the bright hypotheticals and choose to make one bright possibility actual. Claiming a particular faith, person, or community sacrifices the god of becoming upon the altar of being-with-and-for another. As we accept the limitations of one person and one location the stability of that commitment grounds our becoming in a meaning, a telos, to orient our journey. In being with-and-for another we discover what indeed makes us fully human beings. Commitment to what is radically not ourselves, which offers a challenge to our own self offers us a form to which we can grow towards, into a fully realized being we could not achieve on our own. Commitment is a sort of sacrifice, a sacrifice which is not the abnegation of our own identity.

In general, the millennial’s education has rendered them hyper-aware of sociopolitical, economic, gendered, racial inequalities. They are sensitive to the corporate and capitalistic demands that unjustly restrict the possibilities of the human person, which place social or corporate well-being in competition with individual human flourishing. Indeed, in a society of rampant capitalism gone rogue, a strong hermeneutic of suspicion is justified. The millennial Weltanschauung insists the ideal constitution of the human person to be radical opportunity, a flourishing which is non-competitive with his neighbor and unobstructed by his environment. This extreme concern for each human subject’s unique irreplaceability and value so limitless Divine Love would harrow hell for her, should only be applauded by an incarnational religion. A faith which believes God came to live among humans who now constitute his mystical body ought to embrace this concern for each sacred imago dei, and provide it with its missing telos. The Christian sacrificial imagination can speak to a generation wary of the concept of sacrifice.

Too often, in imagining sacrifice, we imagine a morose, deontological action in the name of a moral or ethical cause. Sacrifice means doing the hard thing that is necessarily distasteful for the sake of “the cause” which is greater than the individual, thus sacrifice demands the annihilation of individual concerns. Self-sacrifice becomes a sign of sincere effort in forwarding a social cause to which the individual is sacrificed.

Conversely, ancient cultic sacrifices from Israelite culture, which provide the typological images for Christ's passion (e.g., the Passover lamb), do not depict sacrifice as self-abnegation for the sake of the other, but rather celebrate joyful communion. The animal offered up is a sign, not of any loss or lack on the part of the worshipper, but rather "a return to God of what is already God's."[5] This act of gratitude, by which the believer acknowledges that the first fruit of his harvest are not "lost" to him by being immolated, because they were never his in the first place, is not beneficial because it deprives the worshipper of relationship or identity, it is beneficial because the sacrifice restores right relationship, rehabilitating the worshipper’s identity. The cultic sacrifices related in the Hebrew scriptures (Ex 24; Lev 23:19) instantiate relationship, they joyfully restore communion and community between ruptured parties (God and the human, the human and her neighbor). The hope of sacrifice is that there is something or someone who has real meaning outside our own quest for self-made meaning. And, through our own activities of right relationship, we can participate in it. Sacrifice restores right relationship in a community, through a re-ordering of our world, acknowledging our dependence upon and fundamental orientation toward that which radically other from us. Sacrifice means acknowledging that the Other places a claim on us; and this claim is not inimical to our own self-realization, our own self-discovery, but, rather, answering this claim is the key to becoming who we were meant to be.

Millennials have inherited a world of seemingly limitless opportunity, offering previously undreamed-of avenues of journeying towards fullness of being. Without the gift of self in sacrifice of love to the other, without the re-ordering of our own world through adoration of an Other, the fullness of human flourishing eludes us. True sacrifice of self is the completion of the self, the handing-over of who we are to the other in the name of a good which stands over and above us, and welcomes us into it. Sacrifice—of time, of our talents, of our gifts, of our plans—made in love for the sake of another is the narrow path which leads us to fullest, truest human flourishing. For the human person is made for gift, to be given away in love—to return the self which is already God back to God. This limitation of self for the sake of being-with-and-for each other radiates through the Christian witness most strongly in the Eucharist. As the congregation approach the Eucharistic table to receive, each one receives Christ, Lord of the Universe, who has humbled himself to be contained in the limits of lowly, un-instagrammable bread and wine. There, in the sacrifice of the altar we become this identity we receive: members of the body of Christ sent forth into a world desperately in need of the meaning brought about by sacrificial love unto the end, that is, communion.

Editorial Note: During the month of March, Church Life will be considering the many ways in which the sacrifice of the cross shapes all aspects of the Catholic imagination (click here for the other pieces in this series).

[1] Note: For the remainder of this essay, “millennial,” for the sake of convenience, will specifically refer to the university-educated, upper-to-middle class adult children of middle-to-upper class parents in the developed Western world. And this article’s author numbers among them. Meaning, I am also, to varying degrees, implicated in millennial habits and shortcoming, and a subscriber in my own particular way to the millennial Weltanschauung laid out below.

[3] “There's also a shift in how millennials perceive cars in general. Gone are the days when owning a car, the ultimate status symbol, meant freedom and maturity. For this generation, automobiles have become less of an aspirational purchase and more of a utilitarian one.” Melissa Etehad, Rob Nikolewski, “Millennials and Car Ownership? It’s Complicated,” LA Times (December 23, 2016, Accessed Online).