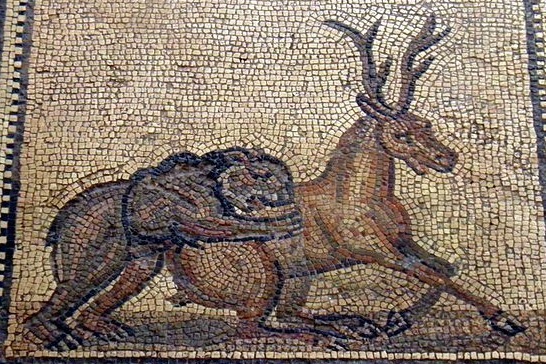 The present political climate in the United States reminds me of David Foster Wallace's Infinite Jest. The American people in the person of Donald Trump have found "The Entertainment" that we cannot pull our eyes away from. Our news organizations are participating in this act of entertainment, since after all, this is what we demand. Everything comes back to Donald, whose campaign is infinitely entertaining. We are entertaining ourselves to death. One wonders if there is any way out of this present political malaise. A way to rip ourselves away from "The Entertainment" of a campaign devoid of substance, of intellectual inquiry, of even a modicum of human decency.

Perhaps, the Church has a role to play in re-building a political civilization of solidarity in which the orientation is not toward self-aggrandizement but love. To a certain degree, we need an asceticism in which both religious and secular Americans turn their eyes away from the spectacle. For Catholics in particular, there needs to be a fasting from the political circus unfolding in our midst. To watch the Republican debates right now is to support "The Entertainment." Like Alypius in The Confessions, maybe we think that we can float above the fray, watching the circus of violence as a disinterested observer. We cannot:

No longer was he the man who joined the crowd; he was now one of the crowd he had joined, and a genuine companion of those who had led him there. What more need be said? He watched, he shouted, he grew hot with excitement, he carried away with him a madness that lured him back again not only in the company of those by whom he had initially been dragged along but even before them, dragging others. (The Confessions VI.8.13)

Of course, the goal as lay Catholics in particular is not to disengage from the world. Rather, it is to participate authentically in social life, which may mean withdrawing from the present way that political life unfolds. Our debates, our politics may be forms of lies, falsehoods that are the result of a lust for domination. There are other ways to view political engagement. As John XXIII writes in Pacem in Terris:

Human society must primarily be considered something pertaining to the spiritual. Through it, in the bright light of truth men [and women] should share their knowledge, be able to exercise their rights and fulfill their obligations, be inspired to seek spiritual values, mutually derive genuine pleasure from beauty of whatever order it be, always be readily disposed to pass on to others the best of their own cultural heritage and eagerly strive to make their own the spiritual achievement of others. These benefits not only influence but at the same time give aim and scope to all that has bearing on cultural expressions, economic and social institutions, political movements and forms, laws, and all other structures by which society is outwardly established and constantly developed. (266)


Our political structures in the United States, our economic institutions, our universities (including some of our Catholic ones) have ceased to understand the spiritual nature of their vocation. Politics is not about power, about entertainment, about the creation of security, about accessing vast quantities of wealth, of ascending rankings. It is about making possible a spiritual existence for a nation, for a state, for a local community. The United States has forgotten this fact. And it is the role of the Church to make possible at the local level a renewal of human society.

Maybe, in the end, this is what is meant by "The Benedict Option." Not turning away from the world in hatred, hoping to form an alternative utopia away from the hoi polloi. The Benedict Option may instead be a time to invite Catholics and non-Catholics alike to a detox program. A program in which we turn our eyes away from "The Entertainment" and instead look upon truth, goodness, and beauty.

The Church's schools, universities, hospitals, and parishes have a responsibility to re-build a political culture of love, of solidarity, and of hope. Yet, the first step may be turning away from the very political culture that has created the monstrosity of a campaign that we have grown to love.

You'll find this way of love, this work of solidarity at your parish soup supper, your fish fry, your local Catholic Worker, a theology or political science or economics classroom at your Catholic school.

But, we will not find it in "The Entertainment."