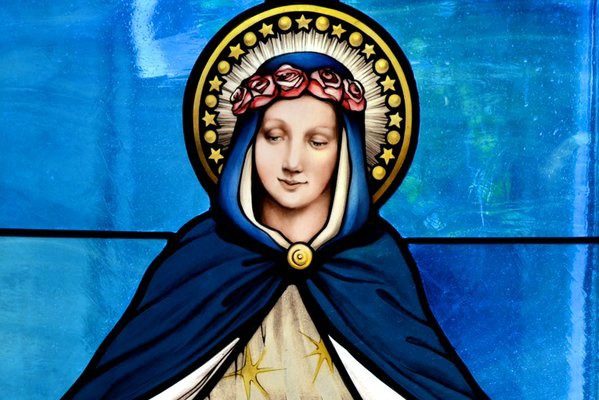 Pope Francis’ Message for Lent in the Year of Mercy (LM) bears the title, “I desire mercy, and not sacrifice” (Mt 9:13). The works of mercy on the road of the Jubilee. Signed on the Feast of St. Francis (October 4, 2015), the message is subdivided into three subheadings. Parts two and three focus directly on mercy, reflecting respectively on God’s covenant with humanity: a history of mercy and on the works of mercy.

It is the first part, however, that is remarkable in that it directs attention to the Blessed Virgin Mary. Since the papal Lenten messages began in 1978, this has never been done. A possible exception may be Lent 1988 occurring during the Marian Year; but even Mary’s Pope, St. John Paul II, did not refer to her more significantly than with a general salute. Surprising, also, is the title of the first subheading of Francis’ Lenten Letter: “Mary, the image of a Church which evangelizes because she is evangelized.” At first glance, this heading seems strange since it does not include the term mercy. Why does the Pope not refer to Our Lady as Mother of Mercy, an ancient title in the Catholic Tradition? Why is Mary referred to as the paradigm of evangelization instead of an exemplar of receiving and offering mercy? Since Pope Francis does not answer these questions, we are free to speculate.

In his reflection, Pope Francis directs our attention to Mary’s Magnificat (Luke 1:46–55), where she “prophetically sings of the mercy whereby God chose her” (LM 1). This jubilant song opens the door to the heart of this young woman of Nazareth. Indeed, it allows us to better fathom her soul’s disposition as she witnesses to God’s infinite love for herself and his people. The Magnificat can be divided into two parts. In the first part, Mary praises God for the marvelous deeds he has worked in her. She acknowledges that in spite of her nothingness as humble handmaid, God has chosen her to work great things through her. She boldly proclaims: “All generations will call me blessed” (Lk 1:48), fully aware that she has not earned this reputation through her own accomplishments but only because of the great things the Almighty has done in and through her. He has chosen her for a singular task. He has preserved her immaculate, thereby removing even the smallest obstacle that would tarnish her relationship with him. His grace afforded her the freedom to say an unconditional fiat to his plans, whereby she became the virginal Mother of his divine Son. Unlike any other human being, God has called her to accompany the fruit of her womb from crib to Cross and thus partake in the work of divine redemption itself.

Mary has encountered the merciful God who is at the same time almighty. She treasures both aspects as a single and unified precious gift: because the merciful God is also omnipotent, he can turn chaos into order and heal the brokenness of our human condition. God has the power to scatter the proud in their conceit, to cast down the mighty from their thrones, and to fill the hungry with good things. There is no sin that he cannot forgive; no guilt and fault from which he cannot liberate us. In the words of Pope Francis: “Mary attests that the mercy of the Son of God knows no bounds and extends to everyone, without exception” (Misericordiae Vultus, §24).

In the second part of the Magnificat, Mary acknowledges the great things God has done for his people Israel. The line uniting the two sections of the Magnificat reads: “His mercy is on those who fear Him from generation to generation” (Lk 1:50). Pope Francis reminds us that “we too were included in those prophetic words of the Virgin Mary” (MV 24), as well as all people before us and those yet to come. While God’s mercy extends to all, Mary’s song clarifies that it can only be fully appreciated by those who open their hearts to this gift. The acknowledgment of our own misery seems to be the key to God’s unlimited mercy. This holds true for each individual, including Mary, for the people of Israel, and for each community with God at its center.

Thus, Mary’s Magnificat culminates in her conviction: “He has helped his servant Israel, in remembrance of his mercy” (Lk 1:54). It is exactly in being the servant of the Lord that Israel was a chosen people. Just as Mary, the humble handmaid was the recipient of God’s mercy, so also is “the mystery of divine mercy revealed in the history of the covenant between God and his people Israel” (LM 2). In spite of Israel’s repeated unfaithfulness to the covenant, “God shows himself ever rich in mercy, ever ready to treat his people with deep tenderness and compassion” (LM 2). As soon as they return to him, openly confessing their guilt and shame, they find themselves in the embrace of Love and Mercy. God’s mercy is always greater than his justice! He is the first to offer a helping hand. He gives himself to us without counting the cost. He does not love us in spite of our ugliness but exactly because of it. He offers us his mercy not on account of our merits but because of our need. He loves us, not because we are precious; rather, we are precious because of his infinite goodness to us. Pope Francis must have had such a transforming experience. His motto “Miserando atque eligendo” recalls his own Magnificat, as it were, when, following the Sacrament of Confession, he personally encountered the mercy of God who, descending with a gaze of tender love, called him to religious life.

The Magnificat is Mary’s reply to God’s incomprehensible gift of mercy. Having experienced God’s mercy, she herself becomes the bearer of mercy for all generations. As a mirror image of divine mercy and example of Christian mercy, she is a model for each one of us, for the Church, and for a culture of Mercy. In the words of Pope Francis: “Mary attests that the mercy of the Son of God knows no bounds and extends to everyone, without exception” (MV 24). Throughout her life, she remains mindful of it and faithfully savors this gift in her soul. Her earthly pilgrimage with all its joyful, sorrowful, and glorious aspects testifies to God’s mercy. She can be and do all things because God’s mercy envelops her.

At the same time, Mary is Mother of Mercy, and thus she can be our advocate. Is this the answer to our initial inquiry? Could it be that this divine gift, by which the Blessed Virgin Mary becomes an ambassador of Mercy Incarnate, is the key to her being “the perfect icon of the Church which evangelizes and . . . continues to be evangelized” (LM 1)? I believe Pope Francis has answered this question in the affirmative. In the jubilee bull Misericordiae Vultus, he confirms that:

“as the Church is charged with the task of the new evangelization, the theme of mercy needs to be proposed again and again with new enthusiasm and renewed pastoral action. It is absolutely essential for the Church and for the credibility of her message that she herself live and testify to mercy. Her language and her gestures must transmit mercy, so as to touch the hearts of all people and inspire them once more to find the road that leads to the Father.” (MV 12)


No wonder, that Mary’s pivotal role in the work of evangelization receives priority in the Pope’s message for Lent in the Jubilee Year, which in Francis’ own words should “be lived more intensely as a privileged moment to celebrate and experience God’s mercy” (MV 17).