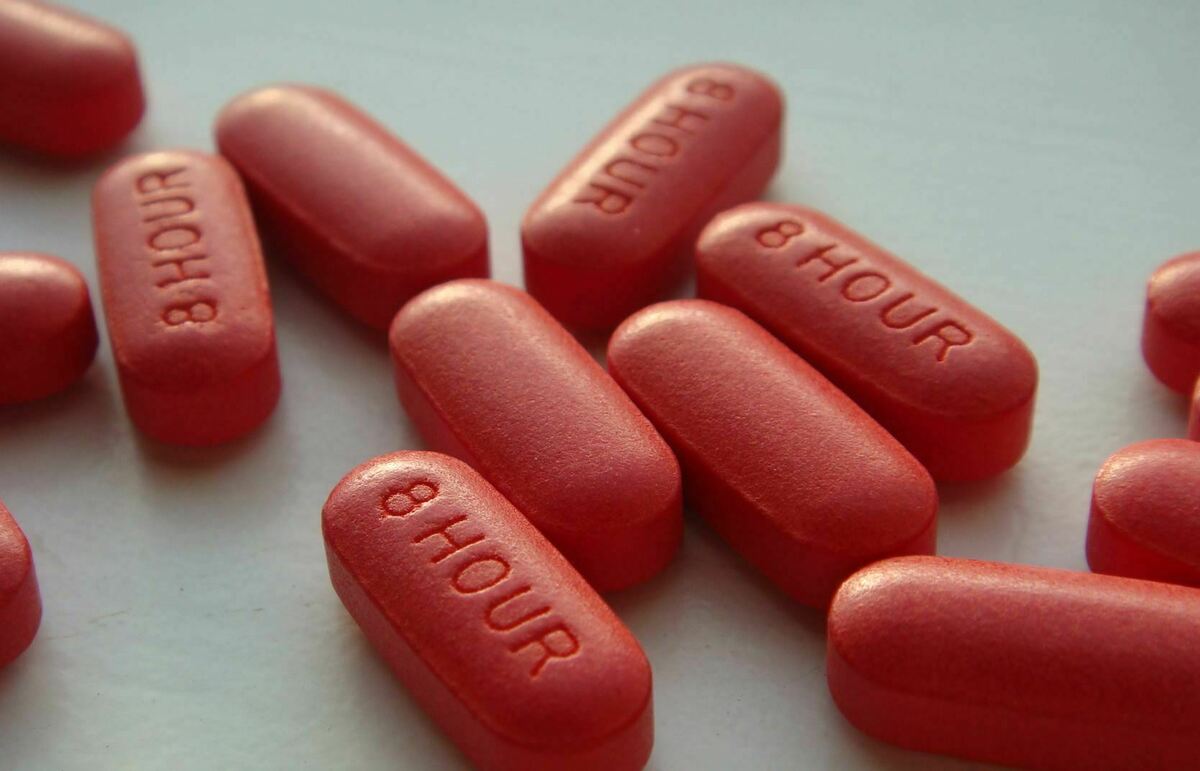 When it became clear, in late 2020, that the Pfizer and Moderna mRNA vaccines were very safe and effective, and soon to be approved for use around the world to combat the COVID-19 pandemic, Catholics and many others became intensely concerned with the question of their morality, particularly their connection with abortion. Unfortunately, as it turned out, both vaccines relied on the ubiquitous cell line HEK 293 (very probably developed from an aborted fetus) for confirmatory testing. Hopes that the first shots out of the gate would have no connection to abortion whatsoever were dashed. That said, faithful Catholic ethicists and bishops the world over quickly recognized that this connection was not enough to reject the vaccines on moral grounds in the present circumstances. This was strongly confirmed by the Congregation for the Doctrine of the Faith (CDF) in its Dec. 21, 2020 “Note on the morality of using some anti-COVID-19 vaccines.”

This was not a novel judgment. Established Catholic teaching made it clear that what the CDF identified as “remote” and “passive material cooperation” was justified in the case of a global pandemic. Almost two decades ago, the CDF had looked closely at the question of various common childhood vaccines with connections to abortion and concluded their use (but not the abortions or the use of the aborted human remains in research, nota bene) was justified.[1] Moreover, the “Note” itself did not specify the two mRNA vaccines. Rather, leaving aside any arguments that some of the vaccines have a closer relationship to abortion than others, it simply taught that the use of every vaccine so far developed was justified.

This teaching was not universally accepted by the faithful, or, at least, not in North America. Many contended that any connection with abortion whatsoever made the reception of the vaccines morally impossible for Catholics. This position, though, became very awkward to maintain when investigation demonstrated the practical inevitability of using products, medical and otherwise, that had had recourse to HEK 293 at some stage or other. The line is implicated not only in the overwhelming majority of pharmaceuticals, but also in things like processed foods and cosmetics. Avoiding it entirely would mean going completely off the grid.

Among those who advocate for Catholics to receive the vaccine, Tylenol (i.e., acetaminophen) has become a kind of symbol of the supposed moral incoherence of those who reject the vaccine. How can one justify taking one medication that has been tested on HEK 293 for a headache, they ask, but reject another that is essential for slowing a global pandemic and saving thousands upon thousands of lives?

Catholic teaching on cooperation with evil[2] includes, but is not reducible to, a proportionality test. Intrinsic evils are never justifiable; nor is formal or direct cooperation with another’s evil action (e.g., loaning your friend a weapon so that he can commit murder with it). But what the tradition calls “remote material cooperation with evil” may be justified to pursue certain goods under certain conditions. And this is the kind of cooperation with evil involved in receiving vaccines produced with recourse to cell lines developed from aborted fetal remains. In such cases, a proportionately greater good justifies a proportionately closer cooperation. Conversely, very remote cooperation does not need a very great good to be justified. Those taking acetaminophen without a qualm but rejecting the vaccines for their connection with abortion seemed to have things exactly backwards, lowering the bar for their own headaches and then arbitrarily raising it for the pandemic.

While acetaminophen has become the standard example of a drug that was tested using HEK 293 that those rejecting the vaccines take without batting an eye, a more interesting candidate has now emerged. Ivermectin, widely touted as an effective treatment for COVID-19 by those rejecting the vaccines (though not by most health professionals, any regulatory bodies, or even the drug’s own manufacturer, Merck), has been tested on HEK 293. It is hard to avoid the conclusion that at least some of those ostensibly rejecting the vaccines for their connection with abortion are, in fact, simply using the abortion connection as cover for a decision made on other grounds.

Interestingly, from the same quarters that had insisted that any connection with abortion was too much when it came to the vaccines, we now hear that there are important distinctions to be made that justify the use of other drugs tested on HEK 293. To take the simplest and most obvious example, though there are others much more arcane, we are informed that any tests on acetaminophen that had recourse to HEK 293 are completely irrelevant because acetaminophen had been formulated and approved long before HEK 293 even existed. What are we to make of this?

First of all, we can acknowledge that there are all kinds of factors that make cooperation more or less remote and that testing after formulation and approval may be more remote than testing before. But just how remote does something have to be? Recall that the CDF eschewed just such fine distinctions in its assessment of the justifiability of receiving the vaccines. What is the justification for saying that, despite the judgment of the CDF, the remote cooperation involved in the vaccine is not remote enough, but the (perhaps?) slightly more remote cooperation involved with acetaminophen is? And let us not forget the other side of the proportionality equation. Headaches need to clear higher bars than pandemics in any case.

To be fair, though, many making these arguments are not suggesting that testing after the fact is merely more remote, but that it has no meaningful connection whatsoever. On this matter we can grant that, if they were among those claiming that any connection at all with abortion is disqualifying when this all began, they are at least being consistent. But is this suggestion plausible?

Inasmuch as testing after approval and formulation has benefits such as quality control on which the patient relies, but even more because such testing could lead to updated recommendations or new therapeutic applications for a given drug, it seems not.[3] Can we imagine a person who would take an acetaminophen for a headache but reject any medical advice on how to best use it regarding, e.g., optimal dosage, interactions with other drugs, implications for certain medical conditions (etc.) because that knowledge was gained as a result of testing that happened using HEK 293 after its initial development? Or, who would decline other therapeutic uses that have been or may be discovered in subsequent testing because of the presence of HEK 293 in such testing? More to the point, are those who reject the vaccines due to their connection with abortion actively making these careful distinctions and sharing them widely to help everyone use their acetaminophen in a way that avoids any connection with HEK 293 whatsoever?

And here is the rub. Even if we were to grant that acetaminophen’s moral connection with abortion is either nonexistent or so much more remote than the connection of the mRNA vaccines as to justify its use for even a slight headache while a pandemic does not justify the vaccines, we have come no nearer to a satisfactory answer to the underlying question. It is one thing to provide ad hoc justifications for the use of this or that drug that one is disinclined to forego. It is another thing altogether to be able to provide a clear line against which any drug (or cosmetic or processed food, etc.) may be judged and that somehow manages to justify virtually every modern medicine except the vaccines. This is moral gerrymandering, and the line it produces is not clear, but serpentine.

Any distinction in the relationship between HEK 293 and acetaminophen, on the one hand, and HEK 293 and the vaccines, on the other, however legitimate in itself, is functioning here as a smokescreen. Unless and until those committed to rejecting the judgment of the Church that the vaccines are justified in the present circumstances are willing to research, enumerate, and recommend against the use of every other drug (to say nothing of other products) that is at least as connected to abortion as the vaccines, it is hard not to see their arguments as disingenuous.

Now, in case this leaves the reader disheartened and confused, wondering what they should do until such a moral inventory of modern medicine (and everything else) is compiled, allow me to recommend to you the magisterium of the Catholic Church. None of us can do the kind of work required here on our own. Moreover, among those who do undertake such work, there are bound to be disagreements that the rest of us are not well equipped to adjudicate between. The good news is that we do not need to. The Church has spoken:

All vaccinations recognized as clinically safe and effective can be used in good conscience with the certain knowledge that the use of such vaccines does not constitute formal cooperation with the abortion from which the cells used in production of the vaccines derive.

And, so, rest assured, you can take your Tylenol too.

[1] In order to highlight that it was only the use of the vaccines, and not the abortion or the research, that was justified, the CDF instructed Catholics to make known their objections to the practice of using aborted fetal remains in such research.

[2] I leave aside here the question of whether “cooperation with evil” is the best category for understanding this.  Cogent arguments have been made that the category of “appropriation of evil” is better suited to this work. I am sympathetic to such arguments, but will refer to cooperation with evil in this essay because it is more commonly known, because it is the framework used in the CDF’s “Note,” and because I believe that the general argument I am making in this piece applies equally well in either case.

[3] Some mistakenly presume that the only relevant moral connections are physical and so imagine that any testing that led simply to new recommendations or applications would be irrelevant since the chemical formulation in the bottle at your pharmacy remains the same as it was before any testing on HEK 293.  But morality is about acts and intentions, not artifacts. And the morally relevant connections cannot be traced with reference to the physical artifact alone. For more on this, see the heading “physicalism” near the end of this article. 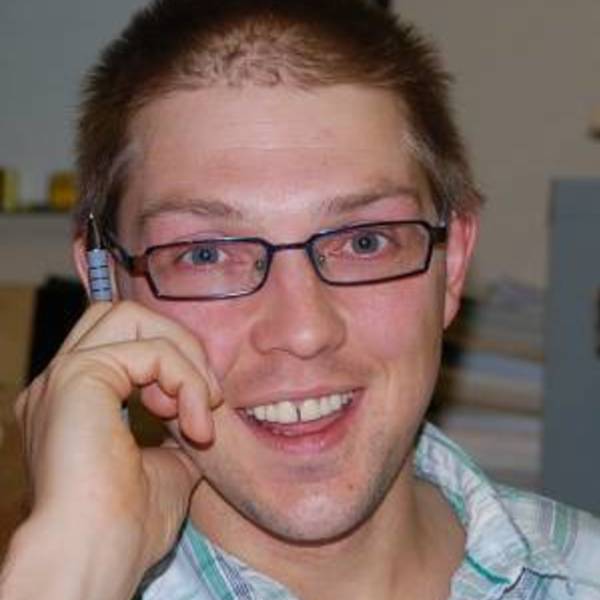 Brett Salkeld is Archdiocesan Theologian for the Roman Catholic Archdiocese of Regina and is the co-host of the Thinking Faith podcast. His latest book is Transubstantiation: Theology, History, and Christian Unity.

Does the Origin of the Fetal Cells Used for Developing Vaccines Make Any Difference?

Brett Salkeld on abortion and the development of the HEK293 line. 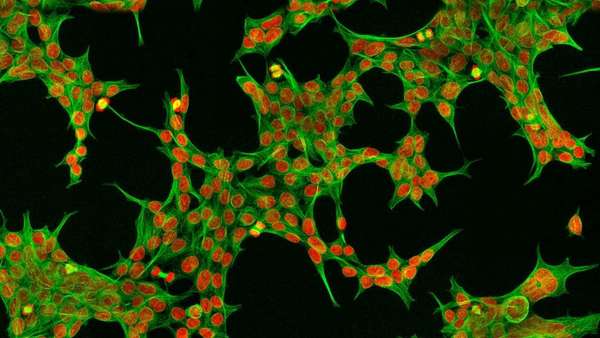