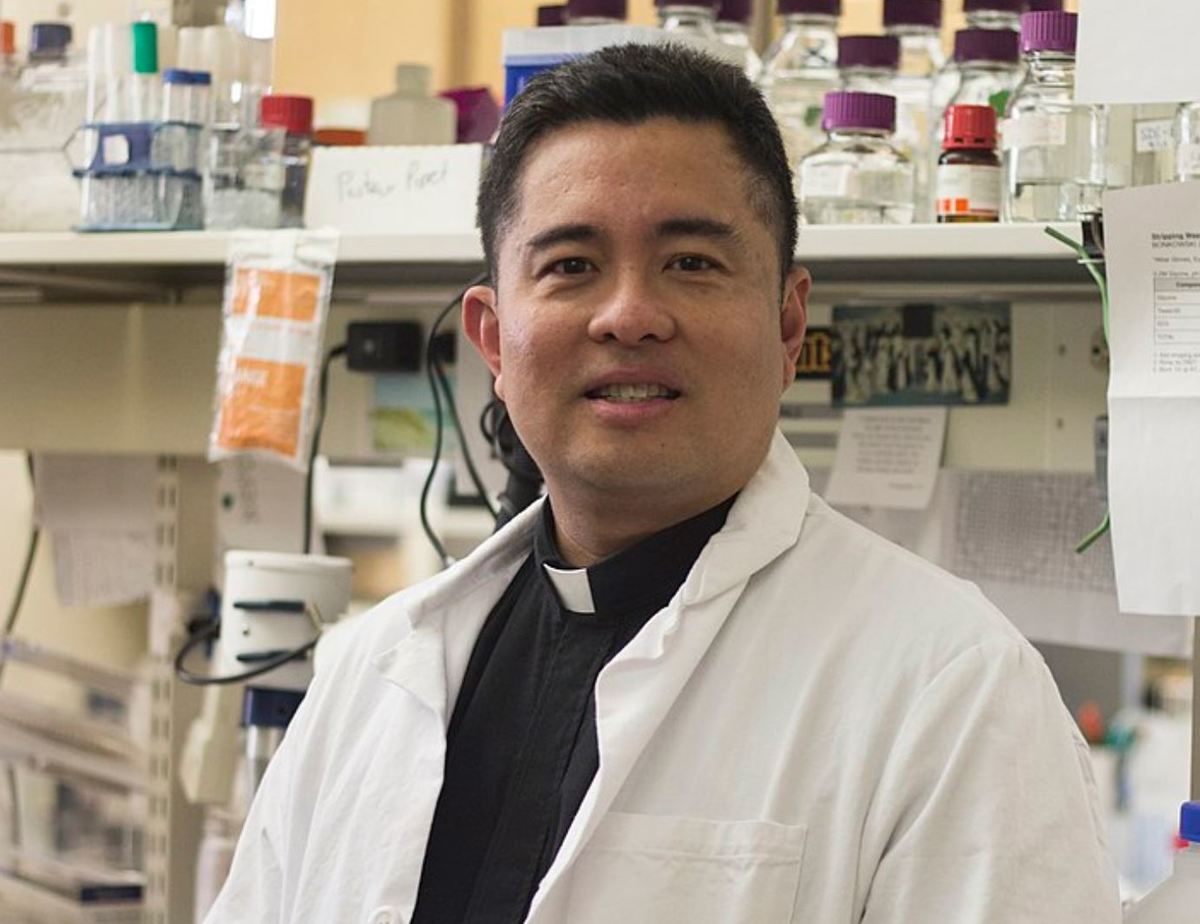 Over the past several months, I have received numerous inquiries about my views on the COVID-19 vaccines. I have been very busy with COVID-19 pandemic management in the Philippines so I have not had much time to respond to them. However, as vaccination campaigns ramp up around the world, I think that it is time for me to give some answers.

To be clear, as soon as the Moderna COVID-19 vaccine became available for the friars and staff at the Providence College priory, I got vaccinated with it this February. Additionally, as soon as a vaccine becomes available for my mother in the Philippines, I will encourage her to be vaccinated with it. Why? First, because these vaccines will save lives and protect our health care system. They will end the pandemic and remove the always-looming threat of lockdown and social disruption. They will allow us to hug again.

Second, because I trust the scientific process that has gone into the development and testing of these vaccines. Yes, these vaccines were developed in record time, but that should be expected when scientists have unlimited funding to support their experiments and no other burdens to deal with like writing and revising grant proposal after grant proposal in small incremental steps.

Moreover, these vaccines rely on decades of research. It is not as if scientists woke up one morning at the beginning of the pandemic and started making a vaccine from scratch. We have known about mRNA for over 50 years, and we know how it is made, used, and destroyed in the cell. We have known about RNA viruses for decades as well, including the subclass of RNA viruses that are called coronaviruses.

Decades of experiments and countless sleepless nights by tens of thousands of scientists who spent hours and hours toiling at the bench form the bedrock of the vaccines that are now being deployed around the world. A lot of great science went into these vaccines and a lot of great scientists were needed to generate these developments.

Some people are nervous to receive the vaccine because of the speed of the testing. True, the testing of these vaccines was accelerated, but the number of volunteers in the clinical trials was still in the tens of thousands for each vaccine. Again, this can be expected when you have billions and billions of dollars thrown at you by desperate governments that are struggling with an unprecedented global pandemic wreaking havoc on every country’s economy. In the end, the numbers say it all, and the numbers clearly say that these vaccines are safe and efficacious. Tens of thousands were tested and they developed an appropriate immune response to the SARS-CoV2 virus. Tens of thousands were tested and none of those became very ill or died from the vaccines.

Will these vaccines have side-effects? Absolutely. That is what the clinical trials have also shown. I expect to have a sore arm for a day or so after receiving it. I expect to have a fever and to feel worn out for a time. But these are signs that the vaccine is working. These are signs that the vaccine is jumpstarting my immune response so that I can make those precious antibodies that will wipe out the COVID-19 virus if I am exposed to it in the future. The pain and discomfort and just plain inconvenience of these side-effects do not compare with what I would experience if I did get a severe case of COVID-19, or God forbid, with what someone else would experience if I infected them with COVID-19 and they ended up in the ICU.

As a Christian, I am taught that a broken world can only be redeemed by sacrifice. This is the meaning of the Cross. In my view, the few days of discomfort and downright wretchedness that I expect to experience after each dose of the COVID-19 vaccine will be my contribution to the sacrifice that heals the world (cf. Col 1:24). But what about the rare allergic reactions to the vaccines? True, an adverse reaction is a real possibility. In the first two weeks of the vaccination campaign in the USA, twenty-one cases of severe allergic responses were recorded among 1,893,360 vaccinations. Most of these allergic responses (71%) occurred within 15 minutes of injection. I am not concerned by this. First, I have not experienced severe allergic responses before. The twenty-one people who experienced a response to the COVID-19 jab had a history of bad allergic responses. So it is unlikely that I will experience this reaction myself.

Second, we have a solution to these allergic responses—the EpiPen. I have had students who walk around campus with an EpiPen because they know that they are prone to allergic responses. Here in the Philippines, we plan to have EpiPens available everywhere we do vaccinations. So we will be ready. If I or someone else gets an allergic response, we will jab them with that EpiPen, and that person who has a reaction will probably be fine.

What about infertility? I have heard claims that the COVID-19 vaccine will make women infertile. The claim is based on an alleged similarity between the SARS-CoV2 Spike protein—which is the target for the COVID-19 vaccines made in the USA and UK—and the syncitin-1 protein found in the human placenta. The claim is that an immune response against the Spike protein would trigger a similar immune response against the syncitin-1 protein rendering women infertile.

Moreover, if an antibody response against COVID-19 triggers a response against the human placenta, then we would expect that COVID-19 would trigger miscarriages as the body attacked the placenta while attacking the virus. No increase in miscarriages has been seen among the 45,000+ pregnant women who have been infected with SARS-CoV2 since the beginning of the pandemic. Finally, there are reports of women becoming pregnant during the vaccine clinical trials after they had developed an immune response against the SARS-CoV2 virus. This demonstrates that they were not rendered infertile by the vaccine.

What about reprogramming our DNA? I have also heard the fear that the COVID-19 mRNA vaccines will change your genes. This claim is based on an alleged mechanism whereby the COVID-19 mRNA that is included in the Pfizer and Moderna vaccines is encoded back into DNA which is then inserted into the vaccinated person’s own DNA. Once again, this claim is unreasonable and not supported by any science. For the most part, every human cell has hundreds of thousands of copies of its own mRNA at any one moment in time. We have never seen these mRNAs encoded back into DNA and reinserted back into the human being’s DNA, even when the cell is infected with an RNA virus that has the enzyme or molecular machine called reverse transcriptase, which is necessary for making RNA into DNA.

If this claim were true, then human cells infected with an RNA virus would contain new DNA from the person’s mRNA. Again, this has never been seen. As a priest-scientist, I have to respect the evidence, whether it is the data of science or the data of divine revelation, and there simply is no evidence that mRNA vaccines will reprogram our genes.

Finally, I have to address the moral complications raised by the fetal cell lines derived from an abortion decades ago that were used to manufacture some of the COVID-19 vaccines. As a priest, I know that different people have different thresholds of sensitivity to evil. Some feel evil exquisitely, even in situations where some remote material cooperation in evil is permitted and perhaps inescapable. Others have fewer qualms about cooperation in evil when it is permissible and potentially avoids a greater evil. We should therefore expect different people to reach different moral conclusions that could even be opposed to each other, and both these conclusions could still remain virtuous responses. However, as the Vatican itself has noted, it is not immoral to receive these morally controversial vaccines, especially if no other options are available.

In the end, I believe that the unprecedented, and really, unexpected, successes we have witnessed in the production of these vaccines are a blessing from the Lord. If you had told me back during the first lockdown that we would have a handful of safe and efficacious vaccines ready to go within the first year of the pandemic, I would have shaken my head in disbelief. And yet, te Deum laudamus. 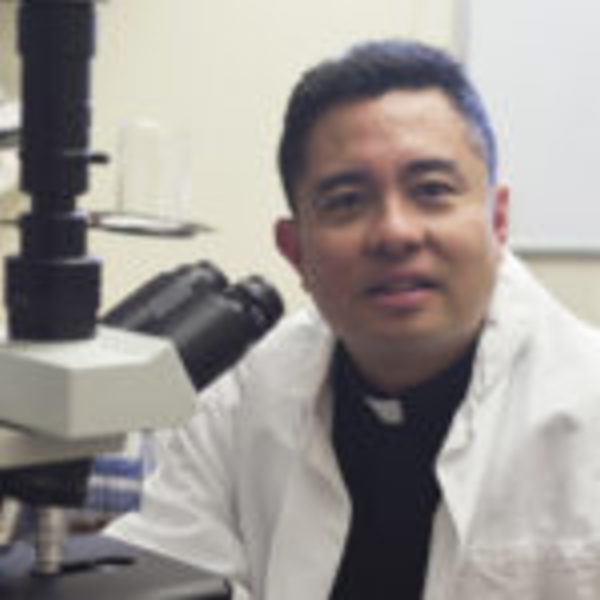 Nicanor Austriaco, O.P., is a professor of biology and of theology at Providence College. 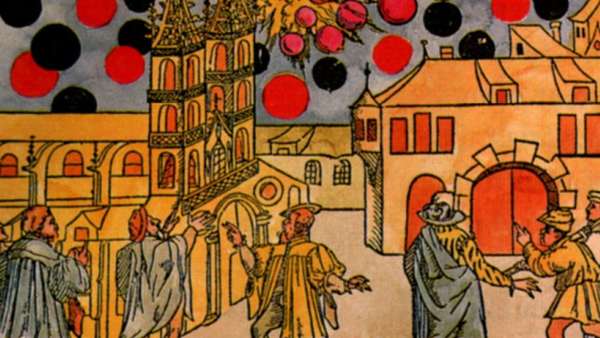