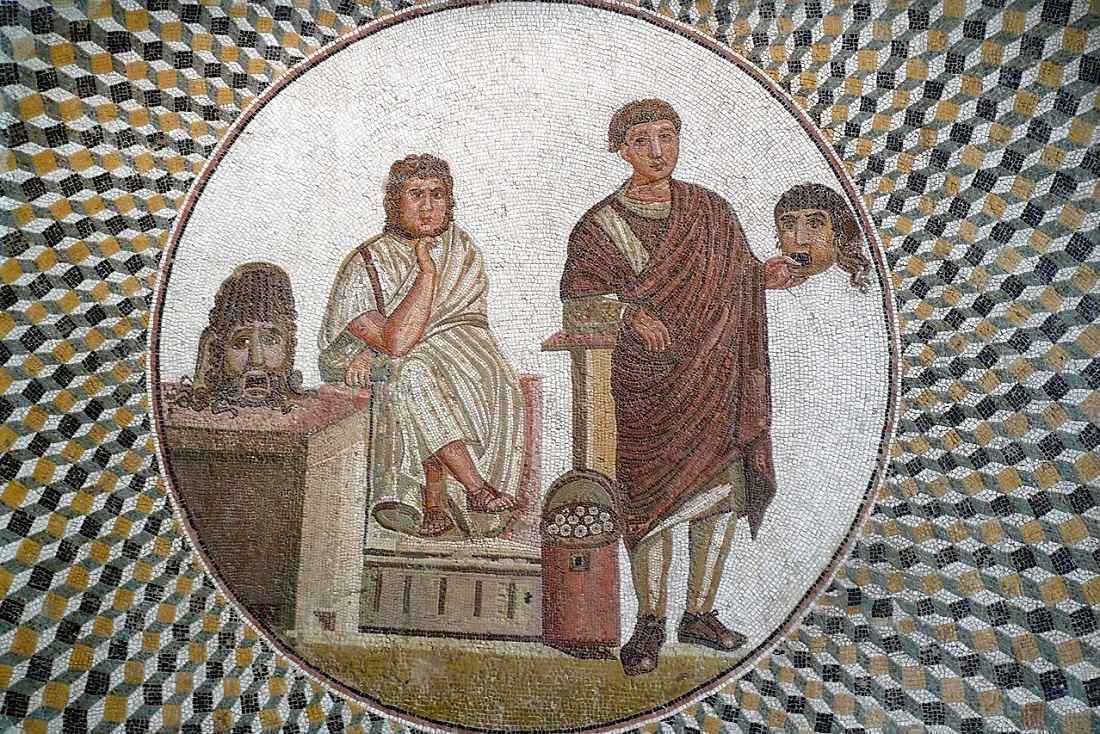 Authors Patricia Hampl and Mary Karr, among others, assert that memoir is one of the signature genres of our time. The number of memoirs being published is already voluminous, and still growing. Every other writer, it seems, is getting in on the act—self included. It seems to some that we are drowning in memoirs, many of them of questionable literary merit. That raises some questions of the would-be memoirist, such as: Who are all these nobodies writing memoirs?; What have you ever done to merit a memoir?; You’re writing a memoir? About what, being a grant administrator?; I see that you published a memoir. Why would you do that?

I heard some version of all these challenge-questions and not-so-subtle put-downs from people who discovered I was writing a memoir. That is one of the risks you take, being told your life is not interesting enough to be read about; implying that it is one’s outward life and achievement that count, not the details of your inner journey through life. If you did not participate in or witness great events; if you did not become a celebrity or a famous scholar or writer—or have a Really Big Social Media Platform—then why would you write a memoir? In a 2011 New York Times book review, Neil Genzlinger writes,

There was a time when you had to earn the right to draft a memoir, by accomplishing something noteworthy or having an extremely unusual experience or being such a brilliant writer that you could turn relatively ordinary occurrences into a snapshot of a broader historical moment. Anyone who didn’t fit one of those categories was obliged to keep quiet. Unremarkable lives went unremarked upon, the way God intended.

Since I am no longer a would-be memoirist, but a published one, I sigh when I read these comments and hear such questions. Should I blush, or at least feel embarrassment for having dared to write one? On the one hand, I have to admit that such comments can be appropriately humbling if received in the right spirit—after all, most of us are not major “somebodies.”

From a Christian perspective, it never hurts to be reminded of our humble status. On the other, I never quite know how to answer these questions, except to say that I like to write and it gives me pleasure; that writing memoir is a spiritual practice that helps me make sense of a chaotic, undisciplined, and meandering life; and that the story of my inner spiritual journey, in spite of my lackluster exterior life, might benefit a few people.

Someone might learn something of value knowing about all the mistakes I made, about a lifetime struggling with being a solitary loner, and the long periods of depression and even insanity; and how I overcame them, thanks to something beyond my own strength. That a vision—not my own—was given to me and guided me, and it transformed a muddled mind and a self-centered heart into—certainly not a saint, but at least a persistent, even if flawed, seeker of the Holy. There might be value in writing about an unorthodox path to God through the natural world—that is, through what ancient and medieval Christians referred to as the Second Book of God, or Nature (Scripture being the First Book). For that is the path to which I was called, well before I became a Christian.

Still, the questioners persist. J. Nicole Jones, writing in the Los Angeles Times Review of Books, asks if the rush to write a memoir is merely a “cry for attention, therapeutic release, [or a] pathetic need for outside validation.” Perhaps it is, at least for some. But such needs can be met through having a Facebook or Twitter following, through which one gets instant feedback, even if only in the form of an emoji. I mean, why endure the glacially slow publication and book review process? Just spew out your guts on social media, and leave the print publishing to others. Some people, however, feel compelled to write, and memoir is their chosen genre.

“Memoir done right,” says Mary Karr, author of several best-selling memoirs, “is an art, a made thing. It is not just raw reportage flung splat on the page.” Good memoir, even by nobodies, can be powerful, if well-written, unapologetically honest, and captures the spirit of an age, a cultural moment, or offers a unique purchase on common human dilemmas. And they sometimes succeed, spectacularly.

Thomas Merton was a nobody before he published The Seven Storey Mountain; he had been just one more New York intellectual struggling to become another New York writer. Frank Conroy was a nobody before he wrote his much acclaimed childhood memoir Stop-Time. Well-told stories that honestly depict an individual struggling with the challenges of life, while still having universal appeal, resonate with readers, even if the life described is otherwise undistinguished. It does not really matter who writes them.

The spiritual memoir or autobiography is the topic of what I say here. Earlier, I suggested that memoir writing can be undertaken as spiritual practice, both in the reading and writing of it. For example, it can be an excellent form of evangelization, useful for parish reading groups, Christian book clubs, and for college and high school classrooms. Augustine’s Confessions, Teresa of Avila’s Life, John Henry Newman’s Apologia pro Vita Sua, and Therese of Lisieux’s Story of a Soul are among the more famous Christian classics. Gandhi’s The Story of My Experiments with Truth, Nelson Mandela’s Long Walk to Freedom, and Merton’s Seven Storey Mountain are among the better known of 20th century spiritual memoirs.

We should acknowledge that some spiritual classics can be difficult for modern readers, especially the young who are accustomed to reading brief snippets of thought through technological devices. Gifs are substituted for pious sentiments and prayerful locutions. Moreover, images and expressions of piety in the Christian classic are embedded in a culture that no longer exists. Those images and expressions were integral to the Christian culture in which these saints lived, but they often appear foreign, even incomprehensible, to our own time. Christians today, especially the young, do not share that common cultural background. Many lack a deep familiarity with the Christian Tradition.

That does not mean they should not read classic spiritual memoirs—they should!—but those works should be supplemented with well-written and thoughtful accounts by modern authors who participate in today’s tumultuous culture, with its competing worldviews and its frayed and incoherent social fabric. Examples are Heather King’s memoirs Parched and Redeemed, Christian Wiman’s My Bright Abyss, Abigail Rine Favale’s Into the Deep, and Scott Cairn’s Short Trip to the Edge: Where Earth Meets Heaven–A Pilgrimage. I could name many others. Kathleen Norris’s The Cloister Walk has inspired many religious seekers to become lay oblates of established religious orders—often Benedictine—dedicated to prayer and silence. Such memoirs can help anchor individuals to a deep spiritual tradition, even though they live in a fragmented secular world.

For the author, writing a spiritual memoir is an extended examination of conscience, a reflection on what our life was like before we encountered God. How did the Holy Spirit move us and shift our horizons? How did we respond? What obstacles did we have to overcome? Where have we failed? What insights and wisdom did we gain along the way?

Then there is the Christian practice of charity, to be observed when writing memoir. We may feel anger and bitterness toward those who harmed us; or we might feel guilt for having harmed others, and self-loathing for our own incorrigible shortcomings. The memoirist should write about those experiences, of course, but do so in a balanced way. Michael N. McGregor, author of Pure Act: The Uncommon Life of Robert Lax, said “everyone is a problem, both to themselves and to others; everyone is also a child of God, beloved no matter what. As a writer, you must show them in their full complexity, their interwoven strengths and weaknesses”—not to neutralize sin as if it were no big deal, but to be honest, which implies charity as well as criticism.

Finally, I want to mention discernment as religious practice. Let us grant the critics the point that there are, indeed, too many memoirs of uneven quality floating around the world. Who then should write one? Among nobodies, who gets to give it a try? My opinion: anyone who experiences a deeply felt need to tell the story of how the Holy Spirit worked in their lives, of how it wrought some mighty change in them, and altered the course of their lives, ought to give it a try.

Perhaps that is just a form of self-justification on my part, for why I dared write one (maybe I was just deluded!). In the process of writing, you must discern whether it is the Holy Spirit urging you on, or your ego seeking plaudits: look at me, look at my life—I’m a somebody! If you do some honest introspection, over time, you will know where the urging comes from. If you are writing a spiritual memoir, do it for the right reason. That might not appease the literary and academic elites, but if your impulse is prompted by God, then whose wrath would you rather contend with: that of the elites who do not want nobodies writing memoirs, or that of the Holy Spirit, who does?

It was a no-brainer for me. Some of us just feel compelled to write about how the Spirit found us: sinful, misguided, recalcitrant and loath to be kneaded, but then, in spite of ourselves, it reshaped and leavened us into something different—if not into saints, then at least into better people, into imperfect works of art. If your work responds to a call from the Holy Spirit—which can sometimes be a Holy Nag who lures, pesters, and just will not let us be—it will enter the world’s culture in some small way and play some, perhaps miniscule, but necessary role in the unfolding of God’s plan. At least I hope so, and am possessed of a faith that it is so. 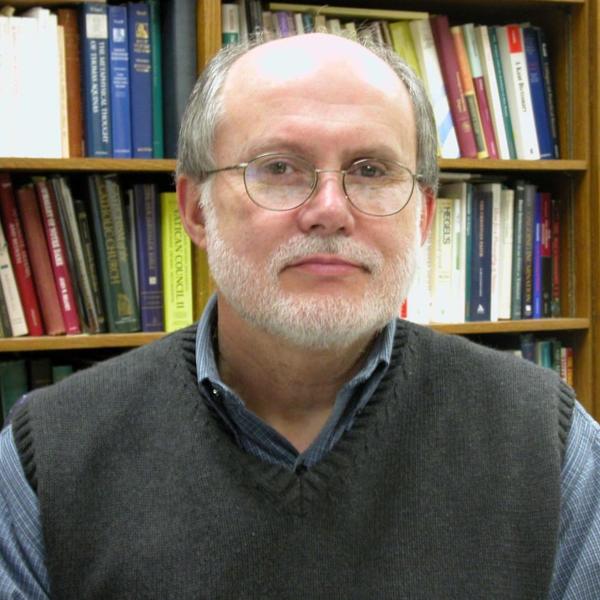 Kenneth Garcia is Associate Director of the Institute for Scholarship in the Liberal Arts at the University of Notre Dame. He is the author of Pilgrim River: A Spiritual Memoir and Academic Freedom and the Telos of the Catholic University. 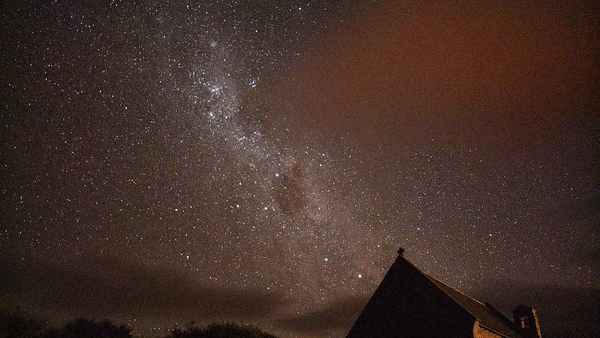