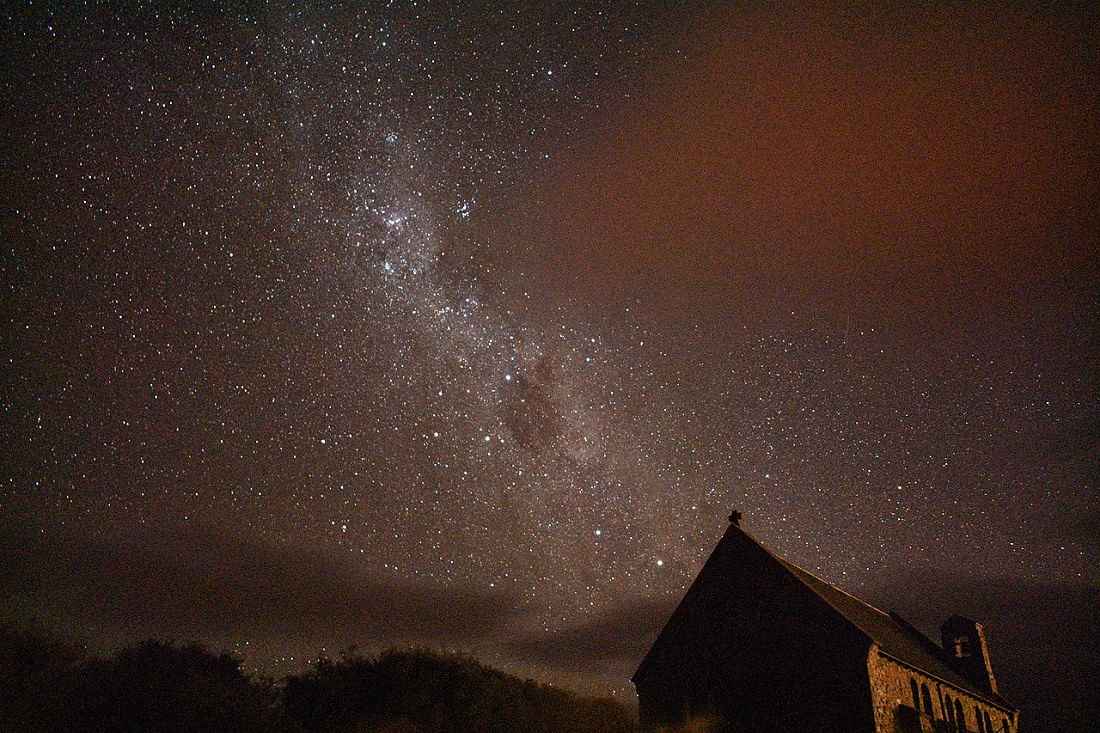 Interplanetary travel could not show me a world stranger and more harshly beautiful than the world I encountered in Kenneth Garcia’s Pilgrim River: A Spiritual Memoir. His childhood, his landscape, his inner life could not be more different from my own, and yet he conveys them with prose so vivid that I hardly put the book down in the days I spent reading it. Garcia “grew up wild and uncultivated in the deserts and hills of Nevada’s Great Basin . . . a world of wide-open spaces, vast horizons, and cattle ranches; of gold mines, gambling casinos, and whorehouses.” His father was violent, his parents increasingly estranged, and his high-school friends “a carousing, brawling lot.” In this world he “wandered . . . without moral or spiritual compass.”

He was what we today call a None. (He uses the term “Not.”) He had almost no experience of religious practice. He could count his childhood visits to churches on one hand and still have fingers left over. Though he was often among friends, he experienced life in a kind of isolation. “I lacked the dynamism,” he says, that enabled others “to stride confidently in the world.” In retrospect he can see that he was (and remains) “suspended somewhere on the spectrum between extreme introversion and mild autism.”

I did not belong to the student-academic class, belonged to no organization or church, had no family ties with any force, no commitments. Groups and organizations to which we belong—churches, workplaces, and social classes; labor unions, kinship networks, and friends—form us in multiple ways, both consciously and unconsciously. They let us know what is expected of us to get on in life and be accepted . . . They reveal to us what beliefs make us fit well into the group and what interests and activities we must participate in to belong.

I did not belong …

Yet he “tagged along” with the crowd, “all alpha males,” getting into mischief mortal and venial. The boys drank and picked fights. They visited brothels. In one scene they skip school and trespass on the property of a cattle ranch. They throw back beers and use their guns to pick off small animals. In a moment reminiscent of Augustine’s Confessions, young Garcia almost has a moral awakening. He shoots a jackrabbit and wonders at the meaning of his action—and the meaning of the jackrabbit’s life and death. But his reverie stops when one of the gang, Larry, sees an opportunity for transgressions of a different order.

A lamb strays into their midst. Larry grabs the lamb and heads to the car, saying, “Let’s get out of here! We’re going to have a lamb roast.” The boys slaughter the stolen lamb and invite friends for a feast the next day. The guests ask awkward questions about where the lamb came from. It is as unsettling a scene as young Augustine’s pointless theft of pears—and arguably more serious a crime.

What saved Garcia from solipsism, however, was not his companions, but nature. The deserts and mountains moved him to awe by their grandeur. And he was equally moved when he chanced upon a piece of fossil coral from the Devonian Period—400 million years ago.

In young adulthood he took a job on a geological survey of the region, digging by day and sleeping outdoors at night. The esthetic beauty of it all moved him, repeatedly, to ecstasy—and nature began to lead him beyond itself:

On clear nights, I lay in my sleeping bag, entranced by the stars. The nighttime sky in the sparsely populated western U.S. is like no other. There’s no light pollution and no moisture in the dry desert air to absorb and block the starlight. The vast expanse of stars appeared to be within reach. The Milky Way floated across the sky like a stream. Something deep opened within me, allowing what I thought of as some ancient and mysterious force to seep into the crevices of my mind. I spoke, to whatever that force might be: how wondrous you are.

His boss, a geologist named Buechel, was cynical and materialist. In the narrative he serves as a foil to the author’s emerging spirituality. When Garcia gives way to rapture, Buechel responds with an off-color joke about the young man’s mother. Garcia wonders at Buechel’s brute insensitivity: “How can someone who knows the deep history of this land not see beauty in it?” For Garcia the experience of nature brings about a kind of communion. In another scene, he finds himself unexpectedly in the midst of a violent storm:

The sky suddenly darkened and the air turned cold. The clouds opened with fury. Rain poured in sheets, then in buckets as the cloud burst open. Spellbound, I stood to take it in, wanting to remain in the midst of it, unsheltered, to experience the full, raw power of nature. Transfixed, I shouted for joy. “Wow! Look at this!”

A friend had to drag him off and drive him away to safety. “Beauty. Spirit. Nature,” he writes. “All kind of mingled and interwoven in ways that were inexplicable to me.” Yet he sought to explain them to himself.

Yes, something mysterious but real hovers over these boundless spaces. Seeps in and fills them. It doesn’t become exhausted, doesn’t run out; it just keeps on going, farther and deeper. The great valleys are like lungs through which it breathes.

He turned to books, reading everything from the Bhagavad Gita and Tao te Ching to the Bible and Teilhard de Chardin. “I entered a sort of monastery of one,” he recalls. “God, I discovered, dwells in the natural world and also in our innermost being.”

Things happened. In a hunting accident he lost an eye. He wandered in and out of educational institutions. He bought a truck and drove to the far north and then south to Mexico. Intermittently he found himself drawn into relationships and communities. He had dalliances with prostitutes, an adulterous affair, a failed marriage, an adulterous flirtation, and the inevitable case of genital herpes. He lived, by turns, at the edges of Mexican pueblas and Mormon enclaves.

Through it all he grew in his understanding of the God who called him through nature. He discovered the demands of conscience. The flirtation ended as the woman nudged him toward the Catholic faith. Eventually he found true love and raised a family. Also, by a most circuitous route, he embarked upon an academic career. He is associate director in the Institute for Scholarship in the Liberal Arts at the University of Notre Dame. He has written a well-regarded, award-winning book in his field, Academic Freedom and the Telos of the Catholic University.

Pilgrim River is a most unusual memoir of a most unusual life. It is unlike any conversion story I have read. The greatest power in its pages is the force of nature and nature’s God. Nature, in fact, comes through more vividly than any human character in the narrative. In comparison, his childhood friends, co-workers, teachers, and even his romantic interests pass through like shadows on the wall of Plato’s cave. This may be a consequence of his introversion/autism. Or, it may be a quality of the genre of spiritual memoir. In Augustine’s Confessions we never learn the name of the author’s closest friend, whose death wounded him deeply—nor do we learn the name of his beloved concubine, who shared his bed for half his pre-baptismal life.

In Pilgrim River readers encounter an extraordinary mind. For Kenneth Garcia history marches by on cat’s feet, hardly noticed, but the still small voice speaks loudly—in rain, wind, sand and stone. He writes: “My conversion began in the Jarbidge Mountains in 1972, where I realized that the natural world is not just material; it is suffused with spirit. The Logos of God is at creation’s core, giving it coherence and intelligibility, and guiding its unfolding.” And this: “I had been claimed by the Spirit and when that happens, your horizons expand. Never again do you see the world in the same way.” 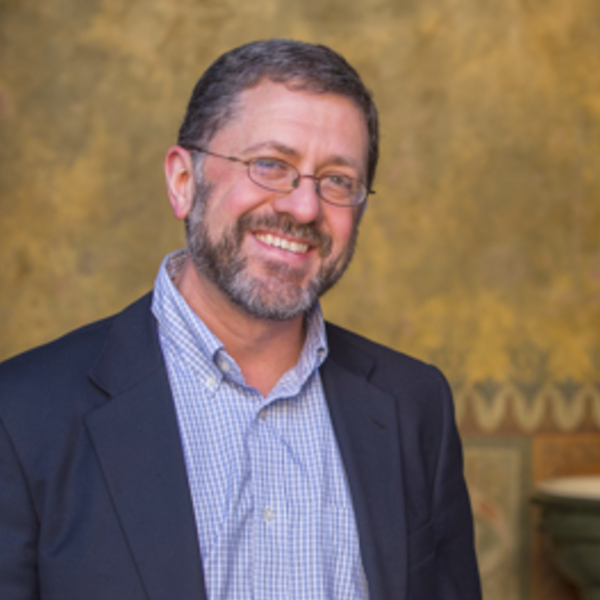 Mike Aquilina is the author of many books. He is executive vice-president of the St. Paul Center for Biblical Theology and a contributing editor to Angelus News. He podcasts twice-monthly at "Way of the Fathers" for CatholicCulture.

Kenneth Garcia chews over who has earned the right to write a spiritual memoir. 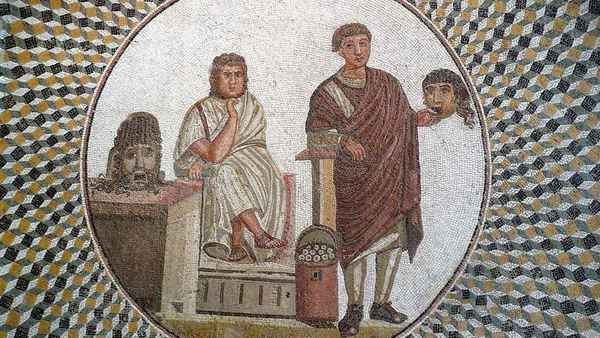