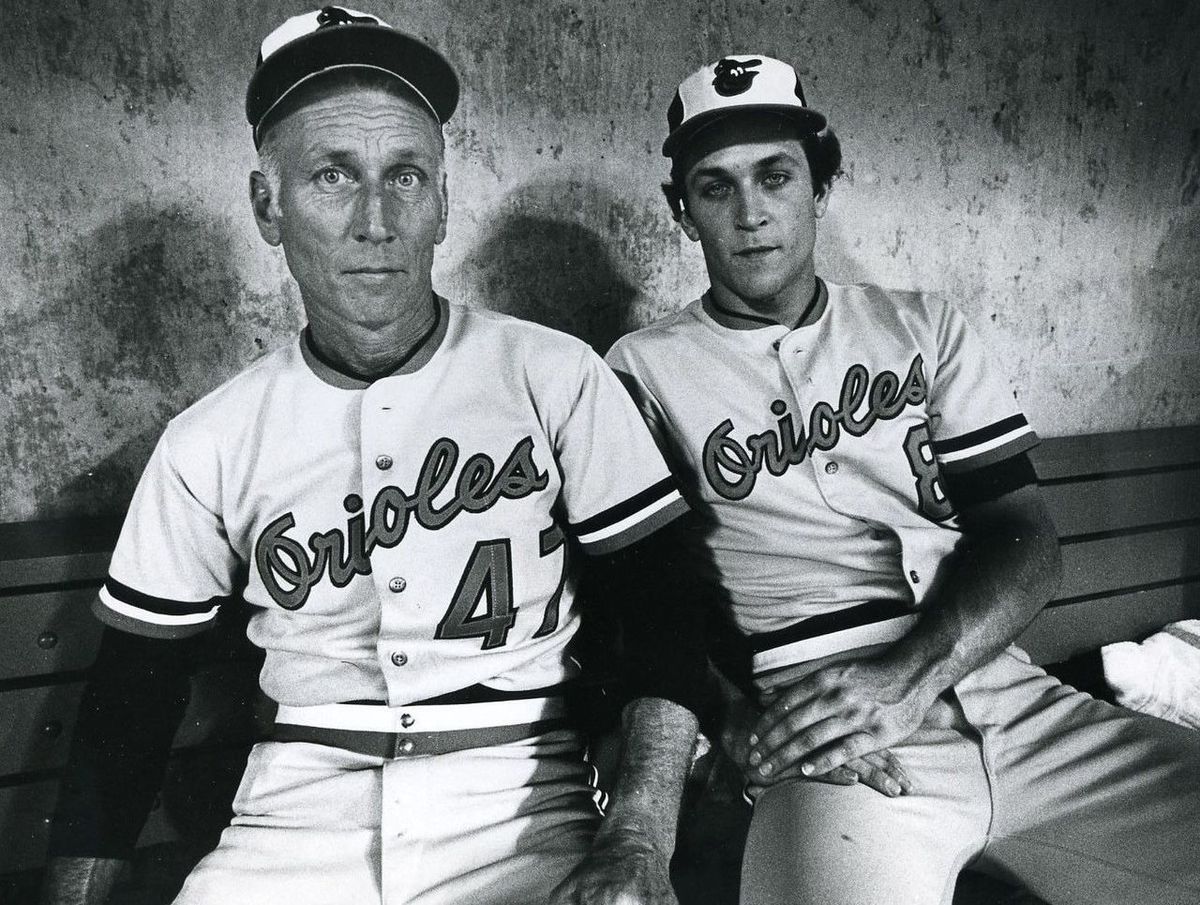 Moments before the opening pitch of a Giants-Cardinals doubleheader at the Polo Grounds in the summer of 1934, my dad remembers Jerome “Dizzy” Dean strutting up and down the length of the Giants dugout. The scrappy Cardinals ace taunted the opposition, repeating, “You guys ain’t got a chance. Nah, you ain’t got a chance today. You know why? ‘Cause Dean’s pitchin’. Yeah, that’s right. Dean’s pitchin’. . . . Dizzy and Daffy.” My dad was three. Baseball was in my father’s bones before he knew he had bones. And so it is for me because it was for him. Like a treasured family heirloom, baseball has been passed down in our family from one generation to the next.

I arrived in the late-middle innings of my father’s life—that long, sleepy stretch between the bottom of the fourth and the top of the seventh. By the time I was two years old, baseball had definitively revealed that I was the family’s lone southpaw, much to my grandmother’s dismay (and distress). This had been a matter of some debate until, seeing my sister playing whiffle ball with my dad in the front yard, I demanded my turn at bat. My father, our dutiful designated pitcher, called out, “Batter up,” as I stepped into the lefthanders batter’s box, and struggling to keep the plastic yellow bat over my shoulder.

Through the weaving refrain of stories told at regular intervals on ‘high holy days’—Opening Day, the All-Star Game, Pennant races, the World Series, any steamy, sticky summer’s day—baseball’s poetic elegy was etched onto my heart from an early age. Between stories of the Great Depression, the bombing of Pearl Harbor, and the early morning paper route, my father regaled us with his baseball stories, told and retold with the same meticulous precision from one season to the next. The archive of treasures, these gems of memory taken out and polished at regular intervals, were in some mysterious way relived in the re-telling.

My early childhood was so steeped in the narrative of baseball that for years I really believed the New York Yankees were a criminal gang and I am still convinced I can remember the Baltimore Orioles’ 1983 World Series victory over the Philadelphia Phillies. (I was only one-and-a-half.) I was weaned on stories of Brooks Robinson and Jim Palmer, Boog Powell and Frank Robinson, Paul Blaire and Don Buford, not to mention the legendary dirt-kicking firebrand of a manager Earl Weaver. When I announced to my father that I had gotten the autograph of “some old guy,” he took one look at Rick Dempsey’s signature and told me about the hero of the Orioles’ 1983 World Series championship run. I grew up watching the Ripken brothers, Cal and Billy, and chanting “ED-DEE” every time Murray stepped up to the plate.

Baseball fans are made not born. One has to learn the game’s peculiar and beautiful rhythm and grammar, its grandeur and precision. The beauty of the field’s sweeping arcs, crisp white lines, and diamond insets cannot be taken in all at once. To see the game, to really love it requires patient repetition—watching the same plays made again and again, simultaneously familiar and unique each time.

My parents, and in a particular way, my dad, endured the seemingly fruitless years of taking two young children to baseball games before the era of “Fun Zones,” when the only relief a parent could expect was walking laps around the concourse with a cranky child. In the initial years of these ritual pilgrimages my parents were plagued with fighting, complaining, begging for manna (nachos and cotton candy). Yet we continued to go to Baltimore, first to Memorial Stadium, and after it was torn down, to Camden Yards.

During these games, Molitor and Brett, Strawberry and Maddox, Puckett and Griffey Jr. practiced the story of Dean and Kolfax, Cobb and Ruth, Whitey and Mathewson. Sinners and saints gathered together, drawing the past into the present and throwing a net out into the future. On those scorching, humid summer days and cool autumn evenings, my dad taught me how to keep score: how to number the positions, how to awkwardly scribble a backwards “K” for a strikeout looking. He taught me how to love the game without a clock, the game where time never runs out, the timeless, ordered game that in theory could stretch to the edge of eternity. My dad taught me how to love baseball, a game perhaps more attentive to the rhythm of time than any other sport. The drama of the baseball season unfolds over three actual seasons, which means that following the arc of its narrative requires perseverance, as spring wanders into summer, and summer melts into autumn. Like prayer, the game of baseball forms our imagination into the pattern of hopeful expectation. It rewards deep attentiveness and endurance when it appears that nothing is happening with the spontaneous explosion of thousands of bodies moving as one. If you’re an Orioles fan you usually know by mid-June that your beloved O’s haven’t got a chance, but you always hope that they might, that victory will have the final word because in a game that bends with time, there is always next year.