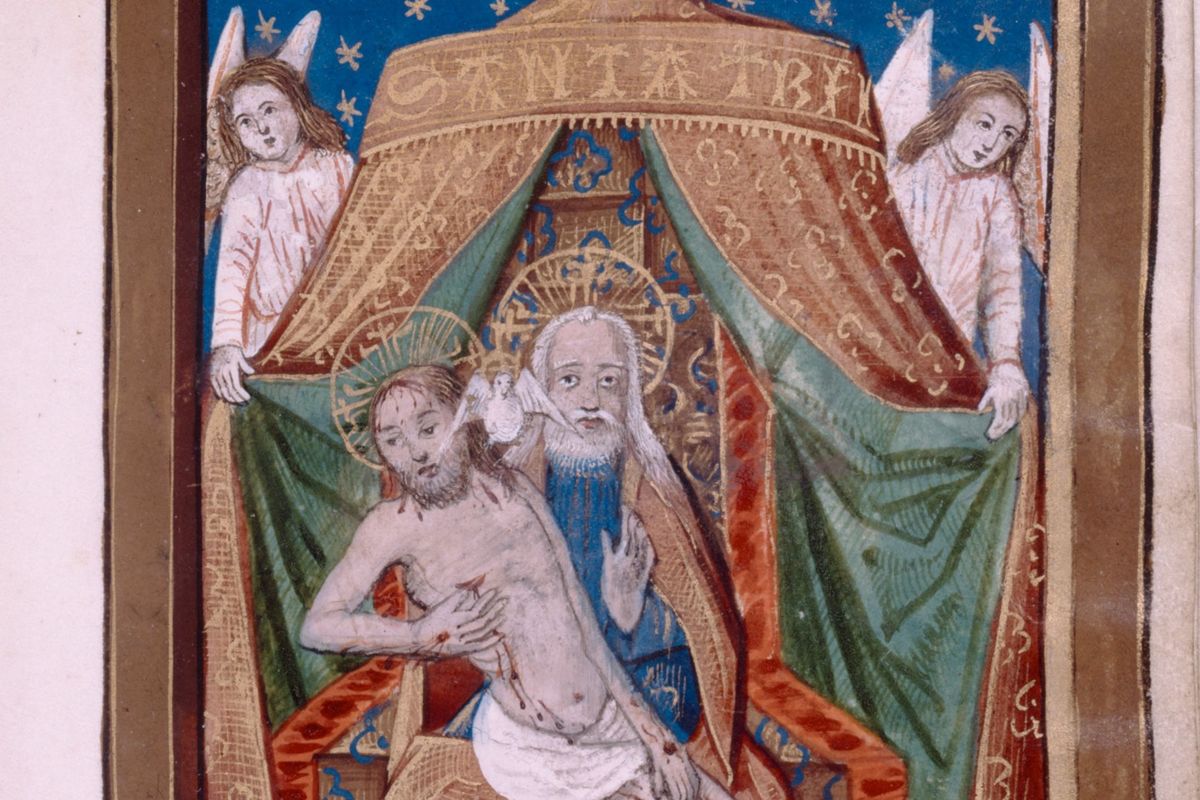 Father’s Day is an opportunity to reflect on the meaning of fatherhood. Rather than becoming enmeshed in secular images of fatherhood, our notion of fatherhood as Christians should be derived from God the Father. Likewise, the archetype of gift within the child-father relationship is revealed in the Eucharistic sacrifice.

On this holiday, we give cards, special meals, our time, a new toolbox, or other gifts to show gratitude and love. Like most holidays, Father’s Day can easily be overcome by consumerism and a superficial image of fatherhood. Consumerism and superficiality can morph the idea of gift into something entirely disconnected from the I-thou relationship. A gift is intimately connected to the I-thou relationship because a gift is something both offered and received by persons. It becomes the expression of the gratuitous love that one has for one’s father. I would like to suggest that our concept of gift can be seen anew in light of the Eucharist.

Because gift implies offering, we can turn to Christ’s sacrificial self-offering on the Cross as the perfect gift. We participate in this offering to God the Father through Christ when we celebrate the Eucharist. St. Thomas Aquinas writes, “This sacrament is both a sacrifice and a sacrament. It has the nature of a sacrifice inasmuch as it is offered up; and it has the nature of a sacrament inasmuch as it is received” (Summa Theologiae, III, q. 79, a. 5). What we offer up to God the Father is received as a sign of love. Instead of searching for some ‘thing’ to offer up as gift to our Father in heaven, Christ shows us that the act of self-emptying is the ultimate gift. Christ provides his own Body as the matter for the offering, while we, as members of his Body the Church, strive to imitate this disposition of utter selflessness.

In Christ, our entire identity is transformed because in our offering we are received by the Father as children. In this way, the Father’s paternal identity within the Trinity is revealed to us so that we might better understand our own sonship:

For those who are led by the Spirit of God are children of God. For you did not receive a spirit of slavery to fall back into fear, but you received a spirit of adoption, through which we cry, “Abba, Father!” The Spirit itself bears witness with our spirit that we are children of God, and if children, then heirs, heirs of God and joint heirs with Christ, if only we suffer with him so that we may also be glorified with him. (Rom 8:14–17)


Our Father in heaven has given us the most dignified vocation as heirs of his Kingdom because he has received us as adopted sons and daughters. As adopted sons and daughters, we learn from the Son how to be a child of God. We proclaim “Abba, Father!” with Christ in a moment of pure, childlike love. A person’s identity as a son or daughter on earth should be understood in light of their identity as a child of God. The purest gift one could offer their own father is the joy of thriving authentically as themselves because their father was one of the first persons who loved and received them for exactly that. A father gives totally to one whom he has received as his own. But as humans we are not perfect or entirely pure in what we offer; thus, any imperfect act of self-gift on our part is taken up and perfected in the Body and Blood of Christ, offered in the Eucharistic sacrifice.

After the pattern of God the Father, our notion of fatherhood should be not only of one who gives, but also of one who receives. Fathers should strive to radiate the radical receptivity of the Father, for true charity becomes incarnated in the family when it is Eucharistic in practice.

Madeline Running recently graduated with her B.A in theology from Notre Dame. She now lives in South Bend, Indiana with her husband and young daughter.