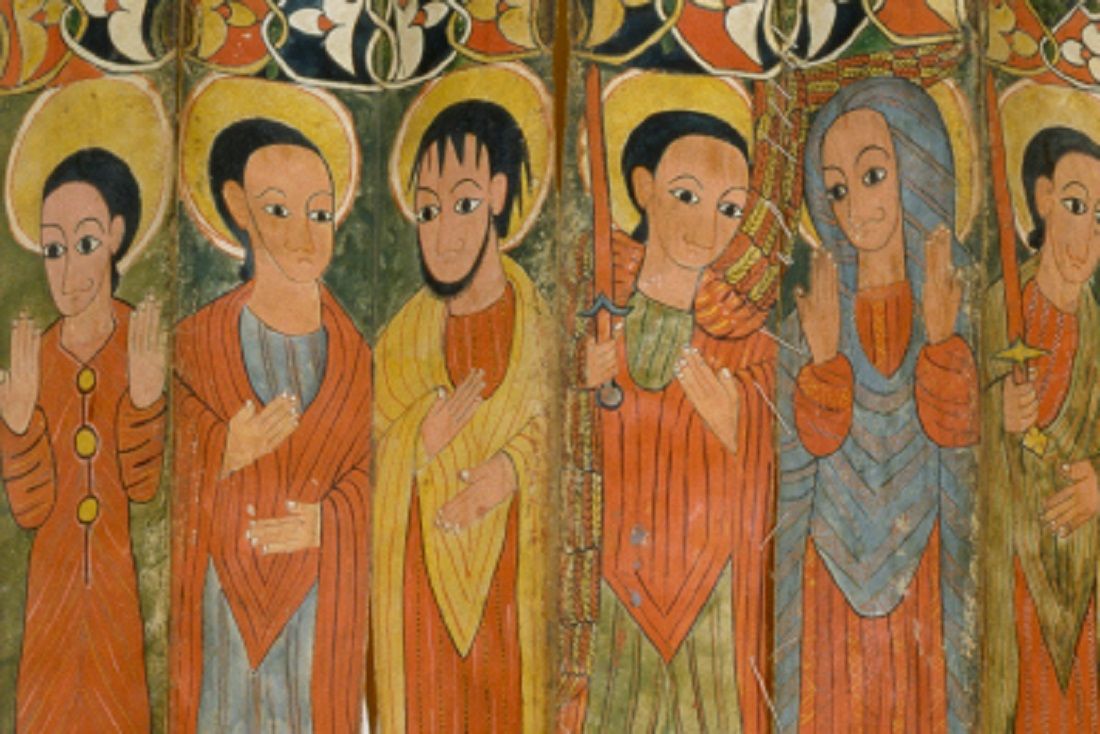 Next week, the endless campaign will finally be over. At some point on Tuesday, November 8 (or early on November 9th), it's likely that the United States will have a new President. While many will celebrate the election of whichever candidate becomes President, many Americans (especially during this polarizing election) will walk away dispirited.

They will wonder to themselves: is this the best that our body politic can offer? Is this campaign the denouement of our Republic or at least of my particular political party? Will the unity that I desire, the domestic peace that I hope for, ever come?

Such questions are not simply representative of the naive hopes of those who long for some political utopia. This desire for true peace, true righteousness, true justice, is written upon the human heart. Our disappointment in politics as normal is not evidence that we are inadequate realists; that we have fallen prey to Angelism, seeing the human being existing outside of the realm of sin and death.

It's that we are made for something more than our present politics represents.

We are made for something more than power and prestige, affluence and social capital.

We are made for blessed happiness.

There is a happy coincidence (pardon the pun) that the feast of All Saints falls around the quadrennial collective purge that is the Presidential election. Particularly this one.

The festival of All Saints is a political feast par excellence. It manifests to the Church (and thus to the world) the politics of the city of God. As we pray during the Eucharistic Prayer for this feast, "For today by your gift we celebrate the festival of your city, the heavenly Jerusalem, our mother, where the great array of our brothers and sisters already gives you eternal praise" (Roman Missal, Preface).

Human beings are not simply made for creating a world of justice in the present. Human flourishing cannot simply be defined by legislative action. Instead, there is an authentic politics of praise in the heavenly Jerusalem where we learn a rhetoric not of blame, of violence but of hope.

The saints, our brothers and sisters in faith, are the citizenry of this doxological political order. Their very bodies have become for the entire Church a song of harmonious praise. Their hymn dissonant to the songs of warfare, of political conquest that define the musical tastes of the present age. The ones who have washed their robes in the blood of the Lamb do not sing rally songs to the Democratic candidate or the Republican one (or even the candidate for the American Solidarity Party) but instead worship at the throne of the Lamb once slain, singing, "Salvation comes from our God, who is seated on the throne, and from the Lamb" (Rev. 7:10).

The constant temptation of politics is to forget that it's a temporary affair. The Christian does not vote to save the world. That's been done. The Christian votes in order to let the kingdom of Eucharistic love have some effect in the present age. For justice to be done, as best as it can among the fallen race of mortal men and women: for the unborn, the immigrant, the refugee, the poor, the sick, and all those trapped in the shadow of death.

But we Christians, whatever the outcome, will wake up on the morning of November 9th and still be incomplete. Not because the present world is something to spurn. To run away from as if it must be escaped, so that we might become pure, disembodied souls apart from creation.

We're not at home because we're called to belong ultimately to the communion of the saints. We're not finally happy with any political option because we have an imagination formed according to the politics of praise, of divine love given in Eucharistic excess.

As Bernard of Clairvaux writes, "When we commemorate the saints we are inflamed with another yearning: that Christ our life may also appear to us as he appeared to them and that we may one day share in his glory." No human politics, even of the highest virtue, could replace this longing that should exist in every human heart.

In this way, the commemoration of the feast of All Saints requires that we realign our hopes in the political order. We must participate. We must give ourselves over to the city of man. That's not an option. That's what Eucharistic hope requires.

But we must do so aware that such political involvement is not the final end of what it means to be a human being.

They have died to themselves so that they may live entirely in Christ Jesus. They are the poor in spirit, the pure of heart, who shall see God.

They are all the saints. All the countless number of holy women and men through the ages, who have let but even an iota of this politics of love transform creation itself.

And they're the ones who pray for us even right now.

All ye holy men and women, pray for us.

Featured Photo: Folding Processional Icon in the Shape of a Fan; CC-BY-3.0