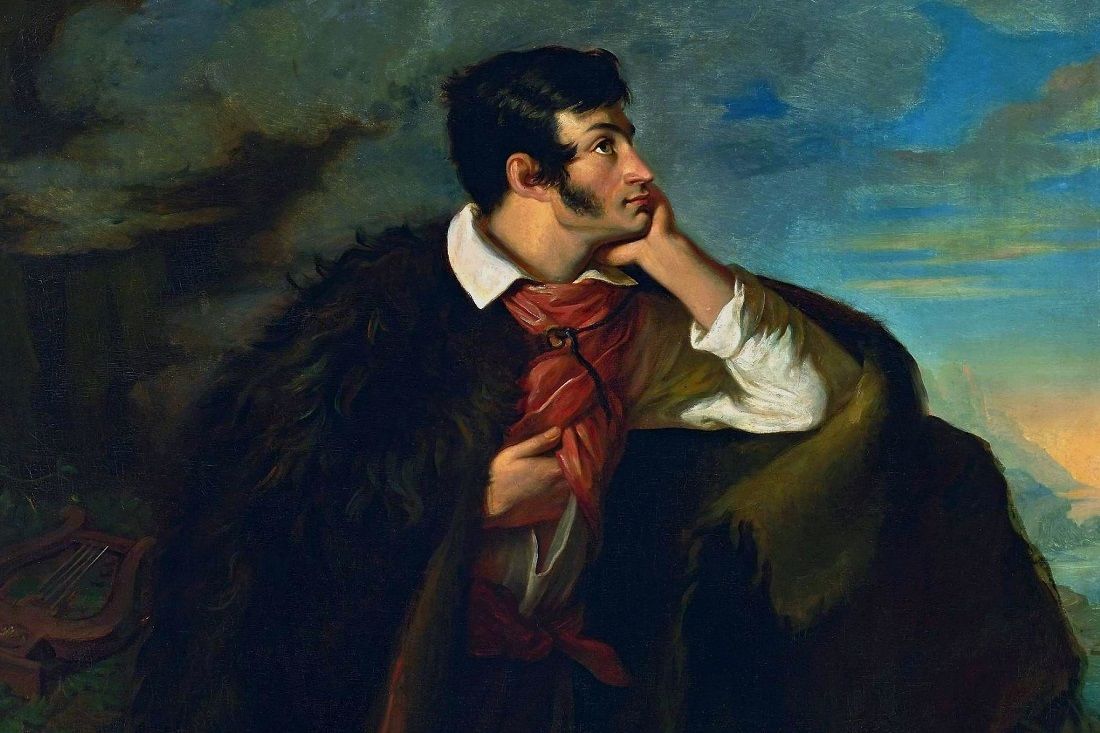 On 18 May 2000 the front page of the Polish newspaper Gazeta Wyborcza featured a surprising poem by Nobelist poet Czesław Miłosz entitled,“Ode for the Eightieth Birthday of Pope John Paul II.” The most outstanding Polish poet of the 20th century paid an extraordinary tribute to the great Polish pope on the pages of the country's most widely-circulated liberal daily:

We come to you, men of weak faith,
So that you might fortify us with the example of your life
And liberate us from anxiety
About tomorrow and next year. Your twentieth century
Was made famous by the names of powerful tyrants
And by the annihilation of their rapacious states.
You knew it must happen. You taught hope:
For only Christ is the lord and master of history.

This was probably the first such unambiguously positive statement by Miłosz about John Paul II. Earlier Miłosz could not overcome his distance towards the pope’s work, even though he met him in private and attended discussions with him at Castel Gandolfo. He saw dangerous nationalist and theocratic threads in the pope's work. “Ode for the Eightieth Birthday of Pope John Paul II” was, however, something more than just a commemorative laudation. The poet formulated in the poem a penetrating thesis about the fundamental sources of inspiration for John Paul II's thought:

Foreigners could not guess from whence came the hidden strength
Of a novice from Wadowice. The prayers and prophecies
Of poets, whom money and progress scorned,
Even though they were the equals of kings, waited for you
So that you, not they, could announce, urbi et orbi,
That the centuries are not absurd but a vast order history (New and Collected Poems, 709).

For Poles it is not difficult to guess that these poets, "equals of kings," were the Polish Romantics. During the reburial of Juliusz Słowacki at Wawel Hill, Józef Piłsudski, the head of state, issued the famous order: "On behalf of the Government of the Republic, I command you, Lords, to take the coffin . . . to the royal crypt, for he was the equal of kings."

According to Milosz, it was the romantic legacy of Adam Mickiewicz, Juliusz Słowacki, and Zygmunt Krasiński, and, above all, that of Cyprian Kamil Norwid, that was supposedly the "hidden power" of this modest "cleric from Wadowice." Milosz's diagnosis was not, as one might expect, critical of these influences. His surprising poem was actually a change not only of his attitude towards the pope, but also of his attitude towards the heritage of Polish Romanticism. In a few texts written towards the end of his life, Miłosz even demanded that the writings of the Romantics he had criticized throughout his life be restored to the mainstream of Polish culture. Finally, John Paul II was to become in his mind—as Milosz reiterated with growing appreciation—the last Polish Romantic.

Karol Wojtyła was undoubtedly formed by Polish Romanticism. From early on in his life the poetry of the Polish 19th century bards fascinated him. He wrote poems referring to them, studied under the direction of outstanding experts in Romanticism, and during World War II he created dramas firmly rooted in the tradition of Polish messianism. The underground Rhapsodic Theater of Mieczysław Kotlarczyk, in which Wojtyła performed for several years, set itself the goal of realizing the Romantic dreams of art transforming reality. This theater was associated with the underground organization Unia, which Wojtyla joined. Unia was directed by Jerzy Braun, a declared Polish messianist, author of the doctrine of unionism, which developed many threads of Polish Romantic thought. This spiritual and intellectual heritage had a fundamental influence on the later teachings of John Paul II. During his travels to Poland, the pope quoted the Romantic bards 38 times, including Norwid on 16 occasions. By comparison, St. Thomas Aquinas, Doctor of the Church, received only two mentions.

The quote the pope used during his first visit to Poland (in Gniezno on 3 June 1979) from Mickiewicz ‘s The Books of the Polish People and of the Polish Pilgrimage, that "a civilization truly worthy of man must be Christian," can be regarded as the leitmotif of his whole pontificate.

During his first pilgrimage to Poland in 1979, John Paul II provocatively referred to himself as the "Slav Pope." He was borrowing from the then very popular Romantic-prophetic poem by Słowacki entitled, "Our Slavic Pope." The act of confirming the nation of Poland made by the Pope at Kraków's Błonia was evidently an idea borrowed from ​​the outstanding Polish Hegelian messianist August Cieszkowski. University of Notre Dame Professor Emeritus Andrzej Walicki even wrote a letter to Cardinal Stanisław Dziwisz, asking him to explain John Paul II's relationship to Cieszkowski, but, unfortunately, did not receive an answer.

During the next pilgrimage, in 1983, the pope, in a speech at Jasna Góra (19 June 1983), clearly paraphrased Mickiewicz’s Forefathers’ Eve. Finally, during a visit in 1991, after a Mass in Kraków, he unexpectedly referred to the Romantic poet Juliusz Słowacki, recommending the nascent Third Republic "to all great saints, the blessed, to these great spirits, Kings-Spirits of our nation." The influence of Polish Romanticism is also visible in the pope's teaching addressed to the whole world. The famous Letter to the Artists was simply a commentary on Cyprian Norwid's thinking. Norwid's influence is also evident in the encyclical Laborem Exercens, which George Weigel described in Witness to Hope as "the first social encyclical which owes great theological inspiration to a poet."

There were also many surprising Romantic gestures made by the Pope. In 1986 alone, during his visit to a Roman synagogue John Paul II called the Jews "older brothers in faith," referring to Mickiewicz’s famous phrase; he made an appeal for peace at the foot of Mount Blanc, perhaps alluding to the well-known Kordian monologue. Indeed, as Milosz noted, "the reader of his writings and innumerable homilies sometimes has the impression that the spirit of great Polish Romantics, doomed to fail, has been embodied in the head of the Catholic, namely universal, Church and thus entered the scene of world history."

Polish Romantic messianism is not only the key to understanding the thought of John Paul II, but the work of John Paul II is also the key to understanding the heritage of Polish messianism. One cannot properly understand many of the pope's gestures and statements without linking them to the context of Polish thought. His theology of history, theology of suffering, and theology of the nation are deeply rooted in the Polish Romantic imagination. Conversely, the further development of Polish messianism proposed by John Paul II allows for a new reading of the Romantics. The poetic vision of building the kingdom of God on Earth has been reformulated in the Pope's social teaching, the idea of ​​mission was justified in his reflection on cultures, and the bold thought of Poland as the Christ of Nations was deepened in papal meditations on suffering. All these themes were additionally included in the teaching on the three messianic functions of Christ, as taught by the Second Vatican Council in Lumen Gentium.

As a result papal messianism seems to be the final form of Polish messianism. Similar intuitions were probably behind the decision to place the texts of Karol Wojtyła at the end of the recently published exhaustive anthology of Polish messianism. By understanding the purpose of messianism, one can better understand the various elements of its history and, above all, separate what is essential from what is accidental in it. "The falls and ridicules haunting the poet's work and biographies were not very important,” Miłosz wrote, “if [those poets] found their fulfillment in a man more powerful than the kings and the temporal rulers of the Earth." Therefore, it is impossible to understand John Paul II without Romantic messianism or Romantic messianism without John Paul II.

The thesis about the Romantic messianic sources of John Paul II's thought usually provokes one of two strong reactions. On the one hand, there are numerous defenders of John Paul II, who at all costs want to purge him of any connections with the suspicious Polish tradition. If necessary, they are ready to recognize Romantic influences, but only understood in such general terms that they become virtually invisible and certainly have nothing to do with the dangers (in their opinion) of messianism. On the other hand, the less numerous critics of John Paul II emphasize the Romantic and messianic influences that they believe compromise his heritage. Between these two extremes there are researchers who see the obvious influences of Romantic messianism on Karol Wojtyła, but try to limit them only to the period of his youth, or only to his literary creativity.

In this way, the theological and philosophical teachings of the pope are supposed to be protected from suspicious inspirations. The odium of messianism is too overpowering to allow for the development of a benign messianic interpretation of the entire teaching of John Paul II. As a result, the work of the Polish pope—not only for the rest of the world, but, above all, in Poland—is interpreted from the perspective of scholastic philosophy, Spanish mysticism, German phenomenology, French humanism, Italian personalism, Jewish philosophy of dialogue―anything but the immediate context of Polish Romantic messianism.

This is a mistake.

Editorial Statement: This post is part of an ongoing “Ressourcement Futures” series that will look at the mid-century (mostly) French movement of recovering the sources of Christian culture, the movements antecedents, its continued influence, and satellite figures. Posts will be collected here as they are published. It is adapted from the "Introduction" of Professor Rojek's groundbreaking book Liturgia dziejów. Jan Paweł II i polski mesjanizm [The Liturgy of History: John Paul II and Polish Messianism] published by Wydawnictwo M in 2016. 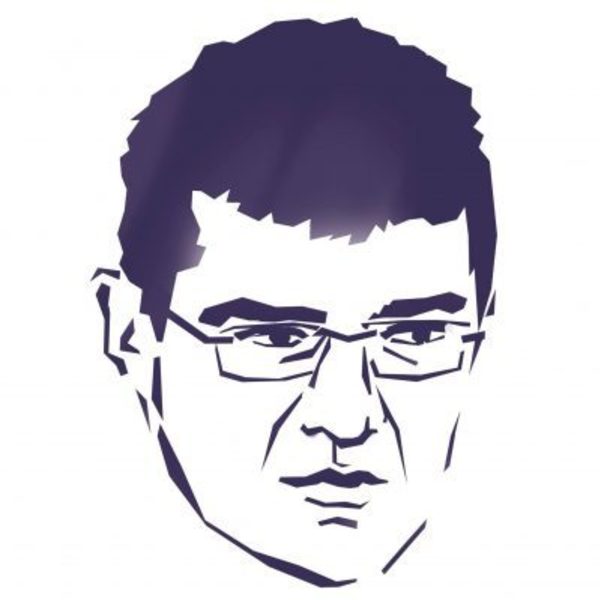 Paweł Rojek is a philosopher, sociologist, and professor at the Institute of Philosophy of the Jagiellonian University in Kraków, Poland. He is the former editor-in-chief of Pressje. His academic and journalistic work explores metaphysics, cultural anthropology, and Russian philosophy.