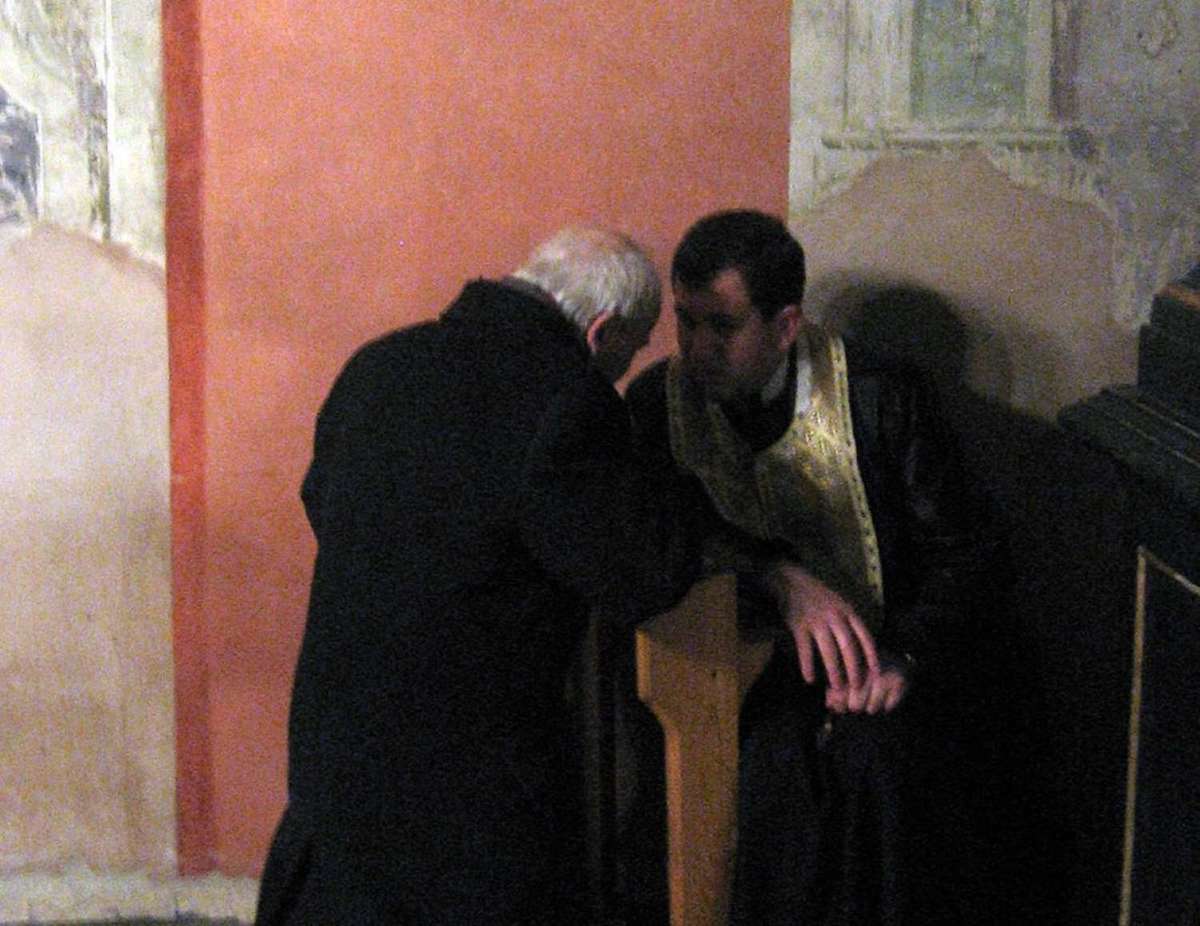 Confession as recommended and practiced in the liturgies of the Catholic Church is, for the most part, first-personal and in the singular. That is, those who confess, whether in a communal liturgy (Mass, some or another of the liturgies of the hours, a communal liturgy of penance) or to the ears of one priest within the celebration of the sacrament of penance, speak in their own voice and in the first person singular. For example, one formulaic introduction to the identification of a penitent’s particular sins is: “I confess to Almighty God, to his Church, and to you, Father, that . . .” And the general confession in the introductory rites of the order of Mass begins: “I have greatly sinned, . . . in what I have done and in what I have failed to do.”

It is important, so the Church thinks, that you avow both that you have done what you ought not to have done and that you have not done what you ought to have done, and in that way you take responsibility for your sins and remove the obstacles that not avowing your responsibility would leave in place. You can confess generically (“I have greatly sinned, in what I have done and in what I have failed to do”) or specifically (I lied to her last Tuesday, stole from him three times this month, and harbored fantasies of revenge against them on at least three occasions since the beginning of the week). There are deformities proper to each mode, as well as advantages proper to each; which place on the spectrum is preferred depends on variables particular to individual situations.

With respect to confession in the narrow sense—the confession of sin, that is—the Western churches emphasize the importance of both the general and the particular. General confessions occur, for example, in the order of Mass in two places: as an element of the ritus initiales preparatory to the liturgy of the word; and then as a thread in the ritus communionis, the Communion rite proper, evident in the Agnus Dei (miserere nobis) and most fully in the non sum dignus (Domine, non sum dignus ut intres sub tectum meum; “O Lord, I am not worthy that you should enter under my roof.”) immediately preceding the reception of the consecrated elements. There is nothing specific in these confessions: we, all of us, are sinners generically, committing grievous faults by omission and commission generically, and in need of mercy generically. Fault and damage are features of the human condition, as Christian doctrine affirms, and that state of affairs is what is dramatized in this aspect of liturgical confession.

There is also, however, the rite that constitutes the sacrament of penance, which places considerable emphasis upon the individual penitent’s confession of particular sins. The priest is instructed at the appropriate place in the rite to help the penitent to make an integral confession, which means a spoken acknowledgment of as many particular sins as are remembered. Latin rite Catholics also have available to them various (optional) forms for examination of conscience as preparations for the rite proper, and these typically encourage those preparing to confess to ask questions of themselves whose answers could be quick, simple affirmatives or negatives, but which more naturally suggest a specific accounting.

For instance: “Do you share your possessions with the less fortunate?” You could simply say yes or no, but the saying of either requires thought about how you do this, or do not, and occasions upon which you have, or have not. Memory is the principal device, and activating it requires some introspection: “Last Thursday I was asked for money by a beggar, and I refused him even though I had money in my pocket.” In either case, general or particular confession, what is required is an avowal, typically in speech but conceivably also, or instead, in other forms (writing, sign), of the fact of your sin and your contrition for it.

Specificity in confession comes in degrees. You can say, “I stole last week,” or you can say, “Last Tuesday I took eighteen dollars from my mother’s purse and spent it on Wild Turkey.” You can say, “several times since my last confession I have imagined having sex with someone I am not married to,” or you can say exactly what the content, visual, tactile, olfactory, and so on, of those imaginations was. The greater the detail given, the more the introspective and memorial effort needed, and the greater, therefore, the fictionalization—the burnishing, ornamenting, and narrativizing—of what is confessed.

Memorial introspection does not yield a three-dimensional sensorium in which your past replays itself before your present eyes (and ears, and . . .), so that you can then retell it to the one hearing your confession. It is not possible to report on your past in that way; it is not there for you to look at in anything like the way that would make that possible. You can only represent it, typically by way of dramatic stories, and for that you need imagination, verbal skill, fluency in the genre of the confession (internally differentiated and complex as that genre is), knowledge of what counts as confessable sin and what does not, and knowledge of the categories to which particular acts belong. Children in the Latin rite Catholic tradition are instructed in rudimentary forms of all this as they prepare for their first reconciliation at the age of seven or so.

Confessions toward the detailed end of the spectrum of specificity are more like short stories or poems or histories than like ships’ logs or chronicles. Those latter confessions stay close to the ground and eschew as much as possible reference to cause and effect or to imponderables such as intentions, affections, entelechies, and patterns. Consider the difference between confessing what you did (I lied to him about my income) and confessing why you did it and what your motive signifies (I wanted to impress him, which is a besetting sin of mine; or, someone else was present whom I wanted to mislead in order to get her to do something that would harm her, and I wanted to do that because I hate her; or, what I said to him seemed true to me at the time because I have lied about my income so often that I no longer know what it is; etc.).

The former is more like a log (sunrise 7:20 a.m.; wind nor’nor’west; no ships seen); the latter is more like a history. But even the former requires a good deal of interpretive and conceptual work. To say that you lied about your income requires some sense of what it is to lie, which is no simple matter (there is a flourishing theoretical literature on the question); and, perhaps, some sense of why lying is a confessable sin, again by no means a simple matter; and, of course, an understanding of what an income is, which, as all who fill out their tax returns know, is no simple matter.

And if those are difficult, specification of cause and intention and pattern is vastly more so. Your intentions and desires are, as a matter of principle, neither transparent nor fully available to you; entire industries (advertising, political campaigns in democracies) are successfully predicated upon that assumption. There are many reasons for that lack of transparency and availability, not least among which is that everything you do is overdetermined with respect to cause and purpose to such an extent that you would need to be Henry James or Marcel Proust to stand a chance of depicting even the main causal and purposive threads in the fabric of your actions, and whatever your novelistic or phenomenological skills might be, you have no chance at all of giving an exhaustive account of them.

At one end of the confessional spectrum, then, is the finely wrought novel (your version of Henry James’s The Golden Bowl); at the other end of the spectrum is the simple log of actions with as much avoidance of specificity and talk of intention as possible (Monday, adultery; Tuesday, blasphemy; Wednesday, theft; etc.). The one type of confession seeks to depict the past in Proustian mode with the confessor as protagonist; the other type of confession aspires to be a record of external events without appeal to inner theater. And there is much in between.

There are several reasons why avowals that veer toward James are neither a good idea nor, usually, encouraged by the Church. The first is their unreliability. Novels and poems can be beautiful, and can be windows into the soul. But memoirs and autobiographies and other kinds of autofiction need as much imaginative artistry as do novels and poems, and that entails the likeness of those depicted in them to fictional characters.

The second is their superfluity. A good avowal, one that performs everything necessary for contritely regretful avowals, need do no more than say, first-personally, that the confessor has offended by commission and omission in particular ways (as liar, as thief, as luxurious glutton, as violent oppressor, by lust, by avarice, by fear, by hatred, as gossip) and with approximate frequency (hourly, daily, weekly, occasionally, rarely, once, sometimes, on nights when the moon is full). Specifying to whom these things were done, with what intentions, and with which particular movements of the body is unnecessary for the removal of obstacles between the confessor and the LORD. To offer such details to the LORD would be like explaining the physiological and neurological mechanisms by which the finger crooks in order to confess that you pulled the trigger. Confessing such particulars is an instance of the fallacy of misplaced concreteness, and it is ordinarily beyond your capacity in any case.

The third is their connection with egotism. You, like me, are not very interesting and very likely less interesting than you think. That is certainly the case with respect to contritely regretful avowals. At the level of the loggable action, there are not many kinds of sin, and yours are not likely to have broken new ground or to be in any other way interesting. It is of the essence of sin not to be interesting because every particular sin is constituted, at its core, by the same gesture, which is the parasitic one of avoidance, the turn of the gaze from something toward nothing, and so your particular sins, whatever they are, will also not be generically interesting and will, in their particularity, be nothing more than repetitions of kinds of actions performed by millions before you and to be done again by millions after you.

To depict your sins ornamentally, by placing them on the stage of your inner theater, inevitably fosters your sense of importance and uniqueness—the spotlight picks you out, and in its heat and light you strut and fret, even while avowing your strutting and fretting and thereby persuading yourself that you are not really strutting and fretting, which intensifies the strut and fret.

EDITORIAL NOTE: This essay is an excerpt from Regret: A Theology. It is part of an ongoing collaboration with the University of Notre Dame Press. You can read our excerpts from this collaboration here. ALL RIGHTS RESERVED. 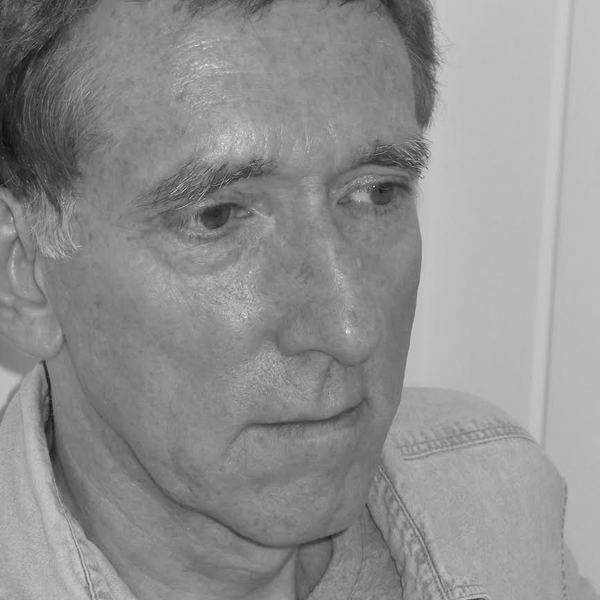 A Short History and Theology of Spiritual Communion

Fr. Bernhard Blankenhorn, OP on spiritual communion during a pandemic. 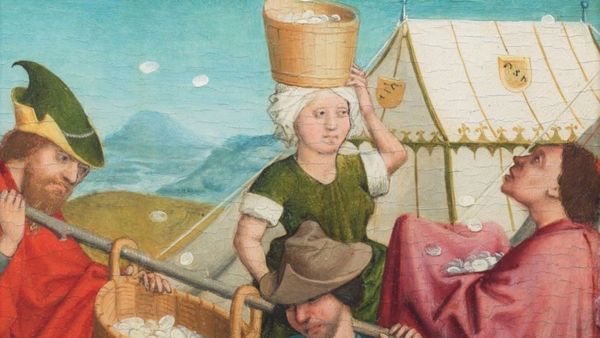