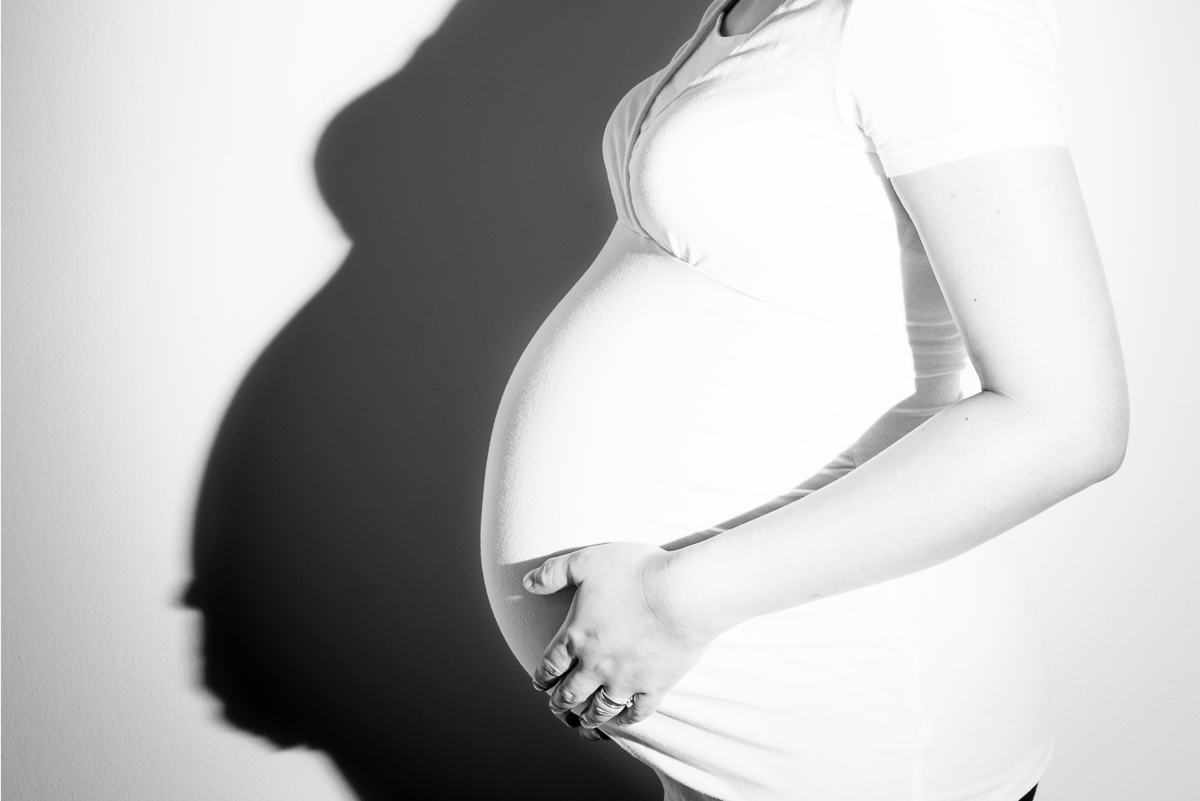 Several months ago, Jessica Keating, Program Director of the Office of Human Dignity and Life Initiatives at Notre Dame, delivered a lecture in the Institute for Church Life’s Dante lecture series in which she used the phrase “the crucible of motherhood.” This phrase struck me as singularly important and true. The image of refinement by great heat and intense struggle seems apt for a vocation initiated by excruciating pain and physical endurance—well beyond the actual act of giving birth. I’ve also come to see, particularly in this election season, that words matter. A LOT. After three long pregnancies and three natural births of three very large children, I’d like to see those defending the lives of innocent children in the womb use more language empathizing with the mother herself. Women need to be able to say in one breath how difficult and even awful parts of pregnancy, birth, and motherhood can be while also affirming the infinite value of the prenatal child and his or her absolute right to life. The dignity of the person depends so very much upon the words used to describe or define or defend. And the dignity of two persons is at stake when the question of abortion is raised: the mother’s and the child’s.

As a pro-life feminist, I see advocates on both sides of the abortion debate talking past each other to an astounding degree. At first I blamed the pro-choice camp for having a sizable blind spot, namely the human fetus in the womb essentially eclipsed by a woman’s “right to choose.” I wrestled unsuccessfully for months trying to genuinely understand the mindset of someone justifying—even embracing—the heinous act of abortion. But then I realized that the pro-life movement also had an enormous blind spot: the expectant mother and really any woman staring down the possibility of pregnancy and motherhood: regardless of her circumstance, she better bring a child into the world and stop whining about it. This is her sacred duty and it is unconscionable to question her role. I started to see why a pro-choice friend had made a biting remark about women not being “incubators for society.”

When going through my own crisis of motherhood at various stages of my pregnancies or post-partum recoveries, I came to see that we as a pro-life community have not adequately championed, at least rhetorically, the needs and rights of the woman burdened by unexpected or unwanted pregnancy. I’m not sure we’ve even championed sufficiently women who have wanted and expected pregnancies. I cannot overemphasize how much motherhood asks of a woman. There is no greater act of laying down of one’s life for another than bringing a child into the world and raising her.

On the other hand, it is not helpful to be angry and blame-casting about the biological inequities that are present between men and women. Clearly women are gifted and burdened uniquely with the capacity to bear, birth, and nurse children. This creates an obvious disparity between men and women that honestly can seem a bit unfair at times, but instead of trying to deny this reality or level the playing field by sacrificing the lives of children hanging in the balance, it is vital to acknowledge these differences and take a serious look at what women should be granted by way of physical, emotional, and spiritual (not to mention monetary and social) support.

Because we don’t always talk squarely and lovingly about how truly difficult and isolating pregnancy, birth, and the post-partum “4th trimester” can be for women, we’re facing an almost insurmountable language barrier in the abortion debate. One party demands rights for the child and one party demands rights for the woman. I’m not sure rights are really the thing at all. Out of the context of the individual woman’s need for support, love, friendship, and care during the singular event of conceiving and bearing a child into the world, the passionate battle cries make almost no sense. Upon receiving the potentially terrifying news that I am pregnant in x, y, or z non-ideal circumstance, would I really find phrases like “my body my choice” or “get your Rosaries off my ovaries” empowering? Or would I really be moved by such mantras as “Smile, your mom chose life” or “It’s a child not a choice”?

To be honest, I think both sides of the slogan war could potentially be quite alienating to the woman who is faced with the stark reality of maintaining her pregnancy or seeking abortion. Yes, the rhetoric can be persuasive to ideologues arguing in a vacuum. But on the ground, in the clinic office when a woman is told she does indeed have a viable pregnancy, what is actually needed is real kindness, an accepting presence, concrete support, and a strong “This will be really hard but you can do it—and I’ll help you.”

I hated being pregnant with my third child. I hated almost every minute of it. I don’t vomit every day like some of my pregnant friends, God bless them. And I wasn’t on bed rest or anything else nearly as debilitating. But I still did not want to be pregnant for nine months. I could not wait for the day that I would no longer be pregnant, when I could sleep on my back again and not feel aching pain every time I bent over. I still am looking longingly at the day when I will not be breastfeeding and I can more definitively say that my body is my own. I am currently not my own. My food is also my daughter’s food. My body is often her resting place and her only means of transport. She is utterly helpless without me for the majority of the day, and without my husband’s active support, I would be even more yoked to constant parenting duties akin to slave labor. I love her with a boundless love. But sometimes my role in this whole business of life is incredibly exhausting. We need to say this. We need to say it a lot so all women know that it is true. It is also true that my daughter has infinite worth and unrepeatable dignity and value. She is her own person who must be protected and cared for regardless of how I feel. But I’m allowed to feel terrible sometimes. In fact, allowing women to feel terrible and supporting them regardless makes it a whole lot easier.

We do not live in a matriarchal society where the act of bearing and birthing a child is an occasion for elder and younger women to gather round in community. We have few if any rituals pointing to the centrality of this act to the very existence of our society. Instead, we have popularized birth as an act of choice, trendy and controlled, like the local food movement—dabbled in by the intelligentsia when it is convenient and lauded. The words surrounding this “choice” make it sound like parenting is totally great when wanted and totally terrible when unwanted. That is not how it is at all. It is always totally great and totally terrible.

Plenty of very pro-life, very strong women I know do not like being pregnant and they dread birth. There are others who love these experiences and draw strength from them, but let’s support women regardless in every way possible. Let’s use words like “hero” and “bedrock” and “rock star.” Because she always is. Let’s celebrate the child’s life and all the good that he or she brings to the world simply by existing. Because life is always worth it. Because human dignity depends upon it.