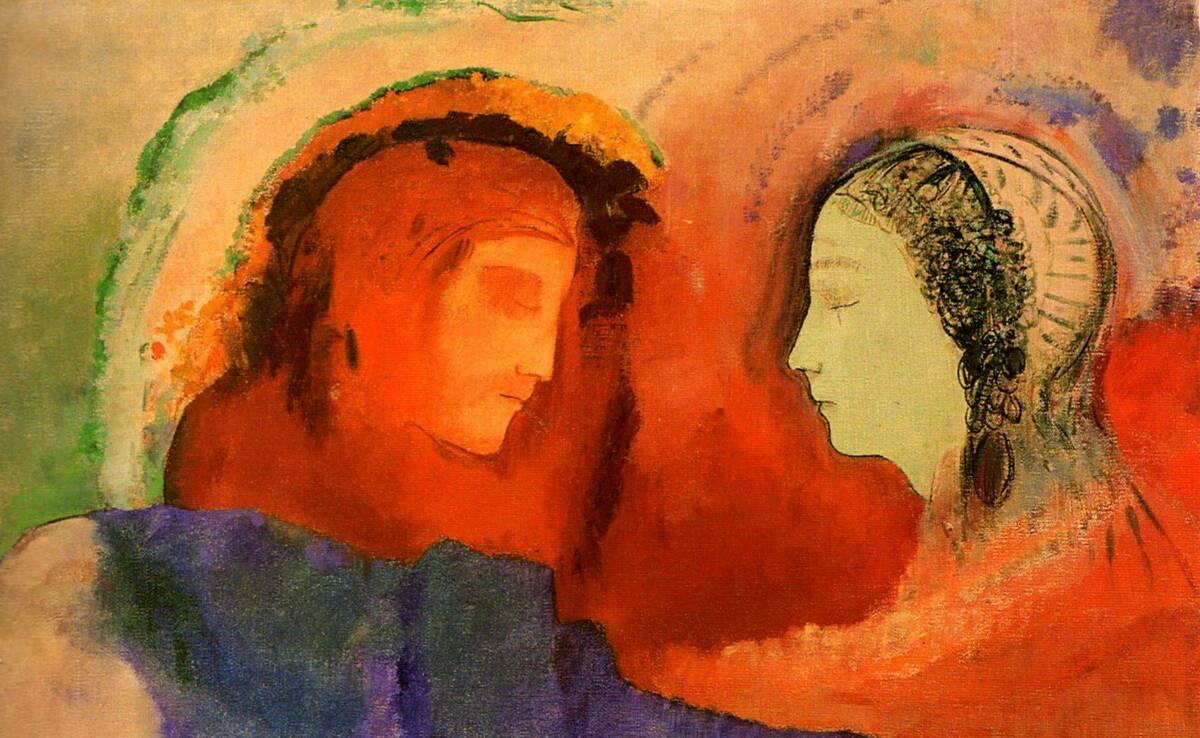 Back in the Fall of 1964, I was blessed to be one of Allen Mandelbaum’s first students at the Graduate Center of the City of New York. Our Graduate Director, Helaine Newstead had told me it would be well worth my time to take his seminar in Dante. What I could not know at the time was that that decision would be a life-changer. Back then he was busy translating Dante, and the course turned out to be so dense and multi-layered that it could cover only the Inferno and Purgatorio.

He had an élan about him, a certain continental flair, and for me he seemed to know everything. Obviously, he knew and spoke Italian fluently, but he would throw in some Provencal or French or Spanish or Harlem jive talk just for the hell of it. One moment it was Mallarmé, the next Baudelaire, the next Virgil (in Latin), or Homer (in Greek), or something in Yiddish or Hebrew, or Ungaretti, Quasimodo, Montale or Giudici—each of whom he had translated.

He was a natty dresser, in the European fashion, and always seemed to don a beret and smoking, a long cigarette holder in his right hand. He was tall, thin, lightly bearded, full of nervous energy, and always—always—thinking. “Of all my dancing masters,” I wrote forty years ago,

the most difficult to follow
was Allen, for he could dance
a step so intricate, so convoluted,
my poor feet kept tripping one over
the other trying to keep up.
Dante’s line splits into Baudelaire’s
preoccupation with the polis and
Mallarme’s narcissistic self-dismay.
So he might begin, and I’d go tripping
foot over foot following first
the one step then the other,
spinning home from his class at Hunter
late at night on the swaying IRT
dizzy still with so much dancing . . .

And there as Allen up at Lago di Como in 1975, busy at his translation of the Purgatorio at the time, and his explanation that he had had to put Dante aside for a while and immerse himself in the Aeneid composed thirteen hundred years before by Dante’s guide, Virgil.

I think I understand why he had to do it this way. Virgil serves as Dante’s guide through the way of the lost and the way of the penitent, something we all share, before we can attempt to ascend to the circles of the blessed, via Beatrice, Aquinas, Francis and Dominic. I recall one evening in Allen’s Dante seminar, when he read Dante’s passages from Arnaut Daniel in the original Provencal, and then read a passage from a new translation of Thomas Aquinas by the Blackfriars begun in the 1960s, a project that would eventually run to sixty-one volumes. There was the Latin text of the Summa on the left side of the page, and the English translation on the right. Of course, Allen could read both. And if any poet might grasp that necessary sense of deep humanity, especially in an age like the present of the truly abominable, those 1960s, that poet was Dante’s guide, Virgil.

With his homage to Virgil history now, Allen returned to the Commedia. His translation of the Inferno appeared in 1980, followed by the Purgatorio in 1981 and the Paradiso in 1982. Following that, Allen served as the general editor of the California Lectura Dantis, a collection of in-depth and fascinating essays on the Comedy. The Canto-by-Canto commentary of the Inferno appeared in 1998, followed ten years later by the commentary on the Purgatorio, by which time Allen was eighty-two. But by then age and illness had forced their way in, so that the commentary on the Paradiso remains in its own limbo.

It is his translation of The Divine Comedy that stands out as his major achievement, “a highly readable, vigorous rendition of Dante’s epic,” as one critic phrased it, “all the more impressive for being a faithful line-by-line rendering of the original rather than a loosely poetic reinterpretation.” Here for example is Dante’s entry into hell as Allen renders it:

Here sighs and lamentations and loud cries
were echoing across the starless air,
so that, as soon as I set out, I wept...
Strange utterances, horrible pronouncements,
accents of anger, words of suffering,
and voices shrill and faint, and beating hands—
all went to make a tumult that will whirl
forever through that turbid, timeless air,
like sand that eddies when a whirlwind swirls.

Those lines still strike me as I watch the news each night on TV. Think Kabul. Or further back, Saigon in 1975. Or the frozen bodies in Stalingrad in 1942. Or, the Frozen Chosin Reservoir in 1950. Or, the gulags in Siberia. Here is Dante rendered, as Robert Fagles, a brilliant translator tells us, “with clarity, eloquence, terror and profoundly moving depths.”

I can still see Allen gazing intently into the bronze eyes of Ovid there in Sulmona in the Abruzzi highlands. Ovid, the poet whose Metamorphoses he would masterfully translate eighteen years on. But, only after first translating Homer’s Odyssey three years before that. The man never rested. Toward the end, I could hear his voice weakening on the phone, even as he still called me his bubeleh. He officially retired when he was eighty-two, and died three years later on October 27, 2011, in Winston-Salem, North Carolina. The accolades were many.

But I will let Allen have the last word. Here is his rendering of Dante, as he realizes that he is and will remain in exile from his beloved Florence, much like Aeneas remembering a city that is no more:

You shall leave everything you love most dearly:
this is the arrow that the bow of exile
shoots first. You are to know the bitter taste

of others’ bread, how salt it is, and know
how hard a path it is for one who goes
descending and ascending others’ stairs.

And then there is that haunting close to the end of the Paradiso, which echoes something of what Allen was also searching for, and with it the realization as with all of us of the failure of words to capture what we see in the blink of an eye. Something there, something intuited, before it too vanishes. “I wished to see/ the way in which our human effigy/ suited the circle and found place in it,” the poet writes, “and my own wings were far too weak for that.”

But then, Dante sighs, as Allen sighs as well, as I do too all these years on,

my mind was struck by light that flashed
and, with this light, received what it had asked.

Here force failed my high fantasy; but my
desire and will were moved already—like
a wheel revolving uniformly—by

the Love that moves the sun and the other stars.

EDITORIAL NOTE: This essay comes from the Loyola University Chicago Hank Center "Why Dante Matters Today" event that marked the 700th anniversary of Dante’s death. It is part of the Hank Center's ongoing series of Conversations on the Catholic Imagination. Video from the event can be viewed here: 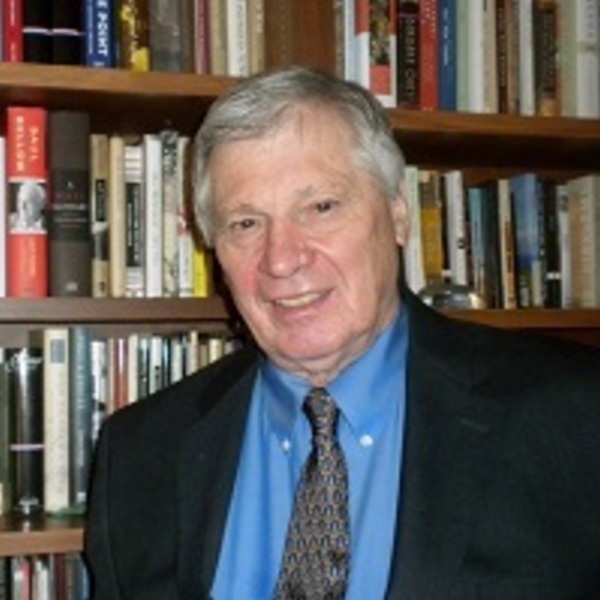 Dante and the Desire to Go Beyond the Human

Stephen Gregg, OCist on hell and other people. 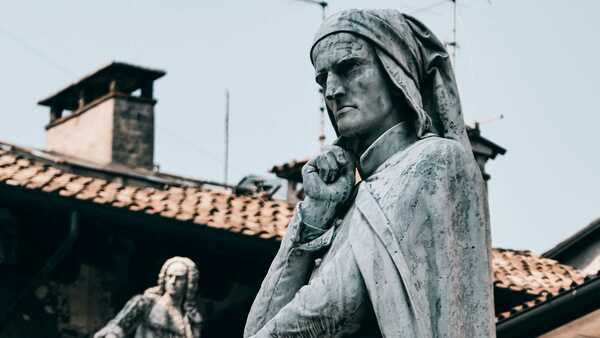