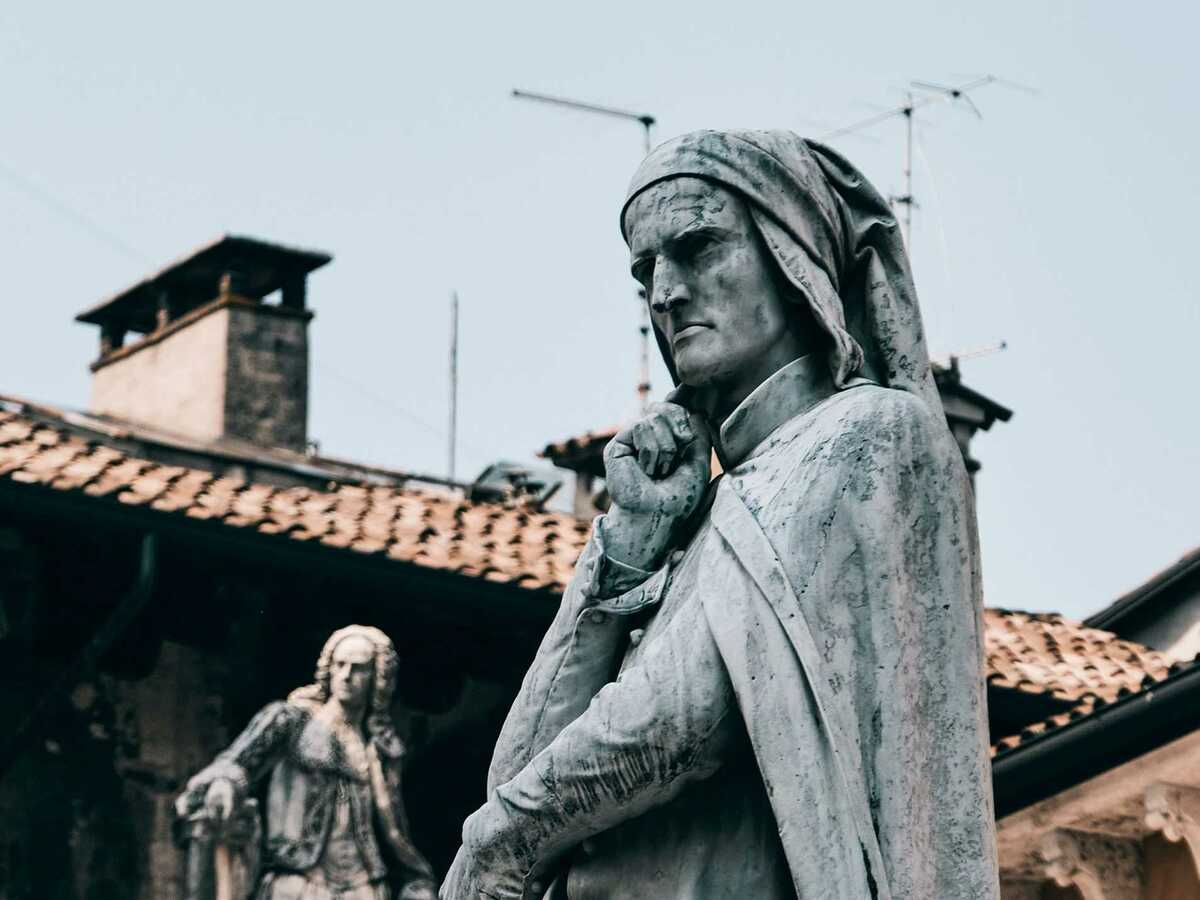 Why does Dante matter today? Why, among all the ten thousand things you could do should you face Dante? Well, you can know the tree by its fruit. Anyone can hear that the Catholic tradition of imaginative work is very much alive, is bearing great fruit and branching out in many directions, and not just in literature. It is not an easy group to be in, but it is definitely alive. A clear case can be made for needing to engage with this living and complex tradition. Dante’s work, though not Scripture, nor exactly part of theological tradition, nevertheless is the single best place—the most complete, and we might say efficient, wasting no time, but offering us everything—to look for how the Catholic imagination works, not only in literature, but in all possible fields, which seems to me to be his goal and ambition. This is sort of just a practical reason why Dante matters: There is no better way to begin engaging this vivid and current tradition.

Another reason Dante matters today is that he did not write only the Inferno, but continued on through to Purgatorio and Paradiso. We all seem to have a feeling that these last hundred or so years the human race has been devoted to creating hell for itself—I am thinking a little of the old question posed by Theodor Adorno, “Can there be art after Auschwitz?” Of course, yes; but alongside art’s power to be testimony to pain and grief, to bear witness against injustice and evil, Dante shows us there is also the power of illumination.

Reading the Divine Comedy opens our eyes to possibilities of grace and light and freedom—not just darkness, but grace, and light, and freedom—possibilities that we are so prone to forget, and he does so even while he faces the full possibilities of existential darkness. Paul Tillich[1] wrote of Dante that his work “enters the deepest places of human self-destruction and despair as well as the highest places of courage and salvation”—and that he does both is essential to why his work still matters. As Aeneas finds out from the Sybil in Vergil’s Aeneid, “The way downward is easy from Avernus, / black Dis’s door stands open night and day. / But to retrace your steps to heaven’s air, / there is the trouble, there is the toil” (Fitzgerald 6.187–190). Dante faces the darkness of Hell in all its fullness, witnesses the whole experience thoroughly, but finds his way to or rather is guided out the other side. We need to learn to do this and to share this, to be such students and such guides.

On a much more particular note, Dante also matters today because he knew the Cistercians are the best thing going in the kingdom of Heaven. Here in the monastery it is a matter of spiritual pride that Dante has our forefather St. Bernard of Clairvaux at the very highest point, or anyway just below Mary herself, taking over from Beatrice to direct Dante’s eyes to the Blessed Virgin. All the others saints are included somewhere by Dante, but why does he choose Bernard for this final role?

Because this saint had, indeed, thought everything through, had the whole view of things like Dante, and especially in his Marian writings could express himself so well that he is called the “mellifluous doctor”—an all-important qualification for Dante—but most of all because St. Bernard insists that the point of our learning and our work and our prayer is not just more thinking, getting more ideas, but arriving at a true experience of God’s grace. Dante matters because, like St. Bernard, he wants to use art to lead us to experience, not merely to distraction or even just to instruction.

Another reason I think Dante matters today is a particular neologism in the first canto of Paradiso, one of many words he must invent to write of Heaven: he creates the word “trasumanar.” This is to “transhumanize,” “to pass beyond the human” as it is translated (we still do not really have a word for it). This verb is what Dante calls his journey, though he admits that what this means cannot be put in words “until grace grant you the experience” (Paradiso 1.70–72). Trasumanar is a powerful word to create, and it responds to our needs today. People speak of living in a post-human world, of passing beyond what have usually been considered the boundaries imposed by human nature.

Nature itself seems like something we defy and seek liberation from. I suppose this has some good aspects, but it also sounds honestly a little terrifying. Dante is the true poet of “passing beyond the human,” of going not “post-human” but “trans-humanic,” through the human to pass into the heart of what it means to be human by transcending the petty, little self. The poetry has this metamorphic power, and it brings us to this paradox, that we most become who we are when we go beyond being just what we are.

The sinners in Hell are so wretched not just because of the inventive tortures and the eternal absence from God, but mainly because they are stuck being themselves forever, never capable of growing or advancing, slowly locked into the ice of lifelessness. This is the power of that image of Satan freezing himself into the bottom of Hell by the beating of his own wings, or the blasphemer punished in the Seventh Circle of Hell, Capaneus, who even makes a boast of this. He says, “That which I was in life, I am in death” (Inferno 14.51).

Hell is not “other people,” as Sartre famously put it; Hell is you being nothing but you for all eternity, with no communion with the other. Dante matters because we need this image of the right kind of human transformation not through individual effort but through self-knowledge, guidance, and grace, to cure us of a lot of artificial and deceptive forms of self-improvement and self-alteration and wellness, and to return us to the true sense of the freedom that makes us human.

It is one thing to say it and think it, but we also need to be guided toward experience of this transformation. This is the reason this Comedy is called “divine.” That is the power of the image that Dante offers—taking the whole poem as a single, complex image that opens to us (and opens us to) the good news of the soul’s capacity for true communion, the other side of our infernal capacity that we reach through purgatorial experience. We need to inscribe this image on our souls.

EDITORIAL NOTE: This essay comes from the Loyola University Chicago Hank Center "Why Dante Matters Today" event that marked the 700th anniversary of Dante’s death. It is part of the Hank Center's ongoing series of Conversations on the Catholic Imagination. Video from the event can be viewed here:

[1] It is in The Courage to Be, though it is also easy to find as one of the epigraphs to the English Dante scholar John Took’s recent book, Why Dante Matters: An Intelligent Person’s Guide (Bloomsbury 2020).

Photo by Marcus Ganahl on Unsplash. 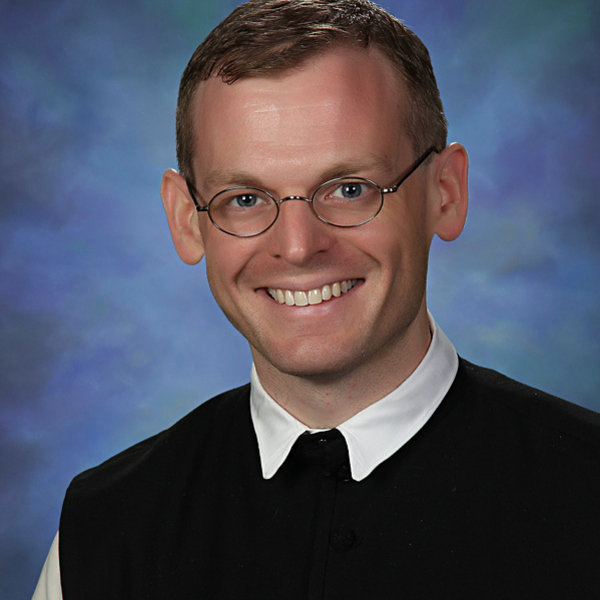 Cyril O'Regan, ND Huisking Chair in Theology, explains, just in time for All Saints', why the Paradiso is the pinnacle of Dante's achievement. 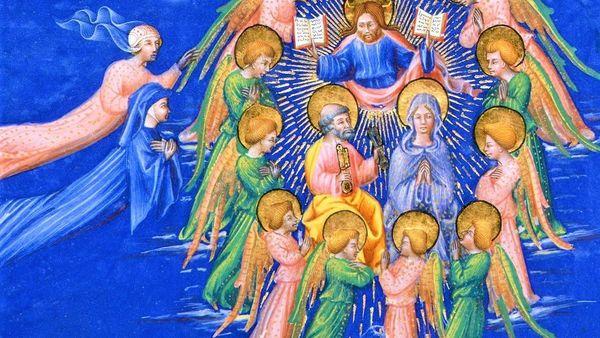