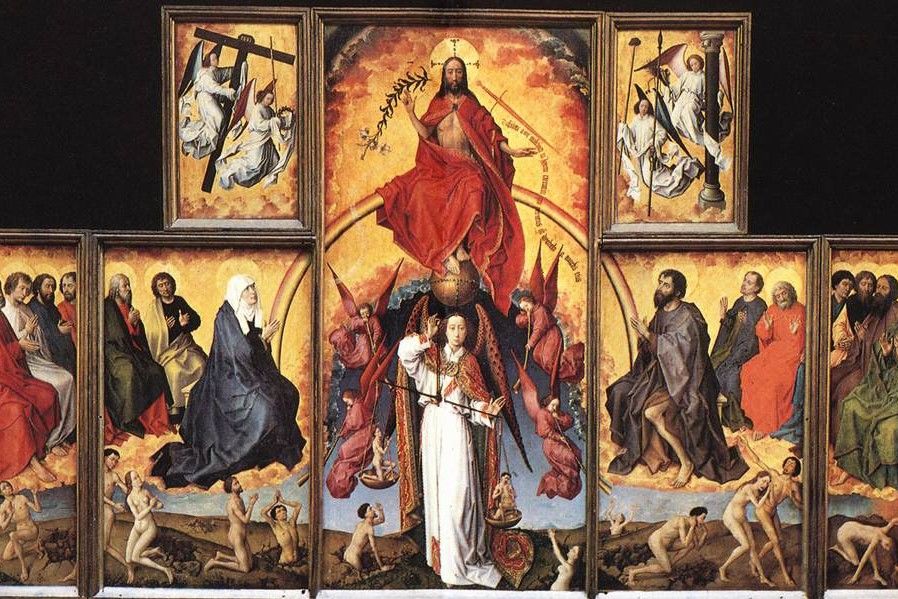 Our parishes are too safe. They gather together like-minded citizens whose children go to the same schools, whose parents root for the same football team and work in similar fields. We form insular communities that sing music praising not the triune God who comes to interrupt history through the power of the cross, but music reminding the Creator of the universe how lucky God is to have a people like us as his own. The Church's liturgy in these instances functions not as a counter-polis but as a replication of social structures that reduce the reign of God to a country club. We naively sing (accompanied by an upbeat tambourine), "Send down the fire of your justice," unaware that this fire may be for us. And we do so in the name of an evangelization that is supposed to be palatable for a generation that longs not for prophetic discourse but therapeutic memoirs.

Advent is the season in which our parishes should once again become dangerous spaces. The coming of Christ that we prepare for is the final one, that is, the advent of the Lord of the universe who will come to judge the nations. As the Eucharistic Preface for the season of Advent describes, the Church during this holy season passionately longs for God to become manifest, to reveal to the world what it means to be God. There is a final light that will shine into the spiritual blindness of the human condition, of the nothingness of sin in all its dimensions. The darkness will not conquer or seize the radiant light of the coming king. The luminous manifestation will expose the tragedy of humanity turned in upon itself. It will reveal the beauty of hidden love, of sacrifice unto the end, in a world where power politics and violence function as the currency of the kingdom. This "worldliness" infects our parishes, our Church hierarchy and parishioners, our Catholic universities and schools—everywhere where complacency can be found. Where we confuse the Church for an insular community of the happy and content.

But in Advent, we should get rid of this complacency, prepare anew for the apocalyptic coming of our Lord and King. The apocalypticism of Advent is a reformation of our vision to perceive the coming of the King into this age. The sermons of Blessed John Henry Newman capture this apocalypticism well. He begins his sermon "Worship, a Preparation for Christ's Coming," with a reflection on winter's arrival:

Year after year, as it passes, brings us the same warnings again and again, and none perhaps more impressive than those with which it comes to us at this season. The very frost and cold, rain and gloom, which now befall us, forebode the last dreary days of the world, and in religious hearts raise the thought of them.


Winter's arrival should lead "religious hearts" to think about the end of existence. In the context of worship, such an apocalypticism is not irrational or sectarian. Instead, it involves a gradual transformation of the mundane life of the Christian into a space of worship: "And in the worship and service of the Almighty God, which Christ and His Apostles have left to us, we are vouchsafed means, both moral and mystical, of approaching God, and gradually learning to bear the sight of Him" (962).

Advent's apocalypticism is mystical. Worship of the living God is not merely an expression of social solidarity, the kind of thing that an upright citizen or parent should do. Instead, serious, apocalyptic worship prepares us to see the coming of our God hic et nunc, here and now:

When we kneel down in prayer in private, let us think to ourselves, Thus shall I one day kneel before His very footstool, in this flesh and this blood of mine; and He will be seated over against me, in flesh and blood also, though divine. I come, with the thought of that awful hour before me, I come to confess my sin to Him now, that He may pardon it then, and I say, "O Lord, Holy God, Holy and Strong, Holy and Immortal, in the hour of death and in the day of judgment, deliver us, O Lord!"


Kneeling in public or private is no mere pious exercise of parishioners longing for the pancake breakfast. Instead, it is that practice whereby each member of Christ's body prepares for the final moment of redemption. We prepare to confess our sins, all those dark places, where we have worshipped ourselves rather than the triune God.

As Ulrich Lehner pointed out earlier this week, Advent is a season of asceticism, of developing a heightened awareness of the presence of God in the mundane. And for this reason, Advent is also a season of renewed apocalyptic vigor in the Church.

The worship that we perform on Sunday mornings is not a private act for individual consolation alone. Instead, such worship is intended to reveal to the world its ultimate destiny: to become a space where the totality of divine love, Christ's coming among us, can transform every crevice of the world.

Our parishes are too safe. Advent, if we take it seriously, restores an apocalyptic posture among us. The Church is not meant to be a country club for the powerful and wealthy with pleasant music, nice art, and entertaining preaching that gets us through another week.

The Church is the space where salvation is happening. Where light shines into the darkness.

Editorial Note: Throughout the month of December, Church Life Journal will explore the Catholic imagination as an eschatological imagination. By eschatological imagination, we mean the imagination that highlights Christ’s coming in to the world: in his second coming at the end of time; as he is manifest in the scriptures; made known through his Mother (both then and now); and in Jesus’s nativity, which we anticipate during this season of Advent. We seek to reflect, in other words, on the myriad implications of Christ’s Incarnation for this life and the one that is to come. As our authors explore the various dimensions of the eschatological imagination (please click the link for a list of the posts), we invite you to think along with us.