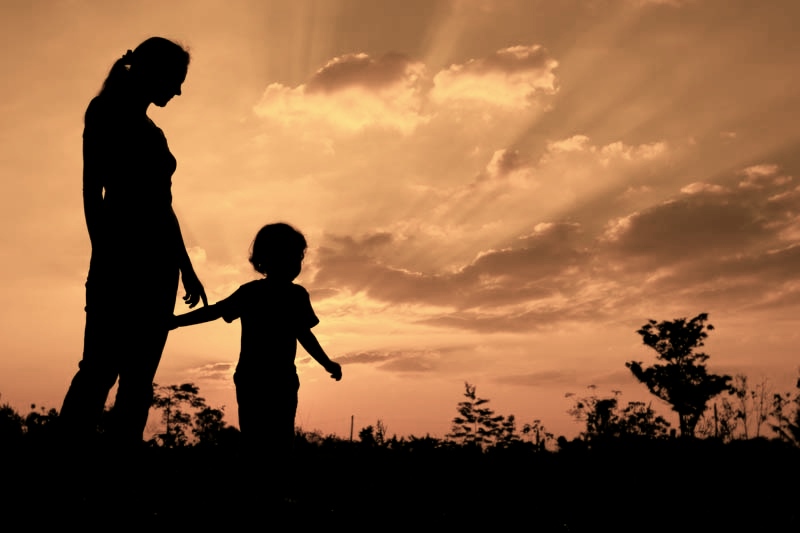 "We were not capable ourselves of the relationship we were gifted. Yet our obstacles were as nothing to God’s grace."

Visit here to listen to Notre Dame junior Courtney Morin tell a story of love, trust, and grace encountered through the adoption of her little sister. Subscribe to the free Stories of Grace podcast on iTunes U and receive automatic notifications when a new story is published. The full text of Courtney's reflection is below.

Eight-and-a-half years ago, my parents’ asked me how I would feel if my family were to adopt a new sibling. Then they changed their minds—actually two new siblings, they said. Nine months later during my seventh grade year, my dad, who doubled as my soccer coach, showed up to soccer practice with a thick manila folder tucked under his arm. In it, was a referral from our adoption agency. Delighted, we poured over the folder’s photos of two little children from halfway across the world, destroying the pronunciation of their names which would eventually become so familiar to us in their Anglicized forms. At that point, we got confused even trying to figure out which child was which: was the pink-clad, line-backer worthy, short and stout child the younger brother or the older sister? And which was the petite, bald-shaven, taller child? I remember mostly anticipation—excitement—looking over those profiles. I could almost imagine what our family would look like when these two little ones joined it; I felt so ready to welcome them into the fold—to be a good older sister to them.

However, on arriving in Ethiopia four months later, my confidence started to fade. It was muggy when we got there—my parents, all four of us biological children, and my grandparents. As we took those first breaths, it was almost as if we were inhaling the water that always hung in the air during Ethiopia’s rainy season. The unfamiliar experience solidified in my mind the understanding that I was far, far from anything I had ever known. I was in an entirely unfamiliar land; yet this place, while unfamiliar to me, was the place my soon-to-be siblings called “home.” The frankly terrifying emotion that blossomed out of this realization was not aided by the next terrifying half hour during which my family was packed like sardines into three separate taxi-esque vehicles. At one in the morning. In a foreign country. In the pouring rain. With all our luggage strapped to the tops of the cars, being saturated. As we drove past home after home, protected by fences topped with barbed wire, not unlike those around the county jail back home, I was beyond feeling merely unprepared. I was actually fearful for our lives. I realized that even if my family did make it through this most frightening car ride, there was no way I was prepared for the experience I was about to have. What in the world had I gotten myself into?

Despite its being unhelpfully positioned at the end of a dark alley, we did indeed arrive intact and alive at a guesthouse, and within a week, I found myself at the Care Center where my siblings, Geta and Tamene, had been living for the past few months. My first encounter with them did not ease my unrest. Tamene, the younger of the two, a one-and-a-half-year-old little boy, cried literally the entire time. My mother spent the whole afternoon trying to make friends with this little guy while everyone else kicked a soccer ball around with Geta, the older sister, around four at the time. Things with her seemed to be going as planned, at least until a photographer came by and instructed my dad to pick her up. Then Geta too burst into tears. Two children—sobbing and terrified; my parents—doing their best to help the nannies comfort them; us biological children and our grandparents—waiting outside; me—feeling more unprepared than ever for this job. Yes: I thought I had a pretty good idea of how to be a good sister to Patrick, Emily, and Joshua. But how to do so for Geta and Tamene? I was totally lost. I saw only obstacles.

As we arrived at the Care Center for our second meeting the next morning, a soccer ball flew over the fence. I ran to retrieve it, returning to innumerable little hands groping through the bars, straining arms and torsos through as far as humanly possibly in their efforts to be the lucky one to receive the ball back again. But not Geta. She stood at the back of the crowd—watching me. I caught her gaze, standing there, smiled and threw the ball over the fence. The children ran in a mob after it, ready to resume their play. Geta stayed. She continued to watch me as the gate was opened to let us in. A brief moment later, she had attached herself to me—literally.

For the next two months, she clutched my pant leg with a death grip whenever possible. She sat next to me (or, even better, on my lap) at mealtimes. She begged me not to leave her side after she had fallen asleep at night. She followed me around everywhere, more often than not requesting that I join her in a game of UNO, simultaneously her favorite game and the only one we mutually knew in those early days. My going to school or anywhere else that would separate the two of us would frustrate her. Without fail, I could expect her, waiting near the door when I returned home. Not yet speaking any English, she became my silent shadow, my constant companion.

Looking back at that early encounter, at the ball flying over the fence only to trigger a relationship that has become just as essential and beautiful to me as those I have with my biological siblings, I cannot help but be stricken by what a miracle the moment truly was. She, so little with her four meager years. She, in such a vulnerable position, having to move half-way across the earth to live among six loud strangers she had never before met. She opened herself to me, trusting that I would love her, that I would take care of her and that I would be a good sister to her. Her trust was a miracle! And then there was me, who was entirely unready to love this little girl, unsure of what it even meant to be a sister to her. Me, who came out of an entirely other context, who did not speak the same language, who knew nothing of her past life and who would not have been able to relate had I known, who did not even look anything like her. For some reason, God graced me with the opportunity and the ability to know this child and to love her truly as my sister.

Neither Geta nor I was in any way ready to encounter the love that we encountered in each other that day. We were not capable ourselves of the relationship we were gifted. Yet our obstacles were as nothing to God’s grace. God’s grace allowed Geta to trust in my love, both in those first moments and now, the obstacles notwithstanding. And, it allowed me to begin to love her and to continue to grow in my love for her even in the midst of my ignorance as to how to do so. 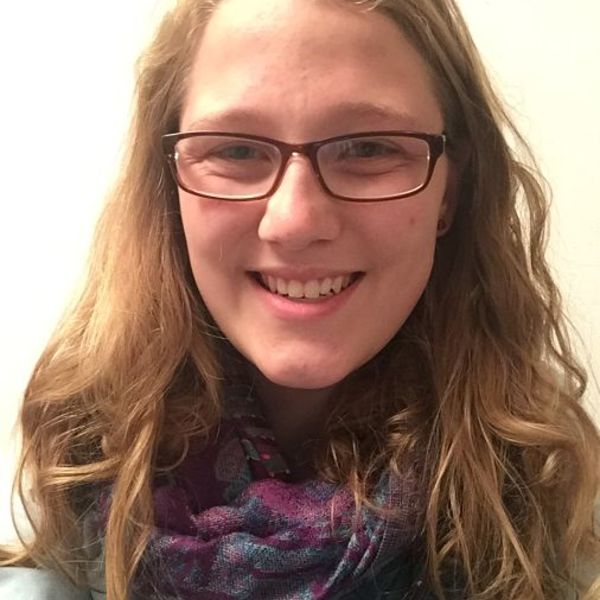 Courtney Morin is a junior majoring in Romance Languages and Literatures (Spanish and French) and minoring in Education, Schooling, and Society. She served as a Notre Dame Vision mentor in summer 2016. Captivated by all things culture and language, she enjoys exploring new corners of the world where she is easily recognizable by her colorful, elephant-patterned pants.