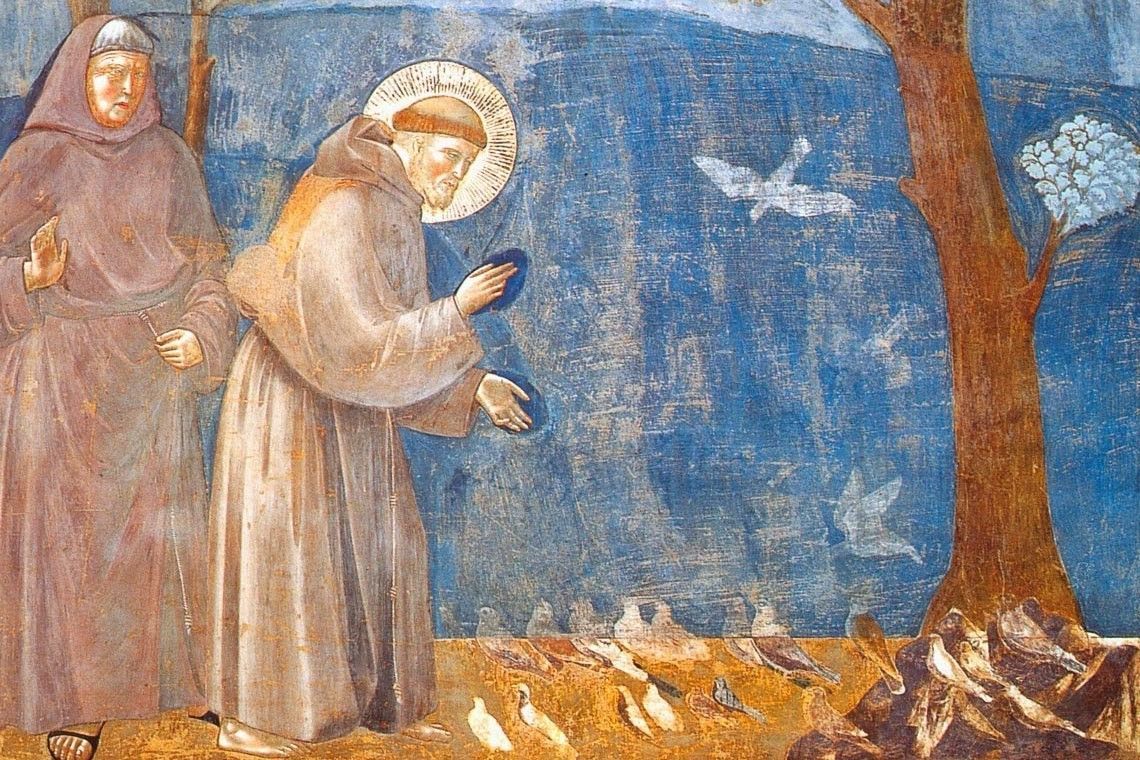 In the First Life of Saint Francis, Thomas of Celano (c. 1185–1265), relates a detail about the seraphic saint that could easily pass by a reader’s attention as simply a charming embellishment adorning the life of St. Francis. The saint of Assisi was so transformed by the burning fire of God’s love that he even saw the dignity of worms: “Even for worms he [Francis] had a warm love,” writes Celano, “since he had read this text about the Savior: I am a worm and not a man. That is why he used to pick them up from the road and put them in a safe place so that they would not be crushed by the footsteps of passersby.”[1]

Pope Saint John Paul II called it a culture of death, a culture that destroys solidarity and tramples upon the most vulnerable.[2] Polish social theorist, Zygmunt Bauman described this cultural phenomenon as “liquid modernity,” a global culture characterized by profound ambivalence, instability, detachment from place, and the fluidity of identity and community. In other words, human lives have become objects of consumption that are ultimately disposable. Pope Francis calls it a throwaway culture, a culture in which “Human beings are themselves considered consumer goods to be used and then discarded.” It is a culture, Pope Francis says, which is no longer simply exploitative and oppressive. It is a culture of exclusion, and “exclusion,” he explains, “ultimately has to do with what it means to be a part of the society in which we live; those excluded are no longer society’s underside or its fringes or its disenfranchised – they are no longer even a part of it. The excluded are not the ‘exploited’ but the outcast, the 'leftovers.'”[3]

These are the anawim of our world. The biblical concept of anawim evokes a thick sense of what it means to be among the poorest of the poor, the non-persons of society, the leftovers, the wasted lives of modernity, the forgotten ones. The anawim of the Bible are those who are considered non-persons according to society. Not metaphorical non-persons; literal non-persons, the ones who have no legal standing in society, no prestige, no power, no claim to justice; the ones who have nothing to fall back on but God. These are the ones Christ blesses again and again, the ones to whom he assigns a place in the kingdom of God.

And then there is the saint from Assisi, a man who picked up worms. Worms! Is there anything more worthless than worms? With so much work to be done and so many systems that need to be fixed, what value does picking up worms have? It is a practice that has no apparent value or purpose, and yet, in his agony on the cross Jesus Christ, God’s love made manifest, does not disdain to become a worm, “scorned by men, despised by the people,” mocked, spit upon, jeered at, and abandoned (Ps 22:2-7). St. Francis’ habit of picking up worms is not a statement about the value of worms over humans; it is the incarnation of an imagination that has become so totally transfigured in Christ that hospitality extends even to worms!

His is an attentiveness to the traces of God in all of creation, and imagination that has become so utterly reformed that St. Francis has become an alter Christus, a second expression, as it were, of divine love—a love that opens itself to vulnerability, a love that makes room for that which is radically other than itself. The saint of Assisi saw everything in creation—every bird, every flower, every plant, every blade of grass, every animal, every worm—as a marvelous, particular object of wonder, a vestige of the Creator, a brother or a sister that has been loved into existence by God. His was an imagination that was not cluttered with ambition and lust for power. He was openhearted and generous. His was an imagination burning with charity.

I sometimes wonder what society might look like if everyone stopped to pick up worms from sidewalks and streets and moved them to safe a place where they would not be trampled underfoot. I tried it for a while. It is gross, but it also changed the way I moved in the world. When you start picking up worms, you have to constantly look down and watch where you step. You have to bend down and gently but firmly pick up squirming creatures. The thing is, once you start picking up worms and wondering at their creation, the very fact that they exist, your imagination begins to expand. If God loved these creatures into existence, these creatures who do not reap or sow and yet are clothed in the splendor of the Lord, how much more precious is the life growing in the womb and the woman who carries the child within her. This mysterious wonder grounds all that we say about the sanctity of life. This wonder stretches out to embrace the image of God in the immigrant, the life of the prisoner on death row, the life of the person with dementia who can’t remember his children’s names anymore, the terminally ill, the poorest of the poor.

St. Francis’ imagination was so totally configured to Christ that he no longer saw division—distinction, yes, but not division. He was utterly consistent in his preferential option for life, and so must we be. On this point, Pope St. John Paul II is emphatic:

We are called to become neighbors to everyone, and to show special favor to those who are poorest, most alone and most in need. In helping the hungry, the thirsty, the foreigner, the naked, the sick, the imprisoned—as well as the child in the womb and the old person who is suffering or near death—we have the opportunity to serve Jesus. . . . Where life is involved, the service of charity must be profoundly consistent. It cannot tolerate bias and discrimination, for human life is sacred and inviolable at every stage and in every situation; it is an indivisible good. We need then to "show care" for all life and for the life of everyone. Indeed, at an even deeper level, we need to go to the very roots of life and love. (Evangelium Vitae §87)

As Christians, we do not get to pick and choose whom to love. We forfeit the right to divide ourselves into camps because putting on Christ in the baptismal waters does not mean putting on only that part of Christ I agree with. It means putting on all of Christ—the seamless garment of life, which makes distinctions but also sees integral unity. We forfeit the right to reconstruct categories of belonging based on our personal preferences and prejudices. In short, being Christian means going to the “very roots of life and love.” It means imagining a civilization of love. It means cultivating an imagination hospitable to life, an imagination that is more spacious. It is an imagination that sees the proper ordering and distinction among life issues not as a threat but as an invitation and challenge to love more fully and more deeply. It is an imagination that resists the reductions and exclusions that a culture of death (a throwaway culture) would demand we make. The hospitable imagination wonders at the magnificence of creation and mystery of human life, “wandering in the garden of youthful joy.”[4]

[2] See Evangelium Vitae (Vatican City: Vatican, 1995), §§12, 23. For John Paul II, the “culture of death” is descriptive of a reality in which the vulnerable and weak are disposable. In Evangelium Vitae he expounds the contours of the culture of death: “This culture is actively fostered by powerful cultural, economic and political currents which encourage an idea of society excessively concerned with efficiency. Looking at the situation from this point of view, it is possible to speak in a certain sense of a war of the powerful against the weak: a life which would require greater acceptance, love, and care is considered useless, or held to be an intolerable burden, and is therefore rejected in one way or another. A person who, because of illness, handicap or, more simply, just by existing, compromises the well-being or life-style of those who are more favored tends to be looked upon as an enemy to be resisted or eliminated. In this way a kind of 'conspiracy against life' is unleashed. This conspiracy involves not only individuals in their personal, family, or group relationships, but goes far beyond, to the point of damaging and distorting, at the international level, relations between peoples and States” (§12).