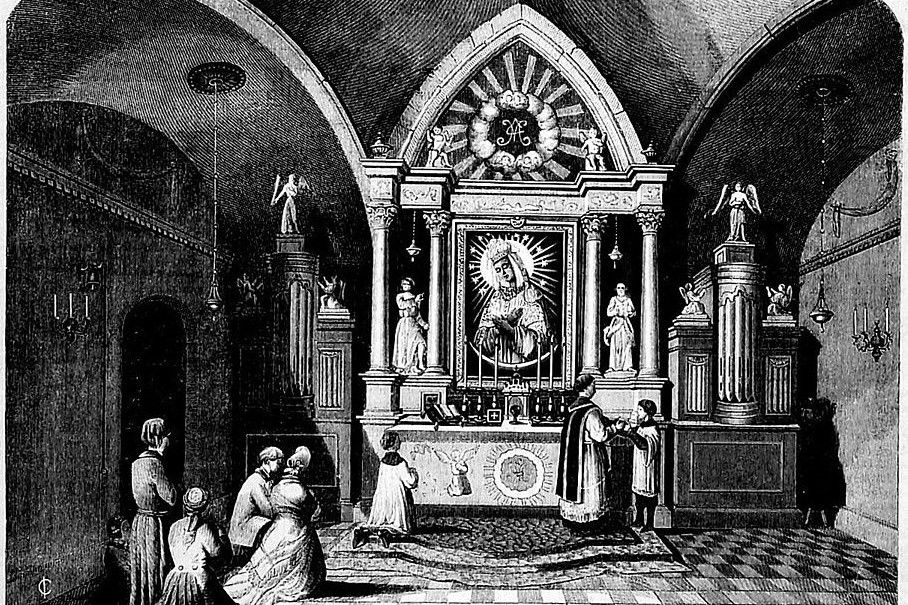 Liturgical catechesis—the act of reorienting our lives in and by the liturgical act—is quite a hot topic in ministerial circles currently. Liturgical catechesis should allow the grace of God to work through the words, actions, and meaning of the liturgy in order to form our lives. It would thus transform us into little Christs to serve the Church and the world. What does this look like and how can it be achieved?

This is not a new question. There are certainly many answers such as Timothy O’Malley’s books, Sherry Weddell’s Forming Intentional Disciples, and Fr. Randy Stice’s trilogy on a rites-based approach to the sacraments are just a few that come to mind. But as I was perusing the latest issue of Antiphon—the journal of the Society for Catholic Liturgy—Dr. James Pauley of Franciscan University made a simple yet weighty statement: “the testimony of real people . . . can give voice to what it looks like in their own life experience to live fr­­­om the grace of the sacrament.”[1] Christ’s disciples in the world cannot expect to evangelize women and men if they do not share their stories of how the love of God transformed their lives. Therefore, I sense I should share my vocation story from a liturgical-catechetical perspective, hoping to spread what I have learned from my search for God.

I have shared my various journeys through the Church’s liturgy before, so I will not go into precise details. Suffice it to say, my interest in liturgy gelled early through experiencing “good” liturgy in my boyhood church and being exposed to more solemn liturgies in the high school seminary and while working at Holy Names Cathedral. When I chose to go to Quincy University, I did not plan to study the history of the liturgical movement (the movement in the late 19th and early 20thcenturies that enlivened liturgical and sacramental meaning in the Catholic and Orthodox Churches). Yet, that initial academic study led me to the Liturgical Institute (LI) in Mundelein, Illinois. I went to the “LI” out of a desire to learn more about the liturgy (especially its historical development) in an academic setting; I left the LI transformed, not just by studying the liturgy, but by living the liturgy.

The former director of the LI, Fr. Douglas Martis, upheld the Institute’s schedule around daily celebrations of the Divine Office and the Mass. A typical day during the school year involved Mass at 7:00 in the morning, followed by Morning Prayer at 8:30, the daily round of work, class, and lunch, then Evening Prayer at 5:00. During my first fall, I moved home to save money. Once Fall gave way to Winter in the Chicago area, I faced a rather onerous 120-mile round-trip commute three times a week in snow and sleet. Fr. Martis asked me if I wanted to live on campus to save time, gas money, and perhaps even my sanity and life. I agreed, and I was given funds to live on campus. This was more than mere charity on Fr. Martis’s part. Rather, he wanted me to be a part of the life of the LI, a life centered in the liturgy. Indeed, everything we did at the LI was “liturgical.” So, I moved onto campus and began the daily cycle of Mass, Morning Prayer, work, class, and Evening Prayer. I started seeking out the Sacrament of Reconciliation more often. After a brief period, I started praying the Office of Readings on my own, and I found a spiritual director.

The Eucharistic Liturgy was the source and summit of all we did at the LI, but it was not all praying and chanting. It was at the LI that we put on Super Bowl parties (where I beat one of my classmates in a chili cook-off), impromptu Wallander viewing parties on Sunday evenings, and often went out as a group to local restaurants to enjoy each other’s company. The liturgy formed all of us into a family, a family that I relied on heavily when my father died toward the end of my time at the LI. Fr. Martis presided at my father’s Funeral Mass, Dr. Denis McNamara was one of the cantors, and all of my classmates were there—priests and lay men and women.

It is no surprise, then, that after I graduated from the LI, I entered seminary the following August. I assumed that because I was attending Mundelein Seminary (both Mundelein Seminary and the LI are part of the University of St. Mary of the Lake), my experience would be the same: the Office, Mass, class, work, etc. I was mistaken. The seminary’s schedule is quite structured yet relentless. If I was not in class for most of the day, I was to be doing homework or doing my ministry assignment in a local parish. It was a daunting cycle of never finding time to rest and taking in all that I was experiencing. I discerned out of Mundelein after two years and found work as an archivist and then as a Catholic high school theology and history teacher.

Throughout the meantime, though, I knew I needed structure in my life with the liturgy as the anchor that bound me to the love of the Holy Trinity. When my spiritual director finally told me to think about monastic life, I shunned the idea, thinking that I was not made for that kind of structure: the Divine Office, daily Mass, work, class, leisure. Then, like “the dawn from on high,” God spoke to me and said, “Yes, you can do this.” When I went on my monastic observances at a few monasteries, I felt an instant attraction to Saint Meinrad Archabbey in southern Indiana. Besides being home to the “One Bread, One Cup” liturgical catechesis program, Saint Meinrad also boasts one of the best seminaries and graduate schools of theology in the country, and several learned and holy monks, like Fr. Columba Kelly, the father of Gregorian chant in English. I applied in July 2016 and entered as a candidate the following October; I am now a novice.

The liturgy has profoundly changed me. Now I am a part of a community whose very life is centered in the daily celebration of the Eucharist and the Liturgy of the Hours. Studying the liturgy impelled me to take a step where my life’s journey was one guided by the grace of God received in the liturgical act. The reading from Deuteronomy for Saturday at Night Prayer echoes throughout my mind and heart: “Drill them into your children. Speak of them at home and abroad . . .” The Church, through her daily liturgical cycle, has drilled into me the transformative love of the Risen Christ, re-presented every day on every altar in the world. The liturgical action has driven me to seek God in all things in my life, to sacrifice the bad in myself for the good of the world, and provide a template for me on how I should live my life. The Mass is the life of Christ in microcosm, so to form ourselves liturgically is to pattern our lives more like Christ’s.

This is how the grace of God and liturgical catechesis will help to transform us into Christian disciples. It did for me.

Joseph Wagner is a novice at Saint Meinrad Archabbey in southern Indiana. He holds an M.A. in liturgical studies from the Liturgical Institute at the University of St. Mary of the Lake in Mundelein, Illinois. His research focuses on the social and political ramifications of the Liturgical Movement in the United States.