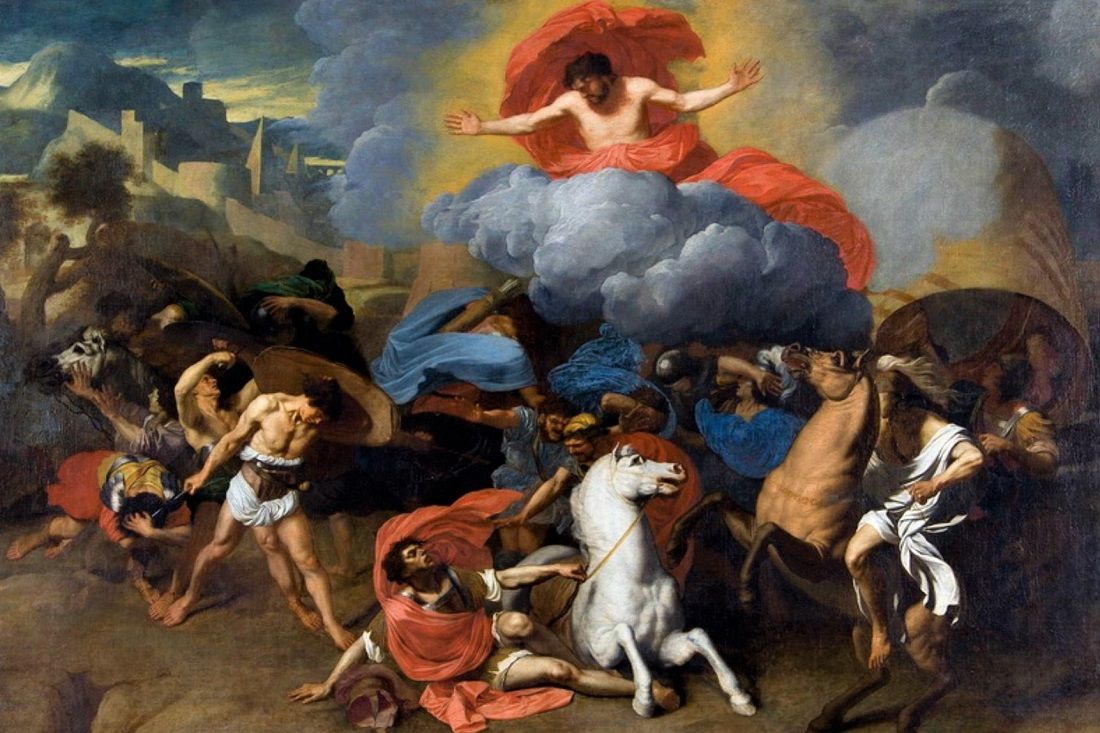 Antagonisms are what we most frequently and efficiently pass on to young people. We teach them to do what we do and to become what we model. Ideals and hopes are diverted this way or that, to this side or that side, so it seems as if the only imperative is to establish oneself, one’s faction, in opposition to others. We are so deft at these maneuvers that we almost cannot help ourselves; we do it instinctively, somewhat naturally. Surprisingly yet predictably, this same old formational screenplay is playing itself out during the preparation for the 2018 Synod of Bishops on “young people, the faith and vocational discernment.”

Ironically, antagonism and its animating spirit, the hermeneutics of suspicion, are what young people tend to despise most of all. Yet, these things are precisely what we in the Church are preparing them to assume through what we do and what we model. When the final document from the Vatican’s pre-synod meeting of 300 young people was released at the end of March, the accusatory tweets and disparaging commentaries followed in breathless pursuit.

When several weeks earlier we here at the McGrath Institute for Church Life hosted a pre-synod conference an isolated but upbraiding editorial soon slammed the whole endeavor with acerbic and misinformed vigor. For those who like to keep score, the set of critiques aimed at the pre-synod meeting came from one end of the religio-political spectrum whereas those aimed at our conference came from the opposite end.

Despite what is actually said in such an environment, the loudest proclamation is really the promotion of a particular grammar—the grammar of antagonism. It is how we prep our young people to think and judge and speak. This is what we present to them as mature discourse.

We who seek to serve the Church have become quite skilled at turning everything into controversy, casting aspersions, and discerning hidden ulterior motives. None of us wants to be duped, so we run ahead of ourselves to ferret out the devious agendas of our perceived adversaries. We make “them” into a faction and, by so doing, form a faction for ourselves.

The true practice of the Church is charity—that is, abiding together. If we do not practice being what the Church is, then we align ourselves with something other than Christ, breathing a spirit other than the one he gives. The abiding that forms the Church allows for mature dialogue and even contentious disagreements, but within the bounds of love that renders “them” and “us” as “one in Christ Jesus” (Gal 3:28).

I do not want to indulge in claiming that so-and-so did this and so-and-so did that, meaning this side stands for this and that side for that. In the end, such claims would simply be more of the same old antagonisms. But since the young people’s pre-synod document has been treated as the latest thorn that roused certain factions into action, I do want to say something about that document.

The pre-synod document is not an earth-shattering statement. There is nothing truly visionary about it. And that is fine. This does not mean that it is not helpful or that it does not contribute to the synodal process in significant ways. Pope Francis wanted to give young people themselves an opportunity to help shape the proceedings of the synod. It is tempting to think he or others had some kind of ulterior motive, or that the game was rigged from the beginning. At the risk of sounding naïve, that sounds like conspiratorial paranoia.

Maybe there is something to the suspicions—and I am well aware of the corroborating evidence out there—but what is far worse than being duped is becoming the kind of people who lose the ability to trust, to give the benefit of the doubt, to practice abiding with those who call on the same Lord.

We have to be vulnerable in order to abide together.

When the document lists the Church teachings about which there is often great disagreement among young people—e.g., contraception, abortion, homosexuality—this is not so much an argument as an observation. If we are suspicious enough, we could conclude that the document’s authors are implying that we should change Church teaching, but if we just take them at their word, we can see it as merely an observation, and a rather obvious one at that. These are things about which people disagree—even people in the Church. That does not mean that compromise is the only way; in fact, the document does not propose a way forward. It is just stating the obvious: disagreements abound.

When they write that young people want the Church to reach out to new areas in the public square where the Church is not yet very present, perhaps we could think that they are saying that the Church should just dissolve into the world. Or, to the contrary, perhaps we might risk thinking that they are asking us to find new pathways to belonging—“cultures of belonging” as John Cavadini at Notre Dame has dubbed them.

When they write that “the people are the Church, not the building,” we could seize the opportunity to disparage them. Or, we could pass on that chance and instead use the opportunity to teach how insufficient that ecclesiology is, even if not wholly fallacious. After all, young people got these ideas from somewhere.

In the end, this pre-synod document will serve its purpose not only if it gives the bishops and the rest of us helpful insight into the desires and hopes of young people, but also if it is presents occasions for teaching, sometimes for correction, and ultimately for a more adequate proclamation of the Gospel.

Even before this document from the 300 or so young people, there was an earlier preparatory document meant to guide the synodal process, which, in its own way, was as imperfect and flawed as it was helpful. At the same time, though, what that document took as its final bearing is well worth heeding. The last section of that document focuses on Mary of Nazareth, where we read the following:

The synodal process is entrusted to Mary . . . Mary, the young woman of Nazareth, who—in every stage of her existence accepted the Word, and preserved it, pondering it in her heart—was the first to fulfill this journey . . . In her eyes every young person can rediscover the beauty of discernment; in her heart every young person can experience the tenderness of intimacy and the courage of witness and mission.


We are paying far too little attention to Mary in the run-up to the synod, not just in who she is and what she represents, but in what she models. She is the one who never fails to “hear the Word of God and act on it.” She models what true vocational discernment is, and fostering the freedom, disciplines, and courage for vocational discernment is the synod’s ultimate aim.

Mary is herself impartial because she is obedient to the Word of God, her Son, who dwells and abides. She acts not only on that Word but with that Word—her manner of listening and of acting is informed by him. In her wholeheartedness, she has room for others, for all others. She does not indulge in suspicion, but exercises charity even at the expense of overturning everything by the power of mercy, which refuses to play the game by the rules of suspiciousness and antagonism. When she hears, she waits and ponders before responding. Even as she responds, she continues to ponder. She never stops pondering, keeping all things in her heart. Her way is costly, personally costly. It is the kind of cost that mothers know well. Her children may hurt her, but she will not betray them. She abides in charity.

The synod is entrusted to her. The Holy Father has entrusted young people to her. It is the task of the whole Church, therefore, to turn to Mary both to see what we are calling young people to become and to discover how we are to accompany them. (I made this argument in my lecture at the “Cultures of Formation” conference and in my book, What Matters Most.)

As the Church “accompanies” young people, we should ask them what they want, and we should listen and ponder and keep pondering. After Pope Francis asked young people, here is what they said they wanted in their pre-synod document: “We need to find attractive, coherent and authentic models. We need rational and critical explanations to complex issues—simplistic answers do not suffice.” Antagonism is not only tiring, but also much too simplistic.

The hermeneutic of suspicion is neither attractive nor coherent nor authentic. In the name of the Church we are indeed being models, but quite often of the wrong things. The young people said they “seek a Church that helps us find our vocation, in all of its senses.” Not all of them believe that sainthood is possible, and they are not to blame for that—we are. We have not done a good enough job of showing young people how to be saints. So, let us change. Let us make our approach to this particular synod cohere with what we hope to proclaim: charity, freedom, and the courage to say “yes” to the Lord who, even with all our forms of noxiousness, abides with us.

Editorial Note: During the month of April, Church Life Journal will consider the nature of the liturgical imagination in art, music, sacramental prayer, and ritual action.