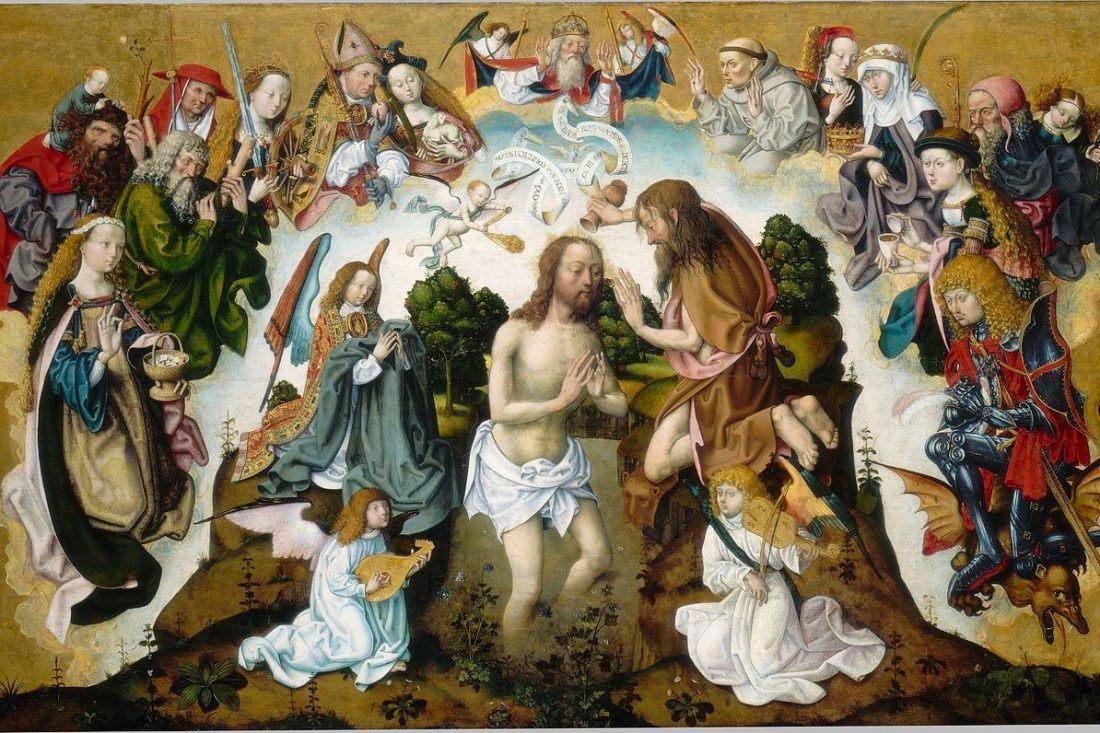 Near the conclusion of the Liturgy of the Word in the Easter Vigil, we hear in St. Paul's letter to the Romans:

Do you not know that all of us who have been baptized into Christ Jesus were baptized into his death? We were buried therefore with him by baptism into death, so that as Christ was raised from the dead by the glory of the Father, we too might walk in newness of life (Rom. 6:3-4).

St. Paul contends that baptism kills us. It ends a form of life marked by the power of sin, beginning a new mode of existence in Christ. The mind of the Christian, the nous, says Udo Schnelle in the book Apostle Paul: His Life and Theology, "cannot renew itself out of its own resources but is dependent on the initiative of God, who places the mind in his service, for which it [the mind] was originally intended" (536).

To have Christ’s mind means that one no longer operates out of the logic of the fallen person marked by an economy of scarcity. One recognizes the problem of self-actualization in the first place. No human being can actualize the self in a way that can make this self acceptable to God, fixing the problem of fallen Adam. Christian existence cannot be proclaimed through a lifestyle magazine where “we try a bit harder.” To be a Christian person means to die and rise again in Christ.

This does not mean that the Christian is merely passive. As we hear later in Romans, the Christian is “to present your bodies as a living sacrifice, holy and acceptable to God, which is your spiritual worship. Do not be conformed to this world but be transformed by the renewal of your mind, that you may prove what is the will of God, what is good and acceptable and perfect” (Rom. 12:1-2). The offering of the whole self to God as sacrificial gift is the proper posture of the Christian dead to sin but alive in Christ.

Christian existence is thus a liturgical phenomenon where rather than actualize the self, the Christian learns to give the self away in love. The liturgical self is formed through the act of oblation rather than remaining trapped in inward speculation about possibilities for improvement. In Catholicism, there is “no becoming your best self.” There is only giving up on the project of self-actualization. There is just Absolute love.

Liturgical formation in the Church is thus never complete because there is no absolute attunement of the liturgical self to such Absolute love. We turn again and again to prayer with the Psalms because we have never adequately desired God, confessed God’s grandeur, or come to terms with a mercy that rescues us from the pit of desolation. We celebrate feast after feast, again and again, because as temporal creatures there is always more of us to plunge into the mystery of divine love made manifest in Christ and his saints. We eat and drink Christ’s Body and Blood day after day, week after week, because we are likely to turn God into an idol of our own economy of scarcity rather than perceive in the Eucharistic mystery a gift that surpasses all gifts.

The liturgical imagination of the Church is thus not simply one dimension of Catholicism. Instead, it provides the form of life that makes Christian existence possible in the first place: a life in which we move away from “self-actualization” toward “self-gift.”

Mystagogical catechesis is thus not ultimately about explaining the rites of the Church per se. After all, what would be the need to continue to perform such mystagogy year-after-year? Most Christians understand the meaning of a candle, an altar, or a baptismal font. And if they do not, it would take six minutes to make this meaning clear. A chart could work.

Rather, mystagogy is a spiritual formation in which the Christian is taught to become ever-more a liturgical self. That is, the Christian learns to contemplate the liturgical practices of the Church, to let these practices become the mode through which they understand culture, education, domestic life, friendship, and virtue—everything that makes us human. It is this kind of liturgical formation that is essential to the post-modern age.

Mystagogy, for example, has something important to offer us relative to the act of dying. In modernity, dying is considered something that should be hidden from view. It is carried out in sterile hospitals. Like in Thomas Mann's novel The Magic Mountain the body is quickly whisked away moments after death because of sanitation. But for the Christian, the act of dying is a liturgical one. Even the act of death can be offered as a gift, a moment of love that reveals the beauty of an existence become sacrifice.

The worship of the Church is to become the font whereby a new humanism comes about. It is a humanism of worship where every dimension of existence can become meaningful insofar as it is offered to God: living and dying, loving and losing, being and becoming.