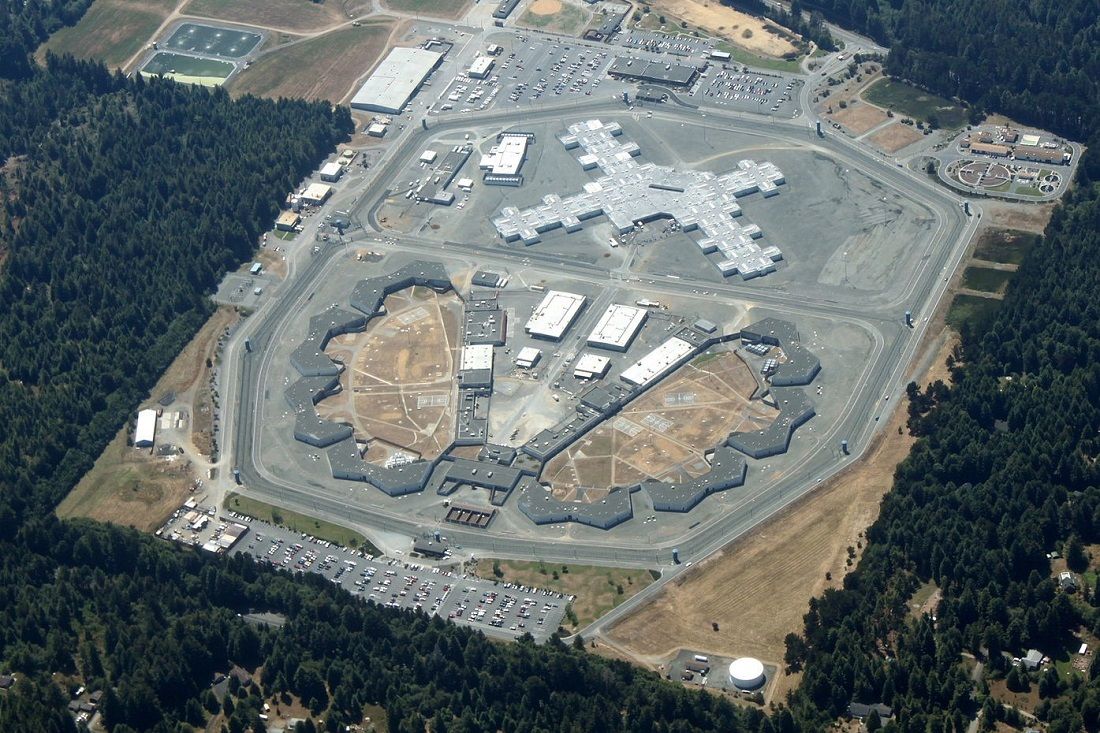 A few weeks ago my five-year-old daughter encountered poetry for the first time. I read to her a collection that had been one of my favorites, by Shel Silverstein. She was curious, sometimes perplexed, and generally enchanted by the revelation of the musicality of words and ideas. Then, we reached one poem that grabbed her like no other. She was in equal parts attracted and repulsed. She wanted me to read it over and over again. “People Zoo.”

“I’m here in a cage that is small as can be / (You can’t let wild people run around free).” The narrator was “grabbed” by animals and “locked” in a cage. Other animals walk by and stare, laugh, or harass. “Do a trick,” the animals scream, but the narrator refuses. The poem closes by extending the reader an invitation to visit this zoo—but disguised as an animal, lest the reader end up in “Cage Two.”

People kept in cages represent a world turned upside down. It was plain as day to my daughter: this is an abomination. Categories that ought to be kept separate are mixed up. For example, the zombie who is at once dead and alive, or the werewolf who is at once human and beast. Or, going further, it is like the practices of bestiality and necrophilia. The line between the human and the non-human is disregarded, and the result is an abomination.

More specifically, the result is a certain feeling that marks abomination: horror. As Halloween and Hollywood remind us, horror cuts two ways: it repulses but it also attracts. We must turn away, but we cannot turn away, even as we know we must. Sometimes one response overwhelms the other. We return to the cinema again and again, or we close our eyes and run away.

Just as anger marks our reaction to encountering a wrong and love marks our reaction to encountering the good, horror is a moral emotion marking our encounter with an abomination. Simply tracking our emotions does not tell us that much about morality. Neither anger nor love perfectly maps onto the moral universe. Frequently, we experience these feelings wildly out of proportion to the morality at play; we direct them at objects displaced from those that are morally salient; or our emotions are motivated by misperception. The same is true with moral horror: sometimes the extent of the feeling mismatches the abomination, sometimes it is displaced from some other abominable object, and sometimes we misperceive an object as abominable when it really is not. I suspect these processes of distortion are stronger in adults than in children, as the wisdom of the world becomes naturalized, securing the interests of those most invested in the world, the wealthy, and the powerful.

In short, noting a feeling of horror, like anger and love, is an occasion for moral inquiry rather than its conclusion. The feeling sets off a search for abomination, but how do we know when we have found it? What is an abomination? Rarely do we encounter the word in our ordinary lives, but it is familiar from the Bible and from post-Biblical prophetic speech. That which is unclean, in the Levitical rules, is classed as an abomination—a point the sociologist Mary Douglas has made much of, explaining the language of abomination as meant to stigmatize the crossing of socially-important category distinctions. But more generally in the Hebrew Bible abomination refers to that which runs against God, for example the end of daily sacrifice (Dan 12:11), worship of idols (2 Kgs 23:13), profaning what is supposed to be sacred (Mal 2:11), and prayer by those who disregard God’s law (Prov 28:9). From the perspective of one who lives justly, following the Lord, the one who lives unjustly is an abomination, and vice versa (Prov 29:27). Indeed, Moses describes the true God as an abomination from the perspective of the Egyptians (Exod 8:26).

While the textual issues involved here are, as always, complex, it is clear that in Scripture abomination has to do with a sharp turn away from the goodness and justice of God. The Protestant ethicist Timothy P. Jackson argues, from his reading of Scripture, that abomination can involve turning away from truth (lying), goodness (injustice), or beauty (tainted food). An abomination is stronger than just rule-breaking. It attacks the very system of rules, the very idea of justice. As Jackson puts it, “It is as though an individual wants evil to triumph in the world, as though we witness a second (and yet more Satanic) fall of humanity enacted before our eyes.” The philosopher of religion Robert Merrihew Adams extends and refines this insight that abomination attacks the sacred by focusing on the image of God in the human. We properly react with horror, tracking abomination, when we encounter attacks on the human person, such as murder, sexual violence, and dismemberment. Living in a fallen world, we can have more confidence about our judgments of abomination as they relate to attacks on the image of God in the human than we can with regard to attacks on God's self, or the very ideas of truth, goodness, and beauty.

Over the centuries, those occupying prophetic office have denounced many actions with the label of abomination. Some of these targets leverage our revulsion at (and attraction to) crossing certain categories that are socially important, in a given context, but are unrelated to God, or to the image of God in the human. Defenders of apartheid and segregation took crossing racial boundaries to be abominable, and such crossings (for example, interracial marriage) could, indeed, evoke feelings of horror among some. But these are distorted feelings, based on a distorted, indeed idolatrous, view of the image of God. They rest on the notion that full humanity is limited to a certain racial category; beyond that, the image of God in any robust sense is never to be found. More generally, the distinctions that a society maintains as its organizing principles for contingent sociological, biological, or psychological—or, most often of all, ideological—reasons are frequently sacralized, offered divine sanction, which is to say, turned into idols. Blurring these lines is then treated as abominable, when in fact the real abomination is treating secular distinctions as divine.

Attacking the image of God in the human is abominable, but this need not be a literal attack. Rather, a literal attack names but one species of the genus ‘domination,’ a broader category in which one imposes an arbitrary will on another. An individual can dominate, or a social system. The result of domination is to avert one’s eyes, to hang one’s head, to affect a servile posture. And the paradigm of domination is slavery: enslavement means, by definition, being subject to the arbitrary will of a master. The master assumes the role of God: idolatry. The role of master necessarily attacks the image of God in the enslaved: abomination.

Such stark moral facts were not always obvious. Just as human-made categories disguise themselves as divine, divinity is obscured by social conventions. At the start of the 19th century in the United States, to call slavery an abomination would have required standing well outside of the national consensus. Within a half century, it became a mainstream view in the North that slavery was an abomination. A confluence of preachers, secular and Christian, a good number of them formerly enslaved, exposed the idolatry of slavery. The myriad anti-slavery societies that sprouted furthered this work, for the practice of organizing against domination clarifies moral vision. Where moral perception had been blocked, now it became crystal-clear: no godly society could permit slavery.

When we truly believe something to be an abomination, it must be wiped out. Wrongs must be corrected; abominations must be extirpated. This imperative fueled the abolitionist movement in the 19th century, and it fuels the prison abolition movement today. When we peel away ideological obfuscations—the political rhetoric, the television shows, the doublespeak about “correction” and “rehabilitation”—what we have, in the prison, is a scene of domination. The arbitrary will of one (guard, or the class of guards, or the prison system as a whole) is being imposed on another: those incarcerated. Perversely, we respond to the harm caused by human beings who, more likely than not, have experienced dramatic attacks on their personhood already as victims of violence and of systemic oppression, by sending those human beings into a situation where they will experience even more domination. Then we somehow expect them to come out “cured.” While the statistics about incarceration rates in the US are startling, and motivate a much-needed public conversation about prison reform, we must not lose track of the horror we ought to feel when we consider the basic circumstances of the prison, and we must respond appropriately to the abomination we sense. We must demand the abolition of prisons.

Some will object that there is no necessary domination involved in the prison. If only prisons were well-run, the rules clear, the guards reasonable, the facilities clean—often Scandinavia is invoked here—then there would not be a fundamental moral problem with the prison. But this objection underestimates and mischaracterizes the power of evil in the world as it lures us to turn away from the good. Moral formation happens through participation in community practice, especially liturgical practice, through reflection on exemplars, and through contemplation. These are the most effective resources for addressing the harms that we all, by virtue of our humanity, cause. All of us tear our communities and ourselves apart. All are in need of healing. To heal through separation, to heal through severing an individual from family, community, and other essentials for flourishing, is an oxymoron. Moreover, power corrupts, pulling one away from the good. And the power over those imprisoned, as anyone who has crossed a prison threshold is aware, necessarily leads to the arbitrary exercise of the will of one over another, even if that domination is concealed under the auspices of official rationality and cleanliness.

Others will object that the presence of an abomination only provides a defeasible motivation for prison abolition. There may be good reasons to tolerate abominations, such as the abominable but justifiable deformation of the human person that occurs when a surgeon amputates a limb to save a patient from a disease. Prisons may be abominable, but they are necessary for community safety (often serial killers and child molesters are invoked here)—we must allow one abomination to prevent other abominations. But we are not merely allowing the abomination of the prison. We are promoting it (and in popular culture and politics, romanticizing it). And in the case of the very limited number of those with deeply disordered desires, we are taking the tremendously difficult task of healing, a task best addressed locally, in families, neighborhoods, and communities, and elevating it the level of the state, where rationalized violence compounds and conceals the real harm that must be addressed. As much as they have been naturalized, prisons are a specifically modern invention, a product of the secular rationality and secularized spirituality of the nation-state. As such, they obscure the genuine locus of moral authority: beyond the ways of the world, accessed in community, contemplation, and, for the faithful, worship.

Human beings are kept in cages. The thousands of people zoos littered across our landscapes are abominations. The culture that permits them, that transforms divine ideals of justice into the secular rationality of a criminal justice system, must be uprooted in order for life to flourish on earth and in order to participate in eternal life beyond.

Editorial Statement: This is the first installment of a three-part series by Villanova University faculty on the topic of slavery and incarceration. 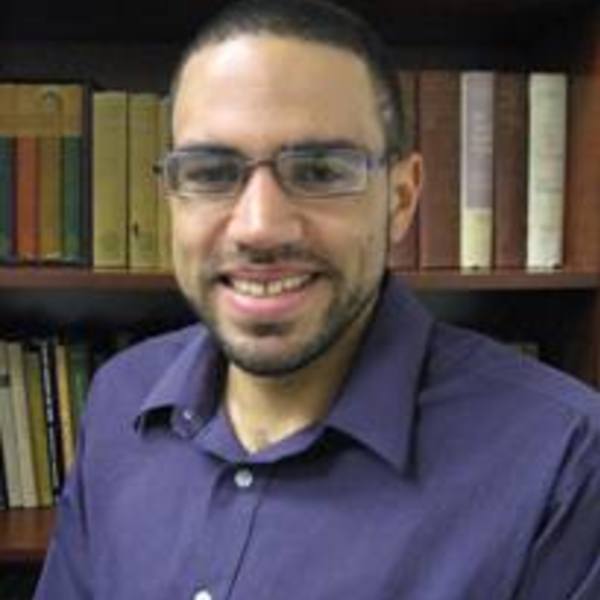 Vincent Lloyd is Associate Professor of Theology and Religious Studies at Villanova University. He is the author and co-author of several books, most recently, In Defense of Charisma.