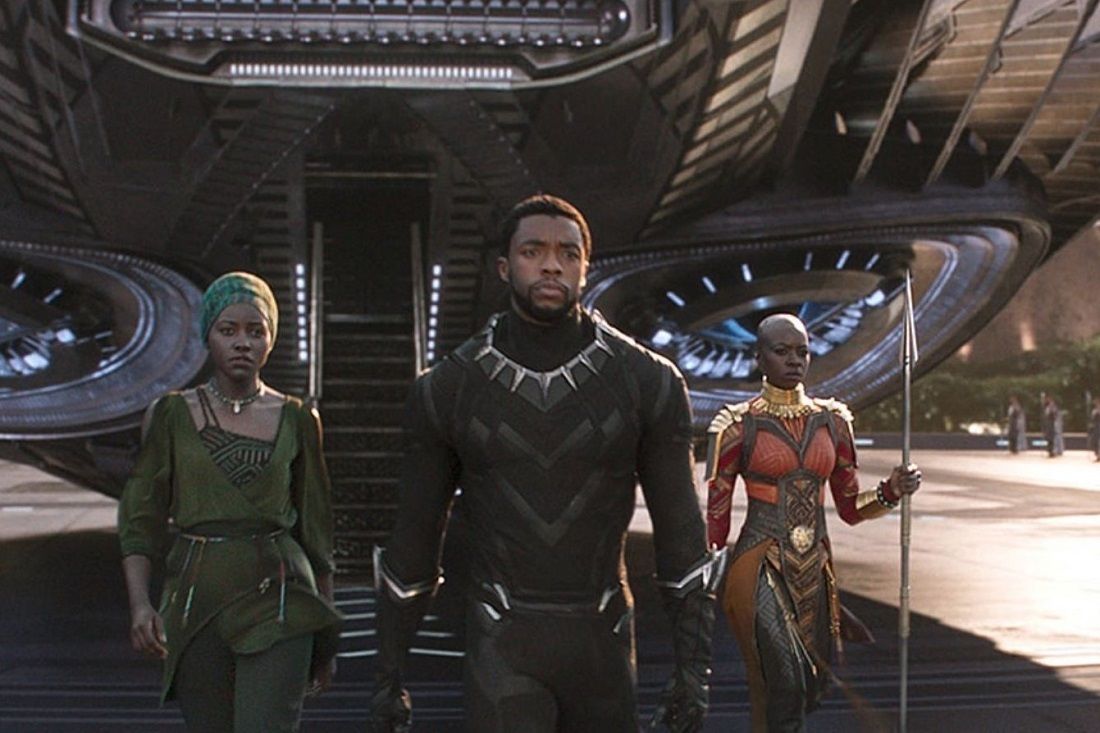 
Who is an African without ancestors? One of the great challenges of diasporic African life is a constant memory of the loss of home, lineage, and spiritual patrimony. The South African Bantu word ubuntu which translates most literally into something akin to the abstraction “humanity,” is also said to embody the proverb, “I am because we are.” Lasting effects of the Atlantic slave trade have included a cultural dislodging from a holistic worldview tied to land, language, religion, and history.

Living in culturally Western societies, whether in Europe, or Latin or North America, has meant that the cultural and aesthetic values that undergird said societies will often be neutral to the flourishing and validation of black life at times, and, at other times, actively hostile and destructive. So, when an event like the 2018 film Black Panther surfaces, the extraordinary interest it garners calls for rethinking the place of tent-pole action films as Oscar Best Picture contenders.

No single piece of black cultural production has had the sustained influence and impact on American society since the 1977 television miniseries Roots. The miniseries offered Americans a deep dive, a communal look into the history of slavery, asking “What happened?” Black Panther, as a comic book superhero film asked the question all speculative fiction poses: “What if?”


Current Black Panther and soon to be king, Prince T’Challa, stands as protector and leader of Wakanda, a small fictional east African Third World country. But Wakanda has a secret. For millions of years they have been sitting atop a vibranium mine, an alien alloy with extraordinary abilities. They keep their technologically advanced society hidden from the outside world. For 10,000 years someone, always the king or his son, has taken on the mantle of the Black Panther by ingesting the vibranium rich, heart-shaped herb. The herb gives him superhuman strength and agility. This is T’Challa’s inheritance, just like the throne.

Wakanda has preserved its peace through the centuries through isolationism, even as the rest of the continent suffered European colonization and the Atlantic slave trade. Their primary interaction with the world is through the War Dogs, an elite corps of spies who live throughout the world reporting back, keeping Wakanda’s identity concealed. A generation ago, T’Challa’s father T’Chaka exacted the ultimate punishment upon Prince N’Jobu, his brother and War Dog-turned-revolutionary who helped someone steal vibranium in order to arm African Americans for liberation. N’Jobu was survived by a young American son. T’Chaka left him there in Oakland, California, fatherless, rootless, resentful, and despairing.

In the present, after King T’Chaka has died, that adult son emerges as Erik “Killmonger” Stevens, a black ops specialists, plotting to gain entry into Wakanda, becoming a usurper and the primary villain. His royal heritage makes his claim to the throne legitimate and he apparently kills an unenhanced T’Challa in ritual combat, taking the throne.

All the while T’Challa and Killmonger have parallel stories. One had everything he could have ever needed and a father there to raise him. The other had very little and a father taken, after having loved him long enough to know what he was missing. When taking the “heart shaped herb,” T’Challa is transported to the ancestral plane where his father waits for him to offer advice and warning, “It’s hard for a good man to be a king.” Only later does T’Challa find out what his father did to keep Wakanda’s secrets.

When Killmonger takes the herb and enters the ancestral plane he reverts to the boy who lost his father, back to Oakland, back to unmourned and unresolved grief. “No tears for me?” his father, now an ancestor asks. “Everybody dies,” the young boy says, “It’s just life around here.” Older Killmonger returns and his tears are signs not just grief, but of primal wounds.

Both characters must confront loss and learn to choose a life for themselves, both with pasts where fathers occupy too much space. T’Challa only moves forward when he realizes he must forge his own path and reject at least some of what his father left him. Killmonger never moves forward.


Black Panther is most successful because of its ability to be so many things simultaneously. It is a summer blockbuster and Disney film with all the action that people come to expect from a popular culture success. It is as strong or stronger than any other Marvel film, with its characters operating with the backdrop of that cinematic universe. There is a balance between solid writing, masterful acting, superb special-effects, intoxicating (sometimes excessive) pop music-driven action, and some well-placed situational humor. Black Panther’s place in the Marvel film series also makes it impossible for white audiences to dismiss its virtually all black cast (with a strategically placed white secondary villain and a redeeming white ally) as irrelevant. White audiences surely embraced it and connected to the characters and the circumstances.

But its biggest success will continue to be its social power among black folks around the world. The power of a popular film to shift and reframe the collective consciousness is displayed here to astounding affect.

Every shot in the film is rich with meaning as it uses an Afrofuturistic aesthetic to imagine African peoples with a technological future in our world. Wakandan culture is an amalgam of real life pan-African languages, styles, and architecture. The sheer experience of seeing black people interact with one another and their environments as subjects and not as objects is exhilarating. Every set, every costume, every carefully crafted conversation between characters is designed to evoke recognition and pride among people of African descent.

This is myth-making, socially-conscious popular culture at its best. If myths are the metanarratives we tell ourselves to tap into ultimate truths, then films today are one of our primary platforms. Black Panther attends to the loss of homeland and fathers as a symbolic origin story for Black America.

The global place of African Americans as a people with a tangible relationship to the continent and the diaspora, while simultaneously having access to American money and media allows a film like this one to create an international, pan-African conversation. There is no aspect of black life this film has not touched. It is discussed at the dinner table, preached on in the pulpit, the theme of the school assembly, the subject matter of dissertations, and the new style on the street corner.


Experiences like Black Panther reminds black folk that we do have a future, because we have a past. If I were to say anything to the compelling and defiant Killmonger before he took in his last sunset over Wakanda it would be this:

You always did have a story to tell. Your ancestors never left you. The ancestors who jumped into the ocean from those ships were no more brave than the ones who survived to give birth to you and me, their greatest hope. Those ancestors deserve our veneration more than any other.


Why? Because by placing the moral and religious order of African Traditional Religions in conversation with Biblical Religion many of our ancestors fashioned for us a new African religious tradition. A tradition that called out the injustices of humanly inflicted suffering, demanding that all work to build a better Kingdom. Yet, a tradition that also maintained that no suffering—not even death from a lynching tree—could topple the spiritual power given to each of us for the liberation of the world. To say yes to that new hybrid African religious tradition is to say yes to a defiant hope that the ancestors, the grandmothers and grandfathers alike, gave birth to every time they taught us their songs. We have a past and our ancestors give us hope to build a future.


Editorial Statement: In anticipation of the 91st Academy Awards on February 24, we present a series (click here) exploring the philosophical and theological elements in each of the eight films nominated for Best Picture. We hope to convey through this series that, awards politics and Hollywood scandals aside, films are an art form, and art matters to the Christian life. It allows us to locate the narratives we see onscreen—along with the narratives of our own lives—within the context of the narrative of salvation history, of God’s love poured forth in the life, death, and resurrection of Jesus Christ.