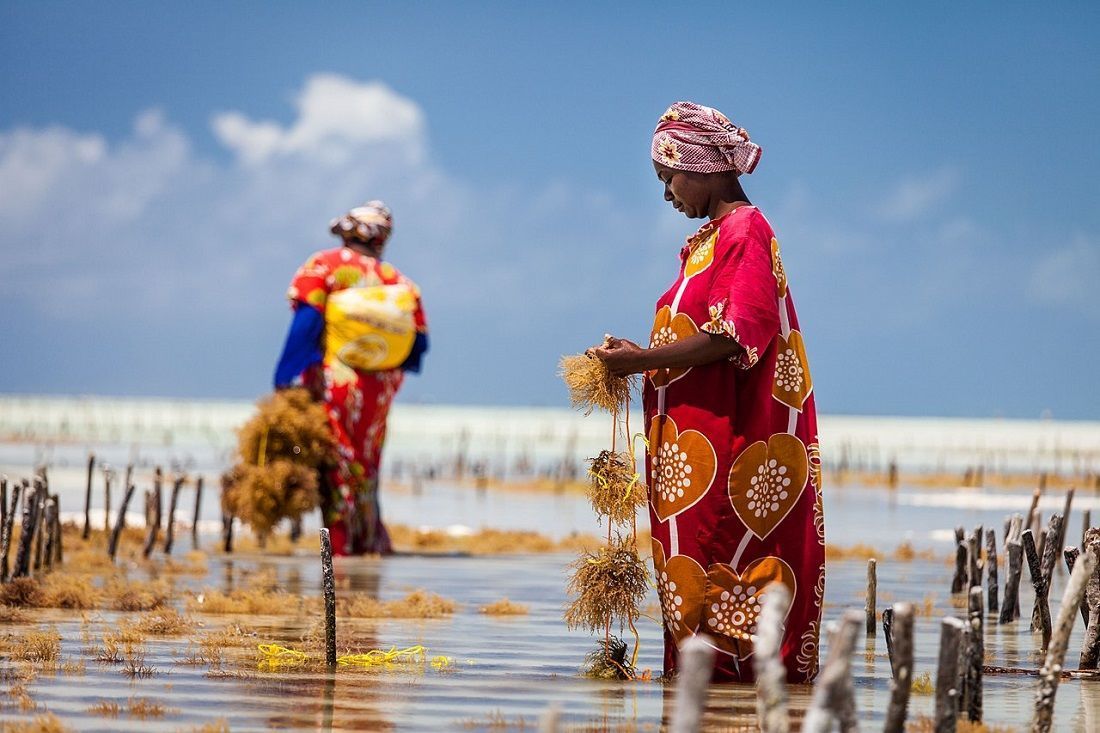 To any astute observer of Catholic social history, it should be clear that today the largest “geographical exodus” has occurred since perhaps Apostolic times. These were the times when the Catholic Church’s center moved from Jerusalem to Rome, as recorded in Acts of the Apostles (Cf. Acts 1-28). The large geographical exodus that I am alluding to here is the relocation of the Catholic Church’s center from Europe to Africa. This is not to mention the Asian and Latin American Churches, which have become the modern-day equivalent to Constantinople and Alexandria. What makes this shift so interesting from the vantage of the West is that the geographical center has gone from the “First World” to the “Third World.”

However, it also simultaneously appears that in today’s world, borders have become merely symbolic and arbitrary, pointing to nothing beyond themselves. At best, it seems that these borders are simply a relic of a colonial past in America, and an ancient cultivated narrative in Europe. Today’s world seems to be slowly converging into a “common home,” as Pope Francis and others have keenly pointed out in their global environmental concerns.

This creates something of an identity crisis on a global scale. One cannot read or watch the news without hearing about fundamental questions being raised relating to authority, morality, power and mutual responsibility. With this geographical shift—and the questions concerning nations’ borders—in mind, how do we approach moral theological questions today? How do we apply the ancient Apostolic Tradition as revealed in Acts of the Apostles while simultaneously considering the variety of traditional African moral traditions in context?

Fr. Paulinus Odozor in Morality Truly Christian, Truly African sets out to answer questions similar to these. Odozor’s volume is divided into three parts with nine total chapters that contextually engages African, Latin-Rite, and more generally Catholic understandings of ethics: the methods, foundations, approaches, practices, and theoretical frameworks that establish a theological position that is truly African within the context of Latin-Rite Catholic Moral Theology. Odozor is a Spiritan priest and an associate professor of African Studies and Moral Theology at the University of Notre Dame. He has served since 2005 as the president for the Governing Council of Spiritan International School of Theology in Attakwu, Enugu, Nigeria.

Part One of Odozor’s text is perhaps the most stimulating, inspiring, and powerful (“The Nature of African Theology”). Here Odozor provides the reader with an adequate account of what makes African theology African. It also provides key insights into the context in which African theology takes place before diving into ethical questions and answers that are rooted in context. The exploration of the African theological context in Part One raises the following questions: how do African Catholic communities make sense out of their world and receive Latin Rite Catholic traditions? In other words, how does the African Catholic community engage the Latin Rite of the Catholic tradition while remaining fully Catholic and fully African?

Odozor answers in Part One by saying that “African theology is contextual theology.” By this he means that whatever answers we give or questions we raise are always already grounded in a particular sociopolitical and cultural milieu. And this reality is both exciting and an intrinsic challenge to applying the Catholic Christian tradition, and its message of a Jewish Palestinian from over 2,000 years ago, to an African context. That being said, Odozor reminds the reader that by thinking about African theology contextually three significant attributes emerge for the Catholic Church in general:


The “African theology as contextual theology” model may assist the African Catholic community in revealing its own authentic way of being in the Catholic Church and living the Gospel. African theology as contextual theology allows for the possibility of African Catholics to be seen as fully African and fully Catholic—as the Christology of Chalcedon would put it when alluding to Christ’s nature—“without mixing, mingling, or confusion.” African theology when applied contextually, avoids the original sin of seeing Africans as “Black Europeans.” This situation is something that African-Americans have been wrestling with for centuries.

It is the challenge of what W.E.B. DuBois called the “double-consciousness” of African-Americans. African-Americans, DuBois argued, are basically on an earthly pilgrimage trying to both understand—and in some ways reconcile—how to remain fully African and fully American. How do the two sociohistorical realities learn from one another? How can both identities engage one another in context? I think the same questions are germane to the African Catholic Churches for Odozor: how do African Catholics remain fully African and fully Catholic while engaging with Latin Rite Moral Theology in the Catholic Church “without mixing, mingling, or confusion”?

According to Odozor the deep tribal and ethnic divisions in African communities are a major challenge to an African contextual theology and ethics. He discusses the colonial historical circumstances of the British and the Belgians that contributed to the fierce ethnic divisions between the Tutsis, Hutus, and the Twas. Odozor argues that the 1930’s policy of the Belgians in Rwanda planted the seeds for Tutsi supremacy in Africa. In the 18th and 19th centuries, Tutsis were associated with the Hamitic race, and the Hutus were associated with the Bantus. These identities associated with race contributed to what we see today in both Rwanda and Nigeria. And with all of this in mind, Odozor argues, Africans still maintain a real shared experience of a transcendent creator-God and a shared historical consciousness.

Odozor’s explanation of the tension within African cultures helps the reader to better answer the question, What exactly is “African” about African theology? The context. The context is what makes it radically different from European theology today. Unlike Western “foundational” theology, African Traditional Religion and African traditions still influence how African theology and ethics are understood and, consequently, how “the gospel of Jesus Christ” is lived. Put another way still, the history of Africa shapes the way it sees. The Tutsis, Hutus, and the Twas have a historical consciousness and an experience that cannot be repeated anywhere else. African history cannot repeat itself. Every single historical event, such as the history of Belgians in Rwanda, is a situation that has not occurred elsewhere before in its details.

But how can we do moral theology today? Odozor’s book reminds us that African Christian ethics and moral theology are not ontologically separate realities. On the contrary, both Christianity and African traditions are always already in dialogue to the degree that they are near one another. For Odozor it is Christianity’s gospel of Jesus Christ that engages African traditions, and by their interaction, inculturation takes place in such a way as to potentially manifest a distinct, coherent consensus on African Christian ethics. In Part 2 (“African Tradition and Traditional Religion as Foundational Issues in African Christian Theology and Ethics”) and Part 3 (“Foundations of an African Christian Theological Ethics”) Odozor provides ethnographic and historical evidence to support the claims that he makes concerning the African Traditional Religion and the agency of its people.

Odozor utilizes these historical and ethnographic accounts from African peoples, to say that a complete break with African Traditional Religion is not necessary. He discusses the debate around the Ozidi and Ogboinba Nigerian myths to reinforce his point that these stories cannot be read in isolation, but always within the context of African traditions, anthropology, and cosmology in mind. This approach allows us to better understand how many African people (and communities) think about right and wrong, good and evil, ethics and morals. It is based upon the shared African assumptions in these categories shaped by living in the world, and not in abstracting from a more shared, contextualized experience of being African in time and space.

Odozor argues that it is important to understand how African Christianity has understood those outside its fold to better understand its notion of God. His basic argument is that there are seeds of the divine in African Traditional Religion and traditions. This argument goes all the way back to Ante-Nicene theologians such as Origen of Alexandria, Clement of Alexandria, and Justin Martyr. The point he is trying to make can be summarized as: “African religion is the culture and the culture is religious.” What Odozor is not willing to sacrifice is the uniqueness of the Gospel of Christianity in its engagement with African Traditional Religion.

In other words, when this particular Jew, Jesus of Nazareth, says that he is the way, the truth, and the life (John 14:6), this phrase, within the context of the historical Catholic Christian experience, has universal significance. With this statement Christianity is making an assertion that places itself in a privileged position. At the same time, however, this does not mean for Odozor that African Traditional Religion does not have seeds of God within it.

Odozor is critical of these misunderstandings of African Traditional Religion among African scholars, Protestant scholars, and Catholic scholars as diverse as Karl Barth, Karl Rahner, John Hick, Benezet Bujo, Kwame Bediako, and Paul Tillich. What all of these diverse thinkers have in common is a lack of historical theological consciousness and a lack of an adequate understanding of African Traditional Religion. Put simply, they all disregard both history and context for abstractions outside of the concrete communities where these experiences have revealed themselves.

This is perhaps one of Odozor’s greatest insights and challenges: he reminds “the West” that “no one speaks from nowhere.” The Enlightenment fantasy of an absolutely neutral position should be rejected in full if one wants to see an authentic engagement between Christianity and African Traditional Religion, which would make possible an African Christian ethics, morality and theology rooted in the Church. For Odozor, these distinctions that we tend to make in the West of ethics, morality and theology are relative. For instance, if one were to do a historical genealogy of the contextual foundations of “secular western ethics,” what would we find?

My hypothesis is that we would find both European Traditional Religion, European myths, morality and ethics. Then we would come to the realization that these categories intersect in ways that are beyond our present awareness. But we would also see the ways that these diverse worldviews cannot logically or coherently be put together. This is why the Magisterium of the Catholic Church is so important for Odozor: it helps to adjudicate the dialogue within the community, as seen in the African synodal structure, in ways that point towards Christ as its primary foundation. Odozor uses the two Synods of the African Bishops for Africa and the apostolic exhortation Africae Munus as good examples of what inculturation looks like when applied to African moral theology and ethical questions that emerge within the life of the African church.

Overall, Odozor’s work is profound, and should be read by anyone who wants to better understand the dynamism and complexity that is the Catholic Church in Africa.

Editorial Note: This is a review Fr. Paulinus Odozor's book Morality Truly Christian, Truly African (University of Notre Dame Press) which you can preview in the excerpt, "The Essence of African Traditional Religion." 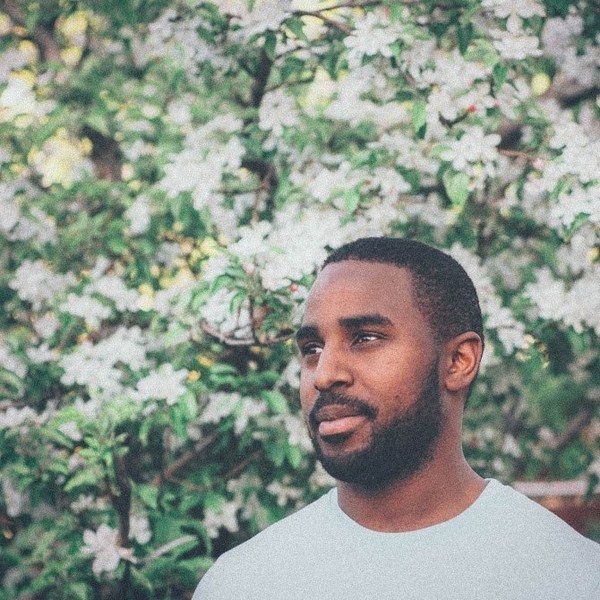 Isaiah Jones is a PhD candidate in Utah State University’s Department of Education in Cultural Studies. His current research interests include black history, race critical theory, and social studies.  He is currently working with a research team from the Utah State University School of Teacher Education on why teachers of Color leave the teaching profession.