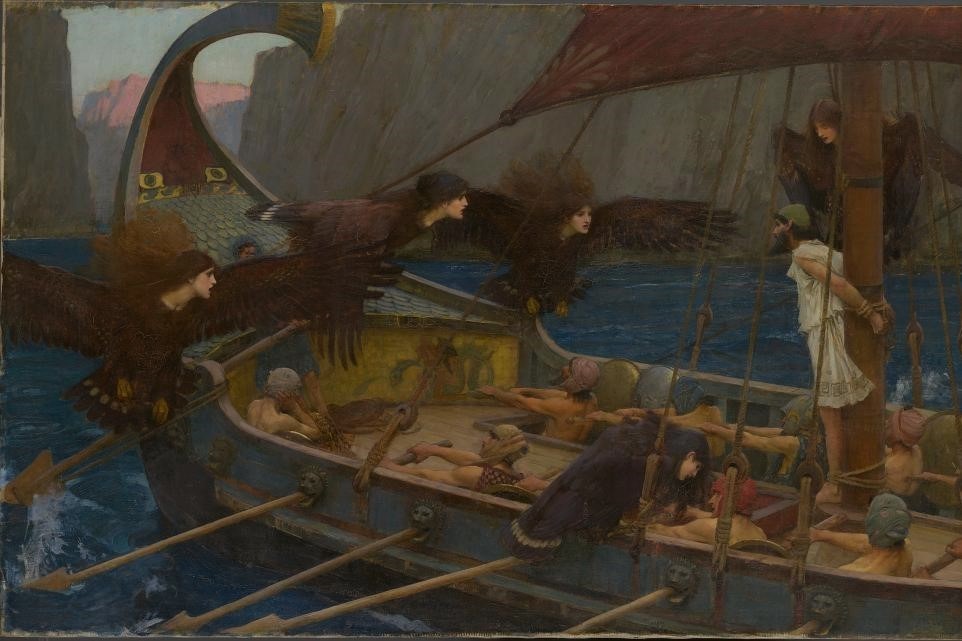 On February 1, 1950, just in time for Commencement Day, the eminent German philosopher Josef Pieper arrived on the University of Notre Dame campus. It was his first visit to the U.S., having finally been recruited by Waldemar Gurian (founder of the University’s notable Review of Politics) to teach for the spring semester. The speaker for the day’s ceremony, as Pieper notes in the recently published second volume of his memoirs, Not Yet the Twilight, was the young Congressman John F. Kennedy, whom he thought somewhat resembled Charles Lindbergh.

In fact, two years before, Gurian had asked a Notre Dame colleague travelling in Germany to meet briefly with Pieper in hopes of encouraging him to come to South Bend. He got a message back saying “Nice man but doesn’t speak English.” Two years later, Pieper was successfully—if sometimes haltingly—lecturing to his American students in English.

Before his arrival, however, Pieper had been cautioned by Gurian: “Theology, above all, is missing at this University; there is hardly any real philosophizing, and there is nothing of the Muses.”

Except, Gurian added, at neighboring St. Mary’s College, where the president was Sister Madeleva Wolff, a graduate of Oxford, a U.C. Berkeley PhD, and a friendly correspondent with C.S. Lewis, whose The Problem of Pain Pieper translated into German. In a 1934 letter, as Pieper records, Lewis cautioned Sister Madeleva, “Be careful of people whose hobby is what they call ‘New Scholasticism.’”

Despite his reputation as an outstanding exponent of St. Thomas, Pieper apparently had similar reservations about what we might call “movement Thomism”:

Not only did the teaching at the University of Notre Dame seem to be influenced by . . . rationalistic school-book Thomism, but . . . discussions among colleagues in the subject area were as well . . . Again and again I was asked what “school” I came from; and they expected that I would say: from Louvain, from Freiburg in Switzerland, from “Laval” in Quebec. But I came from nowhere; and orthodoxy of the schools in the area of philosophy was an idea completely unfamiliar to me.

In talks around the U.S. during this period, Pieper often spoke to sizable audiences on “the relevance of St. Thomas”, part of which he claimed lay in the fact that there could not legitimately be a “Thomism.” Indeed, he suggested:

It was, firstly, not only an error, but a falsification to call an “Aristotelian and Thomistic philosophy” separated from theology a philosophical world view of Thomas Aquinas; and secondly, that Thomas does not express himself in artificial “terminology” but in “language” which is alive and has a liquid clarity; because of that, it was impossible to bring what he says about the world into the form of a closed system of propositions.

It was almost heresy for some of my faculty colleagues when I stubbornly spoke about the element of philosophia negativa, without which, I maintained, understanding Thomas Aquinas (for example) was not possible. “The essence of things is unknown to us”—this sentence could not really be found in any “Thomist” compendium; but in Thomas himself it comes up dozens of times.”

To Pieper’s further surprise, he discovered that (as Gurian had hinted) in American Catholic universities, theology was scarcely taught at all—only in the seminaries. “The almost lethal crisis of American Catholicism after the Second Vatican Council, I was convinced, consisted mainly in the absence of a living theology in the universities.”

Pieper’s American sojourn in 1950 was also an opportunity to familiarize himself with another, peculiarly American phenomenon, the rise of the “Great Books” approach to classic European humanism. His American publisher, Henry Regnery, arranged for Pieper a meeting with the chancellor of the University of Chicago, Robert Maynard Hutchins, known for his ability to raise tens of millions of dollars so that (as the joke later went) Jewish professors could teach Catholic theology to Protestant undergrads. (Hutchins’s partner in launching the Great Books initiative was Mortimer Adler: for a wonderfully jaundiced, indeed hilarious obituary of Adler and the Great Books program, see here.)

Rather than the older administrator Pieper was expecting, Hutchins turned out to be “a tanned sportsman with a spring in his step,” as well as (reportedly) the “best-hated” university president in the country. Hutchins once defined the average American college as “an establishment which serves to make life pleasant for young people who do not belong there.”

The chancellor gave Pieper a pleasant, energetic conversation in which Pieper attempted to pose questions such as “What is a ‘great book’? What’s the difference between that and a merely successful book? How does one manage to develop space for contemplation in a world dominated by business?”

With perhaps just a touch of Cold War caution, Hutchins replied by referring to his university’s newly-formed Committee on Social Thought. Pieper comments, “I had already heard this nebulous name at Notre Dame and asked what it was about. Hutchins laughed; the opaqueness was on purpose. It was only by doing this that the undertaking could be protected  from the public at large and that of the university.”

Both his memoirs and his writings reveal Pieper as an unlikely recruit for today’s partisans of virtue-cratic Western Civ programs, despite his adoption by various such cultural groups. His understanding of culture, as described in works such as his Leisure, the Basis of Culture, is grounded in an older kind of European Christian humanism as well as in great openness to the world, rather than a defensive revanchisme.

In his role as a “theological outsider” (i.e., a non-academic), Pieper resembles great earlier figures such as Theodor Haecker and Romano Guardini, similarly choosing to work within a wider and freer cultural framework than most of his academic colleagues.

An example: his engagement with the tradition of Plato, Augustine and Thomas led him to argue for a contrarian, non-systematic approach to all three, as when he elaborates the significance of St. Thomas’s deliberate act of falling silent when he ceased to write near the end of his life. “This means,” Pieper writes, “that the fragmentary character of the Summa Theologica is an inherent part of its statement.” To some, this sounds a bit too existential but we forget Pieper’s frequent mentions of figures like Heidegger, Ernst Bloch, Jean-Paul Sartre, Gabriel Marcel, Simone Weil, and Martin Buber. Yet, I think his approach is well-grounded.

Beyond his books dealing with Thomas, Pieper surely deserves more recognition for the brilliance of his writings on Plato and Greek culture, as well as for his attempt to argue for a revitalized humanistic approach to philosophy. For classically-minded readers such as myself, this brings to mind his lifelong and luminous project—one whose scope perhaps came close to that of his work on Thomas—of recovering Plato’s thought for its archetypal sense of the nature of philosophy and of metanoia, a concept which Pieper associated closely with Christian conversion. For example, in his Enthusiasm and Divine Madness, an extraordinary reading of Plato’s Phaedrus.

Then where might Pieper be placed in terms of his socioeconomic ideas? Granted, he (like C.S. Lewis, for example) nowhere offers explicit views on political or economic matters—with a few exceptions. Pieper notes in the final section of his Leisure that the early socialist Proudhon “gets very near to the heart of the matter” in his notion of a “theory of rest.” Similarly, in the same section, Pieper contrasts Stalin’s announced goal of making all men into proletarians with the vision of the encyclical Quadragesimo Anno, which has as one of its aims deproletarianizing the masses via a living wage. More pointedly, Pieper stresses that:

Leisure cannot be achieved at all when it is sought as a means to an end, even though that end be “the salvation of Western civilization.” Celebration of God in worship cannot be done unless it is done for its own sake . . . There can be no question of founding a religion or instituting a religious cultus.

Recalling what he describes as a state resembling that of Platonic theia mania (divine madness), he offers a hope that in the celebration of the Christian cult, we may be “transported out of the weariness of daily labour into an unending holiday, carried away out of the straitness of the workaday world into the heart of the universe.”

As his memoir Not Yet the Twilight indicates, Pieper was both a deeply European figure, a Christian humanist in the mold of Erasmus, but also a man fascinated by world culture. His visit to the Kali Temple in Calcutta, the Aztec and Mayan monuments in Mexico, a Noh play in Japan—all evoke from him curious, appreciative commentary.

He embodied his own definition of the true teacher and his twofold task: “To reflect the totality of truth and, in a constantly inquiring meditation, to discover and point out wherein lies the relevance of truth to his own time.” 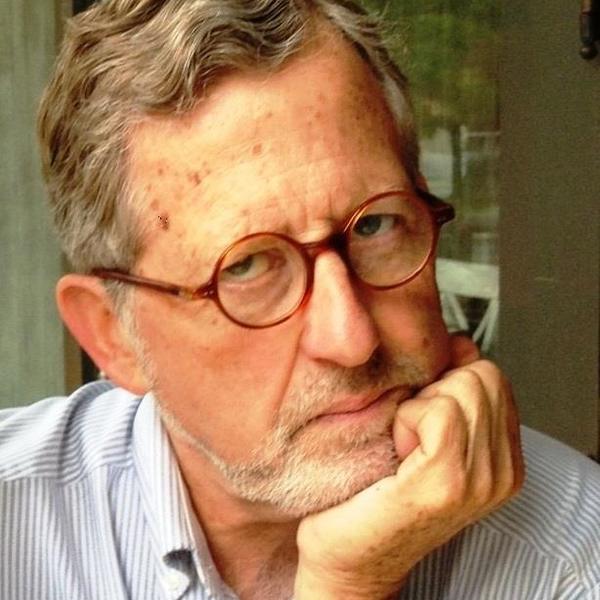