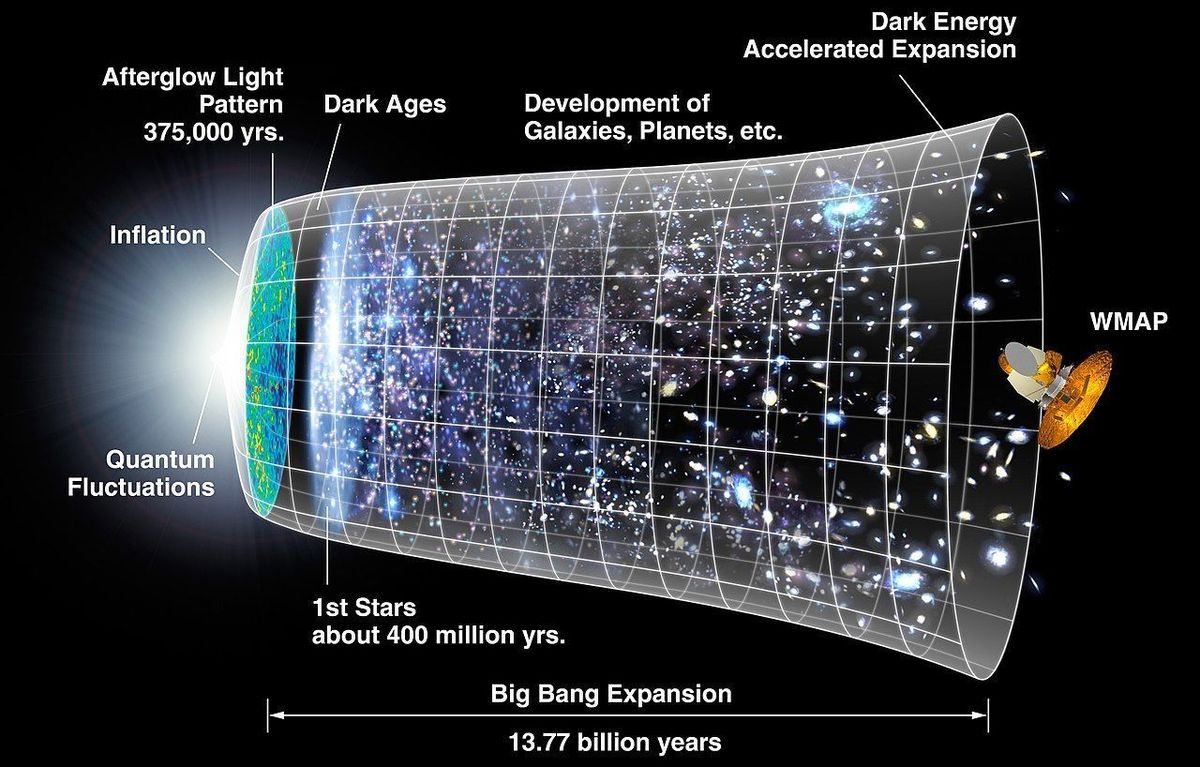 I have a confession to make: I used to be a creationist. This probably sounds absurd, especially coming from a student at a university which prides itself on its commitment to faith and reason—a university which was even home to one of the first Catholic defenders of scientific evolution—Fr. John Zahm.

It will most likely sound even more absurd when I tell you that I am now making faith and reason my life’s work by studying theology, philosophy, and physics. I have quite clearly come a long way from thinking that science and religion do not work together, and would consider myself the better for it.

Nonetheless, I am incredibly grateful for the time that I spent holding the opinion that we have to take the book of Genesis to its literal extremes, and thus that evolution just had to be wrong. It helped me identify one of the central aspects of the science and religion debate: science and religion are not at odds with each other if you recognize that science does not have to be a means of explaining God away, or, of making Him unnecessary. Science is ultimately a search to understand how God has made the world work.

Looking back on my childhood, the fact that I came to hold creationist viewpoints is not very surprising. I came from a Catholic family in which God was absolutely the center, but, at the same time, I attended a Protestant elementary school that made it clear that science, especially in the form of evolution, was an attack on the existence of God. Since God was most important to me, evolution had to go out the window. This manifested itself quite clearly during my freshman year of Catholic high school, when I spent an entire class period arguing with my teacher about evolution.

I realize now that what I objected to was an evolution that was used to take God completely out of the picture: evolution used to explain human origins without the influence or even the possibility of God, and used to eliminate God’s role in providentially guiding his creation. And, because I did not know that this did not mean that I had to take the first two chapters of Genesis literally, I reached back and defended what I thought was the only way to maintain the existence of God.

My creationist tendencies faded over the course of high school, and my love for both science and theology grew tremendously. A more in-depth study of evolution and faith has helped me to discover that Catholic intellectuals have done a laudable job of expressing not only how evolution and belief in the existence of God are not incompatible, but also how evolution is even capable of defending orthodox Catholic views on the freedom of creation.

By my senior year of high school, I recognized that today’s science and religion debate does not so much hinge on biology, as it does on physics. The scientists that make the news are the ones that claim physics says God does not exist. Today, we deal seriously with what Pope St. John Paul II discusses in his encyclical Fides et Ratio as “scientism.” He writes,

Scientism consigns all that has to do with the question of the meaning of life to the realm of the irrational or imaginary . . . This leads to the impoverishment of human thought, which no longer addresses the ultimate problems which the human being, as the animal rationale, has pondered constantly from the beginning of time (Fides et Ratio, §88).

This is a dangerous and unnecessary mentality, one that I am very passionate about addressing. And so, here I am studying theology, philosophy, and physics at Notre Dame.

My story is perhaps emblematic of a much more serious problem in education today, especially in Catholic high schools and universities. The science and religion conundrum can take two typical routes.

The first is that science is taught very rigorously, while theology is watered down to a misinterpretation of Vatican II, which does not get much further than “God loves you” in the most superficial sense. In this case students are never exposed to the theological and philosophical sophistication of Catholicism, and so they do not take it seriously, as they do science.

The second is that theology and science are taught equally well, but that there is never any discussion of their complementarity. In this case, again, students must make a choice of one over the other. Communicating a proper understanding of the relationship between science and religion could do so much to keep people from leaving the faith.

Thus, in this four-part article series I explore some of the broader headings in the science and religion, plus, faith and reason, debates. It is my hope to dispel false controversy and provide readers with arguments that they can use to refute some common misconceptions.

For example, something that can be confusing in this discussion is that the terms “reason” and “science” are thrown around as if they are interchangeable when this is not always the case. People will often claim that there is a real disparity between faith and reason, and when they say “reason,” they intend to say “science.” However, science itself is not what defines reason—instead, the scientific method is a particular form of reasoning that happens to be inductive.

This means that the claim that something is true “because science tells us it is” is not by itself valid. It presupposes a philosophical claim, namely, that inductive reasoning is a reliable method of determining what is true in the world. If there could be any disparity or conflict at all, it would be between faith and philosophy (reason), and not directly between faith and “science,” which is only a particular application of reason. The real debate lies in discovering the relationship between faith and philosophy and what implications and value scientific discovery has for philosophical thought.

One of the beauties of the relationship between science and religion is that while the truth of the faith is not determined by the discoveries of science, which are constantly changing, one can see how science will ultimately exhibit a great harmony with Catholic truths. In a discussion of the Big Bang, Stephen Barr writes that due to intense radiation at the beginning of the universe, “It now appears that the biblical chronology was quite right . . . Light indeed existed virtually from the beginning.”[1] This demonstrates a great irony. Namely, the best way for the fundamentalist to defend a literal interpretation of Genesis is to appeal to the science that he or she rejects.  Science, if done correctly, is not a threat to faith. There is a natural unity of faith and reason, because truth does not contradict truth.

Featured Image: A representation of the evolution of the universe over 13.77 billion years; Source: Wikimedia Commons, PD-NASA.