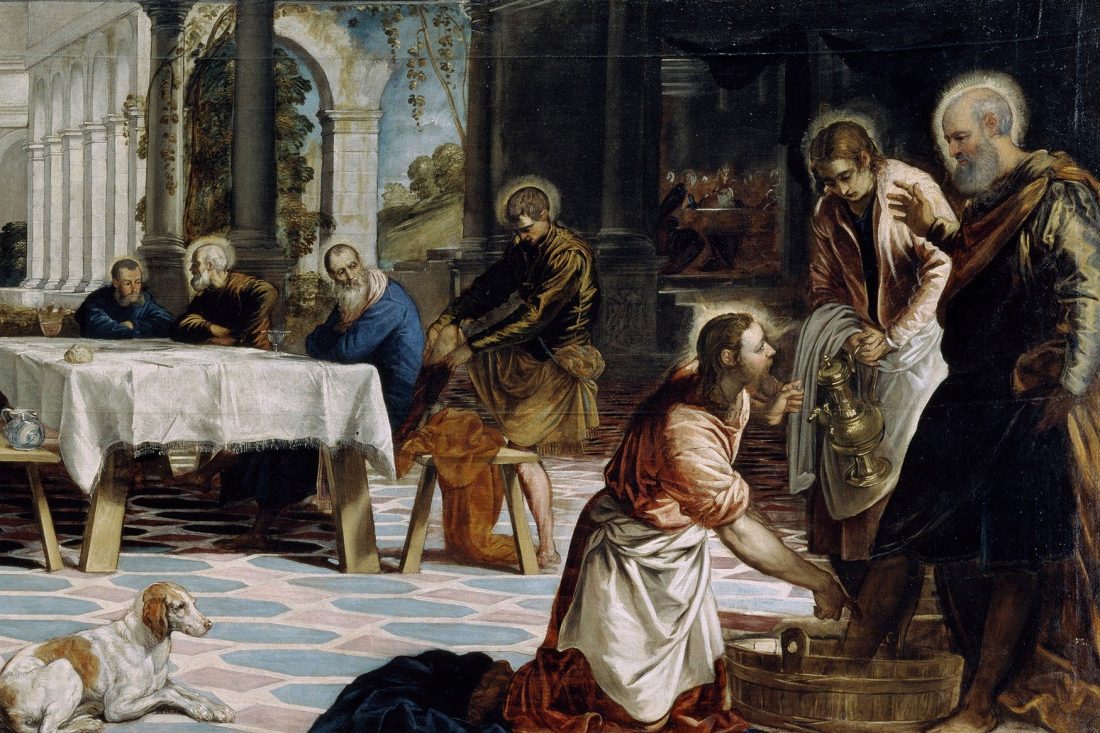 Deus Caritas Est is in my opinion one of the greatest encyclicals ever written. It is both foundational and regulative for all of Benedict XVI’s encyclicals. This is no less true of Caritas in Veritate than it is of Spe Salvi.*

If one had to summarize Deus Caritas Est, one would have to say at least the following. The God of Christian faith is the God witnessed to by Scripture and definitively disclosed in the Incarnation, Passion, Death, and Resurrection of Christ. This is God as the God of Love. This is the God who creates, redeems, and sanctifies, and who mysteriously desires fellowship with us. In line with the Gospel of John, in terms of Love this is God of pure agape, that is, the God of purely disinterested love. God does not make a profit in and through his relations to the world and human being. Certainly, God does not become more God in and through relations that he establishes with the world and with us as the Idealists would imagine.

At the same time, the vision of Christian faith is also of a God passionately interested in how it goes with the world and human beings. In this sense, the God revealed to us is a God of eros as well as agape. And we can say that this eros or interest extends, as Augustine thought it did, to each human being. Each human being—each member of the human family—each son and daughter of Adam—is unconditionally loved by God and loved as unique. Being loved by God produces a demand and a command: a demand to love God, who, however, can be loved only in our free response and pledge to him; a command to love the neighbor on the grounds that failure to love the neighbor is tantamount to failure to love God who unconditionally loves the neighbor.

For Benedict, Christian vision is basic. Without a sense of who God is and what our proper relations and obligations towards God are, it is impossible to speak of Christian action. Actions find their coherence in the regulative vision. That is, actions become in the full sense Christian actions insofar as they proceed organically from a regulating and coordinating vision. At the same time, however, just as actions without vision are blind, vision without actions is empty. Even as practices such as liturgy and charity enact a particular vision with God as its horizon and Christ as its disclosive center, practices concretize and actualize this vision which is always intended to form a life in the manner or after the manner of Christ.

It is against this portrait of Christian vision and its relation to action that Benedict insists that charity is always in excess of justice. Justice—at least as justice has come to be understood in the light of modern reason, as animated by issues of fairness and equality—operates within a universal register; whereas, in contrast, the practices and acts of charity operate according to the scale of the “person,” where the issue is not primarily the tending to material wants—though these too fall within the economy of love—but the whole person. Put another way, the practice of charity has as its goal the witness that the poor, sick, old, or inconvenient individual of limited or zero social value has been established as infinitely lovable in and through the unconditional love of God, now revealed to be uniquely specifiable in the disclosure of divine love in Christ.

What the phenomenologist Emmanuel Levinas places within the order of “First Philosophy” is placed by Benedict in the order of faith. Each individual—saint or sinner—is thereby to be valued infinitely as a work of God to whom God remains faithful in infinite concern and welcoming. Or to use a short-hand: each individual—whatever their circumstances—is to be infinitely valued as gift. Gift goes all the way down such that it makes idle questions of what the self is in itself outside the economy of gift. If I read him aright, for Benedict, from a Christian perspective, in the end nothing can fall outside the economy of gift.

Human dignity and the limits of reason

The issue here about the parameters within which “human dignity” can be defined in the philosophical arena has proven to be a vexed one. Some Catholic philosophers—such as Robert George and Alasdair MacIntyre—think the term is “fuzzy” and does not sufficiently discriminate between Kantian and Thomistic morality. In contrast, other Catholic thinkers—most notably John Paul II—essentially refuse to draw a hard and fast contrast between Kantian forms of dignity and Thomist reflection on the human being’s final end.

Although I am not sure that John Paul II ever addresses the point head on, I think two reasons can be adduced for this. First, the personalism of John Paul II tends to intermediate between the two would-be rival schemes, since both insist on the ineluctable value of individuals no matter what their socially ascribed value. Second, the differences between the two schemes can and should be relativized, given the pragmatic concern to articulate a view of the self and the self in relation that can stand up to the anthropological reductions of the modern period, which sees individuals mainly in terms of their use and their relative replaceability or irreplaceability. Benedict XVI has nothing significant to add about the philosophical proprieties when it comes to the credits and debits of subscribing to the locution of “human dignity,” and largely follows John Paul II.

As Deus Caritas Est makes abundantly clear, Benedict is far more interested in underscoring that 1) reason alone—however ample—cannot provide an exhaustive account of human dignity, and that the supplement of revelation is truly decisive towards this end; 2) at the same time, in his genealogy of modernity Benedict’s diagnostic is that reason seems to have given up the ghost when it comes to offering a metaphysical view of the self.

His ruminations in his important essay on Fides et Ratio are foundational here. As we have seen, Benedict’s dealing with the matter makes it clear that he thinks the Catholic philosophical tradition has sponsored fuller views of the self. To this we can add that Benedict XVI has generated more satisfying views of the operation of conscience, as well as suggesting that revelation and doctrines, certainly the doctrine of creation and doctrine of last things (which puts a definitive seal on life’s journey in terms of the use of freedom and the good and evil that a human being has wrought) represent “true” perspectives on the self. A student of Augustine and Bonaventure, it should not come as a surprise that the hinge of a theology of gift is the revelation of God in the crucified one who spends all.

*This article is an excerpt of a longer essay on Benedict XVI and human dignity, which will be featured in a forthcoming publication of Church Life Journal.