People, afflicted with an incomprehensible distress,
Were throwing off their clothes on the piazzas so that nakedness might call
For judgment.
But in vain they were longing after horror, pity, and anger.
—Czeslaw Milosz, "Oeconomia Divina," New and Collected Poems

The human mind can get used to anything, and can see whatever it decides to see, if it is tired enough, and motivated enough to leave things lay.

I remember waking up at the crack of dawn to go play summer basketball as a high-schooler. In the pinched-cheek light, we dragged our heavy legs into some 90’s transport device, and stared blankly, sleepily out the window across the street. My buddy, who had spent the night with us to set out on the early trip, had his eyes fall on his SUV across the way. “Look at that,” he said, “some crazy dog is sleeping on the hood of my car.”

Through the sliver of our puffy eyelids, our gaze rested on the seemingly slumbering canine, and for what seemed like anywhere between 15 minutes to an hour (so perhaps 2 minutes in real time) we all looked upon the pooch’s form upon the hood of an SUV, and just mutually believed the dog was sleeping, that somehow this lab-looking black mutt had managed the effort to be elevated a good three to four feet off the ground for his evening snooze.

Practically in unison, we all realized that some ne’er-do-well had thrown a dead dog up on my buddy’s vehicle in the middle of the night as a morbid prank. And again, pretty much out of it in terms of waking life, we drove off, surmising there was nothing we could do for the poor thing until we got back and had time to figure out a better plan.

Of course, not ten minutes down the road we realized that this was July—in southern Kansas—and we were looking at yet another day of full on triple digit heat to roast the dog carcass on my pals metal truck hood, and we were likely to come home to either seared or exploded dog guts to clean up from the surrounding area. Lucky for us, and the dignity of the poor pooch’s remains, we had perhaps the county’s first cell phone, because my dad’s work gave him one. We called my friend’s dad to dispose of the dog’s remains so we would not have to turn around from our journey, and off we went to play in a basketball tournament, and off the dog went to his resting place.

But funny enough, it’s not the dead dog that surprises me about that incident (if you live around enough rowdy, not-quite-right-in-the-head farm kids, you can get used to that sort of thing, believe me). Instead, what sticks with me is that frozen moment in time where, because of our drowsiness, the dog looked like he was asleep to all of us, as if the sheer inertia of our slumber, and our intense devotion to not moving the warped reality in front of us, conspired to create a new scene. But it wasn’t that we saw something that was not there—I didn’t mis-imagine what the splayed corpse looked like or anything—it’s just in my mind that seemed like a perfectly reasonable way for a dog to catch some Z’s, up on what must have already been a hot metal car hood, legs akimbo, not moving a muscle.

I can only assume it is this force of invincible drowsiness that explains the exceedingly monumental lengths people will go to delude themselves.

I often kid that adult males will harbor a secret “fact” in their hearts that, well into their 30s and past several decades of pounds that would warrant being called “in shape,” if they just hunkered down and got to it, they could “play professional sports” if they really wanted to. And I am sure that adult women are able to delude themselves about the ravages of time as well, but I do not know them in such an interior manner as to comment on them. But these silly examples belie an even deeper and more somber fact that, out of sheer devotion to the inertia of things, we will force the images our eyes feed us to conform to some easier explanation, some smoother morsel to swallow, some sweeter food to digest. The manifestations of this truth are myriad.

But perhaps the deepest delusion we nurse with this drowsiness is a theological one at heart, one that I know many people will disagree with me in a fundamental way. You see, people look to the Old Testament, and in a hip nod to the Marcionite in all of us, assume that the God “back then” was brutal, stern, even jealous, and concerned alone with “justice.” They contrast this nascent Gnosticism with a New Testament vision of God that is only loving, only merciful, only kind.

Now I am not here to rehearse the obvious claims that complicate this picture—the Old Testament scenes of the “mother hen” God, or the New Testament Jesus wrathfully whipping some folks that deserved it. No, my point is more fundamental.

You see, God in the Old Testament honestly intervenes in the life of his people far, far more. It is unavoidable to see it that way. Say what you will about relative meanness, whether God was gruff because ancient people were as well, or even more far flung theories about anthropomorphism, what I am concerned with is the fact that God was up in Israel’s grill far more in those times. He gave hundreds of rules. He checked up on them all the time. He sent punishments and (more rare, but not due to a fault of his) rewards to guide the people along the path. When they “earned” things as harsh as even exile, he would bring them back and start the process again. Always willing to point out their flaws. Always willing to remind them of where they must go.

Few people would argue against saying that with Jesus Christ, God has truly become God With Us (Emmanuel), that he showed us the way in the most intimate fashion possible—by becoming one of us. His death and Resurrection demonstrate for us the never extinguished depths of God’s love. The boundless glory of His love song to humanity is undeniable.

But afterward? I don’t think any Christian would deny that God is still involved with the affairs of this odd creation of his. But if it seems the case that God directly intervenes less now than he did in the Old Testament (and I know he individually does so, but I mean at the communal, Prophets-are-letting-us-know level), I don’t see how that is more “merciful.” I don’t think it is unjust—but not intervening is not necessarily an indication that God is all of the sudden being “nice.”

You see, a very well-reasoned line in Western Philosophy points out that the worse punishment anyone can inflict on someone is to leave them be in their wickedness. For Socrates, that is why he would rather have an injustice inflicted on him than ever be allowed to perpetuate one and go unpunished. For Aristotle, it was the very basis of law, that people should not be left completely alone in their vice. Boethius, in his Consolation of Philosophy makes this point perhaps most powerfully, that the wicked, when left to their own devices, are the most unhappy of men because they can never get what they want—happiness—because their actions lead away from what truly makes man happy. And thus says Boethius, in prison unjustly awaiting the death penalty, the worse prison is the wicked man left uncorrected.

But this is not just the mere ponderings of a bunch of Greek philosophers. St. Paul himself posits this to the Corinthian Church as a directive of discipline, that someone who persists in their wickedness should be “handed over to Satan,” so that in the destruction of his body, his soul may be saved. To the Romans, he claims that God himself has given the gentiles over to their wicked desires and depraved minds, not to “set them up” for some future punishment, like a cop placing drugs at a crime scene. No, for Paul, this handing over is punishment enough, with the hope being that, mired in their own filth, they will turn away from it to the good.

I don’t want to get lost in the weeds here—the surprising implications of this is that there is an entire forest that we are missing for the sake of a tree or two. It is true that God is merciful, but, according to the Bible, God is merciful even when he punishes, because his goal is to draw back what is lost. It is true that in Jesus God has uniquely and surprisingly and astoundingly reached out to save what was lost. But he did this offering us not an easy path, but a Cross. Not a wide path, but a narrow one.

What I guess I am saying is that though this is the age of mercy, it is also the age of the greatest punishment, because by leaving humans to “sin boldly,” God is demonstrating not a reserve of wrath, but perhaps the penultimate punishment he can mete out. He is not all the sudden the cool Granddad that lets things slide, but at this point allows us to wallow in our wickedness because that is the strongest antidote he can administer. God has not left us alone as some sort of forgetful Deist God. He is pouring forth the harshest treatment, in these times to hopefully provide a remedy in the depths of our profound sickness.

The proof of this sickness? We can look out on this world, on all the things we do to one another, the cruelty that our pathetic desires convince us to enact on those who should be our brothers and sisters, and we somehow see this supposed “silence of God” as Him going “light on us.” We have become so drowsy that the dead carcass our civilization has become, through our wanton embrace and celebration of our sins, seems normal. The most severe punishment a Deity can unleash on a people, short of destroying them, is maintaining the status quo.

This, this is the setting in which the mercy and medicine of confession takes place. This is the hospitality of the “New Testament God,” not that he has left us alone or has gone easy on us, but with the strong medicine which is our own wantonness, he urges us into the sheepfold of the Sacrament of Reconciliation. 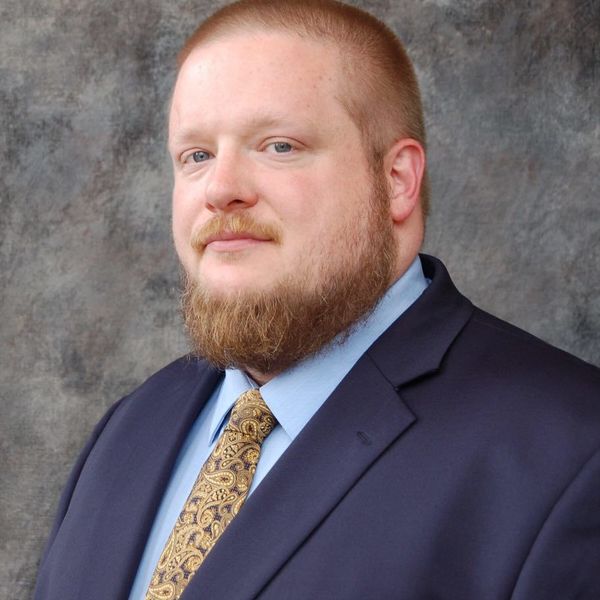