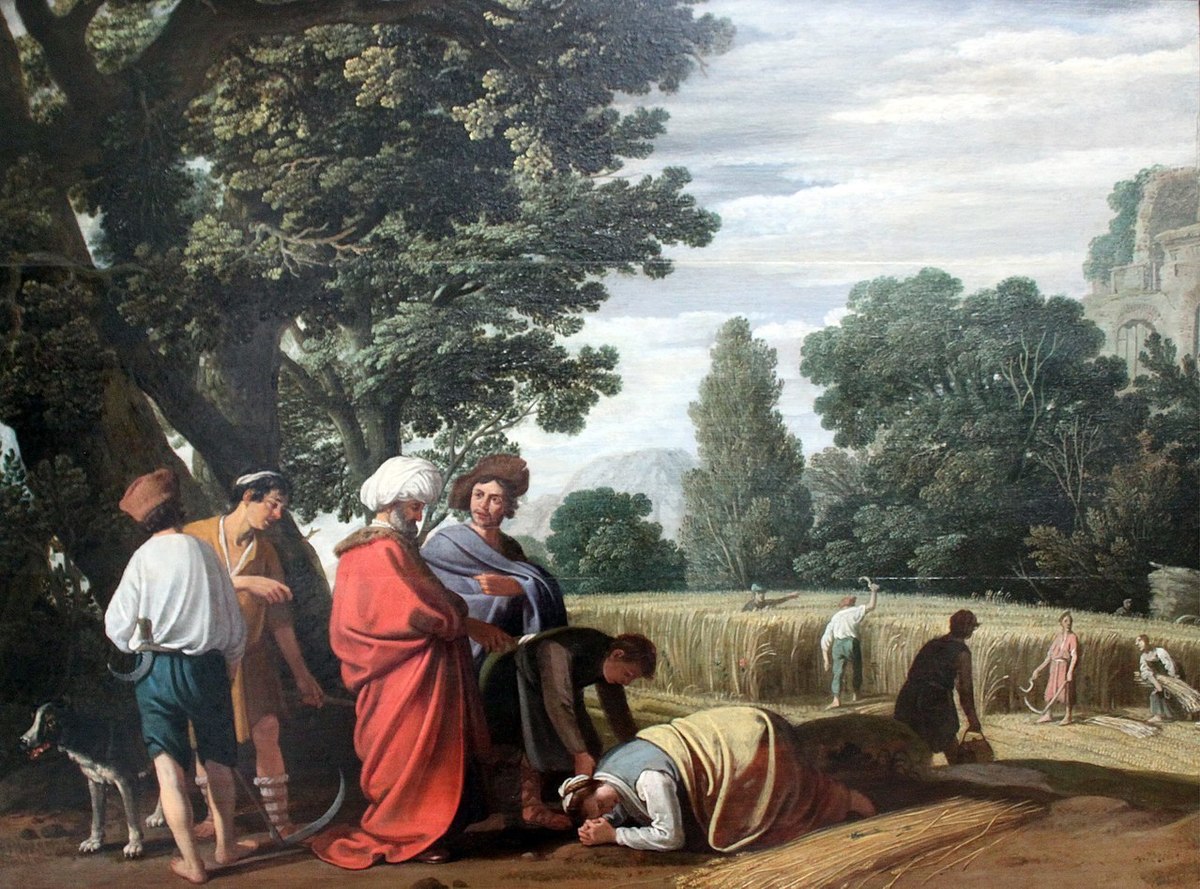 The command to remember is a common refrain in Deuteronomy (eg. Dt 5:15; 7:18 et al.).[1] What the Law requires of Israel is in some sense an extension of what God himself has done for her. The memory of that favor underscores Israel’s responsibility to do the same. This is nowhere more true, perhaps, than in the care for the vulnerable. “You shall not pervert the justice due to the sojourner or to the fatherless, or take a widow’s garment in pledge; but you shall remember that you were a slave in Egypt and the LORD your God redeemed you from there; therefore I command you to do this” (Dt 24:17-18). Israel is to identify with the weak and to extend what she herself has received. “You shall not oppress a stranger; you know the heart of a stranger, for you were strangers in the land of Egypt” (cf. Ex 22:21; 23:9; Lev 19:33-34; Dt 10:19; 23:7).

This reception and extension of mercy is expressed beautifully in the life of Ruth, a Moabite and the widow of a man from Bethlehem. The book which carries her name presents Ruth’s hospitality to Israel and also the hospitality shown to her in return. While preserving the distinction between Israel and the nations, the narrative intertwines their fate such that the one only flourishes on account of the other. Were it not for the mercy commanded by the Law of Moses, Ruth would never have been taken under the protection of Boaz, her husband and redeemer. But were it not, first of all, for Ruth’s free and selfless devotion to her husband’s people and God, Israel would never have been given her great-grandson David a place on the throne (cf. Ruth 4:17-22).

The story, you’ll recall, begins with a famine in Bethlehem and the departure of the Elimelech, his wife Naomi, and their sons. Like Joseph, they are forced out of their own land, and in choosing to come to Moab, they enter the territory of a people long at odds with Israel (cf. Num 22-25). There, Elimelech dies and so do his two sons, though not before they have married the Moabite women Orpah and Ruth.

As widows, there is nothing that either Orpah or Ruth owe to their mother-in-law Naomi. And knowing that she has no more sons to hand them in marriage (cf. Dt 25:5-6), Naomi bids them to remain in Moab when she decides to return home to Bethlehem. Orpah does, and she is not faulted for doing so. Ruth, however, vows to remain: “Entreat me not to leave you or to return from following you; for where you go I will go, and where you lodge I will lodge; your people shall be my people, and your God my God; where you die I will die, and there will I be buried. May the Lord do so to me and more also if even death parts me from you” (Ruth 1:16-17).

This vow of Ruth’s is remarkable. In her desire to care for Naomi, she swears not by her ancestral god but by the Lord, the God of Israel. What’s more, the phrase “May the Lord do so to me and more” is covenant language. Ruth freely binds herself to Naomi. More remarkable still, the content of Ruth’s vow, itself motivated by a concern to care for Naomi, anticipates the same command that Boaz will later keep in showing mercy to Ruth, namely, the command to care for the sojourner, the fatherless, and the widow (cf. Lev 19:9-10; Dt 24:19). In this Ruth is an example of those Gentiles who, as St. Paul says, “do by nature what the law requires, [and so] . . . are a law to themselves” (Rom 2:14).

Once in Bethlehem, Ruth gleans in the fields of Boaz. This relative of Naomi takes care to obey the words of the Law just mentioned, namely, “When you reap the harvest of your land, you shall not reap your field to its very border, neither shall you gather the gleanings after your harvest. And you shall not strip your vineyard bare, neither shall you gather the fallen grapes of your vineyard; you shall leave them for the poor and for the sojourner: I am the LORD your God” (Lev 19:9-10; Dt 24:19). Boaz even exceeds what is strictly required by feeding Ruth at his table (cf. Ruth 2:14) and by causing grain to be left behind for her to gather (cf. Ruth 2:16). This is, to be sure, “the folly of a love to which prodigality is a law and excess alone is sufficient.”[2] So too is it explicitly as a recompense for Ruth’s own generosity: “All that you have done for your mother-in-law since the death of your husband has been fully told me, and how you left your father and mother and your native land and came to a people that you did not know before. The Lord recompense you for what you have done, and a full reward be given you by the Lord, the God of Israel, under whose wings you have come to take refuge!” (Ruth 2:11-12).

The God “under whose wings” (cf. Ex 25:20) Ruth has come to take refuge, shows his mercy in drawing Ruth under the “wing” of Boaz’s cloak (cf. Ruth 3:9), which is to say, by drawing Ruth into marriage with Boaz. But it is Ruth who likewise shows mercy to Israel by keeping alive the house of her father-in-law Elimelech and her late husband. And from her descendants comes Israel’s greatest king, David, the one who, fittingly perhaps, will incorporate the surrounding nations into his kingdom. As with Rahab, the wall of division between Israel and the nations is not as firm as it might seem. Israel’s privileged role is to be a blessing to all nations (Gen 12:3), and this, in part, she does by first receiving blessing. “Remember that you were a slave in Egypt and the LORD your God redeemed you from there” (Dt 5:15; 7:18).

One final note: In this, the Book of Ruth anticipates the coming of David, but perhaps we might see it as well as an anticipation of the Son of David. The welcome which Israel (in the person of Naomi) receives occasions the hospitality she (in the person of Boaz) offers in return. Israel, God’s “first born son” (Ex 4:22), is first recipient and then giver.

So too, Christ, who is given “welcome in womb and breast, birth, milk and all the rest”[3] then invites us under his wings, saying “Come to me, all who labor and are heavy laden, and I will give you rest” (Mt 11:28).

[1] “Remember that you were a slave in Egypt and the LORD your God redeemed you from there.” 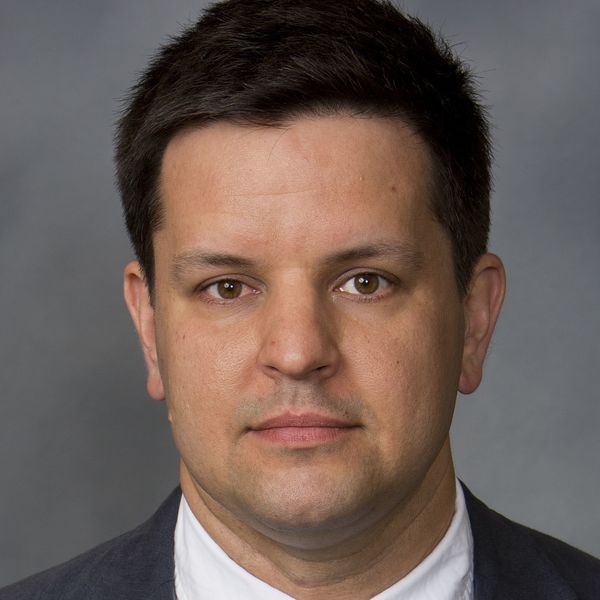 Anthony Pagliarini is Assistant Teaching Professor and Director of Undergraduate Studies in the Department of Theology at the University of Notre Dame. He specializes in the Old Testament and is currently authoring a commentary on Jeremiah.