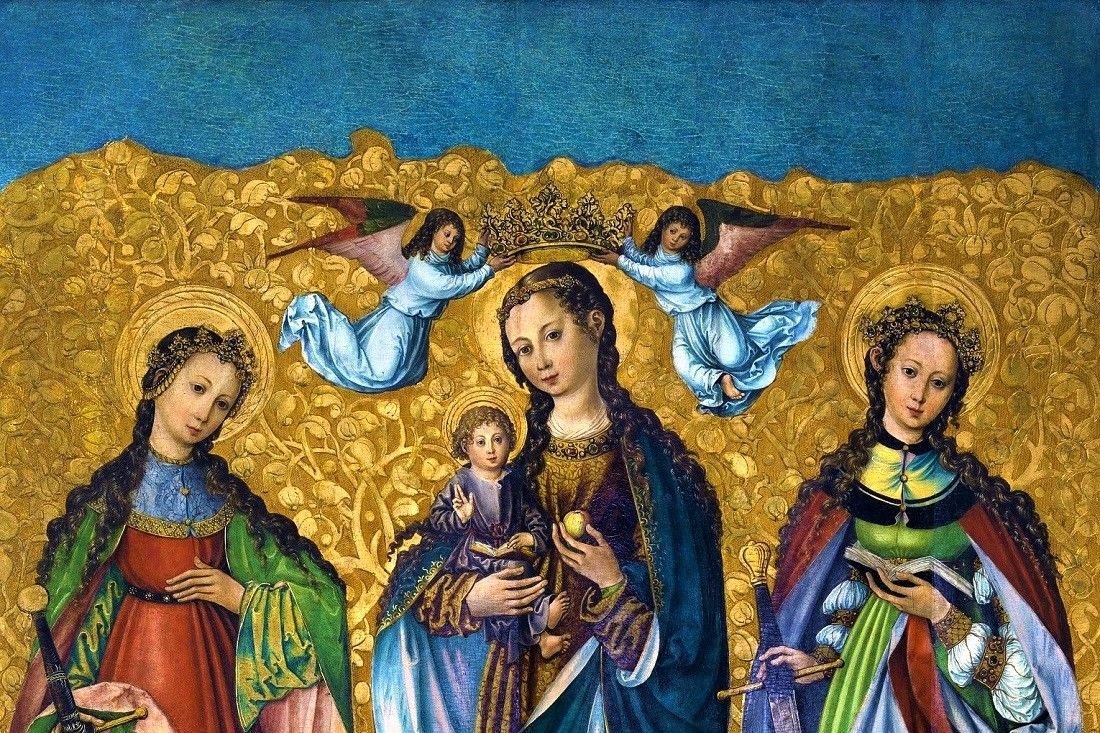 We enter into a more overtly sacred repertoire with music written in a more “classical” style, though the majority of the pieces included here were not written in the Classical era of Western music (c. 1750–1830), but in the 20th century. While many of these pieces were inspired by the liturgy, in particular the Mass, most of them would not have been heard in a liturgical context, though for today’s liturgies, some of the shorter sacred anthems such as Eli! Eli! and Mary Speaks certainly could be appropriate selections for the Good Friday Celebration of the Lord’s Passion.

These pieces of sacred music are meant to foster a rich devotional life—the time spent living the liturgy out in the context of daily life, the time outside of the liturgical celebration proper. For most lay people, the devotional life—which flows from and leads back to the liturgical life—encompasses the majority of life in general. Listening to this music in the morning while getting ready for work or for school, or in the evening while preparing dinner or washing the dishes, or at night while putting one’s children to bed, can help to infuse the tasks of daily life with moments of reflection, even prayer, especially if we find ourselves contemplating the words being sung.

Even when we are not actually listening to this music, it might remain in our ears and in our hearts, and its words can become a response to the events of our day. Personally, since preparing this playlist, I discovered that the phrase “Deus meus, adiuva me” (“My God, help me”) has become a touchstone for moments when I find myself struggling.

These works of sacred and liturgical music provide a never-ending source of contemplation. In a unique way, this repertoire beckons us to set aside our time and all the demands made on it so that we can enter the music’s time, and through it, begin to touch upon God’s time. Through the chronos of melody and harmony unfolding through rhythm and meter, we can begin to glimpse the kairos of eternity. Moreover, as this music enriches one’s daily devotional life, it can open one’s heart to celebrate the liturgy with a more profound love of God, whose uncreated beauty shines forth in the created beauty of music.

That my heart may be with You in your trials

Let me receive death from the hands of his executioners,

May I be a sharer in his suffering,
Carry the harvest of his bloody blows.
Let my body bleed,

Let me be enraptured by the cross,

Let me live by the breath of his love!

Burning in the sea of fire,

From Your hands may I take

Protective shield on the day of judgment!

Domine, Domine exaudi me.
My God, help me.

Give me your love, beloved Son of God.

Give me your love, beloved Son of God.

Lord, give what I ask of you.

Give to me earnestly, O clean bright sun.

Give to me earnestly, O clean bright sun.

Lord, give what I ask of you.

Love of you, as you wish,

give me in your might (I will say it again).

Give me in your might (I will say it again),

love of you, as you wish.


You can access the complete 40 song playlist below or at this link or by searching for the phrase “Lent: 40 Songs for 40 Days” in Spotify.