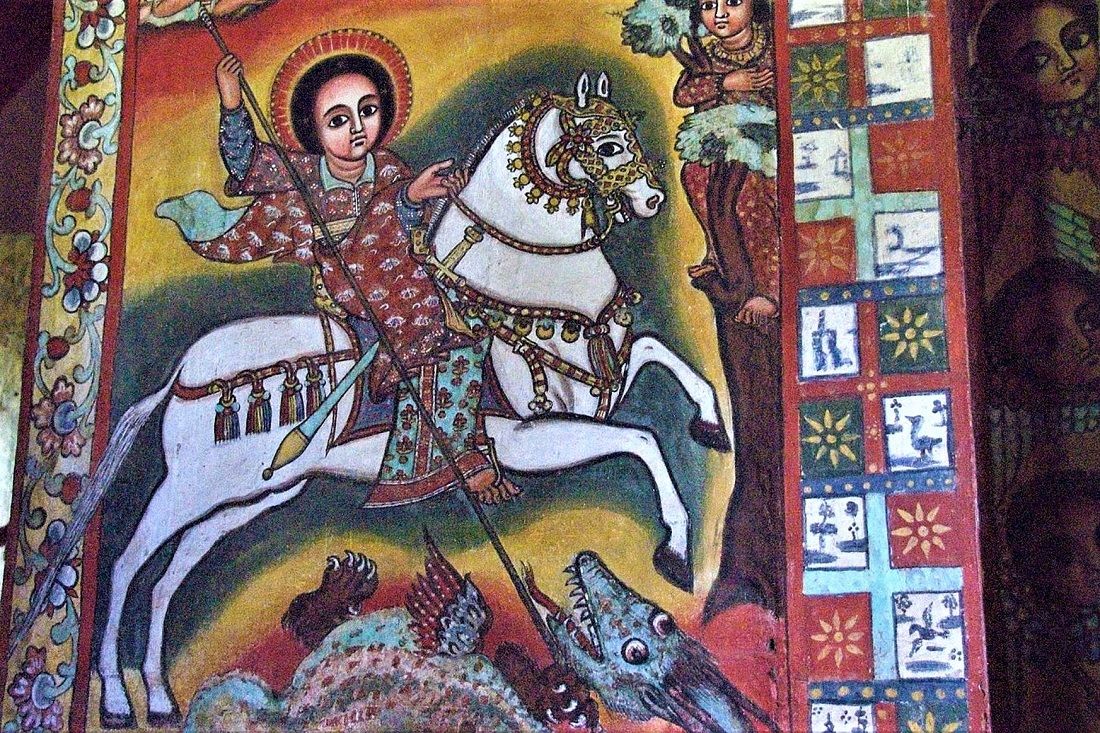 In this brief paper, I will attempt to respond to these fundamental questions in a somewhat reverse order. These questions move from general and abstract questions to increasingly particular and concrete ones. As someone who spends most of his time in theories and notions, I cannot resist cutting to the front of the line to start with something solid for a change.

So I will begin with the final question, modulate to the penultimate question, and close with a series of substitutions for the first four questions. I will not cover this territory as directly as I have introduced my route. In many ways, what I say here will be far simpler: I will begin with a claim and end with philosophical commentary.

My claim is this: The​ study of education is imperiled by the institutional study of education​. This should not be a controversial claim to make. It may seem tautological, but that impression conflates a personal sense of study with an institutional one. An institutional study of X—the study of X by institution Y—is more intimately vulnerable to a problem with Y than to whatever problems Y assigns to X. I am not dismissing the real external problems of X. I only mean to locate a potential problem with Y as anterior to whatever problems Y assigns to X. This location, of course, implies a sense of priority and order. An exception to the schema I have outlined would be when Y assigns to X the problem of Y, as I am doing now. Yet, even in this exceptional case, the vulnerable spot, Y, remains the most intimate one. Locating this soft spot on the dragon’s scaly chest is my sole concern in this claim.

After all, the greatest enemy of vision is not what is envisioned—it is the imagination. When food is flavorless, the chef can justly question the eater’s palate as much as the eater can question the cooking. The scenario that emerges from the implications of this claim is something like the theme we find at the very center of the New Testament: Christ as a sign of contradiction. In the second chapter of the Gospel of Luke, Simeon envisions the Christ child as “a sign that will be spoken against” (2:34) when he is presented at the Temple. Simeon’s vision begins to unfold only two chapters later, when Jesus suffers a crisis of credibility in his hometown synagogue in Nazareth. His words are met with skepticism because he is a local boy, the son of Joseph. Jesus uses the dictum “Physician, heal thyself” (Luke 4:23) to communicate the predicament that “no prophet is accepted in his own country” (Ibid.).

John’s Gospel is perhaps more pointed on this matter when Nathaniel asks “Can anything good come out of Nazareth?” (John 1:46). This theme of Christ as a symbol of contradiction is repeated in the Passion accounts of all three synoptic Gospels when Jesus is ridiculed for being a savior who cannot save. This is a theological sign of contradiction if there ever was one. The supposed savior of all cannot even save himself. In David Bentley Hart’s recent translation, the passage from Luke reads: “He saved others, let him save himself” (23:35). In Matthew and Mark, it is even more bluntly stated: “He saved others, himself he cannot save” (27:42; 15:31).

There is an analogy between my claim, that the study of education is imperiled by the institutional study of education, and Christ as a sign of contradiction in the New Testament. From this analogy it makes sense—while conceding the unique danger of going from the imagination to vision and from the palate to the culinary arts—to consider the biggest problems with the academic study of education today by first looking directly at the institutional academy and, more specifically, the University (or what is more theologically referred to as “higher” education). This particular location of the problem, of course, reveals a profound and even potentially scandalous irony.

The more specific reasons for this claim require a more concrete context and history. But there is no time for that here and I am ill-equipped for that task. Suffice it to say that education is not one of the traditional subjects of the university, but it has always been its most treasured academic objective. We can go as far back as any classical trivium or quadrivium and compare that to the late 19th century advocacy, by John Dewey and others, for education to be considered a university subject and academic discipline, and we will quickly see that it is simply a matter of fact that education has not been studied for its own sake like mathematics or philosophy or history or the natural sciences.

Even the relatively recent social sciences and later rise of the “(fill in the blank) studies” seem to enjoy a more traditional place in the University than the institutional study of education qua education. This integration of the formal study of education as an academic subject is, of course, not a complete or even partially completed transition. In many cases, the teacher’s college or normal school was never moved into the university proper.

We can see easily enough that many schools of education exist on the periphery of the University or do not exist at all. Teacher’s College at Columbia University and the Harvard Graduate School of Education are but two of the more representative examples of existing but not yet integrated institutions. The lack of education schools at Princeton (which has Princeton Theological Seminary as an unaffiliated pastoral alternative nearby) or Yale (which created an “educational studies” program in 2013) are two representative examples of a rather different and non-existent reception of education into the university. It makes no sense to say that the Ivy League is agnostic or atheistic about its educational identity. No educational institution can afford to deny that education is its most obvious goal. So what are we to do about all this?

Some suggest that every university simply needs to take up the formal modern study of education. But these suggestions often gloss over the variety of ways that education is formally studied today. There is, for instance, an even more recent divide between educational research for its own sake, often at the graduate level, and the previous work that tied educational research directly to undergraduate teacher-preparation and training for the lower schools.

Others suggest that we simply abolish the formal study of education and allow it to return to its foundational disciplines, where the philosophy of education would take place in a philosophy department and the history of education would take place in a history department and so on. This suggestion is reminiscent of the story from Tacitus, where an emperor brings peace to a province by killing all of its citizens. One of the reasons that the teacher’s college and normal school sought to be integrated into the university was precisely because of the traditional academy’s routine neglect of its foremost aim.

Others circumvent the question by complaining about the present state of the study of education, calling for it to be reformed before we can have a wider discussion about it. David Labaree’s The Trouble with Ed Schools seems to do this. I am sympathetic to the overgeneralization that one can hardly find a more poorly educated and anti-intellectual faculty outside of a business school than in an “Ed school” nowadays, but, if I am being honest, I am not terribly impressed with the traditional subjects either. Idiots abound, regardless.

There is a final suggestion that is more conceptual in nature that I also want to dismiss out of hand. This is the view that before we can do anything we should first clarify the meaning of the term “education” so that it acquires enough clarity to guide the decisions to follow. At first glance, this strikes me as absolutely sound. But I fear that chasing the word “education” all over the place is only going to lead to more confusion. We can survey theories of education from classical antiquity to the present day and we will not come out with a single story or concept.

My suggestion would be to take up a more obvious set of phenomena than the impossible sign of contradiction that education ultimately becomes within an educational institution. In the place of education, I think we ought to consider the teacher and student as such. I do not have time to go into great detail about what a consideration of the teacher and student as such means or entails. But I would first like to insist that I have chosen my words carefully. I have not suggested that we consider the teacher and learner as such. Learning and the learner strike me as even more unhelpful and dangerous than the already overburdened idea of education. The teacher must teach. The student must study. These seem more modest and attainable ideas than the learner who must learn or the educator who must educate.

There is a specificity about the art of teaching and study that learning and education lack. There is also a degree of personhood that is animated in this specificity. A great deal of psycho-babble and mumbo-jumbo in educational research and learning sciences is criminal in its inability and refusal to see the person, to see the teacher and student as such. But this person is manifestly who we see when we turn to the real matter at hand. This, I claim, is all there really is.

Anyone and perhaps anything can educate in some sense of the term and the same goes for learning. Even a machine can learn whatever is input into what we perversely call its memory. But only a person can be a teacher. Only a person can teach as such. Only a person can be a student. Only a person can study as such. Sure, we can bend the words around and play logic-chopping games all we want. Any critic can find some counterfactual usage of the word “teacher” and “student.” But I am not speaking of two words, I am suggesting that we attend to the teacher and student as such. “As such” serves as a qualifier to show that this is not a linguistic or semantic game. This is about things themselves.

While this may seem merely clever, it does not abolish the teacher altogether, it simply shows that perhaps the teacher, too, is a savior who cannot save. In other words, the true burden of teaching falls heaviest on the student, just as the real burden of study falls heaviest on the teacher. And what serious teacher is not a student and vice-versa? I do not want complicate things any further. Allow me to close by bluntly begging anyone concerned with the study of education to replace their concerns with a renewed attention on the teacher and student as such, no more and no less.

Editorial Note: A version of this essay was delivered at the Yale University "Education for What: The History of Education and the Rise of the (American) Research University" conference on 21 February 2019. 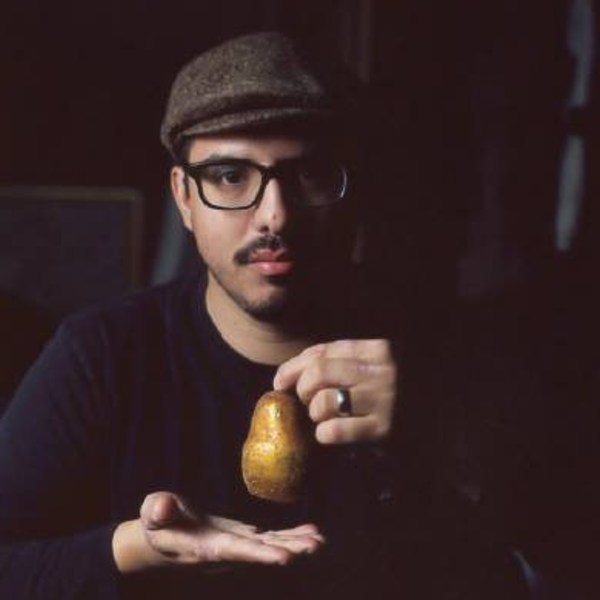 Samuel D. Rocha is Associate Professor of Philosophy of Education at the University of British Columbia. He is the author of Folk Phenomenology and The Syllabus as Curriculum.