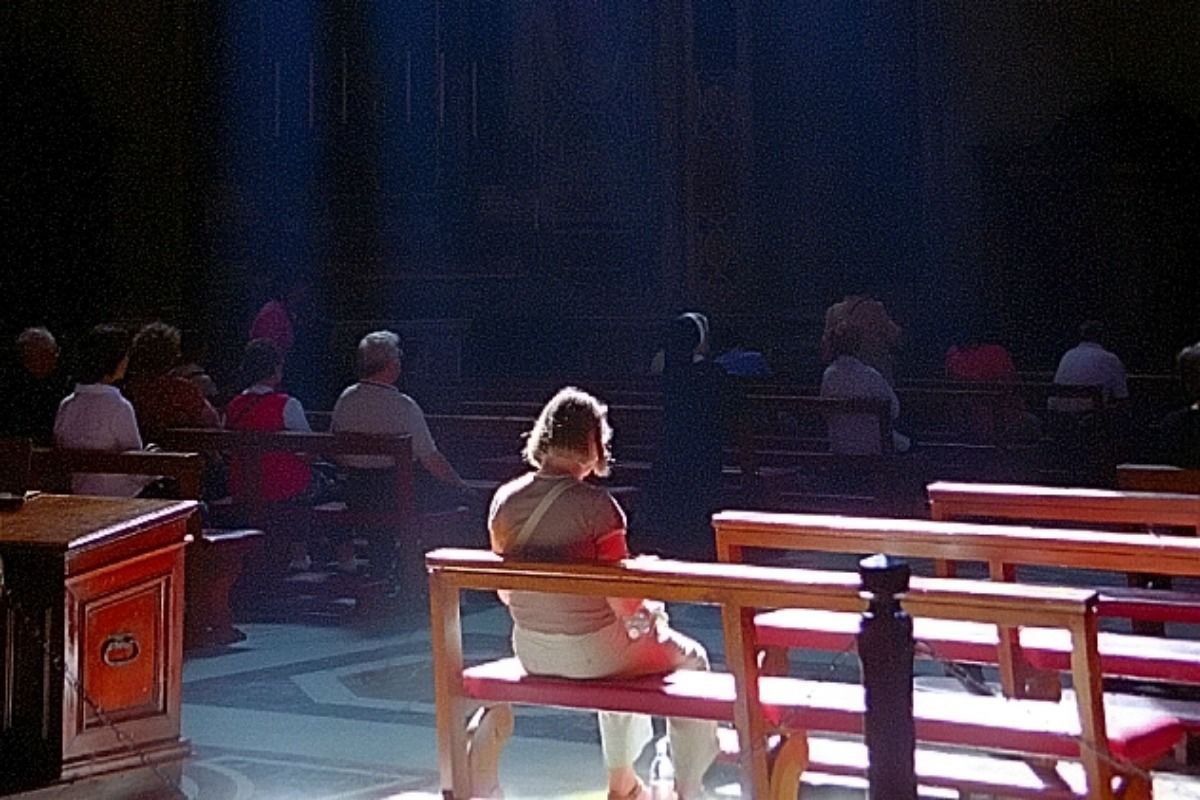 For some Catholics, feminism is the other f-word. It is seen as an ideology that is antithetical to the core values of the Catholic faith. Certainly among those who are more traditional, there are a myriad of reasons for this aversion, including a commitment to traditional gender roles and a general skepticism toward egalitarianism. But even among progressives, there is sometimes discomfort with the word. In speaking with some leading Catholic women in the pro-life progressive movement, I have seen a reticence to embrace the word and articulate a pro-life feminist vision. It was seen as inextricably linked to the movement for “abortion on demand and without apology.”

But in many ways, the divide over the term is generational. For Millennial Catholics, there is no shortage of young women (and men) who freely and happily identify as feminists. The reason is perhaps that they are neither bogged down by the baggage of past skirmishes, nor inclined to define feminism narrowly and associate it with a particular strand of feminism. Instead, feminism is seen as a belief in the fundamental equality of men and women and a commitment to ensuring that this belief shapes our society and its social structures—politically, culturally, and personally.

Millennial Catholics are poised to embrace a feminism that reflects an authentic commitment to both this belief in equality and the core values of the Catholic faith.

These commitments would act as an impenetrable barrier to the dehumanization and depersonalization of others. These shared goals do not permit one to see others as objects to be used for one’s self-interest. This mentality stands in stark contrast to the hyperindividualism of a broken, bourgeois culture that foolishly searches for happiness in materialism, consumerism, and hedonism, rather than in love and communion. It also rejects the collectivist mindset, which fails to appreciate the unique value of each person.

This approach would not confuse license and real freedom. It would point toward greater community and communion, rather than fostering perpetual conflict and enmity. It would ensure that social structures reflect the dignity of all, particularly the poor and vulnerable. Ultimately, it would call for more than enlightened self-interest, instead demanding a radical commitment to solidarity and justice for all.

The centerpiece would almost certainly be a radical, comprehensive approach to eliminating chronic poverty—both domestic and global—and ensuring that each person has access to their most basic needs. Women are disproportionately more likely to suffer from poverty both in the United States and around the world. Domestically, women are overrepresented among those who make the minimum wage—which is typically a non-living wage—and still suffer from a wage gap. Achieving equal pay for equal work, a higher minimum wage and other policies to augment working-class take-home pay, as well as policies to ensure that each person has access to healthcare and other necessities would strengthen the safety net, broaden the middle class, and benefit women in particular.

Globally, reducing poverty by promoting integral human development has the potential to help hundreds of millions of women and girls to live lives more compatible with their dignity. Key issues might include efforts to reduce food insecurity and maternal mortality, as well as increasing access to healthcare and education, particularly the secondary education that girls are disproportionately denied.

Eliminating all capricious, unfair, and unjust barriers to women using their gifts to reach their potential and serve the common good, whether in the political sphere, the workplace, or any other context is fundamental to feminism and entirely in line with the Catholic commitment to equality. Reducing underrepresentation not only helps women directly, but also serves the common good by unlocking the benefits of their work and service.

A focus on reducing violence against women would necessarily be a major focus in a Catholic feminist agenda. The rate of sexual assault is startlingly high, and the response has not matched the gravity of this evil. Reducing domestic violence would also be a top priority. Globally, the trafficking of women merits a great deal of attention, as does the need to protect civilians, so often women and children, from mass atrocities inflicted by brutal regimes and nonstate actors.

Crafting policies that address the challenges faced by contemporary families is critical to the goals of this type of feminism. Increasing access to quality, affordable childcare; job flexibility, including paid sick leave and family leave; maternity (and paternity) leave; and other pro-family policies would help to provide greater work-life balance, make families more resilient, and reduce the underrepresentation discussed earlier.

Finally, a Catholic feminism would necessarily be pro-life and committed to the protection of unborn life. This is particularly true in a world where millions of girls are killed in the womb simply because they are female, a phenomenon known as gendercide. No woman should have to choose between her child and her most fundamental needs. Therefore, a comprehensive approach to abortion that ensures that those needs are met is critical.