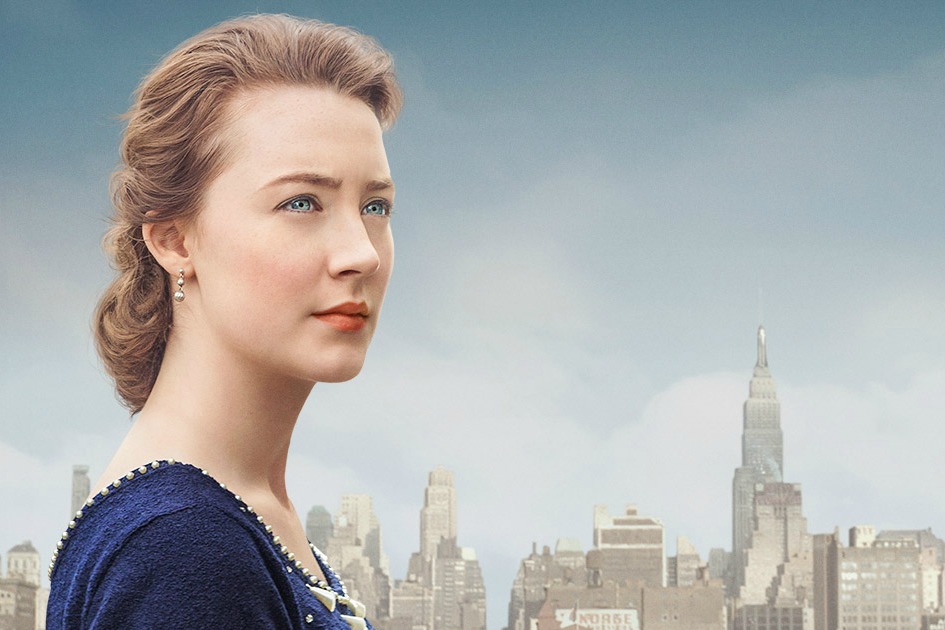 It’s not often that a film like Brooklyn makes it into the lineup of Best Picture nominees. There aren’t any dazzling special effects (other than recreating 1950s New York and Ireland). There aren’t any edgy, buzzy performances requiring an actor to transform physically or journey to the brink of sanity emotionally; there are, however, plenty of authentic and nuanced performances. Still, this film isn’t making any controversial political statements or portraying the life of a famous figure or even breaking box office records. To put it bluntly, Brooklyn probably won’t win Best Picture this year, but it is an excellent, beautiful film—one well worth watching.

The film tells an ostensibly simple story: girl leaves her home and family in small-town Ireland where her future shows little promise and emigrates to the Big Apple, where she can find and make a life for herself. The plot thickens, however, when circumstances necessitate that the girl, Eilis,[1] make the choice once again between life in Brooklyn and life in Enniscorthy, and this time, the stakes are considerably higher.

What the film teaches us as audience members is that, in most cases, there is rarely just one life that a person could lead. More often than not, there are multiple lives one could imagine for oneself that would bring happiness and a sense of fulfillment. Yet Brooklyn insists that, no matter how many options lie ahead, at a certain point, one has to choose, and this presents a sobering and yet ultimately uplifting reminder that saying yes to one thing necessarily entails saying no to all of the other things. At the film’s outset, Eilis says yes to emigrating to America, and in so doing, she also says no to the life she had known with her mother, sister, and friends in Enniscorthy. The rest of the film shows us how Eilis’ life begins to unfold as a result of her initial choice, and we see her struggle through the choices she must continue to make upon her arrival in America.

At its heart, this is a film about discernment, which is often misunderstood as choosing between a bad and a good, but is more often the struggle to choose between two goods. Discernment means seeking out and saying yes to a path, and continually choosing whether or not to stay on that path. It can be an agonizing, heart-breaking process, and its difficulties are conveyed in this film with moving poignance. We see images of Eilis walking through the city juxtaposed with images of her sister Rose walking along the River Slaney, while Eilis weeps for life at home. We see Eilis finding joy on Coney Island and Curracloe Beach alike; we see her bonding with communities of friends old and new. And when the time comes for her to choose again between Ireland and America, we see her struggle as she begins to picture with vivid realness two very different lives for herself.

Although at first glance Brooklyn doesn’t seem like a film that might appeal to a younger audience (it certainly wasn’t marketed to that demographic), it offers a vision of what discernment and commitment truly entail that may very well be eye-opening for young people struggling to choose a path. The film resonated with me in unexpected ways, perhaps because, as it turns out, Eilis and I have a lot in common. I, too, left my home and family in Kansas to further myself through academic study and try to carve out a life for myself. I wound up in small-town Indiana, then moved to even smaller-town Ireland, spending two years in County Wexford where Brooklyn was partially filmed (Curracloe Beach is one of my favorite places in the world). I left Ireland for the big city (Chicago, not New York), only to wind up back in small-town South Bend, Indiana. Watching Eilis struggle to choose just one life for herself hit particularly close to home for me, and I imagine that I’m not the only person who’s seen the film for whom this has been the case.

How many of us, when facing a significant choice, are able to imagine ourselves being happy in an array of different life situations, or, having made our choice, occasionally wonder what might have been waiting for us along the paths we didn’t take?


Saying yes to one thing means saying no to all the others. But more importantly, saying yes once is hardly ever the end of the story. The fruit of discernment is a choice, but the choice itself becomes the seed of commitment, and when that seed is sown, it blossoms into further discernment, which bears the fruit of further choices, which become the seeds of even greater commitment—you see the cycle here. (Life is full of choices, friends, I hate to say it.) What Brooklyn shows us is that, while it is possible to imagine a plethora of life scenarios in which one might be equally happy, it is also possible to choose—and not just possible, but necessary. For if you never say no to anything, you never really say yes to anything either. Saying yes to the one thing may mean saying no to all of the other things, but ultimately, it gives you the freedom to pour your entire self into prolonging that initial yes over the course of a life by affirming it over and over again.

[1] pronounced “AY-lish” for those unfamiliar with Irish names, which is pretty much everyone outside of Ireland (as Stephen Colbert and Best Actress nominee Saoirse Ronan taught us in this entertaining video)