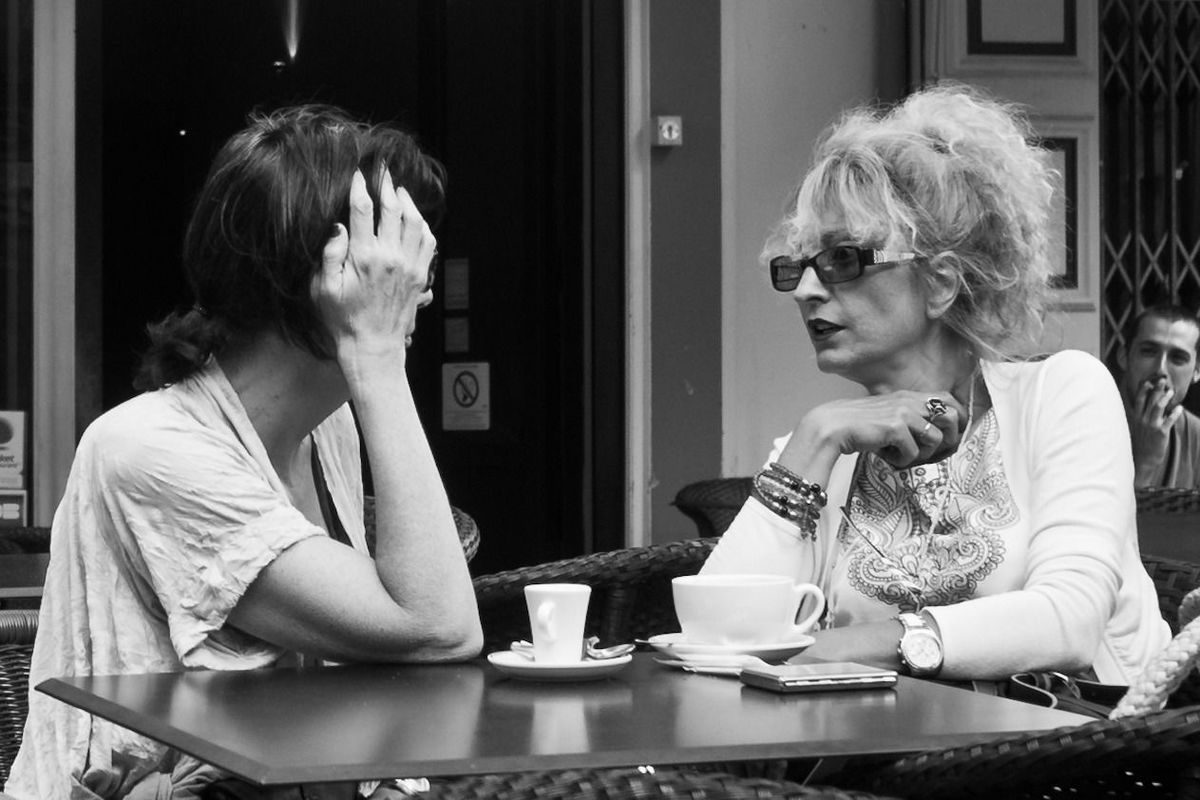 I love to write and speak—definitely a verbal processor—but I wouldn’t say I’m naturally a good listener. This double-edged sword makes me an effective rhetorician but also a candidate for what St. Paul refers to as “a noisy gong or a clanging cymbal” in the oft-quoted love chapter of 1 Corinthians (1 Cor 13:1).

In the Internet age we live in, our entire society struggles with this issue. There are few checks on self-expression, and words are flooding the sound and digital waves constantly, drowning one another out with increasing urgency and vitriol.

Politics, particularly in this last election cycle, has left many of us disillusioned by the complete lack of civil discourse and real listening taking place in the halls of power. The media got the country completely wrong by not listening to a whole class of real people and their actual thoughts on the state of things.

Though I do all kinds of writing and speaking on life issues, and I don’t shy away from rallies and protests as well, I’ve come to embrace a new form of political activism that I’ve found to be incredibly fruitful.

I’ve begun to listen to my enemies.

I don’t know that I could have identified actual enemies in my life before working in the pro-life movement. I found that publicly standing against abortion brought them out of the woodwork. Passions run deep where human life and freedom are on the line.

Until about a year ago, I literally could not fathom how someone could be pro-choice. As a pro-life activist, this posed a serious problem if I was to engage the real factors which keep abortion legal and common. I also knew I was susceptible to the more shouting, echo-chamber kind of pro-life discourse, so I actively worked to remedy this.

The art of listening involves bringing yourself to a conversation in a humble, open manner. You must be genuinely interested in what the other person has to say. You must leave judgment and cynicism aside and ask real questions that allow the other person to actually share himself or herself with you. This is how I like to be listened to. This is how I sought to listen.

Some practical steps I took were to get coffee with some of the local leaders of the pro-choice movement who were previously on the other side of heated protests and county council meetings. I asked them their reasons and listened to their journeys. I tried to message people personally on Facebook instead of dodging in and out of endless argument threads that only widened the ideological chasms. I read articles written for a pro-choice audience. I tried to actually listen.

The work of listening is quite rewarding. I found that, though I no longer feel utterly convinced of my own righteousness (a comfortable but misguided place to be), I feel much more convinced of God’s goodness and presence within every human being. I am not less passionate about abortion and its evil effects on the human race, but I am more aware of my supposed enemies, and I’ve come to see that they’re not the enemy after all.

I have discovered that the people I respect who are pro-choice bring many real experiences to the table which inform their beliefs. One of them is a certified midwife in Africa. One is a mother of two who would do anything for her daughters. One is an educator and organizer who fights for women in every arena imaginable. One is a Catholic professor who took night shifts with my newborn daughter when I had surgery. I still don’t understand fully how they can see abortion as a “good” or even as a “necessary evil,” but the point is that I see them. I don’t write them off because they are pro-choice and I listen to their stories with open ears and an open heart.

There are also legitimate accusations against the Church and the pro-life movement which we need to hear and internalize. Women need us in their corner. We need to remove the many social and financial obstacles erected by those who do not bear children which make motherhood so incredibly difficult and undesirable for many women. We need to champion the family and call upon men to be more heroic in their fatherhood and responsibility to the women in their lives. We need to actively address poverty and child abuse and the foster care system which has let so many children drown in an endless sea of bureaucracy and brokenness. We need to make adoption more financially feasible. We need to stand against every form of violence, particularly against the vulnerable.

Listening has taught me these things. Listening has made me less sure of myself but more sure of God and more present to others.

There is no “type” when it comes to people. There are categories we try to put people in, but ultimately these fall short of the way God sees us, unique, broken, lovable creatures that we are. We are all in need of mercy, and unless I can come to every conversation and every situation open to learning and growing and genuinely interested in another’s perspective, I will never do anything loving with the truth.

Let us be a people with open ears and open hearts. Let us be more like Mary who pondered the mysteries around her in her heart, listening to God and others, and staying close to the suffering Christ. He is all around us, asking us to open our eyes to see and ears to hear.