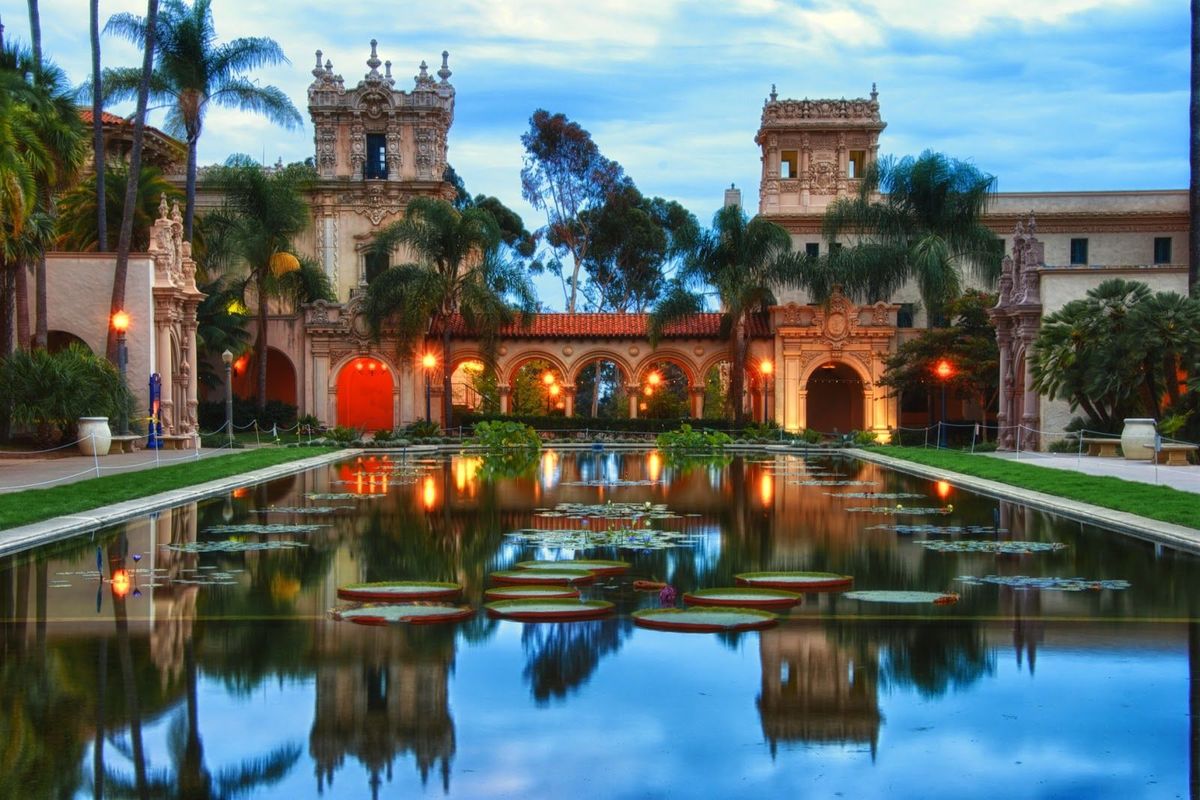 "I think that, if we’re lucky in this life, we’ll get to come across perhaps three or four really really good ponds."

Visit here to listen to Notre Dame senior Madeline Lewis tell the story of finding the grace to sit with things for long whiles. Subscribe to the free Stories of Grace podcast on iTunes U and receive automatic notifications when a new story is published. Read the full text of Madeline's reflection below.

I think that, if we’re lucky in this life, we’ll get to come across perhaps three or four really really good ponds. This story begins with one such pond: a koi pond at Balboa Park in San Diego. This particularly good pond was something that I happened upon while ambling around the park one sunny June afternoon in the company of someone I dearly love. We weren’t alone in thinking it the perfect day to take advantage of such a treasure: there were dog-walkers and stroller-pushers, families and friends, couples old and young. Loveliness seemed to flutter all around this large pond, gently begging us to lend our attentiveness.

And so we did- we paused at the edge of the koi pond, and we sat, and we looked. As we looked around, loveliness increased. There were many tiny beautiful things, but I found my wide eyes turning first towards the abundance of natural beauty. Bright and tiny koi flitted freely through the water, and ducks wove playfully through clusters of water lilies that lilted above the gamboling fish. Sunflowers sprang up from the far edge of the pond, blazing brightly like candles in the sunlight. Tall palm trees swayed gently in the wind, fronds flourishing joyfully and drawing gazes upward. You won’t be surprised, I’m sure, if I add that the sky just happened to be a delightful shade of blue, and not a cloud in sight.

After our time of beholding the koi pond, we took a few short steps to the San Diego Museum of Art, where we shortly found ourselves in a large room, and in the presence of beautiful works of 15th century European art. We stood in front of one of the first paintings on the wall, a large oil painting by Martín Bernat entitled The Crucifixion, which depicted Christ’s wounded body hung from the cross. I stood for a moment in front of this painting, taking it all in. Behind me, I noticed a little girl, who was adamantly attempting to drag her mother to the exit. As she passed the painting, she stopped, looking curiously. “Well, he’s dead!” she pronounced, as an emphatic verdict.

In her novel Gilead, Marilynne Robinson writes on the disposition we must have in order to behold beauty in its fullness.

Wherever you turn your eyes the world can shine like transfiguration. You don't have to bring a thing to it except a little willingness to see. Only, who could have the courage to see it?

The courage to see it- this is a courage that all too often, I don’t have. I am so much like the little scurrying girl: in believing that my hardships, my sins, and my failures have the final word, I forget that every stroke of myself was made to ache for Resurrection. On my own, I consistently lack the courage to correct the defeated “Well, he’s dead!” to the triumphant and true “He’s alive!”.

It is such a joy to witness the beauty of a sunny afternoon in the park. It is easy to see the beauty of the flowering bushes, and the of trees, and of the warm company of other park-goers; it is hard to see beauty in the tending of the withering bush, in the slow and almost imperceptible growth of a new tree, or in the company of those whose quirks I find irksome. I don’t have the courage to behold these beauties, beautiful because they are transfigured by God, and so I scurry to the exit. Withering, slow, irksome things? “Well, he’s dead!”, I pronounce emphatically.

Thankfully, I heard another voice in the art museum that day- the voice of the girl’s mother, who tugged gently at her arm to draw her back in front of the painting. Though the girl’s pronouncement of death had been loud, her mother’s response was a whisper: “That’s Jesus Christ,”.

Perhaps there is grace in sitting with things for long whiles. Perhaps there is someone who asks us to remain with the hope that hardships, sins, and failures do not have the final word. What if I planted down next to the withering bush, the slow growing tree, the irksome company, letting them tug at me: “This is Jesus Christ”? These are the beauties that are only revealed to us after we have been sitting for a long while with Christ, the one who gives us the courage to see.

In the painting in San Diego, Christ’s side has been pierced, and his wound spills blood all down his side. Women despair at his feet, grieving for the wounded Christ. And yet, Christ’s body in the way it is painted seems almost gleaming with light, and the wood of the cross is set against the backdrop of a lush and very alive forest. At the top of this large canvas, the sky is painted as the dark of night, but the light of dawn peeks resolutely over the treetops. The painting is longing for the Resurrection, hoping in every stroke that death will not have the last word- that somehow life, light, and love will overcome. In every aspect of my life that I have deemed irredeemable I feel the tug and hear the hopeful whisper: “This is Jesus Christ”.