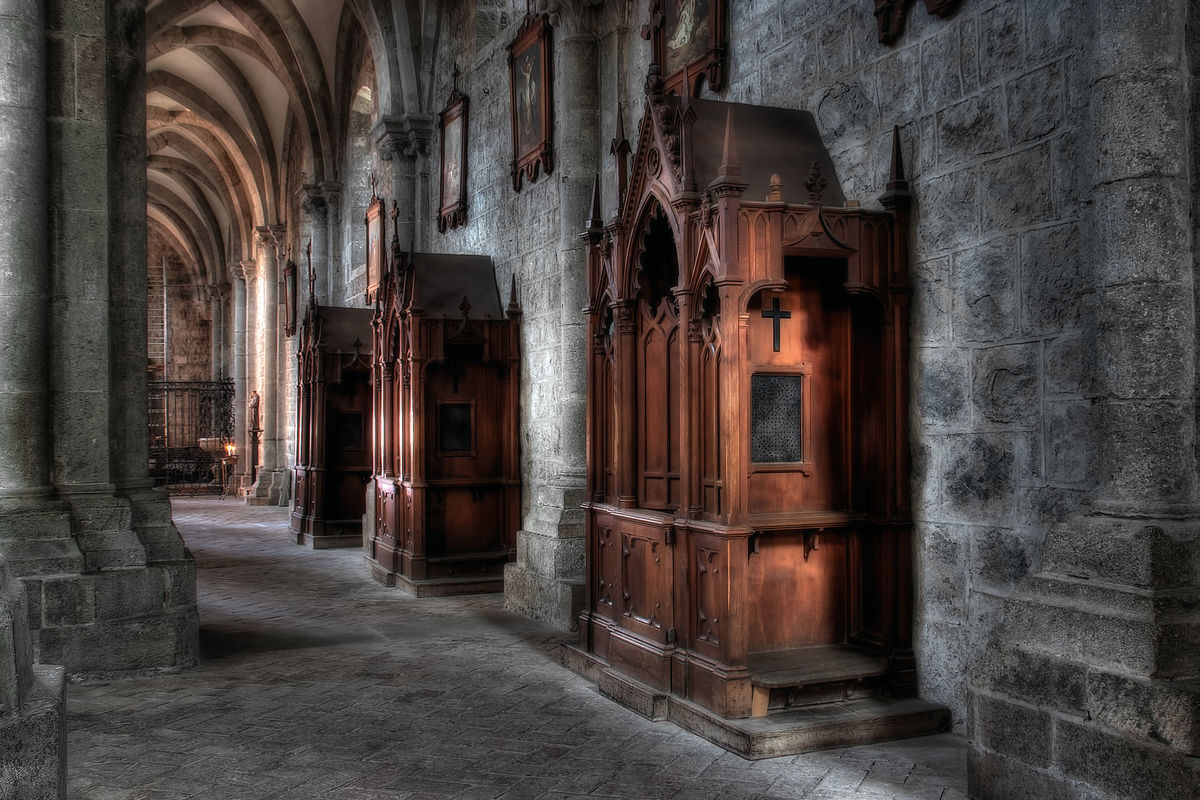 I have spent the past year and a half (Has it really been so long? O Lord, make haste to help us) coloring myself various hues of self-righteous indignation regarding the candidacy of Donald Trump. I spent most of 2015 laughing at it, blissful in my naïvéte, and most of 2016 sputtering with befuddled indignation. How could someone so embarrassingly puerile in demeanor and cringe-worthy be a viable candidate for our nation’s top governing office?

I will draw on my best debate techniques and side-step that valid question, as I consider the character of Donald Trump. My eureka moment came during the most recent incendiary comment at the final presidential debate. Secretary Clinton spoke of how her Social Security payments would go up, and, in a little dig at Trump, she mentioned that his would too, “if he doesn’t find a way to get out of it.” A cheap shot; but fair play to her. Suddenly, Donald Trump’s voice slipped under Clinton’s soprano canter: “What a nasty woman.” Unexpectedly, I felt wells of empathy open up for this man. But for the grace of God, I realized, I would be Donald Trump. In fact, most days of the week, I probably am Donald Trump.

So many of Trump’s supporters say they like him because he “says what he means.” They make an excellent point: Trump does not mask his flaws. He parades them on his Twitter feed for the world to see. Many people, I presume, are actually guilty of the same sins. I know, at least, that I am.

Thus, I would like to invite us to examine Trump’s transgressions through a new lens of empathy. This post is an admonition of charity and understanding for the Donald, an invitation to turn his egregious moral faux pas into launching points for our own self-examination when we are tempted to righteous indignation, and preparation for my next confession. (Three birds; one stone.)

One of the most baffling aspects of Donald Trump’s personality, I find, is his cruel language towards others. He calls people who do him wrong “losers,” “dopey,” “goofy,” etc. It’s just plain ol’ preschool playground mean. I’m constantly surprised we aren’t all stuck wrestling with this: how does a public figure call a reporter “dopey” and a news anchor “crazy” and not get laughed off our public stage? Why has no one sat down with Trump and told him he can’t use internet troll speak when running for president?

But, I thought to myself, how often do I label people who have offended me? Not publicly, on Twitter, or on some national media platform, thank God, but how often, in my heart, do I harbor resentment towards someone who has wounded me? How often do I insist on seeing that person not as the multi-faceted, complex human that they are, with their own unique narrative beyond their interactions with me, but merely as the particular wound they have inflicted upon me? Do I let subtle competition poison friendship?

I may not call a senator a loser, but how charitable is my language towards an ex-boyfriend? How often do I rearrange the world so that my narrative is at the center? How often do I tell stories that make me out to look better than someone else? How often do I find myself envious or jealous of someone, and take them down a peg in my head?

At this moment, I felt great sympathy for Trump. I thought of all the times I’ve endured jokes about how late I usually run to meetings, or how messy my desk is. Those may not be character traits I like about myself, or even traits I want to believe are true about myself. Thus, when my friends (or enemies) tease me about these flaws, sometimes it hurts. It makes me want to insist: “I’m not always late; I was on time once last year!” Or, “Sometimes, my desk is clean!!” I am upset that I’m getting signed up for personality traits that do not truly reflect my character. In that moment, I really can’t take the joke—or accept the reality behind the joke—as deserved and as true as it may be.

Trump, in that moment, was getting boxed into a personality box he hadn’t ticked off, thus, understandably, he was frustrated and hurt. And so he lashed out. Like Donald, I am a sensitive, feeling human, and I am hurt when people make fun of me. Both Donald and I feel the instinct to lash back at people who hit a sensitive nerve. Only Donald has learned to indulge that instinct, and my mother washed my mouth out with vinegar once. (Most effective parenting technique ever.)

Have I let my self-absorption or vanity harm my relationships with others? How often have I thought only of my own wants and desires, and not considered others’ feelings? How often have I put my pleasures or gratification (sexual or otherwise) ahead of others’ needs or desires? How often have I chosen apathy or self-centeredness over empathy?

Evidence of Donald Trump’s inability to muster up humility or the ability to say that he was wrong is legion. Perhaps there is such a profligate amount of material, because Trump’s besetting sin is one that plagues all of humanity.

The next time I pick up a stone to throw at Donald Trump’s fragile masculinity, ego, or grasp on reality, may that stone instead turn into a mirror which reflects my own overweening ego and robust pride.

How often have a twisted a story to protect my fragile sense of self? How often have I ignored a potentially painful wake-up call, and protected myself in the comfortable haze of ego? How often have I failed to acknowledge wrongdoing or offer an apology? Does my stubbornness get in the way of reparation? Do I fail to forgive a friend, to see things from her point of view? Do I take ownership of my own agency in painful or hurtful situations? How often do I ignore the challenge of reality; a challenge that forces me to examine my own identity and actions, and extends the same generosity towards others that I practice with myself?

Donald Trump’s stint as the GOP presidential nominee has exposed a deep bifurcation in the moral imagination of our culture. As a people, we allow ourselves to indulge in gossip, we scroll through tabloid articles of celebrity misbehavior, and laugh at the antics of the rich and famous on reality TV. We turn a blind eye to the misconduct of athletes, enabling rape culture and abuse while cultivating the appearances of decency. We allow the rich and powerful to be as morally decrepit and decadent as they desire, as long as they entertain us.

Donald Trump is currently living in the impossible pull of that double-standard. Now that he is running for the office of a public servant, his character, which has been a public persona for decades (and a financially lucrative one), is now coming under attack from the very media which supported him. He has a point that what he’s experiencing is incredibly unfair. By far and large, his outlandish behavior has been met with little correction, and from all appearances, he has received very few checks on his behavior, since he writes the checks. Trump exhibits instincts and behaviors all human beings experience, except he does not seem to feel any shame or embarrassment for them, or a need to correct them. As he currently appears, Donald Trump is a tragedy of moral education, and a cautionary tale for each of us to check our own habits of being.