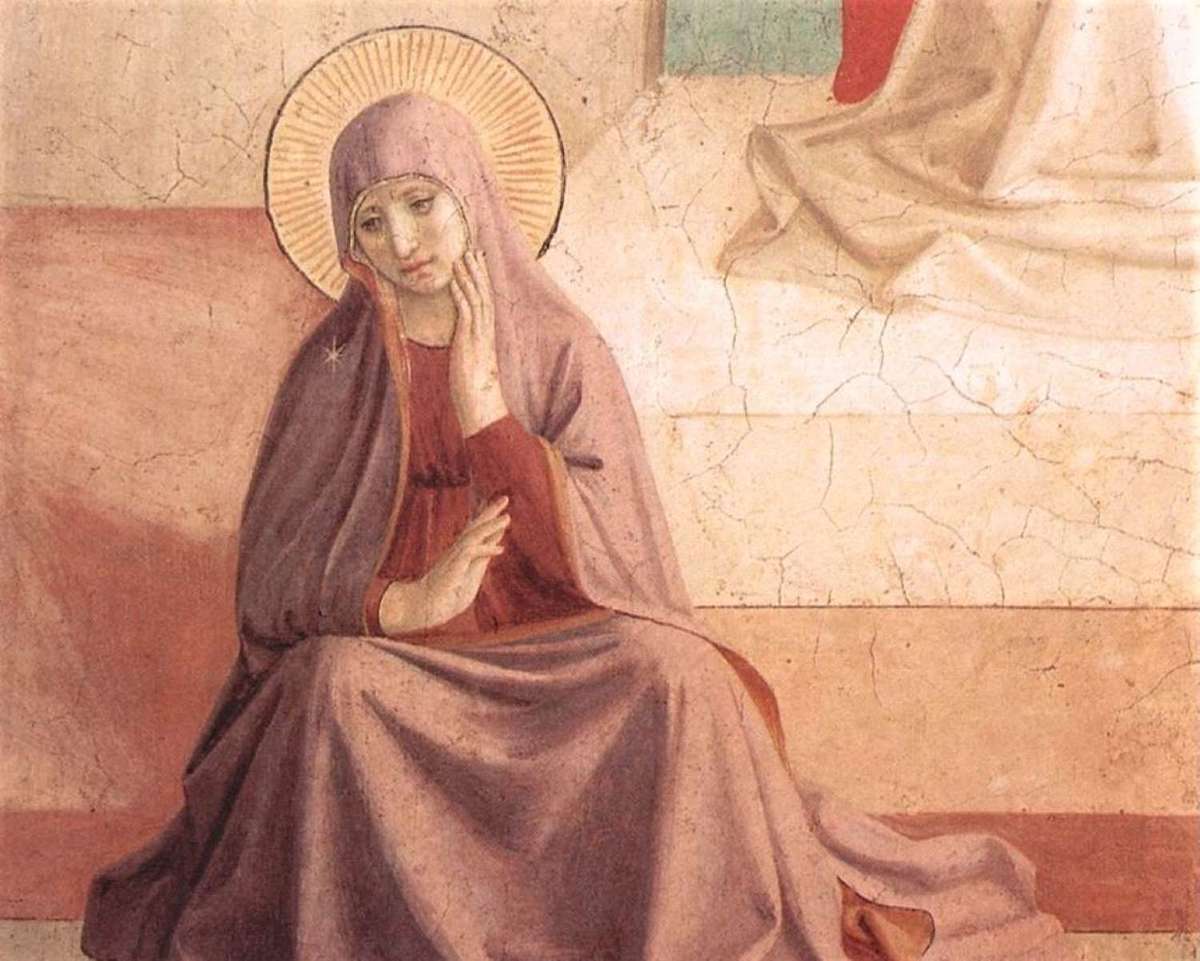 It is seven o’clock on a wintry morning at the start of a new year. Out of the window of my new home I can see the trees on the hillside begin to take shape against the soft light of a still hidden sun. I have been up for a while, unable to sleep beyond a five-hour stretch. These days, the darkest hour summons me, of necessity, to arms. This is when I pray: the wordless, hooded prayer of Job.

I am in my seventh year of grief. In 2014 I lost my husband: his last illness went on for three years and the experience nearly destroyed me. When my two eldest daughters departed for the United States, I settled near my youngest daughter and her partner, Dean. Over the course of the next few years I got to know and appreciate this wonderful young man. He looked out for me, helped me move house, and finally during lockdown this year, kept me sane and safe. He did not share my religion, but he treated it with respect.

For the Easter vigil, he built me a fire in the garden, and made me a special candle holder. He and my daughter sat with me as dusk fell and I listened to the Exsultet sung from Rome. I have a little film of him sitting in that same garden on Easter morning, pulling a decorative chick through a napkin ring. He was making a joke about “psycho-chicks” (what we called these bedraggled little yellow Easter bird toys with the googly eyes) getting into heaven before rich men.

Then in November, one month after his thirtieth birthday, Dean died in a freak accident off the south coast of England. Entering what he thought was the shallow water of a river near a coastal inlet, wanting to try out the feel of his new wetsuit, he was suddenly swept off his feet into the sea. In the space of a few minutes, he lost his life to a rip-tide and waves which showed him no mercy. My youngest daughter, the love of his life, witnessed it all and nearly died herself, trying to go in after him.

I am not going to dwell on the details. For one thing, they are still too raw. It does not really help to know that two other experienced swimmers, and several fishermen, lost their lives on the same stretch of the coast within a few weeks of his death. It is our boy we mourn because he was entangled with my family. The only thing I can think about now is his beautiful soul.

We had all, in recent times, been engaged in a rich dialogue about life, time, and eternity. About God, yes . . . only not in the proselytizing sense. Last Christmas, my eldest daughter’s husband and I sat with him (the boys nursing White Russians), ruminating, at his request, on our strange conversion stories. At the end of the conversation, he looked at us with an expression of tenderness that I shall never forget. I was not brought up with any of this, he said, but if you guys take it seriously, I can’t just dismiss it.

There was no need to press him. He had a keen conscience and an open mind. The man who supported his career-change to the craft of mechanical watchmaking described his defining character trait as curiosity. I knew Dean would find his way to what he needed to assess as verifiable truth, in his own time. Then time ran out, of course. In the middle of the month of the dead, during the great pandemic when wild swimming has resulted in more drownings than in any previous year, Dean’s drive to experience life to the full led him to a door he had not expected to find quite so soon. The hands of time stopped. Any speculation he had about what lay beyond became moot: theory was wrenched to praxis.

As I hunkered over and tried to keep my daughter from slipping into her own oblivion, the only thing that kept me remotely sane was the conviction—to the point of a vision—that my husband, Strat, had come to meet him in those waters. That he had taken the hands of this young man he also had loved, and helped him through that portal. Maybe he took him to look at the stars. They shared a passion for astronomy. One of the last times Strat went outside before entering the hospice for his final weeks, Dean had set up his telescope in order for him to look at the night sky. Venus was particularly bright in those days.

On Strat’s last birthday, we had held a superhero themed party. Dean had dressed as Thor. It was an appropriate choice. He had a magic axe, with which he cleaved wood for the fireplace, and a pair of strong arms with which he soothed and organized the material world into an order that no one else could quite match. When we were preparing for my eldest daughter’s wedding, he sat with us whilst we fashioned the bouquets, making little wooden structures and bending stems in his beautiful skillful hands. I joked that we could hardly add “flower arranging” to his CV: we would have to call it “botanical technician.” He laughed. I miss his laugh.

Of course, I was waiting for Dean to propose to Rosie. During lockdown, we watched his favorite TV series together: Detectorists. It is about a pair of metal detecting nerds roaming through the English countryside: they live in hope of finding a Saxon hoard, but usually they unearth nothing more than coke-can pulls. There is a scene in which the late, great Diana Rigg talks to her daughter’s boyfriend about the need to commit to the woman he loves. I stole a glance at Dean’s face. I wasn’t going to say anything. I knew he knew.

When he died, Rosie and he were just settling into their new home in Sussex, where he had gone to take up his dream job as a watchmaker, after two hard years of training. When I visited them in their idyllic new location, I eyed up the little village hall across the green from their cottage. It would make a lovely venue for a wedding party; perhaps next summer, when COVID was over. Instead it became the site of his funeral.

The village where they had lived for five short months, and the workshop where he had begun to work out his promise, mourned him as deeply as his friends and family did. Dean was someone who always had time to befriend, assist and listen to others. He behaved in a more Christian way than most Christians I know. I think he appreciated the fact that I trusted him to get things right, eventually. It would have been my privilege to become his mother-in-law. As it is, I remain his outlaw mother. And I stand without the Law, too, when I think of what happened to him.

Yet I cannot rail against the God who made such a wondrous creature and then took him, without warning, back to himself. Who has allowed my daughter to suffer such a shocking dislocation of her life, her happy plans. Like Job I hear that still, remote voice, reminding me that plans are for suckers. Dean thought that too. He would have bent the knee, had the notion taken him, some day as perfect as the last one they got to share. Instead, the water took him, without warning. A forcible baptism that had not been planned for at all.

For those of us who remain, the veil between time and eternity remains torn. I have nothing to throw at this except the thing which remains standing, shakily, on the implacable shingle of that last day. Faith is the only name I can attribute to the sharp stone that leaves its imprint on my hand, as the sea recedes with its prize. 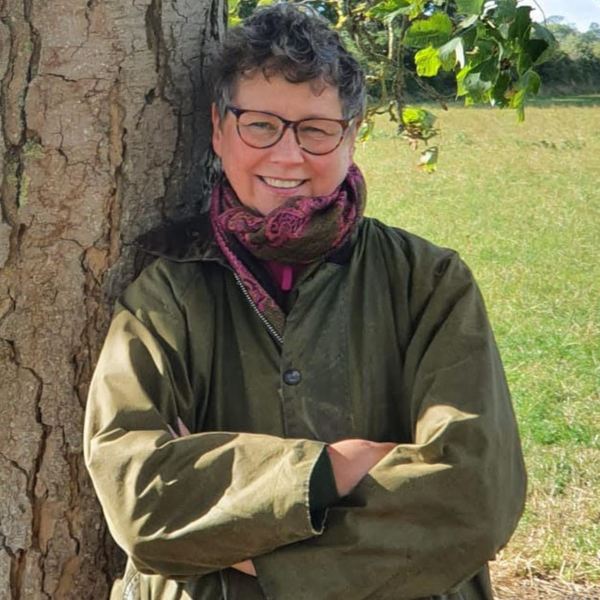 Leonie Caldecott is a writer and editor living in the West of England.

Making Sense of a World in Transition

The CSDL on what comes after a world of make-believe. 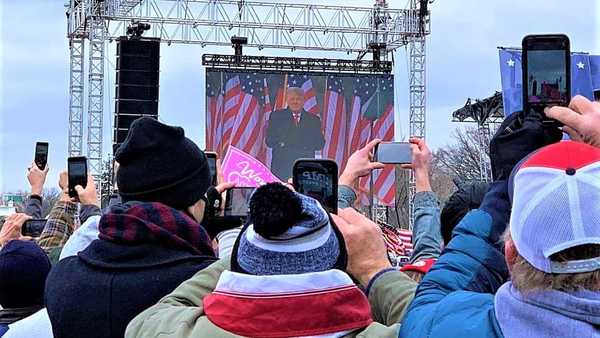