The sacraments confer and signify the life, death, and resurrection of Christ as efficacious signs of God's grace.[1] Christ instituted the sacraments. Through them the Holy Spirit gathers the Church into Christ's Body.[2] The sacraments reveal and restore our created nature as human beings who are related in love and made in the image and likeness of the Trinity.[3]

Each sacrament echoes the Incarnation.

God reveals his humility in the form of the sacraments, lowering himself into "corporeal and sensible" means to guide humanity toward "spiritual and intelligible" realities.[4] The body[5] is the inescapable site of the sacraments,[6] where Christ speaks in our tongue,[7] perfecting it,[8] so that we might learn to speak in his.[9]

A sacrament communicates the Word of God ritually.[10]

The reciprocal penetration of the Word and the sacrament hinges on the Church's faith[11] in God's unfailing promise of sacramental grace.[12] Fidelity to the divine Word is lived out in sacramental practice. In the sacrament, the Word promises the extension and perpetuation of Christ's redemptive activity throughout salvation history.[13] Sacraments concretely extend God's covenantal relationship and entail a certain death to self, conforming the Christian to the aqedah of Abraham, the fiat of Mary, and ultimately, the Paschal mystery of Christ[14] that culminates in resurrected life.

They make real, renew, and strengthen union with Christ and thus union with his whole Body,[16] the Church.[17] The Church is the visible hand of Christ's invisible grace in the sacraments.[18] The Church is a visible continuation of Christ throughout history: "an intrinsic symbol of the eschatologically triumphant grace of God."[19] Each sacrament is ordained towards the Eucharist[20] as the source and summit of the Christian faith, where Christ is substantially present uniting the Mystical Body.

In the sacraments, Christ draws near, calling, nurturing, and sending his disciples to preach the Good News to all ends of the earth.

Editorial Statement: This post is an introduction to a series by the author on the sacraments. During the month of April, Church Life Journal will consider the nature of the liturgical imagination in art, music, sacramental prayer, and ritual action.

[1] Catholic Church, Catechism of the Catholic Church (Vatican: Libreria Editrice Vaticana. 2000), §1127. "The sacraments confer the grace that they signify. They are efficacious because in them Christ himself is at work."

[3] God's essence is relational. By participating in the "I AM," we participate in being as fundamentally relational.

[4] Thomas Aquinas, Summa Theologica (Chicago, IL: Encyclopaedia Britannica. 1952), 3.61.1. "Sacraments are necessary unto man's salvation for three reasons. The first is taken from the condition of human nature which is such that it has to be led by things corporeal and sensible to things spiritual and intelligible."

[5] Maxwell Johnson, Sacraments and Worship: The Sources of Christian Theology (Louisville, KY: Westminster John Knox Press. 2012), 28. Rahner defines the body "as the manifestation of the soul, through which and in which the soul realizes its own essence."

[9] Nathan Mitchell, op. cit., 168. The medieval slogan "to follow in nakedness the naked Christ" suggests that we must strip ourselves down to put on Christ (Galatians 3:27).

[10] Maxwell Johnson, op. cit., 40. "The sacrament is the Word mediated under the ritual mode, different from the mode of Scripture" (Chauvet).

[11] Faith understood not as abstract trust, but as concrete and active obedience.

[12] Maxwell Johnson, op. cit., 37. "The only guarantee of the sacrament's efficacy is the Church's faith in the Lord's promises . . . the appeal to the 'unfailing Word,' the Church's faith that God will do what God promised to do."

[13] Ibid., 38. "The sacrament is far more than a visible vehicle for invisible grace, but an extension and perpetuation, in the Church's time and space, of Christ's redemptive, loving activity based upon a specific promise by the Word of the Lord."

[15] Henri de Lubac, Catholicism: Christ and the Common Destiny of Man (San Francisco, CA, Ignatius Press. 1950), 82. "Since the sacraments are the means of salvation they should be understood as instruments of unity."

[16] Ibid., 101. "From that body which was hung on the tree to the Church herself 'there is unceasing continuity.'"

[17] The Eucharist inundates Christians in the Body (of which Christ is himself the Head) through bonds of faith, hope, and charity. Baptism incorporates us into the Mystical Body through the grace of regeneration, and confirmation seals this union with the blaze of the Holy Spirit. Confession reconciles sinners and anointing of the sick reintegrates the afflicted into the Church as an efficacious sign of communion with God. Marriage draws couples into the self-gift of the Trinity and the espousal of Christ and the Church. In holy orders, the Spirit of Christ summons the Apostles not in a closed group, but "to light within them the fire of universal charity," (Henri de Lubac, op. cit., 110).

[19] Ibid., 28. "The Church in her visible historical form is herself an intrinsic symbol of the eschatologically triumphant grace of God," (Karl Rahner). 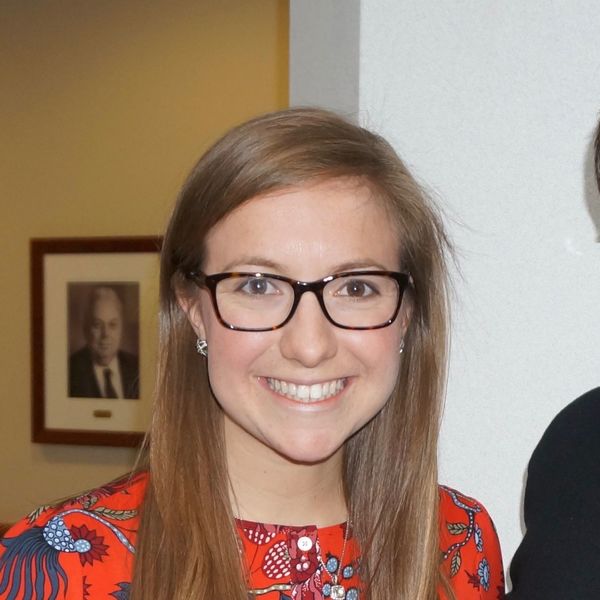